It certainly wasn't the kind of news you expect to hear – not when we've all read about the increased need for mental health programs and substance use disorder treatments, needs that only worsened during the pandemic.

"We made a difficult decision," said President and CEO Eric Pleskow, who owns BryLin. "We are now going to refocus on what we do best, which is providing quality inpatient behavioral health care to the Western New York community for 67 years."

Once the outpatient clinics close, BryLin's full attention will shift to its hospital on Delaware Avenue in Buffalo.

As the news broke May 3, BryLin said it was notifying the hundreds of people who receive care from the outpatient clinics, advising them to attend all remaining scheduled appointments as it worked to link them to other community providers.

BryLin said the outpatient clinics will not close until all patients have been placed with another provider.

"Unless and until that last patient is successfully transferred, the closure should not take place until then," said Cheryl Marino, 1199SEIU United Healthcare Workers East's lead organizer for BryLin workers.

BryLin said the closure of the clinics will affect 35 employees.

The union represents 214 members at BryLin, including 21 affected employees at the outpatient clinics.

Marino said the union will be bargaining over the effects of the closure.

In a statement, Pleskow pointed to his for-profit company being at a funding disadvantage on the outpatient level. Marino confirmed that was her understanding, as well – that BryLin wasn't eligible for some forms of federal funding that nonprofits can access.

"We had to make this very difficult decision because we simply cannot keep up, on an outpatient basis, with the funding that other local nonprofit outpatient clinics receive because of our for-profit status," Pleskow said.

Since BryLin is a private, for-profit enterprise, we have limited visibility into its numbers.

Some figures, though dated, are available via the Centers for Medicare & Medicaid Services. In 2018, for instance, BryLin logged gross revenue of $37.5 million, including about $31 million in inpatient revenue and $6.5 million in outpatient revenue, according to CMS data.

It is not the first time in its history that BryLin has confronted financial hurdles.

The company filed for bankruptcy in 2001, a year after its failed attempt to sell itself to a Maryland health care company.

The company formulated a reorganization plan in 2005, but didn't officially emerge from bankruptcy until 2013, the court docket shows.

Not long after that, BryLin Hospitals rebranded as BryLin Behavioral Health System and opened the outpatient mental health clinic – that it is now closing.

Can other providers step up?

No one was happy to hear about the closure of the outpatient clinics.

"This is terrible news," the Erie County Sheriff's Office tweeted, attributing the comment to Sheriff John C. Garcia. "We need more providers and resources to address these issues."

"I think we’ll be able to absorb the loss of an outpatient system," he said. "But there's a lot of people who got really good care at BryLin, and they'll have to start over in a new place, and that's tough. It's too bad it's happening, but health finance is a little different world post-Covid right now, and I think there will be a lot of changes that are driven financially – because that's how the world works."

Could this happen again?

It is riddled with workforce and burnout issues and, traditionally, the rate of reimbursement for services hasn't been adequate.

What's helped BestSelf: It operates as a Certified Community Behavioral Health Clinic, a federal concept created to provide comprehensive, integrated behavioral health care and a status that opens the door to funding opportunities.

BestSelf, which has an annual budget of $91.4 million and serves more than 40,000 children and adults across Western New York, also has the size, scope and specialty to negotiate higher rates with commercial payers.

It can be difficult for smaller players.

"It's going to be more difficult for them to stay financially viable, so I think we'll continue to see this as we go along unless there are changes to the system," Woike-Ganga said. "I think we're going to see more partnerships, more consolidations."

In fact, on May 3 – the same day the news about BryLin broke, BestSelf's board of directors announced it had received state approval for Renaissance Addiction Services Inc. to join BestSelf.

• BryLin petitions for bankruptcy protection (from 2001)

Catch up on news tied to Buffalo Niagara's economy:

The confrontation that led to a felony charge against Christopher H. Koch, CEO of New Era Cap Co., began Saturday night when his girlfriend's ex-husband pulled up and abruptly confronted Koch by Oliver’s Restaurant.

A federal complaint filed against Starbucks accuses the company of engaging in illegal workplace behavior toward employees of its Buffalo-area stores.

Mickey Rats Beach Club is planning to open for business again by Memorial Day, for what may be its final summer, as plans for its redevelopment are proceeding but have been delayed, while neighboring Captain Kidd's has already been demolished.

Dr. Todd E. Shatkin's $7.85 million project to create a dentistry college alongside his existing Amherst businesses is drawing criticism over the unusual structure of the relationship with Daemen College, and his bid for nearly $400,000 in sales tax breaks.

A $1.5 million donation to the John R. Oishei Children's Hospital from KeyBank and the First Niagara Foundation will further develop and sustain a program to address maternal health and racial equality in health care.

Amid a contract dispute with National Fuel Gas, IBEW Local 2154 representing the utility's workers in Southwest New York state and Northwest Pennsylvania is holding out the possibility of going on strike.

Katherine Conway-Turner, president of SUNY Buffalo State, discussed with The News the future of the school, the challenges ahead, and the needs of new students and how the school is addressing them.

Union Workers at a Starbucks store at Delaware and Chippewa held a one-day strike after the Starbucks interim CEO's comments about extending pay increases and enhanced benefits to workers at stores that are not organizing.

The Super Flea is back, and its coming to the Buffalo Outer Harbor for a four-month span on select weekend dates starting June 4, with at least 350 vendors selling their wares.

Roswell Park is planning to rehab a historic 1,300-square-foot house at 907 Michigan Ave. while constructing a significant modern addition to the south that will more than double its size.

Jericho Road Community Health Center has purchased a former assisted-living facility in Buffalo for $2.05 million, with plans to renovate the structure and use it to assist asylum seekers.

Niagara University received its largest gift in the university’s 166-year history as Jeff and Mary Helen Holzschuh gave their alma mater $10 million, earning their name on its business school.

Ellicott Development Co. is planning a mixed-use project of some type at a former KeyBank branch on the Elmwood Avenue property it recently purchased.

Moog Inc. has closed its Russian office and expects to lose a few million dollars in sales because of the war in Ukraine.

Four reads from Buffalo Next:

1. Tops Friendly Markets is making upgrades to many of its local stores: They're not only improving its look and product offerings, but also updating its technology and reducing electricity costs by using solar farms to provide renewable energy.

2. Costco will open its first Western New York store in what is considered one of the busiest shopping districts in the Buffalo Niagara region – the Niagara Falls Boulevard retail corridor. So, how will it fit?

3. Buffalo's angel investors all hope to hit it big, but that is not their primary motivation. They see investing in startups as their way of contributing to the region's economic resurgence.

4. Energy road map calls for sweeping changes for WNY homeowners: A new statewide energy plan being debated would gradually phase out the use of natural gas in homes and buildings, in favor of greater reliance on electricity.

The Buffalo Next team gives you the big picture on the region’s economic revitalization. Email tips to buffalonext@buffnews.com or reach Deputy Business Editor David Robinson at 716-849-4435. Want to talk about health care? Reach Jon Harris at jharris@buffnews.com or 716-849-3482.

When Carl J. Montante III first planned to convert a vacant West Side warehouse-turned-photo studio into apartments, he was prepared to seek 13 different tenants to lease up the new apartments he planned to create at Bush Lofts. Instead, he had to make just one call – to D'Youville University.

Donations to assist families of mass shooting victims rise to $900,000

New Era Cap. Co. and other members of business community are stepping up with financial assistance totaling at least $900,000 to help the families of the 10 victims of Saturday's mass shooting at the Tops Markets store on Jefferson Avenue.

How far does your rent dollar go in Buffalo Niagara?

Amherst's University Commons office park could be turned into 500 apartments

The CEO of North Forest Office Space is asking the town to rezone the properties – currently designated as "research and development district" – to newer mixed-use categories that would allow for taller and denser buildings.

The board tabled the matter to allow more time to find alternative solutions.

Savarino Companies is eager to move ahead with its plans for a big redevelopment project along the Scajaquada Creek in Buffalo, but first it w…

'Parents are scrambling': The search for baby formula is on as shortage hits Western New York

Supermarkets and pharmacies have been struggling to keep formulas in stock, with many putting limits on formula purchases so that all customers are able to have access to the available inventory.

Joseph Paolini, who owns Paolini Enterprises Inc. in Sanborn, is proposing to construct five new buildings on a 4-acre site at the corner of Gibson Street and Hackett Drive. 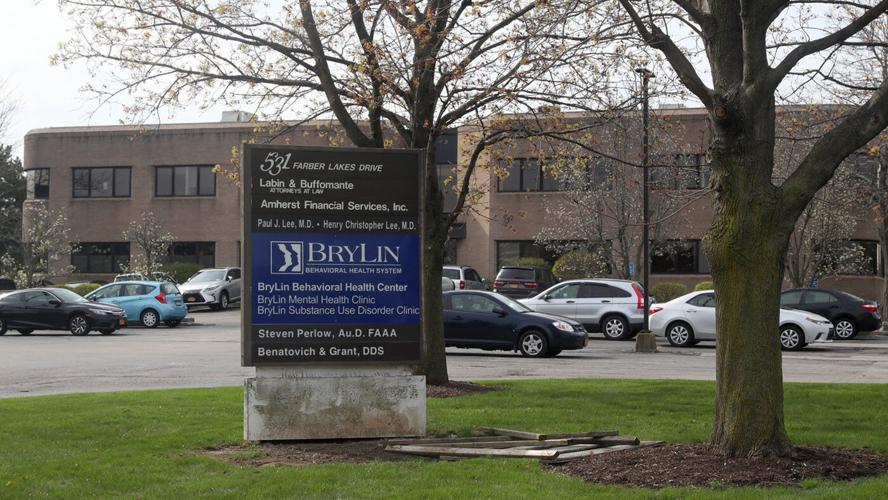