BY BUFFALO NEXT STAFF

WHAT TO WATCH FOR THIS WEEK

A look ahead at what's coming next and a quick read of news from the past week.

The Buffalo-area business community and large employers around the region have stepped up in many ways to assist the families of the 10 deceased and those directly affected by the mass shooting that occurred May 14 at the Tops Markets on Jefferson Avenue. Those efforts are expected to continue in the weeks ahead.

Among the most substantial funds raised includes Tops pledging $500,000 toward the Buffalo 5/14 Survivors Fund, the GoFundMe fundraiser established by the National Compassion Fund. The goal of raising $1 million has already been exceeded.

In partnership with Tops, the National Compassion Fund will provide direct financial assistance to the survivors of the deceased and those directly affected by the massacre.

Also, dozens of local funders, coordinated by the Community Foundation for Greater Buffalo and United Way of Buffalo & Erie County, came together to establish the Buffalo Together Community Response Fund.

The Buffalo Bills Foundation and NFL Foundation announced Wednesday that each will donate $200,000, for a total of $400,000, in the wake of Saturday's mass shooting. Half of that money will go to the response fund.

The funds will address immediate needs in the community, long-term community rebuilding and systemic issues that have marginalized communities of color. Specific guiding principles and processes for directing the fund's resources will be developed after discussions with community members.

On Tuesday, we'll get a look at the latest unemployment figures for the Buffalo Niagara region when the state Department of Labor releases them for April.

The jobless figures are coming out after last week's report on employment for the month of April. The Buffalo Niagara region showed a modest gain in new jobs compared to a year earlier, but the rate of increase still lagged the state and national rate of job growth over the same period.

The region's unemployment rate in March was 4.3%, which was the lowest for any March since at least 1990, according to Labor Department data. The region's jobless rate has been below 5% since September.

The region's employers continue to cope with a persistent issue: a lack of available workers to hire and fill their job openings. Those companies are also feeling economic pressure from inflation and supply chain issues.

Recent unemployment rates for April have reflected the drastic swings the economy has gone through since the pandemic hit in March 2020. In April 2020, the region's jobless rate was a staggering 21.6% – the highest it would go amid pandemic-induced shutdowns. By April 2021, the rate was down to 6%, reflecting the rebound many industries experienced.

Kaleida Health contract talks: For several weeks now, Western New York's largest health care provider and the two unions representing about two-thirds of its workers have been meeting three days a week – Tuesday, Wednesday and Thursday – as the two sides work on ironing out a new contract.

They're also back to meeting at 1199SEIU United Healthcare Workers East's headquarters on Main Street in Buffalo. A structural issue at the building had forced negotiations into Buffalo General Medical Center's Swift Auditorium for about a month.

After two months of negotiations, the two sides have agreed to extend the existing master bargaining agreement, which was set to expire May 31, until June 30. Negotiations in previous contract cycles also have extended well beyond the expiration date.

To date, Kaleida Health said it and the unions have reached tentative agreements on 62 articles, 38 memoranda of understanding and six letters of intent, which represent the majority of all non-economic issues in the contract.

Much work remains, however.

43North-winning company ShearShare is hosting a community night for beauty and barbering professionals at 3:30 p.m. Monday at the Seneca One tower, 1 Seneca St., Buffalo. The event is a chance to network, hear industry tips from ShearShare cofounder Tye Caldwell and learn how to increase income. To register, visit shearshare.com/events.

Steuben Foods will host a job fair 10 a.m. to 3 p.m. Friday at its facility, at 1150 Maple Road in Elma. The food manufacturer is hiring to fill a wide range of jobs.

CATCH UP ON LAST WEEK

New York State's $14 million investment into creating a breakwall for Olcott Harbor is starting to pay off, as local businessman David Hedley is planning to bring a two-story mixed-use project along the harbor's east federal pier, with shops on the first floor and a boutique hotel upstairs.

A new 250-seat facility is coming to Canterbury Woods' Amherst campus. The community performing arts center is designed to be comfortable and appealing for both Canterbury residents and the general public.

Highmark is donating $300,000 to honor Katherine "Kat" Massey, who worked for 40 years for the health plan that is today Highmark Blue Cross Blue Shield of Western New York. She was killed in Saturday's mass shooting at the Tops Markets on Jefferson Avenue, and the money will go toward helping those affected by the tragedy. A number of other large employers are stepping up to help in the wake of Saturday's tragic events.

The Hamburg Industrial Development Agency is considering rescinding Ford Motor Co.'s $3.1 million in tax breaks for long-term investments in its Buffalo Stamping Plant because the company would not commit to maintaining its current job level as part of the five-year project.

West Seneca insurance firm Aebly & Associates is seeking tax breaks for a relocation and expansion project on Union Road that will provide for a more appealing space than the two cramped offices where it currently resides on Seneca Street.

Paolini Enterprises Inc. in Sanborn is proposing to construct five new buildings using a portion of the 42-acre former Spaulding Fibre plant in the City of Tonawanda that will be leased out to small light manufacturers and distribution companies.

Before it can move ahead with its plans for a redevelopment project featuring an apartment complex along the Scajaquada Creek in Buffalo, Savarino Cos. will have a major cleanup job ahead of it after decades of contamination by the site's prior users.

Two Buffalo expats, one who founded Zephyr Partners and the other who owns CrossCountry Mortgage LLC, are offering to cover all the funeral expenses up to $50,000 for the 10 victims of Saturday's mass shooting at the Tops on Jefferson Avenue in Buffalo.

Douglas Jemal is committing at least $100,000 for the families of the victims of the mass shooting at the Tops Markets on Buffalo's East Side. He said he will attempt to go to fellow businesspeople in the area to help raise the money or make the donation himself.

KeyBank has pledged to donate $250,000 from the KeyBank Foundation to support families of the victims of Saturday's mass shooting.

CleanFiber is expanding its Blasdell plant after securing $14 million in debt financing from California-based Lapis Advisers LP, along with $37 million in previously announced financing.

The Tops Markets store on Jefferson Avenue will reopen, but is first prioritizing getting its employees from the store access to counseling and support they may need and its customers access to the food they require while the grocer is closed.

1. Ex-bull rider Rick Gardner has become the University at Buffalo's startup guru: He's helping UB pave the way for entrepreneurs with a program dubbed the Cultivator, a nursery for sprouting startups.

2. Doctor recognized for providing aid in strife-torn regions: Dr. Aaron Epstein has been splitting his life between surgical shifts in Buffalo and leading the humanitarian aid group he founded in 2015. Now, he's in line for one of the nation's top civilian awards.

3. Rachel's Mediterranean grill expands beyond Buffalo home: Rachel's has made it big in Western New York, and the family-owned business is now trying to expand the concept down the Thruway in New York and in larger markets such as Fort Worth, Texas.

4. Mickey Rats gets one more summer, but Captain Kidd's gives way to townhomes: Ellicott Development Co. CEO William Paladino said the real estate company is trying to get Mickey Rats Beach Club open for business again by Memorial Day, for what may be its final summer.

5. Nationwide shortage of baby formula hits home: Parents in the Buffalo Niagara region are feeling the impact of the shortage. Here's how some local families are scrambling to get what they need for their babies.

Alan Pergament: Orlovsky, Riddick split of analysis is unnecessary but not as annoying as ESPN split screen

"If I wanted to split the screen, I would have done it myself," says Pergament, who comments on more highs and lows of the telecast.

'It's a deep hit': Bills express concern after scary injury to Dane Jackson

“Dane has full movement in his extremities, which is good, and I mean you go from the real part of it here; you go from being a coach to just being a human when I'm out there watching him getting loaded into the ambulance,” McDermott said.

Report Card: Bills are near perfect in blowout win over Titans

Josh Allen hasn’t done anything through the first two weeks of the season to quiet any of the MVP talk surrounding him, Jay Skurski says. 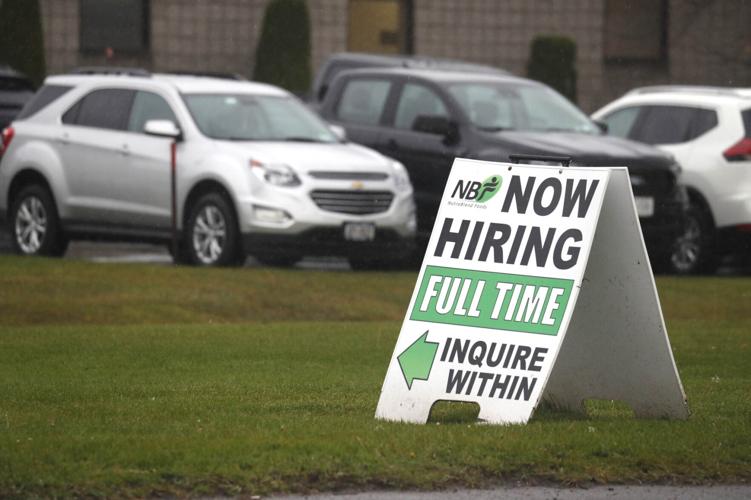 The State Labor Department will release its monthly jobs report, and economists will be watching to see if the region was able to maintain the hiring momentum it built during the first three months of the year.