One of the biggest challenges early-stage startup companies face is accessing the funding needed to get their business off the ground.

In financially conservative and risk-averse communities across Western New York, finding investors willing to take a chance on a young company is even harder, said Marnie LaVigne, CEO of Launch NY, a Buffalo-based venture development organization that supports early-stage startup companies by providing them with access to capital and free mentoring.

Gov. Kathy Hochul announced the creation of the fund in early January, which will offer young startups investments between $50,000 to $250,000, matched with funds from private investors.

The program is intended to support the development of businesses in high-growth industries and the creation of 21st century jobs, according to the state. It also will expand access to venture capital to those in underserved geographies and historically marginalized people and companies.

Pre-seed investments are perhaps some of the most important funds a young startup needs, but also the most difficult to get. That early-stage capital gives companies the resources they need to get off the ground and keep growing.

That's why the state is targeting those companies with this fund.

The difficulty in raising these funds is often compounded for marginalized founders, LaVigne said.

"You're usually working with entrepreneurs who have not been there and done that," she said. "So the notion that you're going to open your wallet and provide capital for someone who not only has an untested idea, in many cases, but is untested as a business leader is pretty risky. And often, that is not a barrier that an entrepreneur can overcome, especially underrepresented founders."

But, having matching funds from the state is a great way to increase private investors' confidences, LaVigne said.

"This is a great way to approach new investors and get those investors excited about the fact that there's additional dollars ready to come into this company side by side with theirs," she said.

How could this fund impact Western New York?

LaVigne believes this type of program is perfect for startup founders in Western New York.

In areas such as New York City and the Silicon Valley, it is not uncommon to see investors giving $500,000 to early-stage companies. But that's not the case in Buffalo, LaVigne said.

"We see our entrepreneurs being really scrappy in terms of what they can get done with a small amount of money," LaVigne said. "But it is a game changer if you could double that money right out of the gate.

"The acceleration that we could see here is maybe even more pronounced in upstate New York, because we don't really have that type of ready capital among family and friends and angels coming as easily as it does in major metros. This program is designed to make a world of difference in underserved geographies, as well as in marginalized populations, overall."

Where is the money coming from?

The $30 million fund is a piece of a larger program intended to support New York State businesses continuing to recover from the Covid-19 pandemic.

What kind of companies qualify?

To qualify for the program, companies must have raised less than $2 million, have their headquarters and and least one C-suite employee in New York and focus on one of the following technology markets:

• Data/software as a service/artificial intelligence

LaVigne encourages all young companies to take a look at the state's website to see if they qualify.

"I imagine these dollars will go pretty quickly," she said.

Tesla provided the latest update on its solar energy business and its Buffalo factory.

Hilbert College is buying a small, career-focused college with campuses in West Virginia and Ohio.

Want to buy an elementary school? The City of Tonawanda school district is selling two of them.

Amherst snack maker Mister Snacks is being acquired by a Pennsylvania company that is shutting down its local operations.

TopSeedz and Linita Design are each in line for $750,000 in low-interest loans from an affiliate of the Erie County Industrial Development Agency.

If it wasn't bad enough that a suspicious fire caused extensive damage to the former Buffalo Grand Hotel more than a year ago, now water damage caused during the blizzard is making things worse.

Evergreen Health is planning to expand in East Buffalo.

The Village of Lancaster is getting $4.5 million in state funds for downtown revitalization efforts.

The details are starting to come out about a new Buffalo Bills stadium deal.

1. Niagara University grows food marketing program with 'who’s who' of industry leaders: Western New York has some 1,200 companies involved in food manufacturing, distribution, retailing and/or warehousing, putting it in the top five markets for the industry nationally, according to Niagara’s Food Marketing Center of Excellence.

2. Why Buffalo Niagara's labor shortage is still the biggest factor behind sluggish hiring: The Labor Department reported the region added 1,800 jobs during December – a tepid increase that, if it continued, would mean it will be another 14 months before the region regains all its lost jobs.

4. Damar Hamlin's Chasing M's Foundation isn't so little anymore: With donations flowing in since the Buffalo Bills safety suffered cardiac arrest during a Jan. 2 game, the foundation now needs to make fundamental changes to manage and distribute its assets and to ensure the proper oversight, experts said.

5. For looted stores, a costly recovery: Stores looted during the December blizzard have been scrambling to reopen. But the process is involved and insurance doesn't always cover the costs.

Allen will be replaced by Baltimore Ravens quarterback Tyler Huntley.

Letter: Grant no more excuses for the Buffalo Bills

The Buffalo Bills once again ended the season on a disappointing note along with a handful of excuses of why they can’t win the big game. This…

Bills tight end Dawson Knox and his lost wallet were reunited in Las Vegas on Monday night in another example of the uniqueness of Bills Mafia. 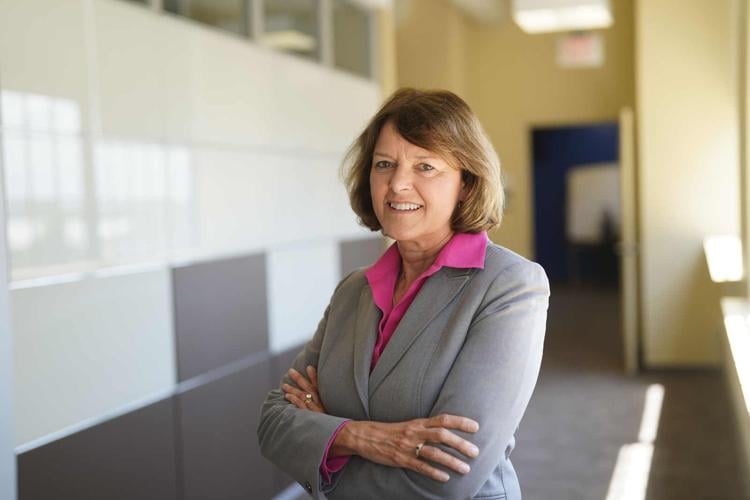