Subscribe for $1
Read Today's E-Edition
Share This
Buffalo Next: How far does your rent dollar go in Buffalo Niagara?
0 Comments
Share this
Support this work for $1 a month

That apartment is how much?

In our last episode of "you get what you pay for," Buffalo was a shining example of getting the most bang for your buck in buying home. Now, let's look at apartments.

A study by RentCafe, a nationwide apartment search website and division of Yardi, found that a renter in Buffalo paying $1,500 a month can get an average of 1,014 square feet of living space – which could translate to a three or four-bedroom apartment, depending on the configuration.

For the same amount, you'll get just 262 square feet in Manhattan. That's the size of a one-car garage. In Boston, it's 340 square feet. San Francisco offers 345 square feet.

Overall, the study found that cities in the South and Midwest offered the best deals for renters, while the cities on the East and West coasts were the worst.

And if you break it down even more locally, Niagara Falls offers the best deal, with 1,485 square feet for $1,500. That's followed by Orchard Park and West Seneca, at 1,253 and 1,187 square feet, respectively. Buffalo ranked seventh among the top 10 municipalities locally, followed by East Amherst at 966, Tonawanda at 930 and Amherst at 901 square feet.

An expanding business is driving a Clarence cement contractor to construct a new multi-unit heated warehouse and office building in the town so it can store its equipment and construction vehicles, particularly during the winter months when it can't pour concrete.

Michael Giangrecco's GMA Concrete Design wants to build a one-story storage building in an industrial business park at 9377 County Road in Clarence. It would include three warehouse spaces, a front office area and nine parking spaces, and would be used to store and protect dump trucks and trailers when they are not on commercial construction sites.

Designed by MPD Architecture of Newfane and Studio T3 Engineering, the 8,113-square-foot building would be primarily metal siding and roofing, with some stone veneer and Hardi-plank wood trim. The building would occupy only a small part of the 3.7-acre site, most of which would remain open space. The site was recently split from a larger parcel that houses a sod and landscape supply business.

The project was reviewed last week by the Clarence Planning Board. The panel also approved a new parking lot, driveway and other changes to Bank on Buffalo's branch property at 9470 and 9490 Clarence Center Road to separate the bank facility from an adjacent residential home. And the board launched an environmental review for a proposed 149-foot-tall Verizon Wireless cell tower at 6879 Salt Road, which is to be erected by Tarpon Towers II.

Meanwhile, in Lancaster, the town Planning Board examined a proposal by Try-It Distributing to construct a fenced-in parking lot for CNG delivery trucks at 4155 Walden Ave., to hold up to 35 box trucks, 20 day cabs and 25 cars, with motorized security gates. Lancaster officials also reviewed:

• A proposal by the Broadway Group of Alabama for a 10,640-square-foot, free-standing Dollar General store at 5807 Broadway.

• Rezoning of 4781 Transit Road, demolition of the 8,000-square-foot former Forestview Restaurant, and construction by Forestview owner George Peppes of a 27,000-square-foot, three-story building with 8,200 square feet of first-floor commercial space and 14 apartments, as well as a separate 2,000-square-foot bank branch and drive-thru.

With tax breaks in hand from the Erie County Industrial Development Agency and state incentives in the works, Canadian truck-bed cover manufacturer Worksport Ltd. has completed its purchase of the former Certo Brothers Distribution Co. complex in West Seneca.

Worksport bought the 152,847-square-foot property at 2500 North America Drive for $8.125 million, and plans to shift its manufacturing operations from Yantian, China, to the 14-acre property, along with some headquarters work from Mississauga, Ontario, according to Pyramid Brokerage Co. of Buffalo, which handled the sale opposite Tudor Collins Commercial Real Estate. Sixteen employees will be hired locally.

Catch up on news tied to Buffalo Niagara's economy

Despite ongoing challenges facing the automotive industry, Buffalo's ACV Auctions has continued to find ways to innovate and grow through its service offerings, and as a result, reported a 49% increase in revenues during the first quarter of 2022.

Developer Paul Kolkmeyer's Priam Enterprises is seeking permission to convert the 36 apartments in The Glenny Building into condos, with plans to follow suit with the 64 units in the adjacent Marin Building – following a recent trend in the Buffalo market.

After going public on the stock exchange in March 2021, ACV Auctions' stock price shot up to more than $33, but the shares have steadily declined since. ACV shares fell nearly 8% Wednesday to close at an all-time low of $8.20.

A pair of residential complexes on North Forest and Maple roads that would bring 300 apartments to the middle of Amherst, the region's largest suburb, is being proposed by Bliss Construction and PB Investors.

Five solar-power projects in Chautauqua County have been given final or preliminary backing for tax-break requests. The projects, valued at more than $23 million, will generate more than 20 megawatts of electricity in all.

Erie County Clerk Mickey Kearns says there's a serious problem with more than 10,000 properties across Erie County that are facing hundreds or thousands of dollars each in late property taxes.

After slashing costs in the first quarter, Buffalo biopharmaceutical company Athenex Inc. is pivoting its focus, trimming its expenses and strengthening its balance sheet while focusing on developing cell therapy programs.

The confrontation that led to a felony charge against Christopher H. Koch, CEO of New Era Cap Co., began Saturday night when his girlfriend's ex-husband pulled up and abruptly confronted Koch by Oliver’s Restaurant.

A federal complaint filed against Starbucks accuses the company of engaging in illegal workplace behavior toward employees of its Buffalo-area stores.

Mickey Rats Beach Club is planning to open for business again by Memorial Day, for what may be its final summer, as plans for its redevelopment are proceeding but have been delayed, while neighboring Captain Kidd's has already been demolished.

Dr. Todd E. Shatkin's $7.85 million project to create a dentistry college alongside his existing Amherst businesses is drawing criticism over the unusual structure of the relationship with Daemen College, and his bid for nearly $400,000 in sales tax breaks.

A $1.5 million donation to the John R. Oishei Children's Hospital from KeyBank and the First Niagara Foundation will further develop and sustain a program to address maternal health and racial equality in health care.

Amid a contract dispute with National Fuel Gas, IBEW Local 2154 representing the utility's workers in Southwest New York state and Northwest Pennsylvania is holding out the possibility of going on strike.

Katherine Conway-Turner, president of SUNY Buffalo State, discussed with The News the future of the school, the challenges ahead, and the needs of new students and how the school is addressing them.

The Super Flea is back, and it is coming to the Buffalo Outer Harbor for a four-month span on select weekend dates starting June 4, with at least 350 vendors selling their wares.

Roswell Park is planning to rehab a historic 1,300-square-foot house at 907 Michigan Ave. while constructing a significant modern addition to the south that will more than double its size.

Four reads from Buffalo Next:

1. Tops Friendly Markets is making upgrades to many of its local stores: Tops is not only improving its look and product offerings, but also updating its technology and reducing electricity costs by using solar farms to provide renewable energy.

2. Costco will open its first Western New York store: It will be coming to what is considered one of the busiest shopping districts in the Buffalo Niagara region – the Niagara Falls Boulevard retail corridor. So, how will it fit?

3. Buffalo's angel investors: They all hope to hit it big, but that is not their primary motivation. They see investing in startups as their way of contributing to the region's economic resurgence.

The Buffalo Next team gives you the big picture on the region’s economic revitalization. Buying a building? Redeveloping a property? Got a tip? Reach Real Estate & Development reporter Jonathan D. Epstein at 716-849-4478 or email him at jepstein@buffnews.com. 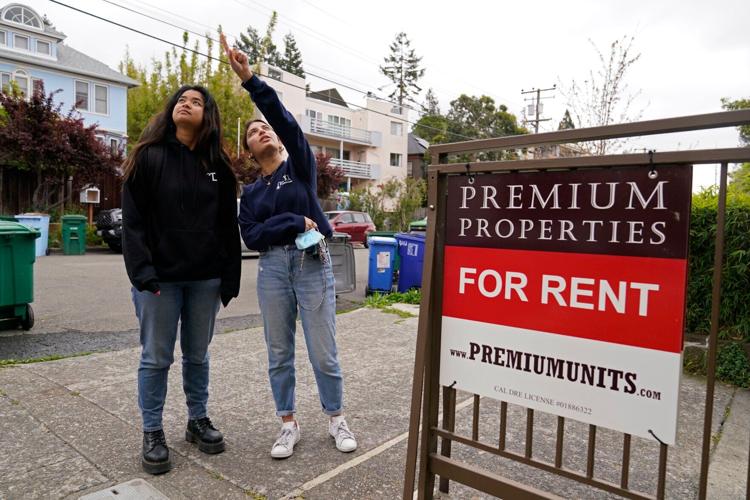