Elmwood entrepreneur is back in high spirits

Nick Kotrides, the entrepreneur who made a career on Elmwood Avenue with Faherty’s and Toro Tapas Bar, is bringing his newest brand to where it all began.

Uncle Jumbo’s Distillery will open its first tasting room at 470 Elmwood, at Hodge Avenue, the former Louie’s that was last Newbury Salads.

There, Kotrides will get to personally convey his enthusiasm for Uncle Jumbo’s alcoholic products: vodkas, hard sodas, lemonades, teas and more, powered by spirits distilled from Western New York grain.

“I can't believe how excited I am, more so to come back on the 400 block than anything else, because I literally grew up here,” Kotrides said. “I came on the 400 block right out of college in 1989, and we were here until 2016.” After Kotrides sold the properties, they became Thin Man Brewery’s Elmwood location.

Because it didn’t make sense to open a public facility in 2020, Uncle Jumbo’s focused on spreading the word via its product.

“We're in five different states, and we're ready to get into Canada,” Kotrides said. “I believe we're the only distillery in New York State without a tasting room, which is good because we did the hard part first, which was create distribution.”

Moving product is one thing, but “I wanted to do this to connect one-on-one with my customers. This will be five days a week, and limited hours, but there will be a connection that is direct.”

The operation will be a tasting room, not a restaurant, but Kotrides expects to work with other local chefs to offer pop-up menus from a variety of restaurants in the space, and possibly get a small smoker to produce barbecue.

He hopes to have the place open in October.

Gusto Vinyl Happy Hour: Join a discussion and hear live band performances of the Allman Brothers Band's "Fillmore West 71," Stevie Wonder's "Songs in the Key of Life" and Santana's "Abraxas." A hand-picked selection of Buffalo's finest musicians perform their own interpretations of tracks from the albums. Join us at Sportsmen's Park on Saturday, July 31 at 3:30pm. Get your tickets >>

Chris' NY Sandwich Co.: Two-fisted sandwiches and generously proportioned salads made with care - and better-than-average ingredients - have the tables full again at Delaware Avenue's longtime lunch favorite. Try the goat cheese, fresh orange, and berry salad with creamy raspberry dressing, the Black Angus steak sandwich with Cajun onion fries, or the dill smoked turkey salad. Chris Vendetti and his team work hard to make lunchtime a satisfying routine for customers who'd rather not go too many workweeks between chicken Milanese salads or turkey-apple-brie sandwiches they can finish for dinner. Read more

Next week: Falafel Bar: Dishes of the Levantine, like hummus and chicken shawarma, are everyday fare in Buffalo. At Falafel Bar, an Israeli restaurateur offers versions elevated by careful cooking and robust spicing. Crispy chicken schnitzel as a sandwich or platter, chicken wings tossed in fresh green Yemeni hot sauce, and charred eggplant pointed up with tahini, garlic, and lemon are all reasons to visit its recently reopened its dining room. Brunch, another new development, features dishes like shakshuka, eggs poached in garlicky tomato sauce, served with challah bread, as well as eggs and challah french toast. Read 2018 review

Kaylena's rises: Mammoth cinnamon rolls and a bevy of other baked goods started flowing from Kaylena Eisenhauer's new location Thursday. At 3144 Orchard Park Road, there's more room for production, which means it will take Kaylena's longer to run out, a tragically frequent occurrence at her former location. Ben Tsujimoto fills you in. Read more

Inizio initiative: Elmwood Avenue's housemade pasta specialist is switching its Sunday brunch to an afternoon affair. Called Ora d'Oro ("the golden hour"), set for 2 to 7 p.m., it'll feature new dishes the kitchen is trying out, as well as old favorites from dinner and brunch menus, with live music in the dining room. Read more

Until I have a chance to do my salad bar tour, here are the nominees for your perusal:

Brecher’s decision to leave came less than a week after her husband, WIVB meteorologist Andrew Baglini, announced that his final day at the station is Wednesday.

As talks simmer for a new Bills stadium, some of the basics already are in dispute

A spokesman for Pegula Sports & Entertainment said the $1.1 billion figure for the stadium's cost was inaccurate, but declined to say whether the figure was higher or lower. 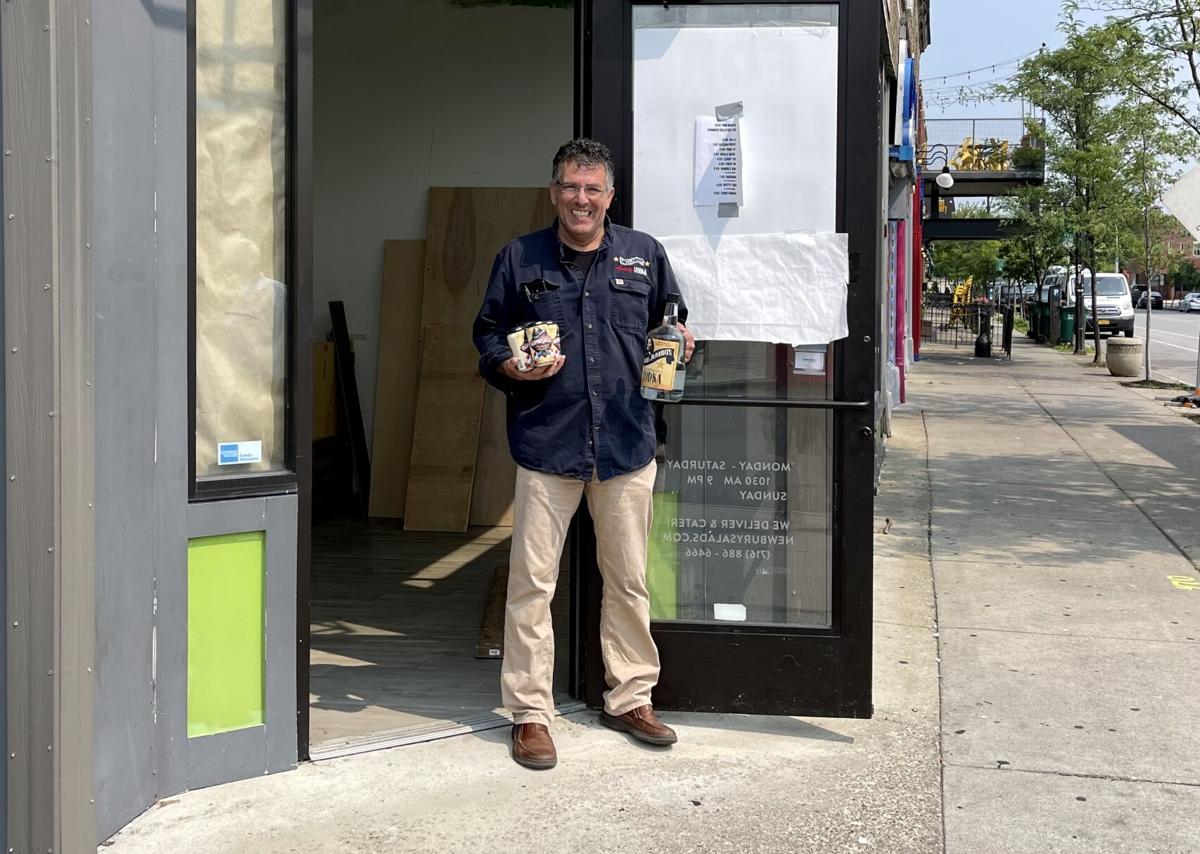 Owner Nick Kotrides is bringing his liquor line to the people on his favorite Buffalo block. 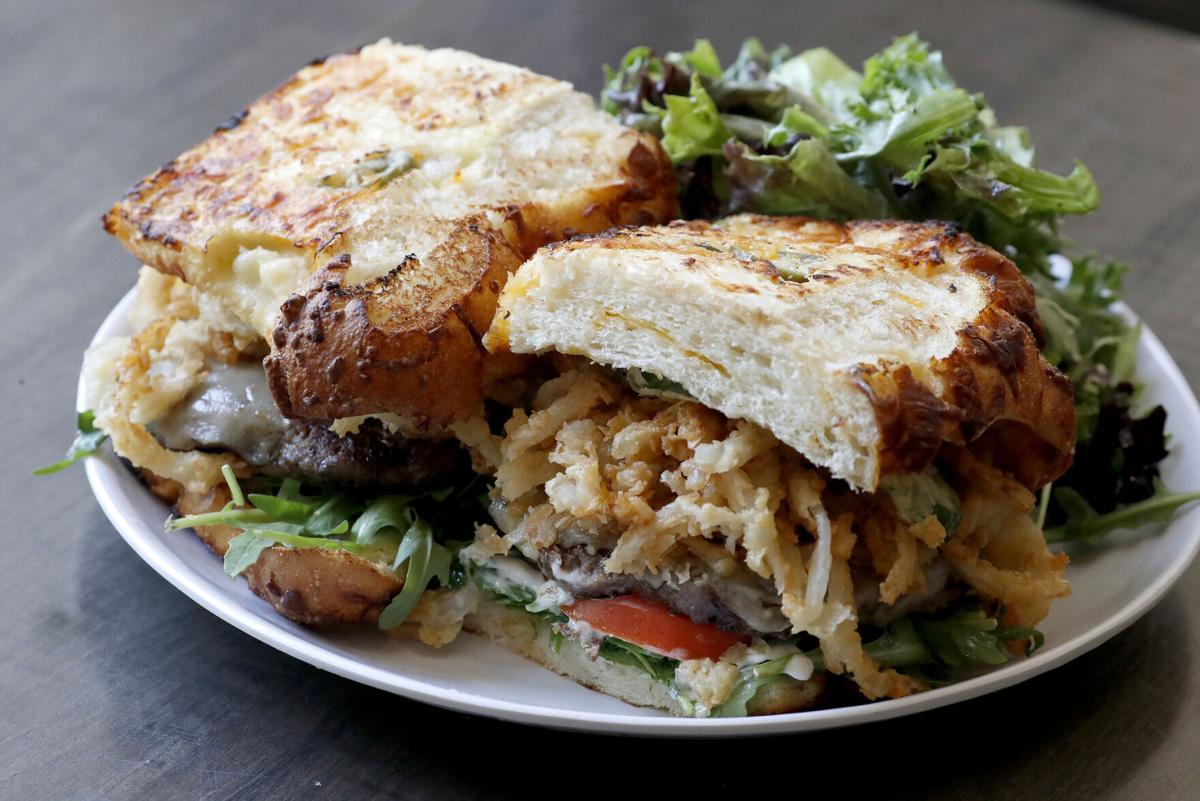 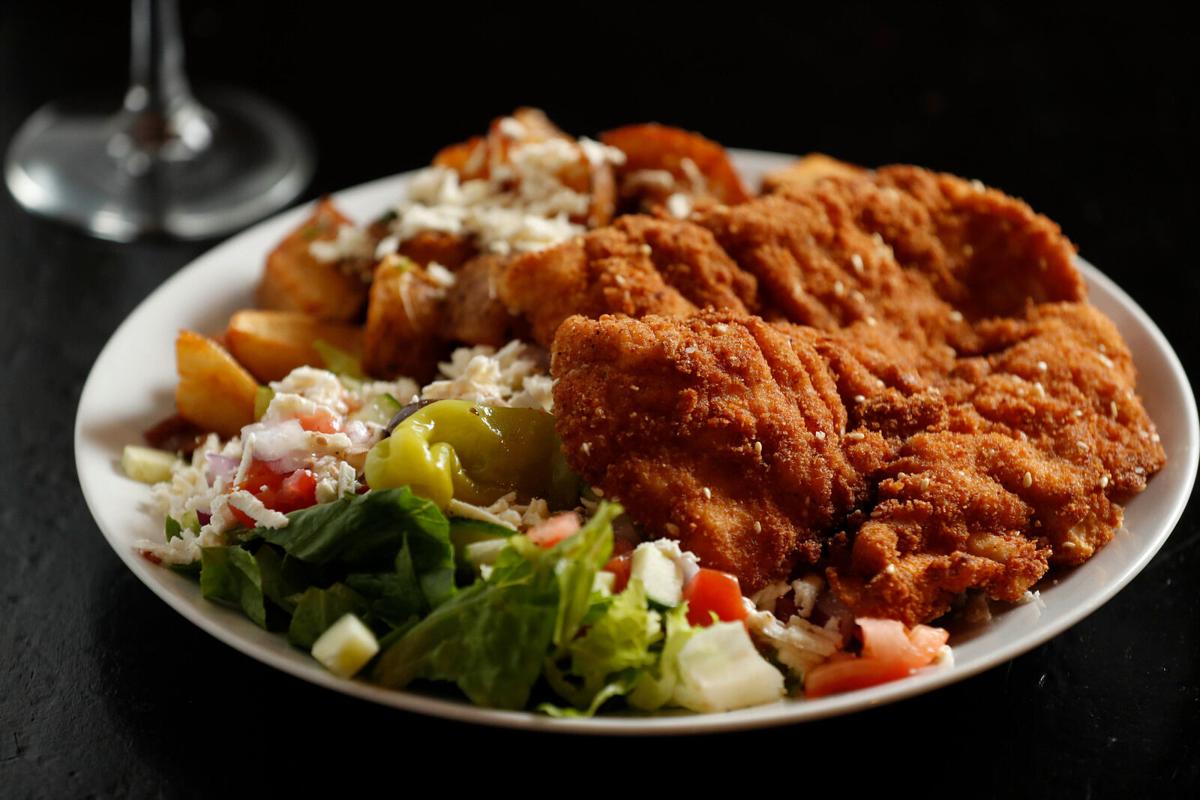 Falafel Bar's schnitzel is a sesame seed crusted chicken cutlet with chopped salad and a choice of starch.