Say these three words to anyone 45 or older who was living in the Buffalo area at the time and it’s guaranteed you will hear their story: Blizzard of ’77. They will remember where they were trapped, who they couldn’t find, how and when they finally dug out and who they helped.

It remains the storm against which all other storms, maybe all other catastrophes, are measured. Our weather event of the century occurred Jan. 28, 1977. It’s so indelible that many remember not only the date, but that it was a Friday. The blizzard left death and destruction in its wake, but the prevailing memories of that day tend to center not on the despair it created for most of us for a brief time, but the resiliency of the community that it revealed.

That theme came to define Buffalo in the decades that followed, through population decline, job losses and sports heartbreak, and now is thought of as an integral part of our communal identity.

We handled the Blizzard of ’77. We can handle anything.

All the ingredients of a perfect storm

The experts knew a big storm was brewing. Little did they know how crippling it would be.

The evening before, on Thursday, Jan. 27, 1977, the National Weather Service issued some kind of winter storm warning, aware that severe winds were barreling toward Western New York, ready to unleash their power on a few inches of fresh snow falling on top of a huge existing snowpack.

But overnight, heading into Friday the 28th, conditions turned harsher than the models had predicted. And long before the age of tweets and texts and emails and phone apps, local residents got their instant weather news by turning on the radio or television. So when meteorologists learned at various times Friday morning how massive the storm would be, it was too late to stop people from heading off to work.

Readers remember: Memories of the blizzard

More than 150 readers answered our request to email their stories about the Blizzard of ’77, telling us tales of harrowing rides home, the kindess of strangers, blizzard babies and “Roots.” This story was shared by Kim and Paul Steger of Coldspring:

“Bad omen,” I thought to myself.

I chose Jan. 28 because it was my beloved father’s birthday; as a 21-year-old bride-to-be, it was perfect. Our marriage was to commence at Our Lady of Sacred Heart Church, on Abbott Road, and the reception at the Knights of Columbus, on Old Transit Road, both in Orchard Park.

Traveling to the K of C to prepare for the reception, I remember a light snowfall that quickly turned into the Blizzard of ’77; I guided the vehicle on foot, driven by my mother-in-law, the last 100 yards. Needless to say, we never made it to the church on Jan. 28. Our reception hall was turned into makeshift emergency housing for stranded drivers and snowmobilers. Thankfully we had all the food and beverage we could have ever needed. In true Western New York fashion, it turned into a party!

The next morning, local farmers showed up with tractors to excavate the mountains of snow. We were married on Jan. 29, 1977, and as we are ready to celebrate our 40th wedding anniversary, with three wonderful children and two beautiful grandchildren, it turns out Mother Nature bore a good omen in disguise.

Click here for more stories from your fellow readers.

Photos: Images from the Blizzard of '77 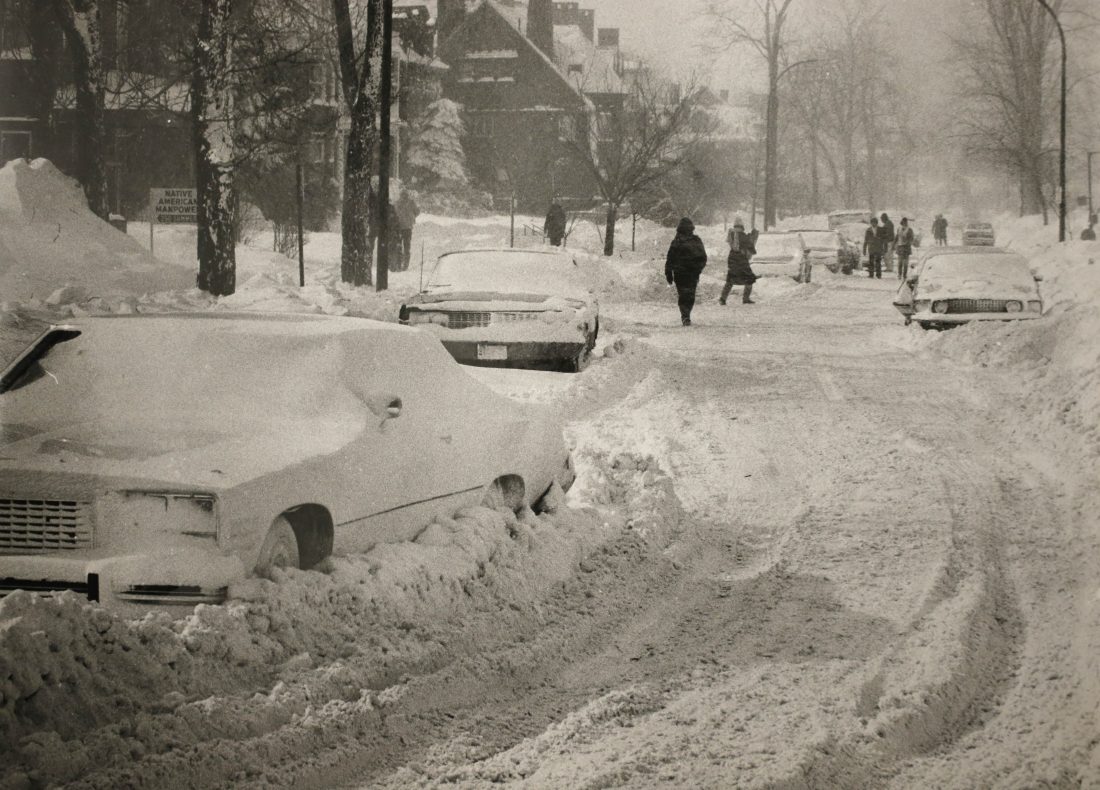 View more photos from The Blizzard of '77

In interviews this week, the three main weathermen at the local stations during the Blizzard of ’77 reminisced about their experiences when Western New York was shut down by the historic storm decades before Doppler radar, weather satellites and other improved technology substantially reduced weather surprises.

Cover to cover: The Blizzard of '77 in The Buffalo Evening News 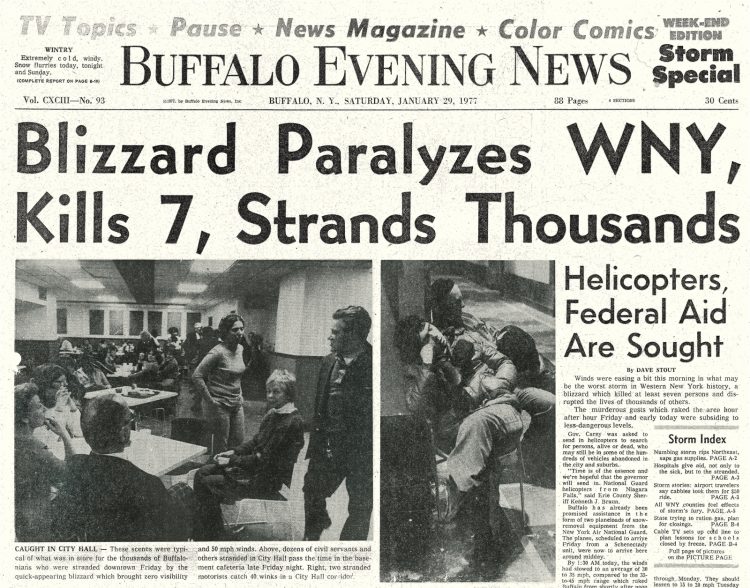 Track the path of the Blizzard of '77 through coverage in The Buffalo Evening News.

Sean Kirst: Saving lives during the storm where "all hell broke loose."

Two retired Buffalo Police officers recall the bull's-eye of the storm, their proven partnership, the heroics of the late Duane "Dewey" Bonamici and the process of saving trapped civilians during the blizzard.