Office workers at the Buffalo-based food products company would continue to work from home through at least Labor Day – regardless of whether the state clears offices to reopen as soon as June 1.

The company, which has invested heavily in technology, operated remotely during the past two months "without hardly missing a beat," said spokesman Dwight Gram.

Executives want to take their time.

"We just don’t see any reason to rush our folks back into the office," Gram said. "Taking any undue risk at this point is simply not prudent."

Others are taking it one step at a time, setting no date but preferring to keep workers out of the office, while taking advantage of the surprising success many have seen with a remote workforce.

"We’ve been very successful, with no business interruption. We’ve been able to service our customers and members," said Independent Health Chief Risk Officer Anne O'Neill. "If there’s no business need, why would we reverse that, given the concern for our employees' health and safety and the community responsibility." 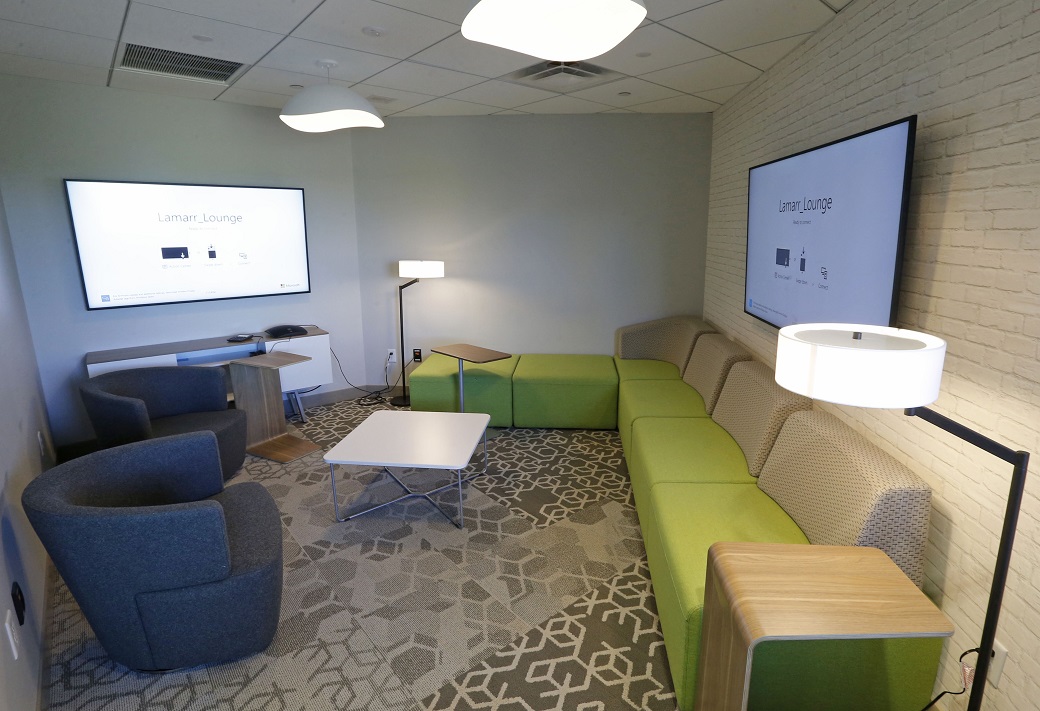 It's a stark contrast from other industries – and one that draws a sharp line between workers who can connect via technology and those who must be on site to work.

Many construction and manufacturing sites reopened this week in Western New York, after weeks of demanding that restrictions be loosened. Retail stores are also impatient to get back to customers.

But some workers in commercial offices say they are in no hurry to rush back to their desks, cubicles and conference rooms, even if the state gives them clearance to do so in the next two weeks as part of the state's second phase of reopening.

From the region's banking and financial services companies to law firms, architects and other professionals, office leaders say they want to proceed cautiously to give them more time to implement changes.

They also hope that conditions will improve.

"We want to make sure that we get it right when we return to the office," said M&T spokesman C. Michael Zabel.

Many of the workers have been out of the office since mid-March – even before Gov. Andrew M. Cuomo ordered most offices to close to help prevent the spread of Covid-19.

"We’ve seen incredible transformation across our company as these last few months have unfolded," Gram said.

Several employers say they plan to bring workers back in phases. That will allow them to test new protocols and physical changes with a small number of people.

"We’re going to make sure we come back in a smart way," said Matt Dates, business practice leader for Buffalo at CannonDesign, one of the region's largest architectural and design firms, with 1,000 employees in 19 offices nationwide, including 180 at its Buffalo headquarters.

Executives say they recognize that many employees may be reluctant to return too soon, either because of their own fears or because they may have loved ones who are at higher risk with Covid-19. There are also childcare or elder-care needs, since schools, summer camps and adult activities have been scaled back.

"Our ability to work remotely is allowing us to manage those special circumstances very effectively," said Rick Kennedy, managing partner, president and CEO of Hodgson Russ. "So we’re not rushing people back into the office simply because the government says we can reopen."

Tim Hurley, vice president of sales for Millington Lockwood, an office interiors and furniture company in Cheektowaga, said his company is evaluating which jobs require more office time and which ones don't.

"There's some people here that really could work remotely and be just as effective in their job," Hurley said.

Employers are also planning for new policies around safety, as well as physical changes to ensure more social distancing. They expect a combination of health screenings, masks, reconfigured seating, new plexiglass or other barriers, changes to traffic flow and reduced capacity.

"An open office is great for communication, but terrible for a pandemic. How do you mix those two?" Dates said. "It’s a challenging situation."

How much is done, they say, depends on how soon the return occurs. A blend of on-site and remote working is also likely to continue. 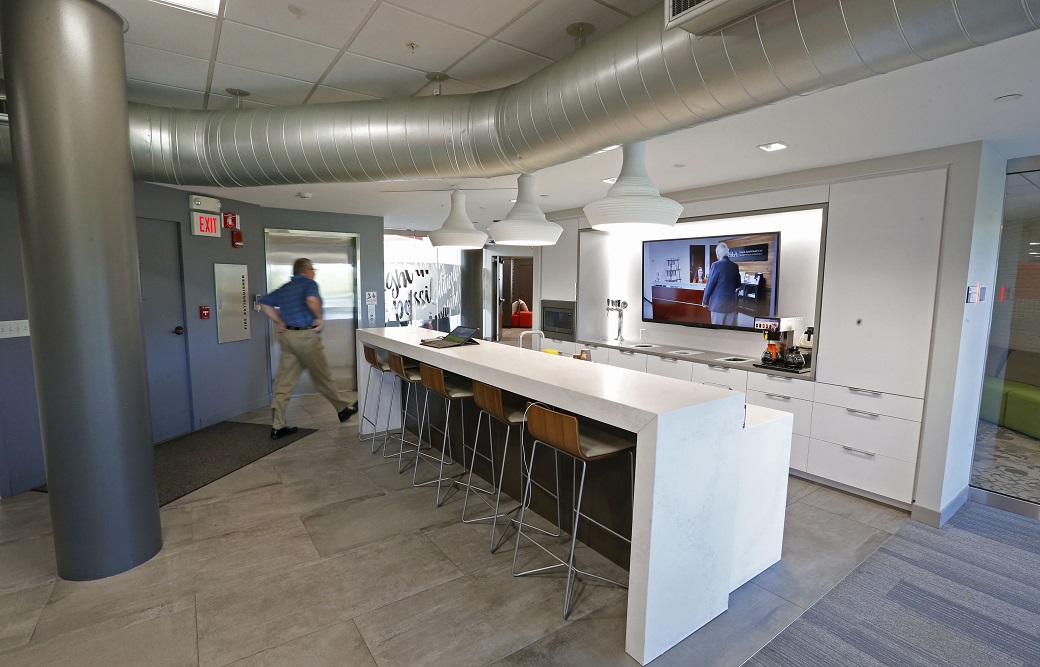 "It does give us time to be able to really think through those plans in detail over this summer," O'Neill said. "That’s another benefit of having a longer-term plan to stay at work from home, so that you can track and monitor the necessity of all those restrictions."

Several companies, however, said workers won't return to what was in place before.

"The reality is we can’t think about going back in the traditional sense," Gram said.

Banks are some of the biggest users of office space in the region, not even counting their branches. Some indicated they are in no rush to bring their employees back.

About 90% of M&T Bank's employees are working from home, and the bank will maintain that policy through at least mid-June, said Julia Berchou, an M&T spokeswoman.

KeyBank has started planning for its workers to return. For now, only some Key employees are reporting to offices as needed for essential operations, but the bank is trying to limit that as much as possible, said Matt Pitts, a Key spokesman.

"Once we are cleared to return to our worksites, all of our subsequent decisions will be made with the health and safety of teammates and clients being our main focus," Pitts said.

Citi's Getzville financial services operation has operated throughout the pandemic with about 98% of its employees working from home. Citi hasn't set a date for when the employees will return, but said it will follow guidance provided by the county.

At Hodgson, which is targeting a June 8 reopening for its Albany, Buffalo and Saratoga Springs offices, the firm is "fairly far along in preparing plans," Kennedy said. As much as possible, he said, the firm will keep its lawyers and support staff working from home, "unless it's necessary for them to return."

It is also planning physical changes, particularly at its Guaranty Building headquarters – which the firm owns. Besides using partitions and personal protective equipment, he said, the company is considering touchless faucets, enhanced air quality control systems and new door handles. They are also evaluating how to manage traffic and gatherings, such as minimizing the number of people in an elevator or stairwell at one time, or how many people use the bathrooms at the same time. 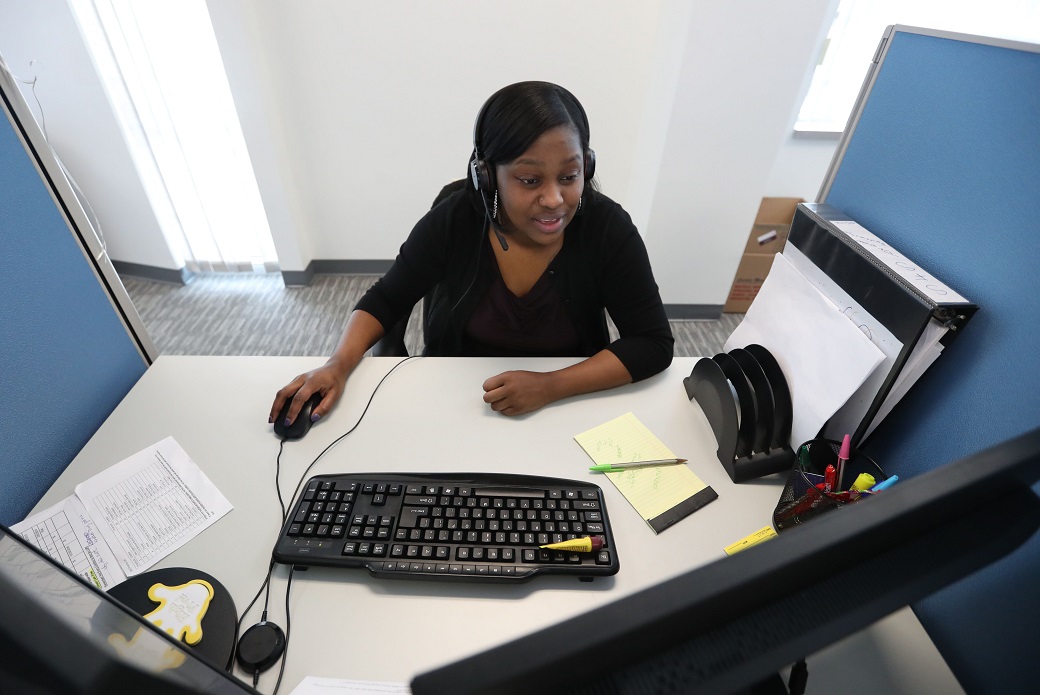 At Strategic Financial Solutions in Amherst, where 500 employees have been working remotely since March, the company will welcome back employees who want to return first, said Gary Foodim, chief marketing officer.

Strategic intends to learn from their experiences and then open to more workers. The layout will change, too. Cubicles will be further apart and employees won't sit across from each other.