Buffalo native Lionell Thompson chuckles and admits that waiting seems to be the story of his boxing career.

The super-middleweight-title contender has gotten so used to waiting for a potential big prize-fighting payday that the latest roadblock preventing that from happening, the coronavirus pandemic, is not stressing him out.

Instead, Thompson patiently bides his time in his Las Vegas home, training on a nearby pathway. He runs, does push ups, sit ups and sprints. He shadow boxes in a nearby alley. He maintains his conditioning and ring skills the best he can so that if the pandemic ends, he’ll be ready to fight at a moment’s notice.

The 34-year-old veteran has become relevant in a fickle sport. That’s what happens when you knock off a former world champion on a televised card on Showtime.

“(The pause) doesn’t bother me a bit,” said Thompson, who is ranked eighth in the world by ESPN.com and No. 9 by the International Boxing Federation. “I’m just sharpening my focus. … I’m always going to find a way to get things done and keep my mind sharp.  … As long as I get where I’m trying to go, I don’t care (about the delay). I’m just waiting for this to be all over so I can get back to doing what I do best.”

What Thompson does best, of course, is box. He sticks. He moves. Thompson (22-5) lands more punches than he absorbs. His formula for success in the ring sounds simple but has taken years to perfect.

While that is no secret to fans who have followed his career since he was a world-class amateur, or to boxing people in Las Vegas who have seen him in the gym firsthand, those who have never heard of Thompson received an introduction during the first match of a televised card from Atlanta this past Christmas holiday season. 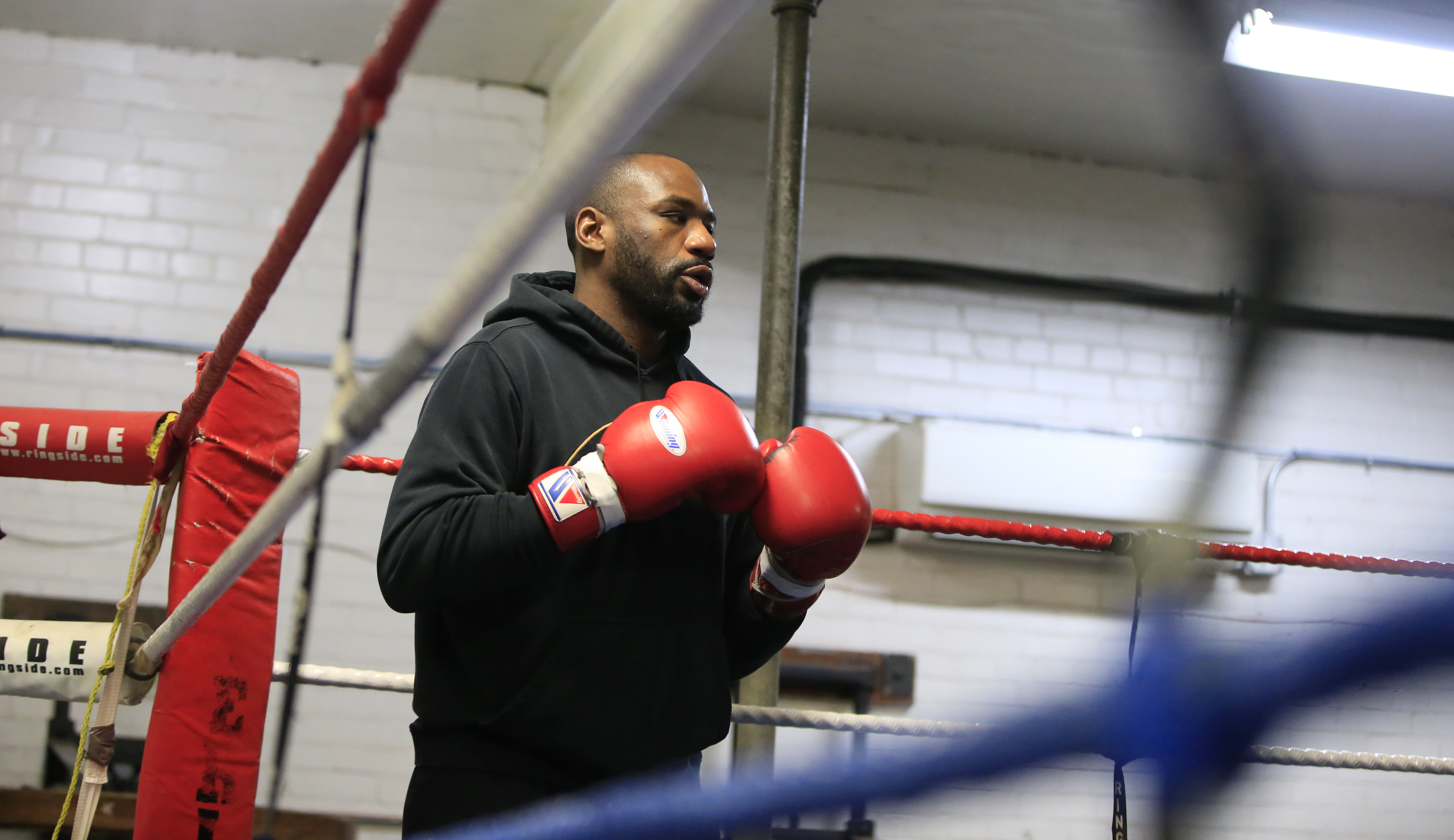 Thompson, a 10-to-1 underdog, defeated former world champion Jose Uzcategui via unanimous decision. Thompson knocked down Uzcategui in the first round, survived a point deduction for a “questionable hold,” and though Thompson didn’t end it with a KO, he controlled the bout from start to finish, landing more punches than his foe.

So much for Uzcategui taking the fast lane to earning another shot at the title. The championship fight that was supposed to go to the victor resulted in further review when Thompson raised his arms in victory.

“It’s never what they say,” said Don Patterson, Thompson’s trainer. “We got the fight because somebody else turned it down and we were able to take advantage of the opportunity. That’s all we’ve ever asked for, a fair opportunity that we belong among the best in the world and Lionell showed that Dec. 28.”

Still, Thompson has earned some spoils. 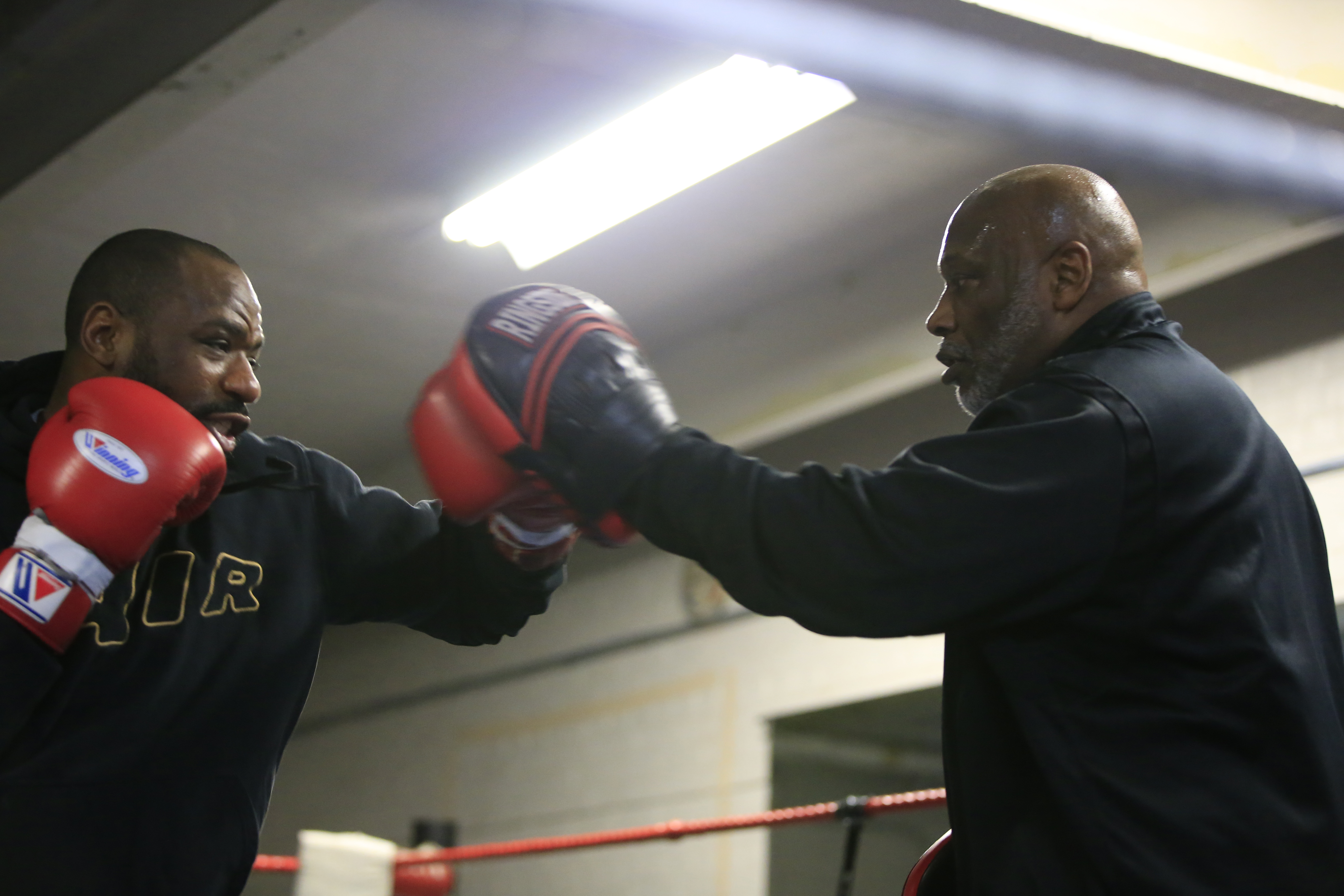 The latter was supposed to happen this spring until the virus struck.

IBF champion Caleb Plant has been idle since a February win and is expected to fight in September – pandemic pending. It’s unknown who he will fight, although Plant’s on record as wanting to next fight fellow unbeaten WBC champion David Benavidez. In the business of boxing, there is no telling how that will play out. The IBF could select a mandatory foe.

Before the pandemic, Patterson said a possible opponent for Thompson could be third-ranked Caleb Truax (31-4-2), a former IBF world champion.

Regardless of his next opponent, it’ll be another life-changing fight for Thompson.

Which is why Thompson trains as if everything is normal, even though the bustling adoptive city he calls home is weirdly silent. It’s different not being able to go to the gym every day to hit punching bags or spar, luxuries he doesn’t have at home. But he's hungry and eager to continue proving himself.

“This is where the real work starts,” Thompson said. “Only the cream of the crop are going to get to that level where they can feed their family forever and be able to do something with their life.

“I just broke through, I’m about to make some money. … I will be super middleweight champion of the world.”