Unless there’s an event at KeyBank Center, there aren’t usually a lot of pedestrians at the corner of Michigan and South Park, at the southern edge of the Seneca Buffalo Creek Casino property.

People walking are just a small part of a cityscape that is entirely unrecognizable 80 years later.

First, there was the name. South Park Avenue was created from parts of Elk, Abbott and Triangle streets in 1939 to form a more easily navigable and direct artery for folks heading to South Buffalo and the Southtowns. 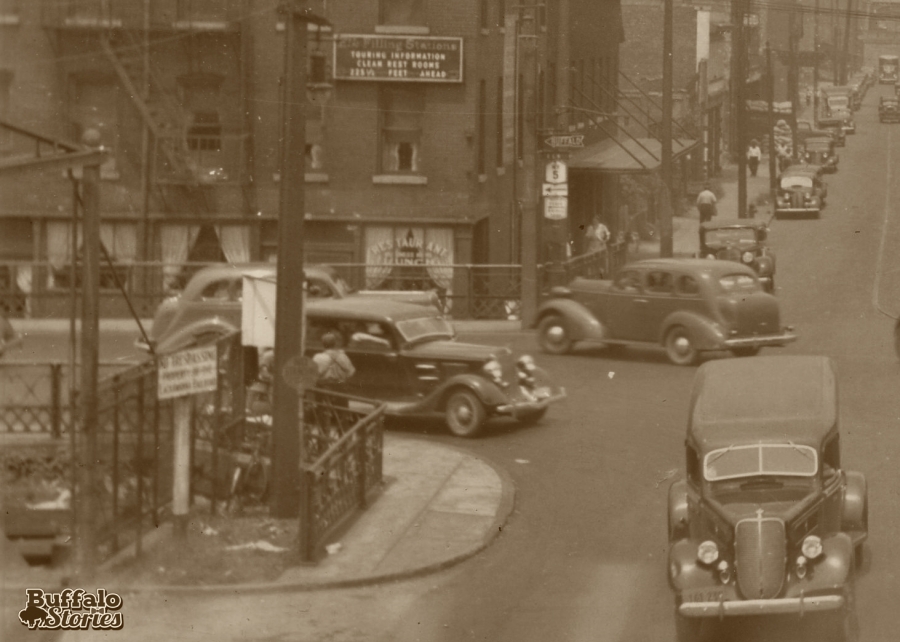 The restaurant and tavern at 102 Elk St. pictured on the corner was the site of a handful of dry raids during the Prohibition years. 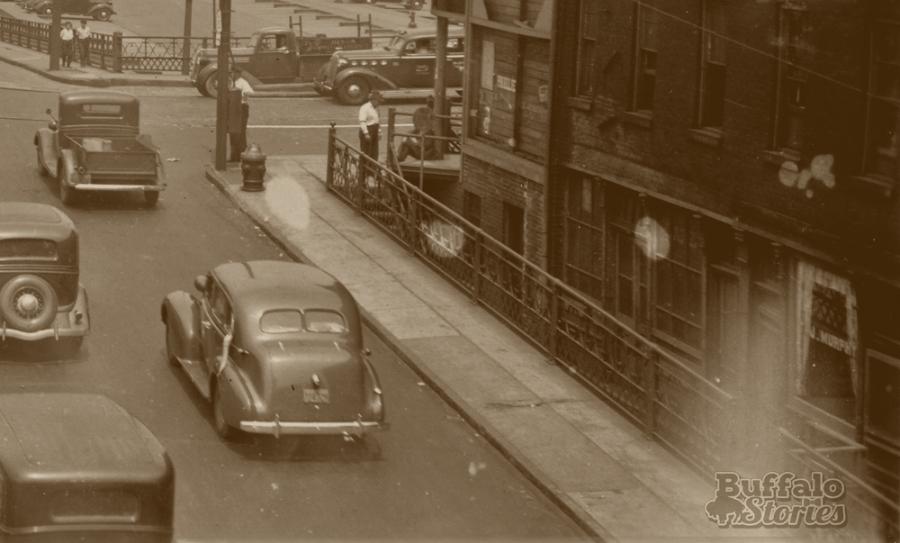 Across Michigan was Thomas J. Murphy’s restaurant at 37 Michigan St., seen in the lower right corner of the photo. After the store fronts that were listed as vacant in the 1938 and 1941 city directories, you see the back and arm of the police officer who is manually controlling the traffic light at the intersection. That’s a Van Dyke Taxi Packard taxicab and a truck from Bison Chimney at the light. 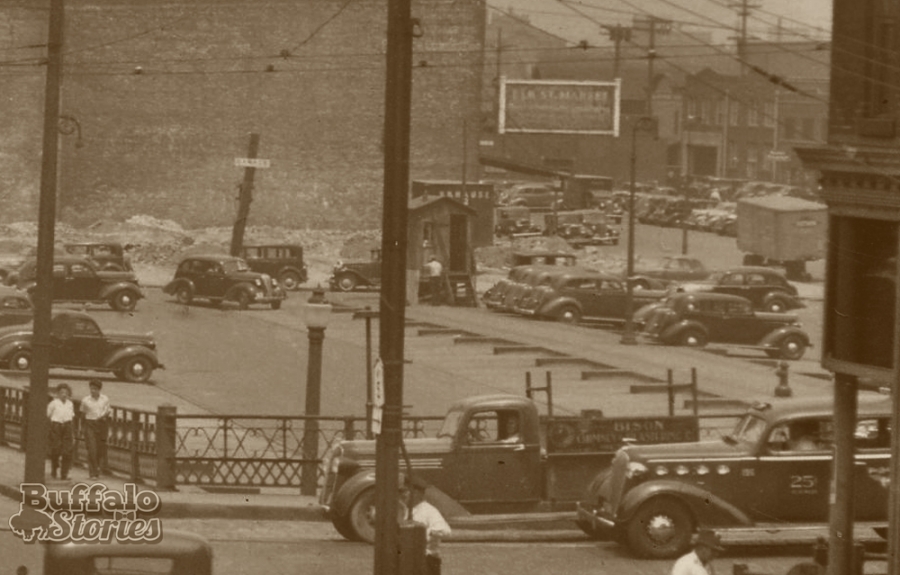 Across Elk Street, on the property that is now the site of the casino, stood the open-air Elk Street Market during its final days. 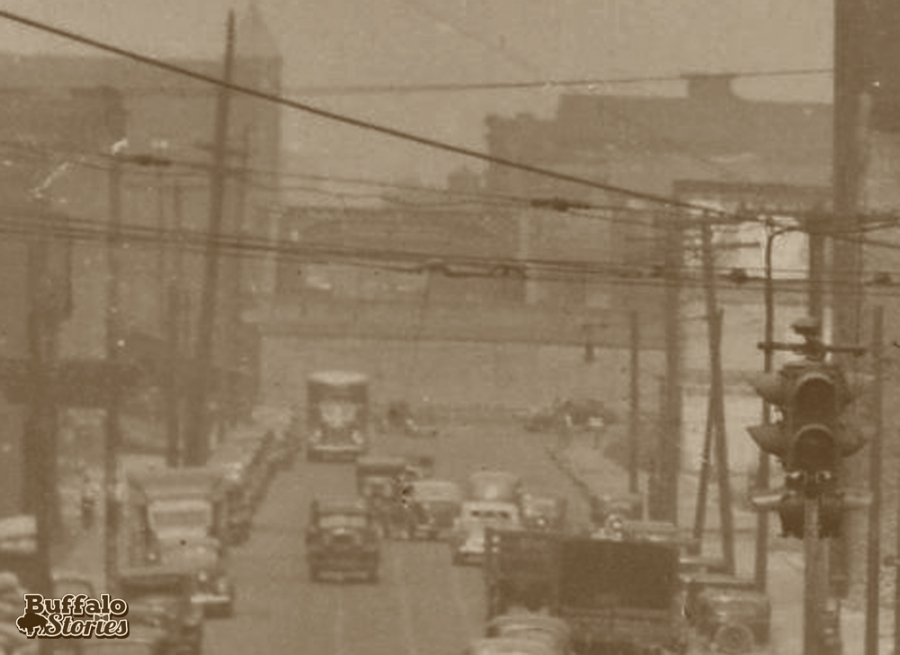 Off in the distance, the bridges carry traffic over and under the tracks of the Lehigh Valley, New York Central and Erie railroads. Those rail right-of-ways were paved over to become the New York State Thruway’s I-190.