It's OK if you haven't heard of Plankies. The Polish-inspired dessert didn't exist until early March, when Pulp 716 co-owner Jay Berent – who liked the idea of danishes but always came away disappointed – engineered something new to better suit his tastes.

Thanks to brainstorming and trial-and-error between Berent and Jessica Trayer, owner of Tater Cakes Bakery and baker for Pulp's two locations, the Plankie was born.

"I told Jessica, 'Here's what I want,' then I drew a picture. 'They'll be like pastry hearts, a cross between a pastry heart and a doughnut, but I want it folded over,' " Berent said.

The result of the hybrid approach left a dessert the "size of a Super Mighty" from Mighty Taco, folded into a rather mundane shape. "I thought it looked like a plank," said Berent, who has run the comic book shop/cafe for the last six years.

The desserts are $2.25 each with raspberry filling or lemon curd. Seasonal varieties will likely begin in the fall, with apple cinnamon sugar a possible flavor.

Plankies have sold out every Friday for the last two months, sometimes in less than two hours after the shops open at 11 a.m. They are offered just one day each week because Trayer is already stretched to prepare enough to split between the two shops, and the lines of expectant customers forming outside both Pulp locations aren't conducive to the current crisis. 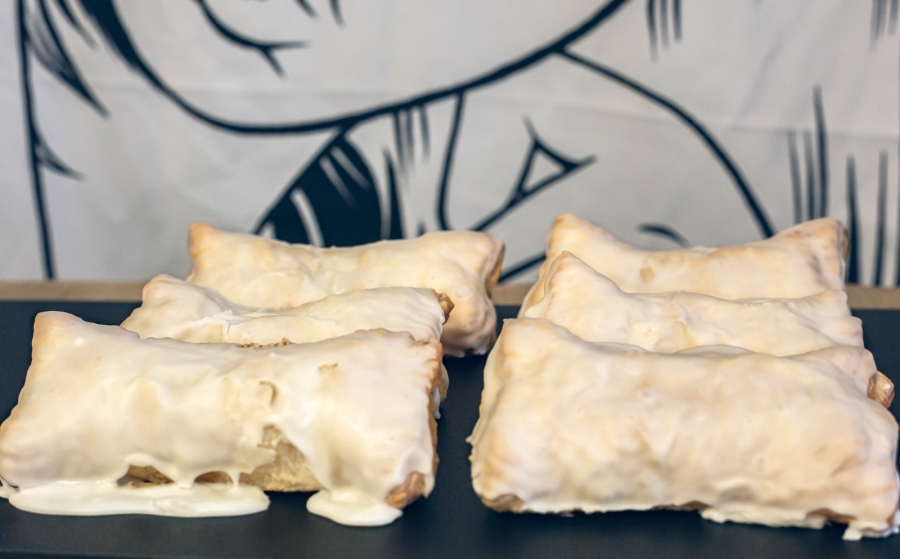 "I hate to limit things, but people were ordering them like doughnuts, dozens of them at a time," Berent said. "Once we open the door, people are waiting, and we don't want that [every day] right now."

Even before they reached the display cases at Pulp's two locations – 45 East Ave. in Lockport and 31 Webster St. in North Tonawanda, which is run by his wife – Berent knew the desserts had selling power. He even filed a trademark application before they went to market.

[Related: Pulp 716 in "how to spend an afternoon in North Tonawanda"] 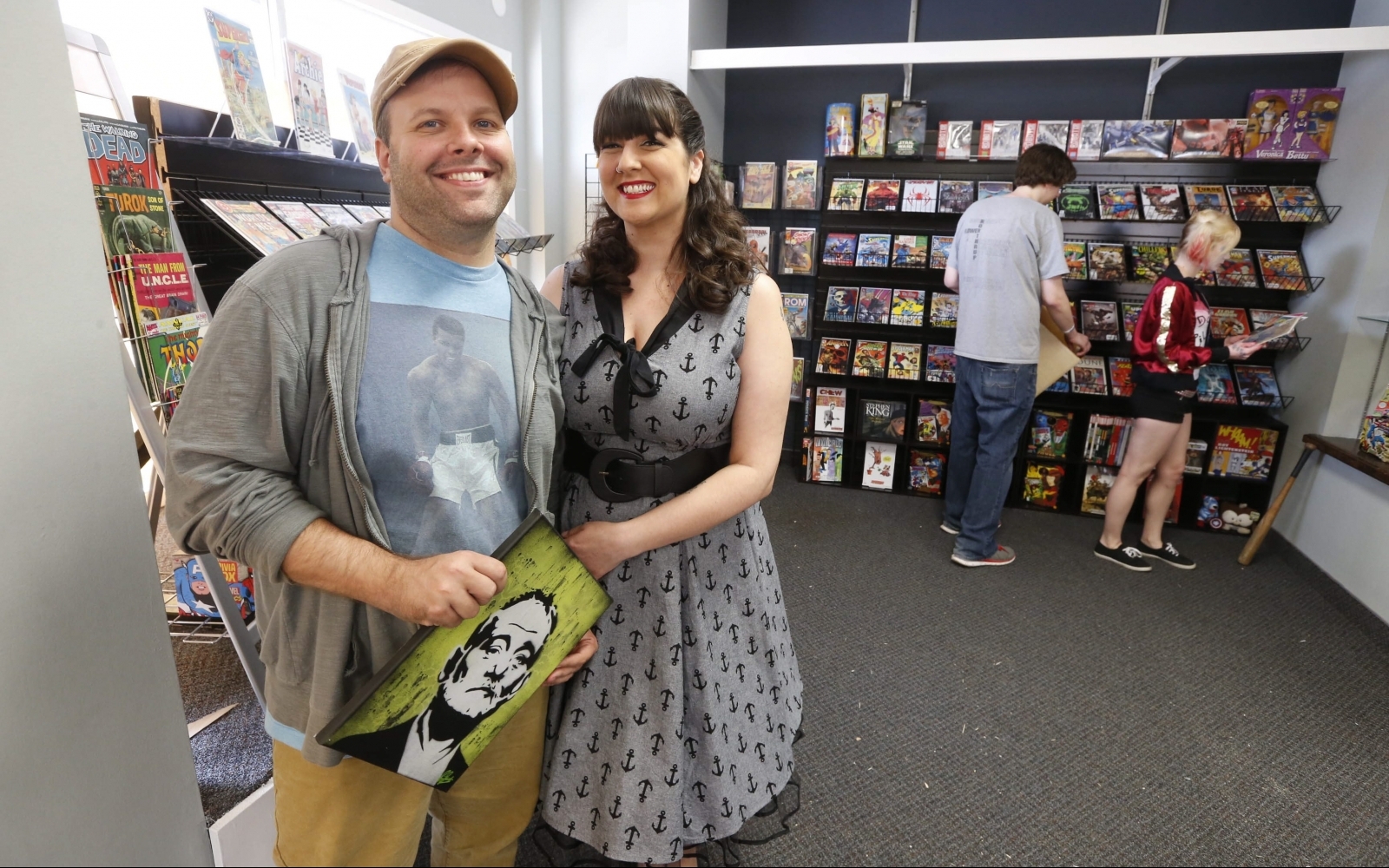 Part of his hunch stemmed from the fact that whenever the Berents post a new product on the comic shop social media accounts, they have to prepare significantly more of the product, just to be safe.

That wasn't their approach when they introduced the Triple Berry Blast smoothie; the owners learned the hard way about not having enough supplies when 7 pounds of blueberries vanished in a flash.

Once restrictions are lifted surrounding the Covid-19 pandemic, Berent intends to offer the Plankies on a daily basis.