The comedy of technical errors at WUTV continued Saturday night when the Fox affiliate rebroadcasted the previous Wednesday’s semifinal episode of “The Masked Singer.”

The first time the episode aired there were technical problems, which led the WUTV picture to be dark for the majority of the episode.

In Saturday’s rebroadcast granted by Fox, the feed of the episode had sound problems.

For most of the time you could hear the laugh track, music and sound effects, but not the dialogue from the judges or the contestants wearing disguises in masks.

A technically savvy reader advised me the station likely didn’t record all audio channels when Fox sent it the episode to rebroadcast.

If you want to see the episode with picture and sound, you can watch it On Demand before this Wednesday’s season finale.

Imagine if Coca Cola ended one of its advertisements by saying “you need to buy Pepsi.”

Or Budweiser ended one of its ads with “you need to buy Stella Artois.”

That’s the equivalent of what’s happening in the current political ad campaign of Beth Parlato, who is running against endorsed candidate Chris Jacobs in the Republican primary in the 27th Congressional District. 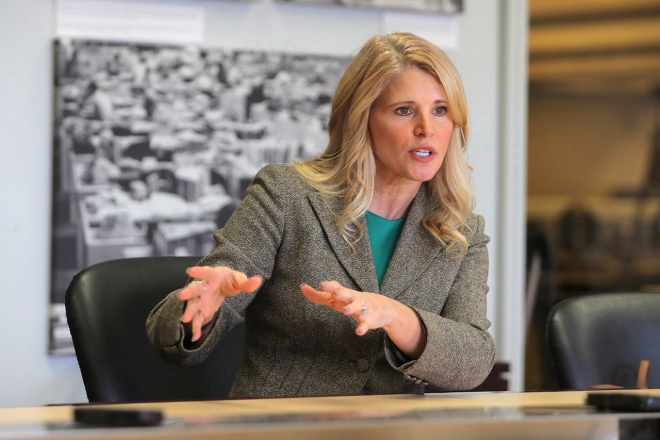 The first sarcastic ad in which an actor played an IRS worker who supported Jacobs because he supposedly is a tax lover while Parlato is a tax cutter was strange enough.

It has been replaced by a sarcastic ad in which an actress playing a Planned Parenthood supporter says the organization doesn’t endorse before adding if it did it would endorse Jacobs while derisively noting that Parlato is “one of the unapologetic right-to-life baby lovers.”

The actress speaking for Planned Parenthood ends by saying “we need Chris Jacobs” before Parlato’s voice comes on saying she supports this message.

I would think Parlato would have been better off playing it straight in the first ad by saying she favors lowering taxes while claiming Jacobs has a history of supporting them.

And she would be better off saying she is pro-life while claiming Jacobs has helped fund Planned Parenthood in New York.

Whatever your political leanings, sarcasm seems a strange way for a candidate who isn't well-known to get her message across.