As Mary Wesson lay dying, heavily sedated on morphine, her family couldn't hold her hand at her bedside or whisper their last goodbyes. They could only shout through a window from outside Newfane Rehabilitation and Health Care Center.

She never responded the last time her children saw her alive.

The 79-year-old mother of four died May 9, becoming one of at least 23 residents who have died from Covid-19 at Newfane Rehab, where more people have died from the new coronavirus than all but two other nursing homes in Western New York.

“We saw body bags getting wheeled out while we were standing there by the building," said Jeanne Blenker, one of Wesson's children.

The number of deaths at the 165-bed nursing home has drawn the scrutiny of the state Health Department, which sent an associate commissioner, among others, to inspect the facility a week ago. The acting administrator of the nursing home also talked by phone with state Health Commissioner Dr. Howard Zucker on Wednesday.

The number of dead also exposed the peril of the state making nursing homes accept Covid-19 patients from hospitals.

Gov. Andrew Cuomo reversed that policy last Sunday – a day after Wesson's death – so hospitalized nursing home patients can no longer be sent back to a nursing home unless they test negative for Covid-19 twice, 24 hours apart.

State legislators have called for hearings or an independent investigation into the impact of the state's original policy. Some families blame the now-discarded policy for many of the nearly 5,500 Covid-19 deaths in New York nursing homes as of Friday.

Wesson's four children said in an interview with The Buffalo News that Newfane Rehab staff members told them the facility's Covid-19 outbreak can be traced to a single patient who was admitted upon being released from a hospital April 10. A nursing home official declined to explain how the new coronavirus entered the facility.

"We weren't able to go see her," Blenker said of her mother. "The place was locked down. She wasn't going anywhere. She was bedridden. Somehow it got into her room." 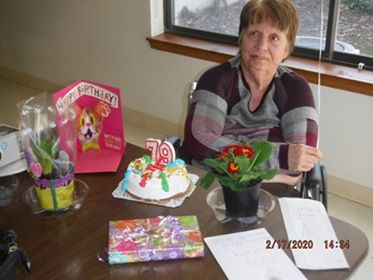 Mary Wesson (Courtesy Jeanne Blenker)The day before Wesson died, a nursing home administrator, in an automated call, assured families "that our expert medical and clinic team are working to proactively maintain the health and safety of our residents and one another. Each day brings a new level of challenges for which they are willingly and intelligently identifying and adapting to."

The acting administrator of the nursing home, Mike Toole, told The News the nursing home has followed all practices and guidelines set by the federal government. He also noted that a state inspection last week found no deficiencies.

Some family members told The News they appreciated the efforts made by the nursing home's employees on behalf of their loved ones, and they sympathize with how overwhelming the workers' days must be.

"The staff at Newfane seemed kind, helpful, responsive and apologetic for the most part," said Bonnie Crogan-Mazur, whose 85-year-old uncle died there May 4 beside his wife, another Newfane Rehab resident who also has Covid-19. "They set up FaceTime, which allowed my granddaughters to give (the couple) a mini-concert on harp and violin the night before (he) died."

But Bruce Blenker, another of Wesson's children, offered a harsh assessment of the nursing home and the governor.

"Why did Cuomo mandate Covid patients to go to a nursing home that is not qualified?" he asked. "I do not blame anybody except for Gov. Cuomo. It's directly on his shoulders, and I blame the executive staff at Newfane nursing home.

"This nursing home was not qualified to handle this.”

"The purpose of that meeting was to go there to talk about infectious control practices, evaluate what they were doing and also give them, tell them what they should be doing and what changes they should make," Stapleton, the Niagara County public health director, told the County Legislature.

"For example, they shouldn't have a Covid-negative person and a Covid-positive person in the same room, using the same bathroom. That's a problem," Stapleton told the legislators. "Moving residents around so that you have the positives in the same room, not sharing with somebody who isn't positive, that was one of the changes they were going in to do on Friday (May 8)."

Toole, who recently became acting administrator of the nursing home, said no Covid-19-positive and Covid-19-negative patients were in the same rooms.

“It’s actually incomprehensible to give the idea that we would jeopardize residents by cohorting them, positive and negative people," Toole told The News.

Stapleton said he is "confident that the information we initially received and shared with the Legislature is accurate, but I'm not going to get into a back-and-forth debate."

"The key is moving forward to protect residents and staff," he added.

State Department of Health surveyors came back for another visit at Newfane Rehab on Wednesday and stayed until almost midnight.

"They examined the facilities and the practices we are doing, and they found no deficiencies again," Toole said.

"The department also proactively reached out to the facility’s administrator, offered to transfer residents if needed, assessed staffing levels, offered additional staffing resources and ensured an appropriate supply of personal protective equipment. The administrator assured the department he was able to adequately care for his residents and will immediately contact us if the situation changes," Hammond said.

Toole declined to say what he and the state's health commissioner discussed on their phone call.

"So the idea that the Legislature, the politicians, want to capitalize on this as a media sensation, that is their right to do so," Toole said. "But I can assure you that all the practices and the guidelines and the (Centers for Medicare and Medicaid Services) guidance have been followed to the letter here at our building.”

The Centers for Disease Control and Prevention's guidelines say that when possible, nursing homes should give each Covid-19 patient their own room with a dedicated bathroom, and keep the room door closed.

So how did Newfane Rehab become a tragic hot spot for Covid-19 deaths?

“We’re not immune to the same phenomenon that has gone on nationwide and worldwide, and that is the best answer I can give you," Toole said.

An April 27 letter to families from Nancy Babis, regional director of operations for the owner of the facility, Maximus Healthcare Group, said at that time that there were "several cases in our facility."

“Newfane has provided the utmost care for all of our residents," Toole said.

A call for the National Guard 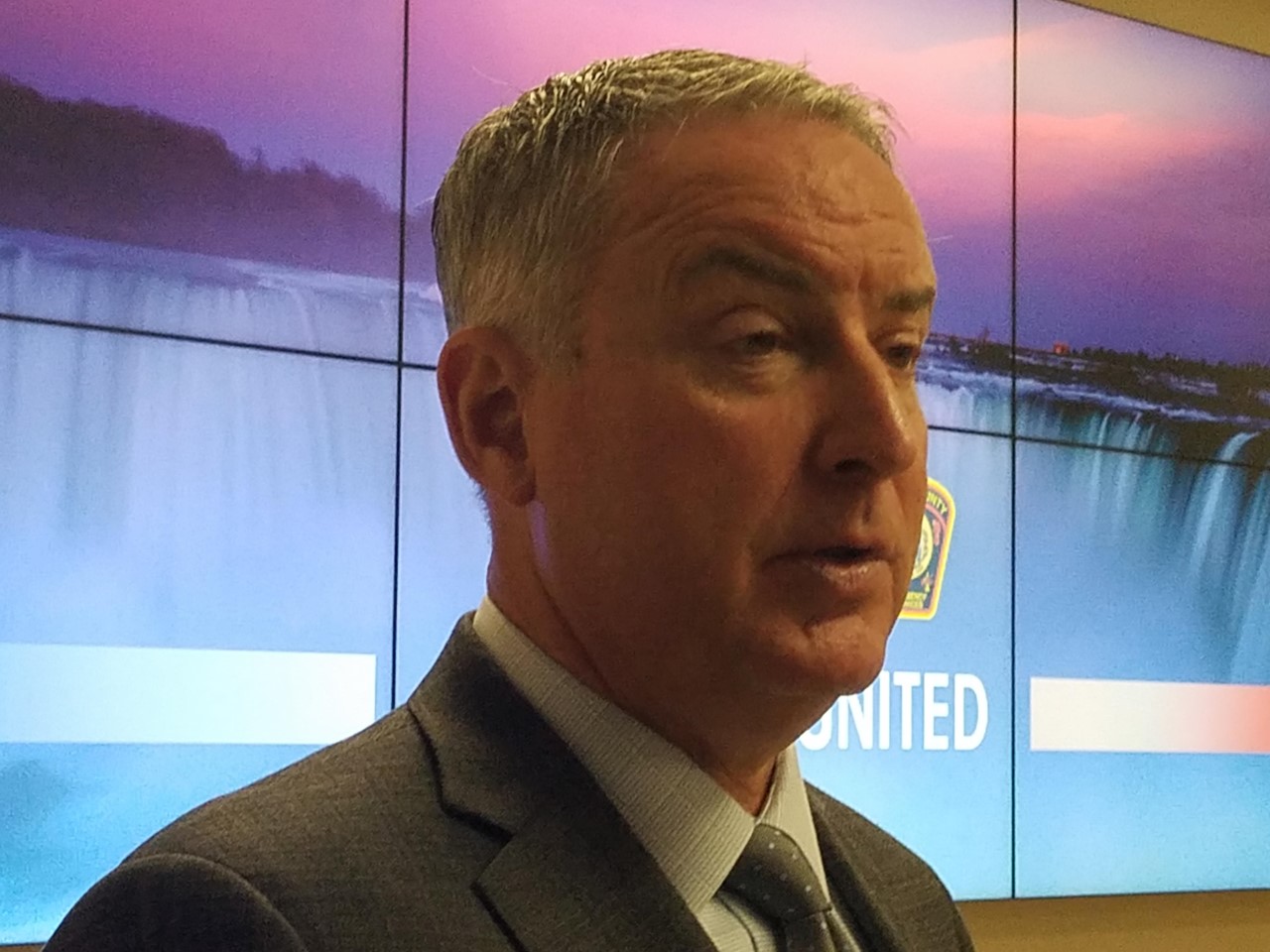 The County Legislature on Wednesday sent Cuomo a letter calling for him to take those steps.

"Perhaps there will be some type of intervention," Syracuse said.

Sean Dugan said his mother, Sherry Dugan, survived Covid-19 at Newfane Rehab. But the chief of police at a community college in Colorado said her sickness scared him.

A police officer for 38 years, Sean Dugan was on the SWAT team that responded to the 1999 school shooting at Columbine High School in Littleton, Colo.

“I’ve seen the worst of the worst," he said.

But when it comes to his mother's situation, he said he feels "very helpless."

"That’s not something a cop likes to feel," Dugan said.

He said his mother had no roommate until she was assigned one on April 10. Within days, she became sick.

"Mom got a fever sometime between April 12 and April 15 and they tested her, and she tested positive per the doctor on April 15 for Covid-19," he said. "And then they did separate her."

He said the family found out on Easter, April 12, that a person in the facility tested positive for Covid-19.

"When we found out, we said, ‘Did her roommate have Covid-19, that you just gave her?’ ‘Well, we didn’t test her, she was exhibiting no symptoms.’ Well, coronavirus is asymptomatic. I know that and I'm not in the medical profession," Dugan said.

Crogan-Mazur, the niece of Edward and Lorna Crogan, said her first look at Newfane Rehab in February, before the virus outbreak, did not inspire confidence. 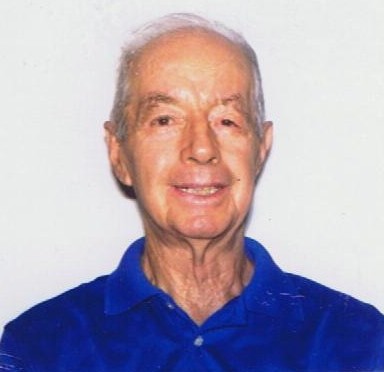 “My uncle’s bed had a vent over the top, like an air vent, and it was black. We pointed that out to the nurse and we said, ‘Is that mold?’ And she said, ‘No, it’s not mold, it’s just dirt.’ They said, ‘We can’t put them together in a different room. The painter will come in and take care of that.’ You could tell they were trying to do remodeling while people were still in the room, because it looked like they had pulled out a sink and the wall was just nasty," Crogan-Mazur said.

She took a photo of the ceiling's condition to document what she saw. 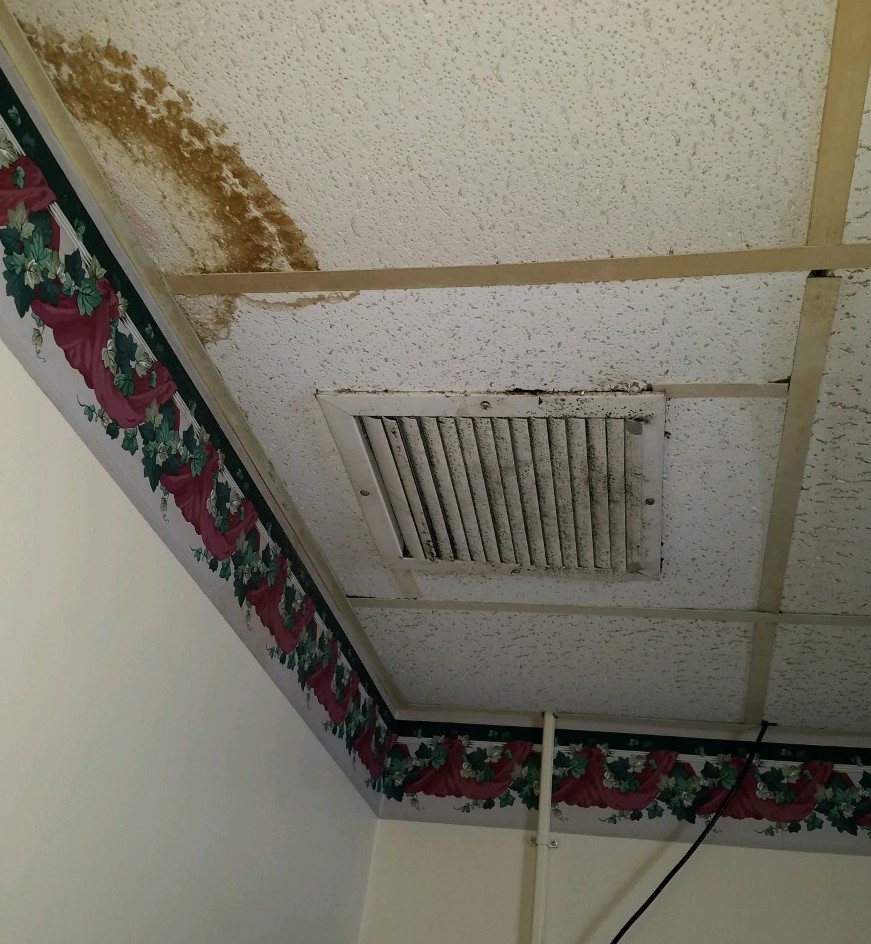 The ceiling of Edward and Lorna Crogan's room in Newfane Rehabilitation and Health Care Center in February. (Bonnie Crogan-Mazur)

She wasn't able to go back and check if they fixed it because visitors were banned a few days later in the state-mandated lockdown.

Edward Crogan, of Amherst, a member of the Ontario Lacrosse Hall of Fame for his scoring exploits, died on May 4.

The Centers for Medicare & Medicaid Services gave Newfane Rehab an overall 2-star rating, a below-average rating in its 5-star rating scale. The facility earned 2-star ratings for health inspections and staffing and an above-average 4-star rating for quality of resident care.

Toole declined to discuss the condition of the facility.

"I’m done with the conversation," he said. "Making accusations about the condition of the building is not something I want to address."