My brother Bob and I were born 15 months apart (I am the older). Consequently, we did everything together growing up. From little league football, to listening to Herb Albert or the Beatles on the stereo, to satirizing the political news of the day, to pickup basketball on the driveway, there was always a healthy amount of sibling rivalry involved. OK, as boys, maybe an unhealthy amount, occasionally!

Our father was a physician; he always said that he knew he wanted to be a doctor since he was 12 years old. My dad was a kind of Marcus Welby-style family doctor, who actually did house calls. Having seen firsthand the commitment and the toll that being a physician took, neither my brother or I was interested in following in our father’s footsteps; or so I thought.

Halfway through his undergraduate years at Kenyon College, Bob announced that he was going to become a pre-med student. As stunned by the news as I was, I knew Bob would be a great doctor. Our father had taught us that anything worth doing was worth doing well, and I was sure Bob would excel.

For a medical school, Bob decided on NYU. It turned out to be a fateful choice. Not long after he moved into his internship, dozens of young men started appearing in the emergency room with rare and exotic infections of unknown origin. Bob had found himself in the middle of the nascent AIDS epidemic. Everyday he and his colleagues struggled to make sense of this mysterious illness.

As its deadly nature became clearer, and it turned into a national epidemic, caregivers had to create protocols to ensure their own safety when caring for these patients. At an early age, my brother was learning about how to care for a sick patient with a deadly disease, while protecting himself and his fellow caregivers.

As Bob’s career progressed, he moved to Ann Arbor, Mich., working first for the Henry Ford Hospital in Detroit, and then at the University of Michigan Hospital. During this transition, Bob had to pick a specialty. He settled on pulmonary medicine, specializing in respiratory infections. For years I would listen to Bob talk about ventilators and intubations with only a doctor’s son’s level of understanding. Who knew that, sadly, one day we would all become expert in the use of these terms. 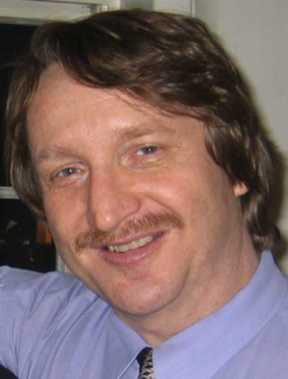 Serving as medical director of the critical care medicine unit at the University of Michigan Hospital, Bob lead a multidisciplined team of doctors, nurses and other caregivers to develop a new protocol for dealing with staph infections. This hospital-related pathogen is responsible for 120,000 infections and 20,000 deaths every year.

When implemented at the U of M hospital, the results of Bob’s team’s protocols were so impressive that Bob was invited to testify in front of Congress to discuss his protocols.

Also, while at the U of M, Bob has sponsored a team of doctors and nurses for a trip into the Amazon rainforest to treat indigenous people for a program call Amazon Promise. Twice a year, for over 10 years, they would take a plane, a helicopter an ultimately a boat to reach these people badly in need of medical care.

I tell you all this, so you know, my brother was my hero long before everyone learned to spell coronavirus. But as you may know, southeast Michigan has been hit hard, and this last month has been as trying a time as Bob has had in medicine. Serving as a Covid-team ICU director, he risks his own life every day to save the life of his patients and to help his coworkers. What more could you ask of a hero?

Dave Hyzy admires the courage of his physician brother.