“I don’t know who I am/But life is for learning.”

Joni Mitchell has written incisive lyrics across five decades, but one of my very favorites came early in her career. Mitchell swooned the above during the painterly and poetic “Woodstock,” first released in 1970.

I’ve found those lyrics to be resonant at so many pivotal points during my life, and the current crisis has been no exception. They’re a paean to the journey of the autodidact, and that’s a journey that never really ends. Or at least, it shouldn’t end.

There’s plenty to lament as we struggle through this uncharted wilderness. But there’s also plenty to learn. And though it might reasonably be argued that an abundance of technology and a ceaseless onslaught of information have done our species more harm than good, it must be said that they have also made self-educating easier for the dedicated pupil.

If you’re interested in culture – contemporary, historical, theoretical, imagined, whatever – you’re only bound by the limits of your imagination and the strength of your Wi-Fi signal. You can travel an imaginative world without leaving your home. And perhaps, if you do, you’ll find what I’ve found – that there are still new, exciting, sometimes frivolous, sometimes profound, sometimes terrifying and sometimes comforting things to discover during lockdown.

I gather that I’m far from the only one who has found sleep of the uninterrupted and restive variety to be a rare and precious commodity of late, a result, no doubt, of the tendency of the subconscious to force into play the fears and concerns we tamp down during daylight hours, right when we’re most vulnerable. The upside of this has been an increase in what for me was already a voracious appetite for reading. My iPad – great for reading at night – tells me that I’ve surpassed my “weekly reading goals” several hundred times over the past two months, and also informs me that I’ve read 32 books during that time.

A dozen of these are the majority of the collected works of Ross Thomas, who I had never heard of prior to the arrival of the Rosario Dawson series “Briarpatch” on the USA network earlier this year. Thomas, who died in 1995, writes what might loosely be described as crime thrillers with an incisive eye for the insidious corruption he sees as endemic to politics. He spent his life in the military, politics and public relations, and didn’t write his first novel until he was 40, so Thomas knew what he was writing about. His talent for sardonic, fat-free prose and brutally honest observation hooked me from the moment I hit “buy” on my books app, after reading the free sample from “Twilight at Mac’s Place,” my port of entry into Thomas’ world. It didn’t take me long to become obsessed. If you’re a fan of noir fiction, John LeCarre, Raymond Chandler and the like, I highly recommend my favorites from my crash course in Thomas: “The Cold War Snap,” “Cast A Yellow Shadow,” The Eighth Dwarf,” “The Fourth Durango,” “Briarpatch” and “Ah, Treachery!”. They’re all in print and easy to find in digital form. (USA’s “Briarpatch” also is well worth a binge, too. Dawson is stunning.)

My iPad books app suggested I check out “IQ” by another writer I had never heard of, Joe Ide, based on my observable fondness for Thomas’ work. Bam, another obsession was born. Ide is a Japanese-American writer of crime fiction whose novels place his rather brilliant creation – a young inner-city sleuth named Isaiah Quintabe – in present day Los Angeles. All of Ide’s novels – “IQ,” “Righteous,” “Wrecked” and “Hi Five” – blend hyper realism with graceful language and humor in a manner that calls to mind Raymond Chandler and Carl Hiaasen. I read all four books in a week and was left anxious for the arrival of the fifth.

A truly strange book entered my life at 4 a.m. one day when, after falling into a fitful sleep while listening to David Sylvian’s evergreen album “Gone to Earth” on headphones, I awoke thinking I should search to see if any new literature on Sylvian and his art was out there. (Christopher E. Young’s “On the Periphery: David Sylvian – A Biography” is the most authoritative work on the subject I’ve discovered.) I found something online called “David Sylvian as Philosopher,” by Leonardo Vittoria Arena. The digital edition was $3, so I bit, and downloaded it. At first, I was horrified realizing that the book appeared to have been translated from the Italian, and poorly. But as I got into it, the author’s passion and insight came through the  frustrating and hilarious clunkiness of the translation. I ended up loving it, faults and all. 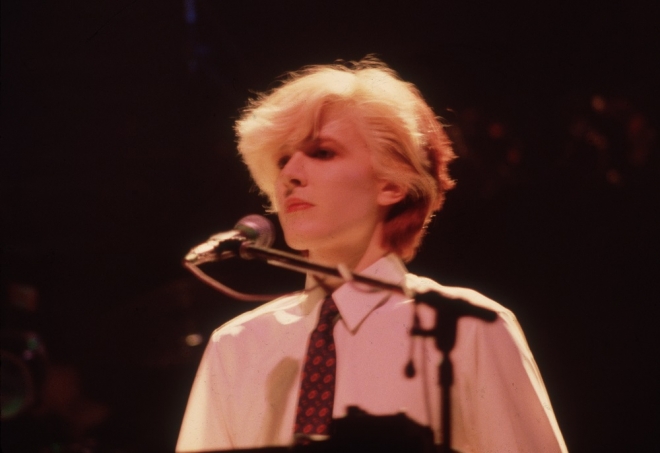 Ruminating on Sylvian led me to recall Michael Bracewell’s excellent 2008 book “Remake/Remodel: Becoming Roxy Music,” and to wonder if anything new had been added to the Roxy/Bryan Ferry lexicon. No, as it turns out, but I’d missed David Buckley’s “The Thrill of It All: The Story of Roxy Music and Bryan Ferry” when it came out in 2004, so I rectified the situation, then dove back into my collection of Roxy vinyl with fresh ears and a thankful heart. Still weird and wonderful after all these years. 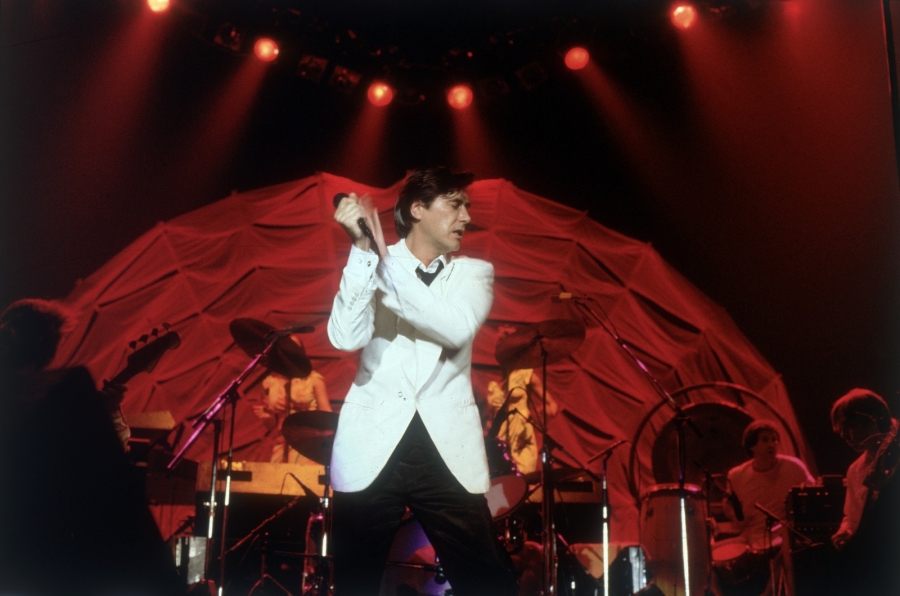 Moving from the heady delights of Sylvian and Roxy Music to the more primal and frankly trashy charms of Duran Duran might seem like slumming it, but the band has always been a mildly guilty pleasure of mine, and after catching the well-done documentary “Duran Duran: There’s Something you Should Know” on Netflix, I thought I would check out Duran bassist John Taylor’s bio “In the Pleasure Groove.” I’m glad I did. Had it not been for lockdown, I might have forgotten how charming Duran’s “Rio” and “Notorious” albums are, and how great they sound when played on vinyl at high volume. No guilt, all pleasure. 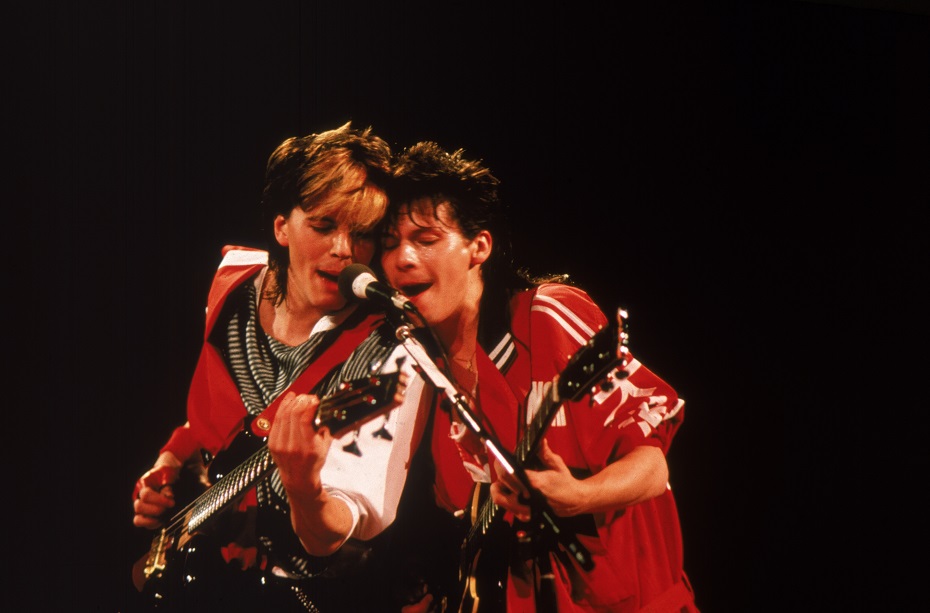 Speaking of guilt, I initially felt plenty when my wife convinced me to sit down in front of the television that was tuned to the Hallmark Channel. Ahh, but this is Hallmark Movies & Mysteries, I told myself, looking to cling to some remnant of self-respect. That makes it a touch cooler. 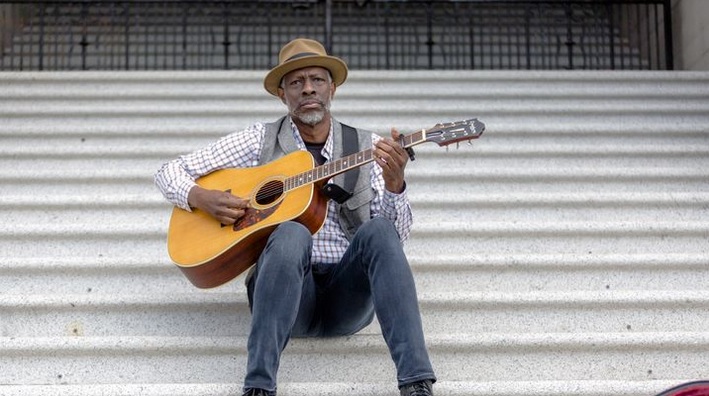 Barely 30 minutes into something called “Signed, Sealed, Delivered: Higher Ground,” however, guilt had become the furthest thing from my mind. I was drawn into this movie from the MM&M series, I later learned, that has been around for several years. It's about an eclectic crew of post office employees working from the Dead Letter Office tasked with hunting down the intended recipients of letters and packages that had been waylaid for a variety of reasons. Admittedly, and unsurprisingly, it was the music that got me first. “Higher Ground” stars and is built around the songs of folk-blues stalwart Keb' Mo', and the plot involves a moving love story involving a down-on-his-luck journeyman musician and a blues club proprietor who fall for each other in New Orleans, but are forced apart by Hurricane Katrina.

This is Hallmark, so yes, it’s a bit corny, but I found myself deeply moved, nonetheless. To borrow a line from Bob Dylan, “Maybe I’m too sensitive/Or else I’m getting’ soft.” Regardless, had I not been in lockdown mode, it’s not likely that I would’ve taken the time to allow “Higher Ground” into my life.