There's a whirlwind of activity in Buffalo restaurants as owners scramble to recoup some of the money lost during the Covid-19 shutdown by opening safely for takeout. Even food businesses that have been fixtures for more than 40 years face the challenges of this new world.

Eileen's Centerview Bakery, a neighborhood gem in West Seneca for 56 years, reopened Tuesday with a scaled back approach – just six people are allowed in the bakery at a time – and bittersweet emotions from Carol Parker, who runs the bakery with her father, Robert Frick.

"(Reopening like this) is something we've never had to do before," Parker said. "It's definitely different and at times it's a little sad that things are like this now, but we're just trying to move forward."

Adjusting to a new normal has been a struggle, but here's another list of popular food businesses planning to plod on.

Known as a steady, family-owned Southtowns bakery with gargantuan almond rings and pastry hearts, the staff at Eileen's was "heartbroken" when it could not open for Easter, traditionally one of its busiest days, Parker said.

Customers were thrilled when Eileen's decided to reopen for takeout – to the tune of 700 Facebook shares – and sure enough, the first phone call order was for an almond ring, Parker said.

"It's a responsibility to be open because we are deemed essential, even if we're on the fringe of that," Parker added. "Other businesses that are suffering cannot be opened because the state says they can't. It's a privilege for us to be here." 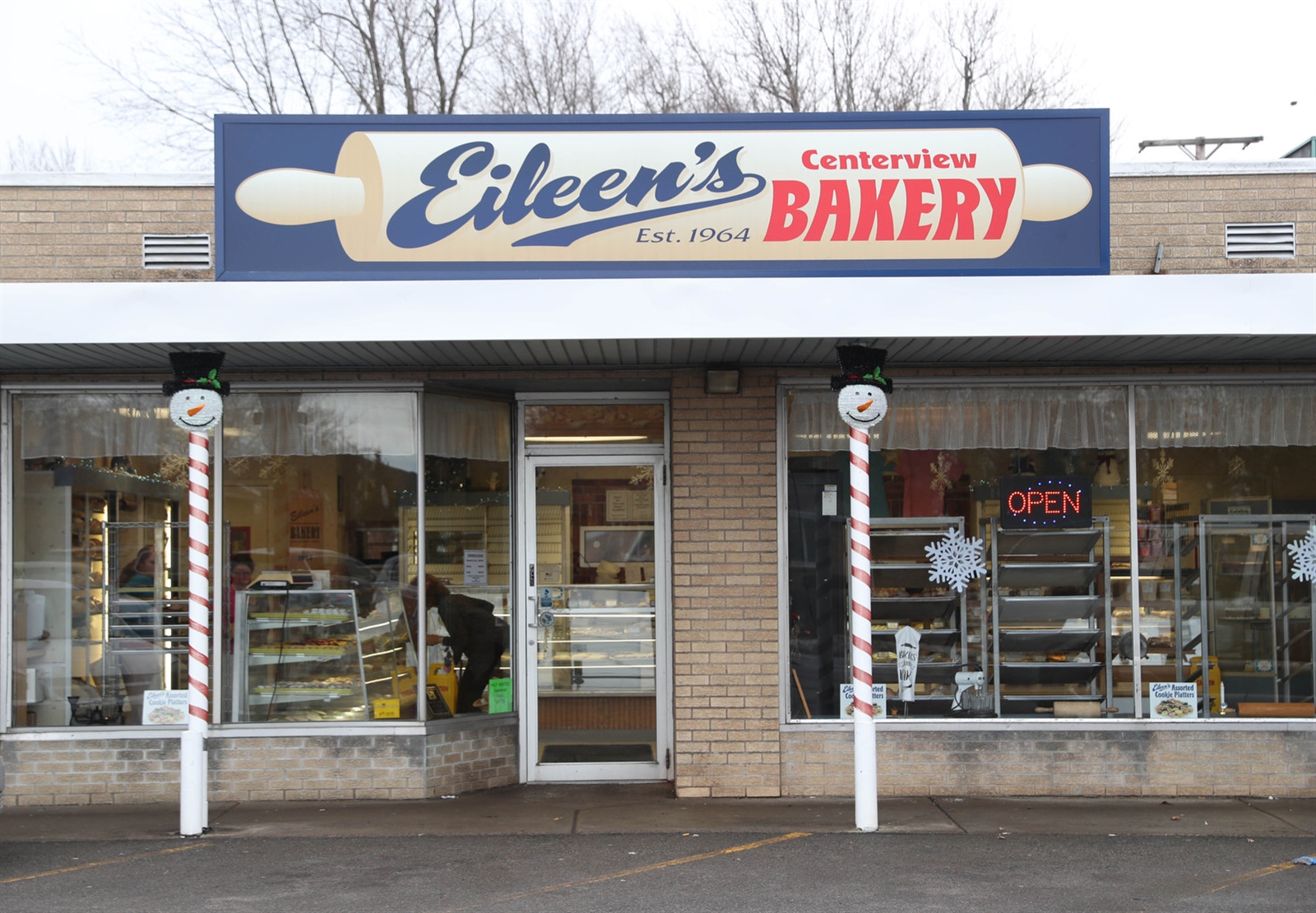 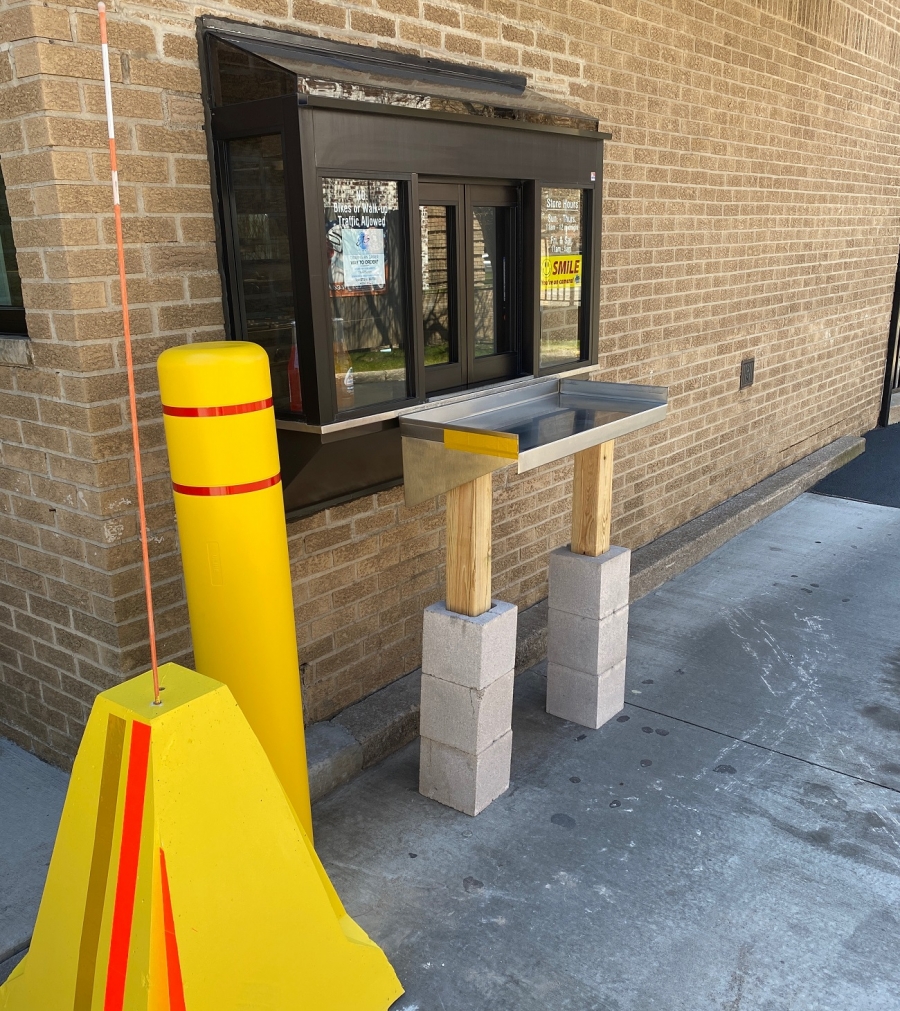 New drive-thru window shelf at Elmwood Taco and Subs to limit contact between employees and customers. (via Michael Lucchino)

ETS, an affordable quick-service restaurant in Buffalo since 1975, attempted a takeout/delivery strategy until March 30 before shutting down entirely for the next six weeks.

"As a family we were extremely nervous and we felt that a hard pause was the way to go for everyone's safety," said Michael Lucchino, who handles the day-to-day operations with his sister, Jackie Kooshoian.

The hiatus nears an end, however, as pictures of the Elmwood late-night favorite undergoing a steam sterilization cleaning were shared on the restaurant's Facebook page in announcing the May 15 reopening.

Lucchino noted the addition of a shelf in front of the drive-thru window where customers can pick up food and drinks to limit direct contact with employees.

Delivery, available within a 3-mile radius of the restaurant, will have a $25 minimum order but no additional delivery fee, at least until the end of May.

Our new normal! Getting ready to open this FRIDAY, MAY 15. After our normal morning clean with soap and water we added...

The beef-on-weck extraordinaire dates back to 1837 as a family restaurant in West Seneca, and it's been only six years since a driver crashed a car into the restaurant, forcing Schwabl's to close for nine months.

As News food critic Andrew Galarneau found when he visited the "roast beef temple" again in 2016 after it reopened, the classic Buffalo sandwich hasn't lost its charm. 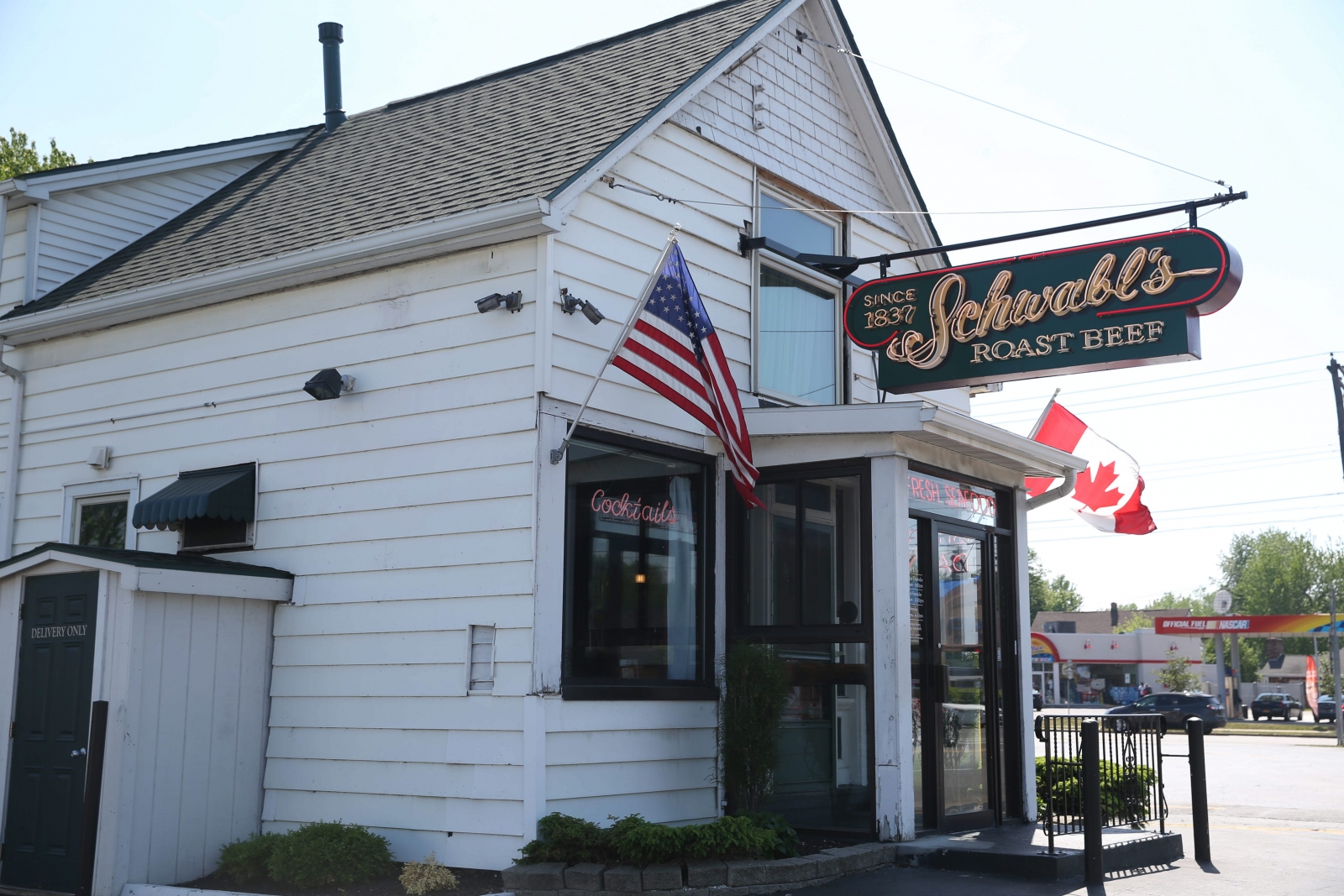 The bar-arcade-bowling-alley that exploded with popularity soon after its soft opening last year is beginning takeout with a few specials: A fish fry and seafood extravaganza is scheduled for May 15, with a chicken barbecue the next day.

Even though the game-focused atmosphere drew customers in pre-pandemic, the staple foods – ranging from pork skin nachos to two creative flatbreads – are no slouches, either.

Steel City is pushing its VIP program, which gives customers a free meal every month.