Here are a couple of Main Street views from April 1950 and the accompanying Google Street View images as captured over the last few years.

You might not even notice the Ellicott Square Building in the very busy 1950 picture of Shelton Square.

In today’s photo, it’s the only building standing. 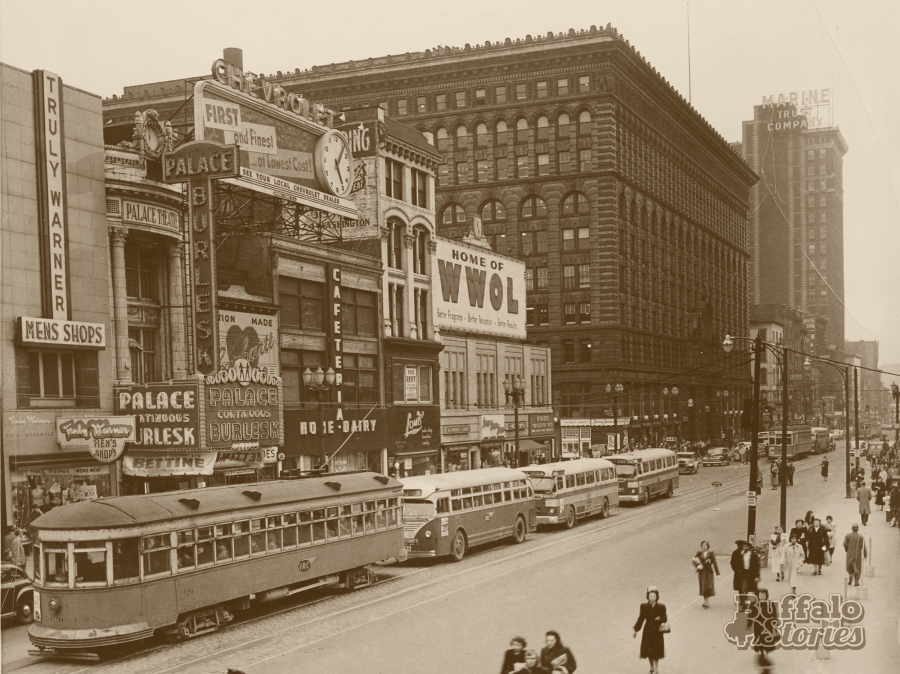 A clock with a Liberty Bank sign hangs off the front of the building which is now home to a ground-floor Tim Hortons, but then was home to the main office of Liberty Savings Bank.

On the east side of Main, the series of buildings which was then home to Kleinhans, Woolworth and J. N. Adam & Co. all still stand, even if the stores have long closed. J. N.’s closed in 1959, and Adam, Meldrum and Anderson moved into the space from across Main Street. AM&A’s sold to Bon-Ton in 1993 and closed the downtown store in 1995. Kleinhans closed in 1992 and Woolworth followed in 1997.

The block of buildings beginning with Bond menswear was torn down in 1964 to make way for the One M&T Plaza headquarters building. 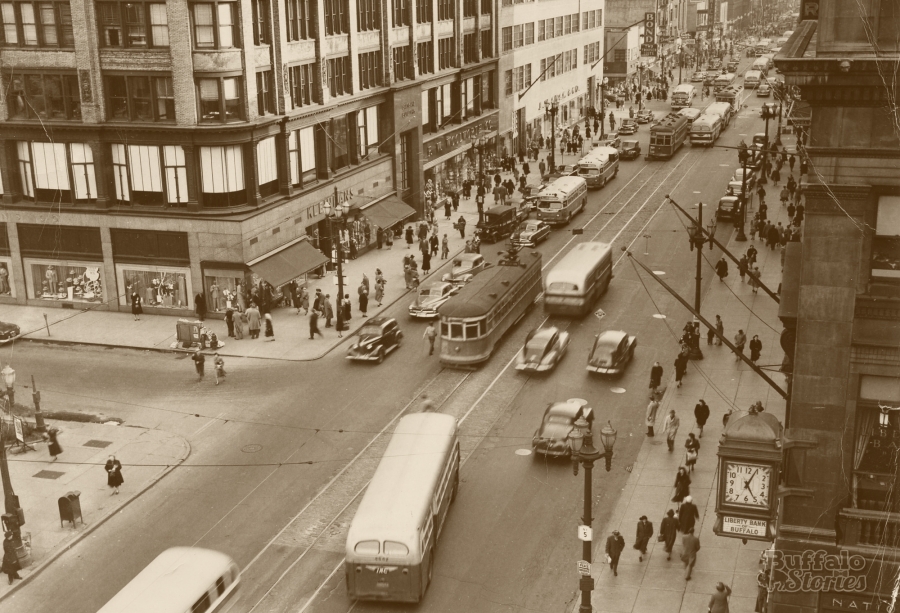 Looking south from Main and Huron

In the 1950 foreground, you see a car making a left off Main Street onto a part of Genesee Street that no longer exists, now covered by the Hyatt Regency for more than 30 years. 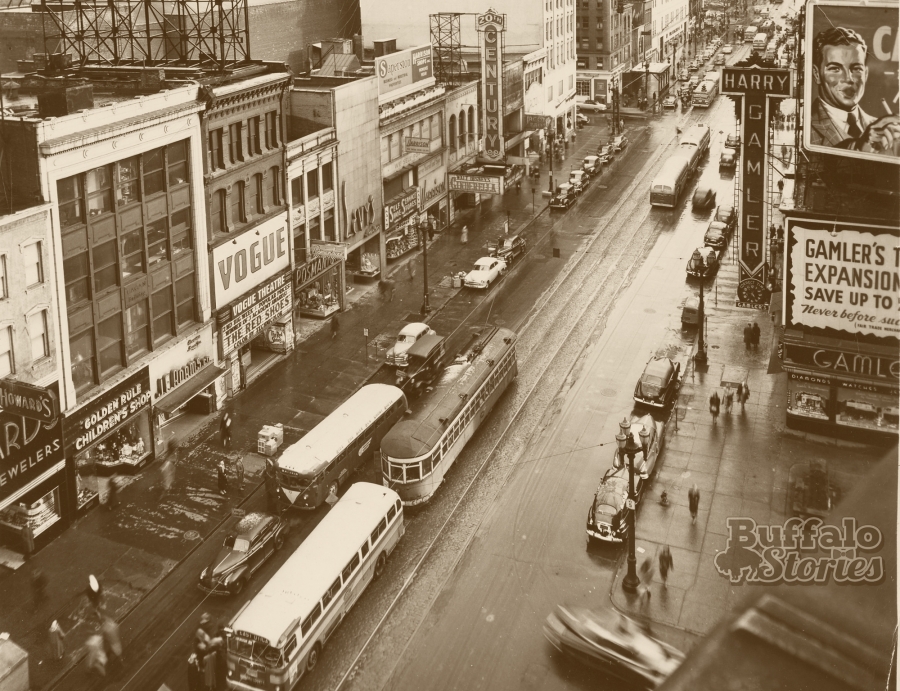