She's been Mom and he's been Dad since the moment nearly 25 years ago that Emily came home with them when she was 6 weeks old.

But on Friday, two days before Mother's Day, amid a pandemic and a court system functioning almost entirely online, Laurette and Raymond Janak officially adopted their adult daughter Emily via virtual court.

The Janak family raised their hands in front of a large TV screen in their home in Colden and swore to tell the truth.

The adoption was supposed to be finalized at the end of March but Covid-19  prompted courts in New York State to halt everything but the most essential matters.

"I was disappointed," Laurette Janak said. "It was a little scary."

The Janaks are already Emily's legal guardians, but they wanted to make sure that they could continue taking care of their daughter. 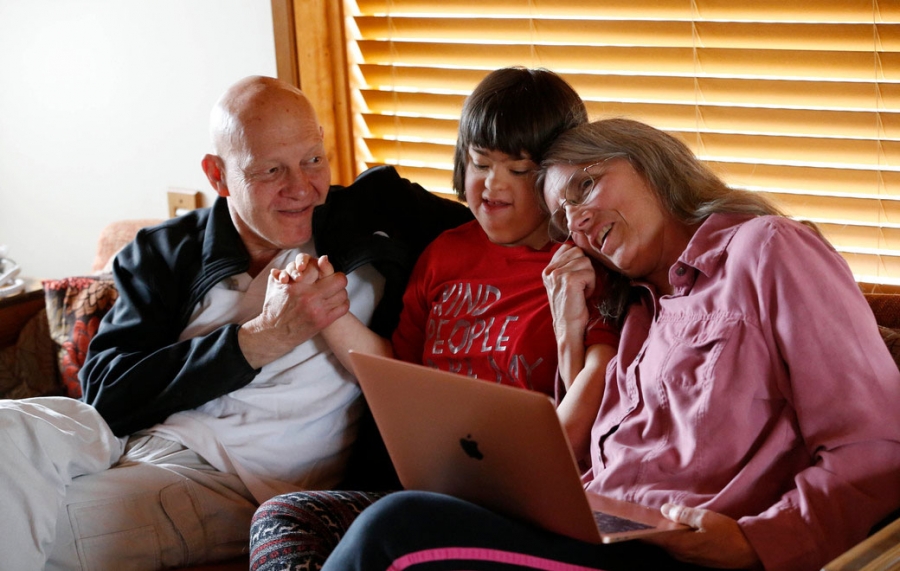 Emily Janak has Down syndrome and is also on the autism spectrum. She's had many health problems throughout her life, including two bouts with cancer. With the coronavirus spreading across the globe, there was an added layer of concern about health in the family, and the future.

As courts adjusted to operating virtually, more proceedings were allowed to take place.

"We've been able to expand that a little bit," Mosey said.

Adoption proceedings are among those now starting to be heard.

Not all adoptions can be handled yet but Mosey said she was comfortable allowing the Janaks' case to be finalized because both the parents and Emily had legal representation and because Emily Janak is an adult.

"With everything that is going on today and in the world that we've been put into with Covid-19, the fact that we are able to do something special and this wonderful on behalf of your family and Emily, we just want to say thank you," Mosey said.

"This is a gift to us," Laurette Janak said.

Mosey asked if anyone had any questions.

Laurette Janak only asked that "when this Covid-19 thing's all over, that they don't cut services for special needs people."

"We need their help," she said.

Mosey asked if they were ready for her to sign the order of adoption.

"Drumroll," Raymond Janak said as Mosey could be seen signing some paperwork.

"She's always been official to us," Laurette Janak said.

Still, the Janaks were happy to have it in writing – and to have her with them, they said after the proceeding.

They're amazed by her resilience.

When Emily Janak was battling leukemia, her mother would open the curtains in the morning and say: "We got another one!"

To this day, when Laurette Janak comes to her daughter's room and opens the curtains, Emily yells out: "We got another one!" 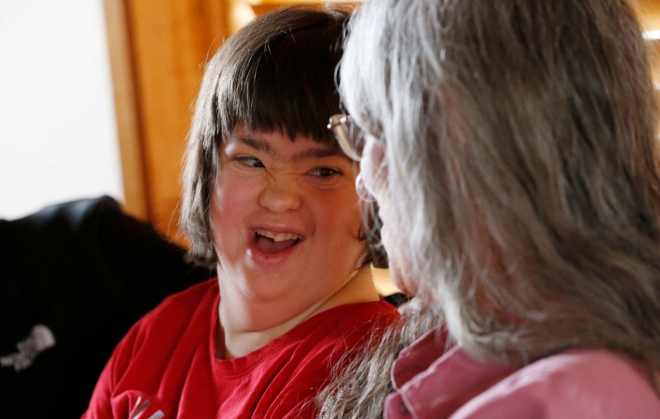 The Janaks have raised Emily as their own since she was 6 weeks old. (Sharon Cantillon/Buffalo News)

Sheltering in place has been tough for Emily. She likes routine and hasn't been able to see friends from her day program.

With everyone isolating at home, the family wasn't able to go out to celebrate the special day. They joked about taking a trip to the kitchen, or maybe the backyard, then noticed through the window that snow was falling.

Emily Janak doesn't understand Mother's Day, but her family said she knows her mom – and dad – love her, and that's what matters.

"What day does mommy love you?" Laurette Janak asked.

"How much does mommy love you?" Laurette Janak asked.