Normally, the dedication of a house built by Habitat for Humanity is a joyful occasion where a family celebrates its new home with friends, relatives and the volunteers who built it.

Saturday's dedication on Lawrence Place in Buffalo was a joyful occasion, but most of those who saw it weren't there.

For the first time ever, Habitat for Humanity Buffalo held a virtual dedication, using the Zoom app to connect Yasmin Santiago and her three children to those who wanted to celebrate with her while avoiding the possible spread of the Covid-19 virus.

Teresa Bianchi, executive director of Habitat for Humanity Buffalo, said a Habitat staffer held the camera, and the only other people present were the Santiagos. Yasmin's husband Robert, who was driving back from Colorado with his brother, missed the ceremony, Bianchi said.

"A lot of the people (watching on Zoom) were our regular volunteers, we call them home team volunteers, and they're an older population, a risk population, so we can't have them on site with us right now," Bianchi said.

"Typically we'll have about 30 people in the house. On Zoom, we had almost 60 people," she added. "We can't hug the homeowner, but more people got to participate." 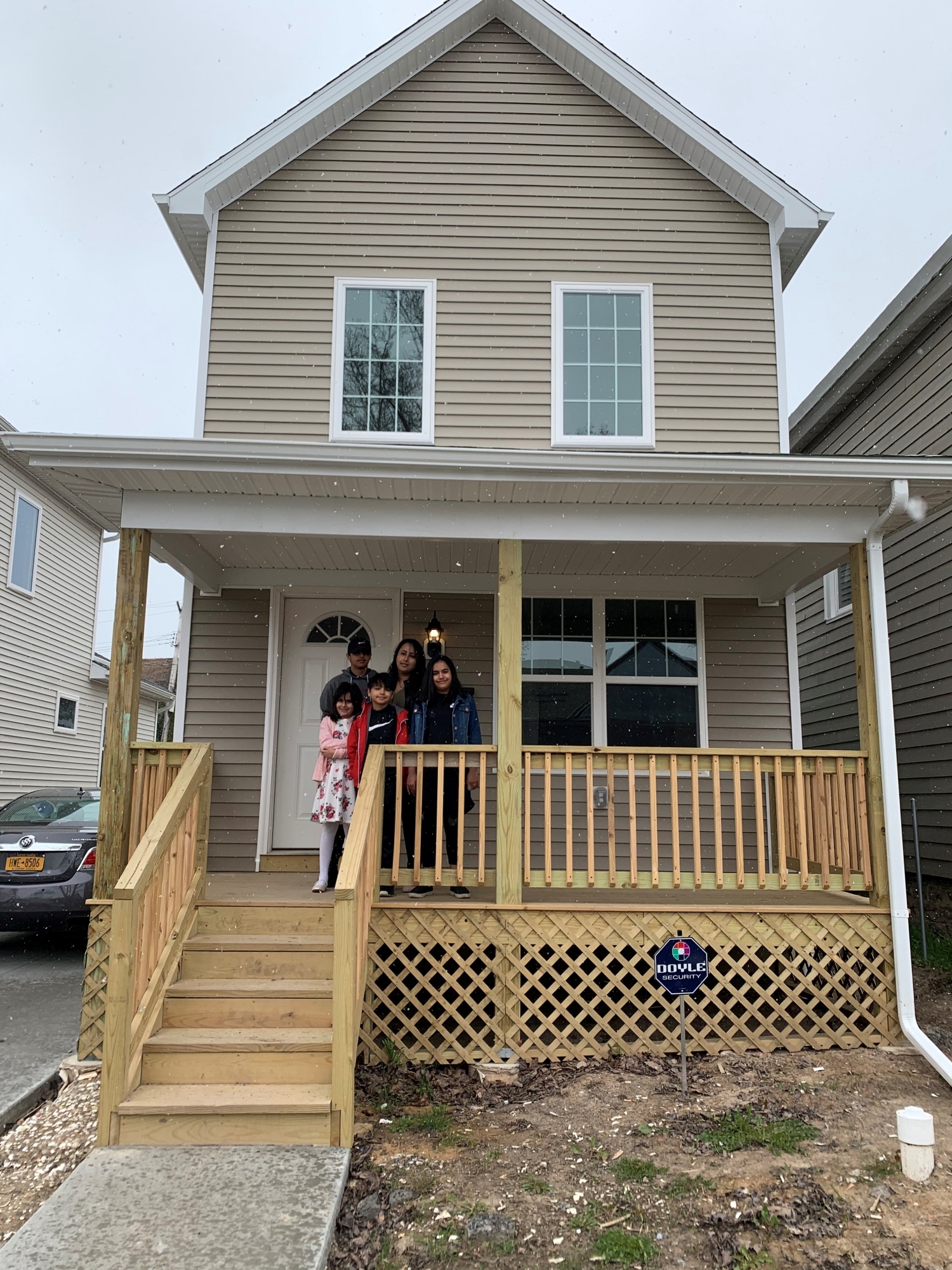 The Santiagos were required to contribute 500 hours of volunteer time, taking homeownership classes and working on other Habitat homes, as well as their own. At the 250-hour mark, they were allowed to choose a lot from Habitat's list of holdings.

"We don't typically build on the West Side anymore because the costs are so high," Bianchi said. "A lot of our families want to live on the West Side. They sit in our program for a while, waiting for something to open up."

Plans to build 20 houses this year have been cut in half by the pandemic, construction restrictions and a drop in donations – not to mention high real estate prices.

"We went to purchase 32 lots from the city – there were some on the West Side, but mostly on the East Side – and we got the appraisals back and the appraisals had more than tripled what we paid the year before," Bianchi said. "We ended up being able to afford to buy only 15 of the 32 lots, which is really a shame. Because, think about it: all those lots would have had houses on them that would be producing taxes from the families that would be moving into them."

The community housing group PUSH Buffalo sold the Lawrence Place site to Habitat for $600, but Bianchi said the city charged $7,500 for the adjoining lot, where Habitat has nearly completed another house.

Bianchi said the Santiagos, who declined to be interviewed, had been renting a North Buffalo house that was in poor condition.

Habitat has constructed 121 houses in Buffalo since 1985. It holds interest-free, 30-year mortgages on its houses, which are subsidized through public donations to the agency. It expects the families to pay 22% of their income toward the mortgage.

Despite the pandemic creating mass unemployment, Bianchi said less than 20% of Habitat families were behind on their mortgages in April. She had feared that number would be far worse.

"We're holding our breath on May," she said.

Habitat foreclosures are not unheard of, although the agency usually offers more forebearance than a bank would, Bianchi added.