A line of cars – as far as the eye can see – has set up frequently in Orchard Park to retrieve pre-orders for Kaylena Marie's Bakery cinnamon rolls. This is one example, of many, that proves Buffalonians will leave the house for safe food pickup, especially when treats are at stake.

Those treats are expanding significantly this weekend, with a strong lineup of dessert and summer food businesses making their takeout debuts.

The original location of the Poked Yolk, a popular breakfast and brunch restaurant in a Transit Road strip plaza, reopened for takeout on May 9, with reduced hours and social distancing mandated for pickup and payment in the restaurant lobby. Owner Jim Vaughan said the Orchard Park location, at 3698 Abbott Road, will likely open in the middle of next week.

Two customer favorites are listed on the abbreviated menu: cinnamon roll pancakes, which run three for $6.99, and the chicken wing omelette for $8.99. A quarantine-friendly family pack, which includes four pancakes, six scrambled eggs, home fries, four strips of bacon and four sausage patties, is $19.99, with the option of upgrading to cinnamon roll pancakes for $3 more.

The restaurant's Facebook page delves deeper into the proper ordering procedure and pending delivery possibilities, and will be where Vaughan releases further info about the hours for next week in West Seneca and OP.

[Read: 2017 interview with Vaughan about the Poked Yolk]

The basics – such as social distance markings for standing in line, closure of indoor seating and the bathrooms, plus no picnic tables on Hertel – were noted, but so were other details such as no sampling flavors on-site and the indefinite continuation of their mystery boxes – of which they've sold more than a thousand across their eight batches so far – for those who'd prefer to avoid the ice cream shop lines.

The final line of the owners' Facebook post was stirring, too: "I know sometimes the masks cover peoples' smiles, but when you’re getting an ice cream cone, we can see the smile in your eyes, too." 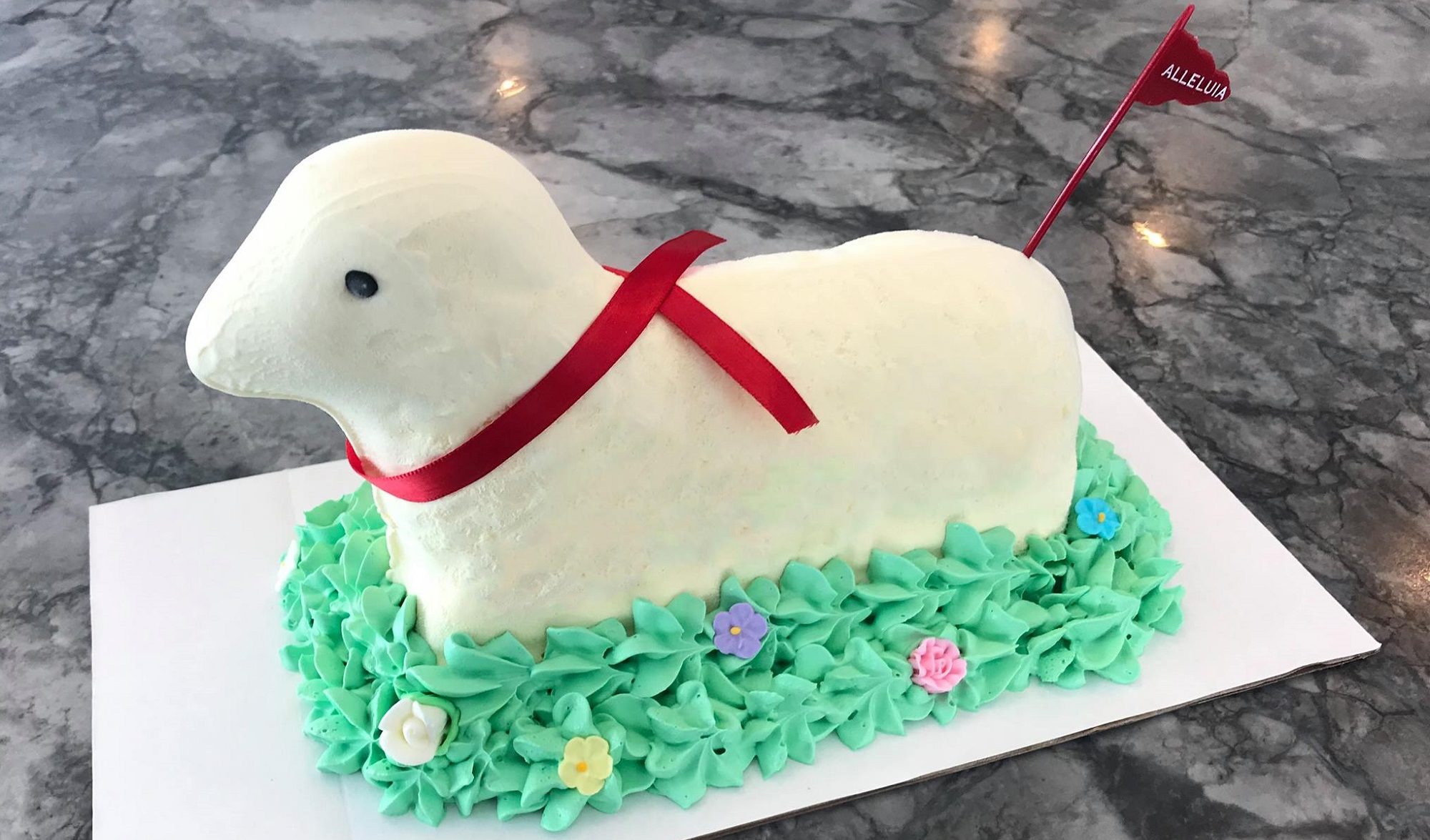 After returning their Butter Lamb Ice Cream Cakes for Easter and selling more than a thousand mystery boxes, Lake Effect Ice Cream has reopened both stores for takeout. (via Lake Effect)

The popular waterfront seasonal stand in Tonawanda opened for takeout May 8 with a limited – but not that limited – menu. In addition to traditional burgers and hot dogs, customers may still order from Omar's Seafood Shack – known for fresh clams and mussels – as well as from the smokehouse, which features ribs and chicken.

There's nothing stopping you from picking up takeout, then walking or driving across the street to sit by the water to eat, either, provided you respect social distancing.

Some of Woodcock's comfort food is unusual – take deep-fried provolone wedges and beer-battered green beans, for example – but there is, unexpectedly, more practical foods to stock up on, including deli meats and Costanzo's rolls and even raw filet mignon.

For those looking for a simple meal, the wood-fired pizzas and quesadillas are still available, too, with a "buy two, get one free" Crowler deal on beer if you use a promo code.