"I'm lying on a steel table, all too aware of the giant ray gun pointed in my direction." From the opening line ( in a chapter titled "Let's Get Radioactive!") Rob Harrell draws the reader in to this inspiring, often very funny story of a 12-year-old boy simultaneously battling eye cancer and the demons of middle school. 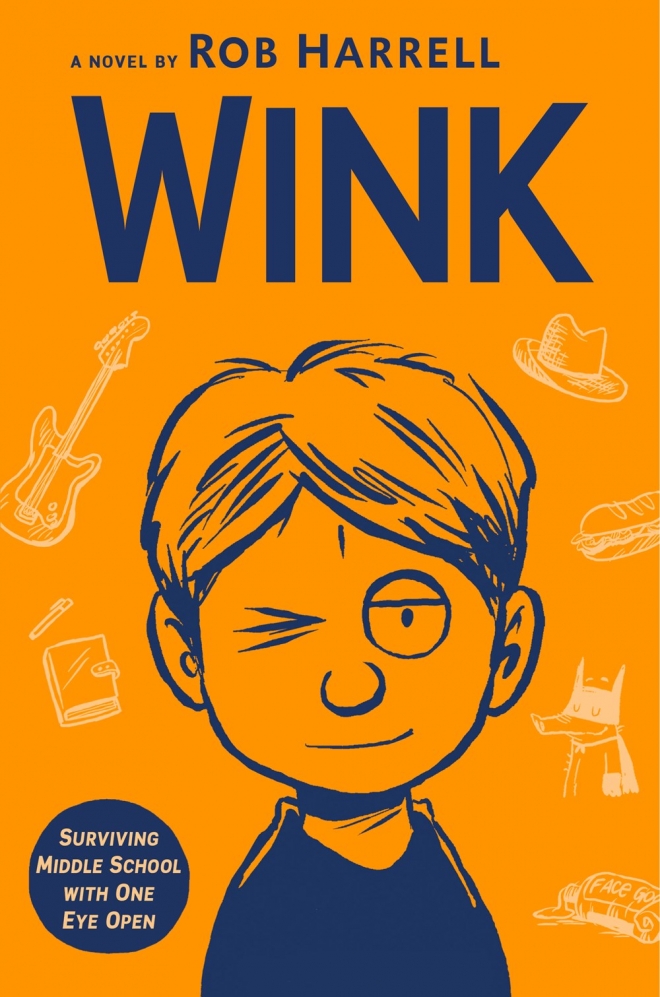 Harrell, the creator of the Life of Zarf series and long-running daily comic strip Adam@Home, draws on his own experience with eye cancer to give his novel a gritty realism, complete with the embarrassing details of eye "goop" and hair loss (a clump of hair falls onto a girl's pizza slice in the school cafeteria in "Wink")  and the general terror one might feel at any age at the prospect of losing their vision and/or dying.

Before his cancer diagnosis Ross Maloy was just a regular kid with two best friends, Abby and Isaac. "I used to be invisible. I could walk through a crowded library and escape completely unnoticed. Unscathed. Hardly anybody talked to me, and I lived peacefully under the radar like a stealth bomber in a hoodie." The invisibility ends the summer before 7th grade when he develops a "frog eye," a puffy eye out of nowhere. It turns out to be an incredibly rare and aggressive tumor, "a mucoepidermoid carcinoma of the lacrimal gland."  A specialist says the entire eye and socket must be removed immediately, and subsequent radiation will cause total vision loss in the left eye as well. A second opinion saves the eye, and Ross's time at the proton radiation center brings friendship with an elderly patient and with a music-loving technician who plays in a band called Ripe Sponge and ends up teaching Ross to play the guitar. School is still miserable. His friend Isaac has shut him out, and Ross, who has to wear a cowboy hat to school for protection from the sun, becomes a target of particularly nasty bullying by someone creating hurtful memes. Music turns out to be what saves Ross; a boy who seems like a neanderthal becomes his bandmate. The unmasking of the villain behind the memes brings a sense of justice as does the thrilling finale at the school talent show.

Like Harrell, Ross likes drawing cartoons and his BatPig comics are included throughout. Harrell notes in the afterword: "The puffy eye, the surgery, the dime slot scar, the hair loss, staring at the big X, the eye goop, the vision loss: That all really happened. Even the dumb hat." 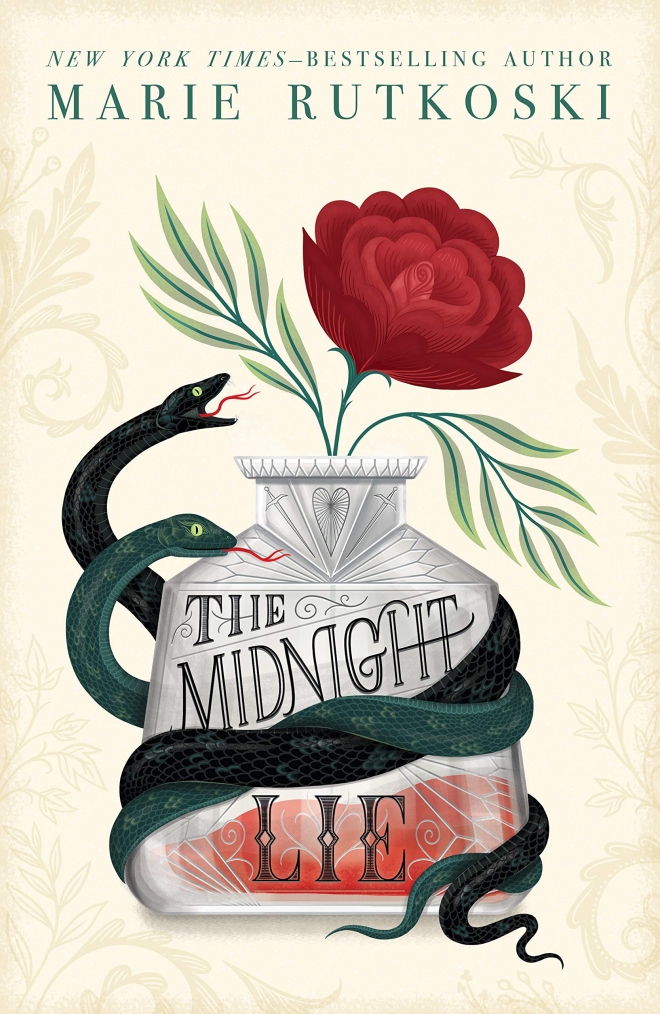 This LGBTQ romantic fantasy is set in the world of Rutkoski's thrilling Winner's trilogy, and while it offers suspense and an intriguing premise, the shocking finale makes it hard to imagine where the sequel will take the main character.

Nirrim is an orphan living in the Ward, a joyless place that is home to the Half-Kith, lower-caste beings who are not allowed to wear colors or eat sweet things. (Rutkoski is a gifted writer: "The Ward is a puzzle of skinny streets that turn an ice wind into pure malice." )

Nirrim has been cared for after leaving the orphanage by Raven, a feared member of the Middling class who chooses to live in the Ward where she runs a tavern. Nirrim works as a baker in the tavern and uses her photographic memory to help Raven with her illegal business forging passports. Those who break the rules can be thrown in jail and charged a tithe, or executed; Nirrim ends up in jail where her "tithe" requires her to have blood drawn every day of her sentence. In jail she meets an attractive stranger named Sid, a traveler from afar who tells Nirrim the High-Kith possess magic.

Nirrim forges papers for herself to investigate this world of the High Kith; that experience and her relationship with Sid shatter her ideas about herself and her place in a world she thought she knew. Rutkoski offers an intriguing fantasy world with its history deliberately erased and a class system built upon lies.