The last time Cheryl Wind saw her grandmother, Arline Yaw, was on March 1.

"She walked me to the door at the nursing home," Wind said.

Her grandma was 99, but remarkably healthy and strong, and Wind couldn't have imagined as she left Father Baker Manor that she'd never see her again.

On March 12, as cases of Covid-19 were quickly multiplying downstate, Gov. Andrew Cuomo issued an executive order barring visitors to nursing homes. A few weeks later, officials at Father Baker Manor in Orchard Park announced 41 residents and 25 workers had tested positive. Yaw was not among them.

But later she tested positive. She was faring well at first.

Then "it just really hit her hard," Wind said.

The family had a small graveside service in Collins on May 4 and plans to hold a larger memorial service whenever that's possible.

Yaw was a kind and loving woman who put her family first.

She was born in Ellicottville and grew up on a farm. "She went to a one-room schoolhouse," Wind said.

She was one of eight siblings, the oldest daughter. "So she did have to help with all of her siblings quite a bit," Wind said.

Yaw, who moved to the Town of Boston, was widowed in the 1960s. She had one child, a daughter, Joy Wind.

For over four decades, Yaw worked as a hairdresser at a shop in Hamburg Village Plaza.

"She was a really hard worker," Wind said. "She worked well past retirement age. She loved it. She loved all her clients. Her specialty was shampoo-and-set. She did a lot of old ladies' hair."

She retired only after she fell on ice and broke her wrist.

Still, Yaw kept busy. She loved to go camping with her grandchildren and great-grandchildren at Allegany and Letchworth state parks. She volunteered with Boston Senior Services and was a longtime member of the Faith United Church of Christ in Boston.

In the nursing home, she walked every day. She was a huge fan of the Buffalo Sabres and her room at Father Baker Manor was decorated with Sabres calendars. She liked being with the other seniors there, Wind said.

"She felt they took really great care of her," she added.

With visitors barred, Wind tried a couple of times to FaceTime with Yaw.

"She couldn't hear so well so I wrote questions, like 'Do you know what's going on?' But she didn't understand the technology so she hung up both times," Wind said.

Yaw lived a long life, but Wind said she still had so much life left in her. 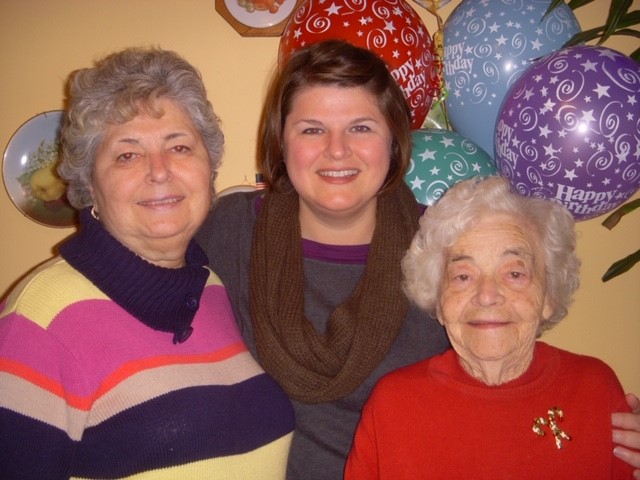