While the area's local speedways remain silent because of the coronavirus pandemic, track owners are keeping busy for what they hope will be an eventual green flag on their delayed seasons.

"We're getting everything ready to open," said Vito Antonicelli, co-owner of New York International Raceway Park in Lancaster. "When they tell us we can open, we will."

NASCAR plans to return May 17 in Darlington and no fans will be allowed. NASCAR can do this because of a lucrative television package that pays big money even if the grandstands will be empty.

The World of Outlaws has announced a revised schedule through June, including a sprint car series race Friday in Knoxville, Iowa, and a late model series event May 15 at Boone, Iowa. No spectators will be allowed at either event and they will be shown on DIRTVision.

But local track owners say they can't afford to run with empty or limited grandstands when restrictions are relaxed because most of their money comes from ticket sales, back gate competitor pit entry fees and sponsorships, and they need that money to recoup what they invested for improvements to their facilities.

"It does not look like anything will be open until June at the earliest," Antonicelli said. "We are doing the improvements that we have to do right now and getting everything up to par. All of our VIP booths have been redone. We're cleaning up the place. There's other upgrades being done, too. ...

"We didn't realize that this pandemic was going to happen so we've been spending money all winter long hoping that by May we were going to be open and making money back. So this has put a little financial damper on us and a bit of a mental damper on us, too."

NYIRP runs several nights a week with drag racing, cruise night and some stock car racing creating a packed schedule for the racing season. Antonicelli says that means any previously scheduled events will be canceled.

"I just hope that once we get open the racers and spectators will support the place," Antonicelli said. "I believe they will." 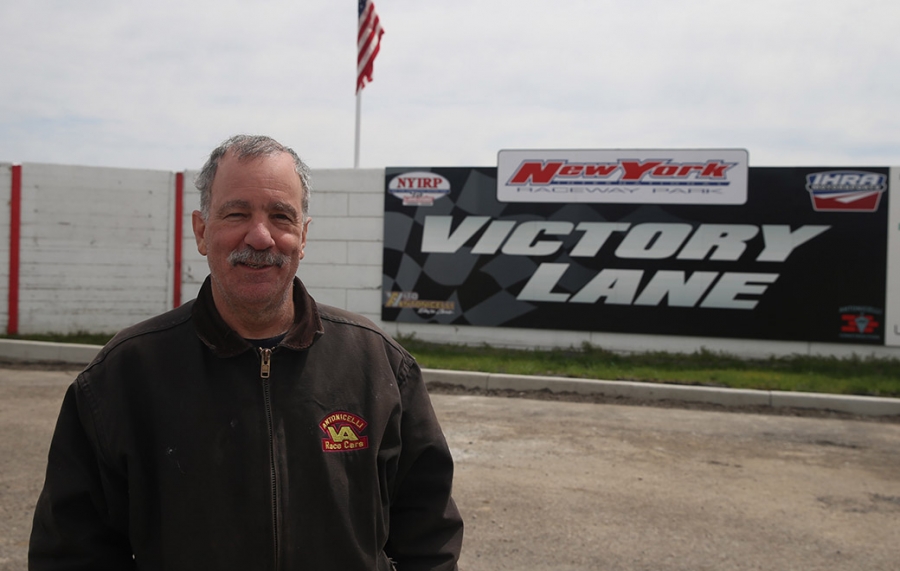 Holland Speedway is still for sale, but co-owners Ron Bennett and Gordon Becker have a short season planned with three stock car events scheduled and two NAPA Crash-A-Rama thrill shows. The first Crash-A-Rama event is June 20 and the first stock car show, the Crosby's 100 for the ROC Modifieds, is July 18.

"Right now, we're on hold like everybody else," Bennett said. "The whole concern is that we can't have any mass gatherings of people here. I think what's going to happen that will tell us where we are going is football. That starts up in July with the summer training camps. The preseason games follow. I can compare it to that because they have mass gatherings.

"We're continuing to plan our season, gathering sponsors and proceeding. The question then becomes what New York State is going to do in regard to mass gatherings. We continue to do things at the track now. Many of them are cosmetic in nature. We have to maintain our facility in good condition. We also are trying to make some improvements because we are looking to sell the place."

Freedom Motorsports Park promoter Bob Reis said he is highly skeptical there will be a racing season.

"It is just my personal opinion, but right now I don't think there is a snowball chance in heck that racing will be held in Western New York this summer," Reis said. "We're not going to open our racetrack until the local and state government gives us their blessing. I feel that even in a limited capacity that if they limit our grandstands and with social distancing that we wouldn't even get enough people in the grandstand to cover our bills from running the races."

As Reis points out, the reality is bills still need to be paid and nothing is coming in.

"Right now I still have various bills that I am paying relative to owning and operating my speedway," he said. "You know how much money I am taking in right now to help pay those bills? It's zero. We do have sponsorship for our racetrack, but there's no way with a clear conscience I can ask any sponsors for any funds because they have their own problems to worry about keeping their core businesses open. ...

"If they're not going to have music festivals and other events this summer including the fairs, I don't think we're going to get the green light to run full capacity in the next couple of months to resume racing which is going to kill the whole season. I am hopeful that maybe we can get in a few early fall races but ... it does not look good.

"But Freedom will survive, whether it is this year or next."

Reis noted that tickets sales largely fund purses, and the purses need to be big enough to attract drivers, and the quality of the races brings in fans.

"He is very special to the history of Ransomville," Martin said.

For now, Martin said the track is continuing to work on improvements.

"We put up a new front stretch wheel fence," Martin said. "Also, we put new milling stone down in the parking lots and installed a new PA sound system in both the main spectator grandstand and the pits. We are installing new sanitation stations around the facility to make it more healthy and sanitary when the racers and fans return here."

Humberstone, Merrittville and Stateline are among other tracks that have put their season on hold due to the pandemic.