He was a sophomore at Kent State University when the Ohio National Guard fired shots into the crowd at an antiwar rally. Four died; he was among nine wounded. What happened in the moments that followed would lead Grace to a life of grace in Western New York.

This is a story of how randomness — a bullet fired, a friendship forged — can change the trajectory of a life. It’s a fully American story of bitter ordeal and better angels.

Grace, who’s 70 now, wrestled with whether to attend the protest rally on May 4, 1970. He had promised a friend he would stay away from the potential danger there, but felt a sudden obligation to go as he walked out of class.

The bullet entered at his left heel and exited on the right side of his foot, leaving a mashup of blood and bone. When the shooting stopped — 13 seconds that seemed like forever — someone scooped Grace off the ground and carried him to swift medical attention.

Doctors told him he would have lost his foot but for the quick work of that Samaritan; he nearly lost it anyway. When Grace returned to school from his home in Syracuse the following September, he hobbled around campus on crutches. Always he watched for the man who had carried him to safety that spring day. Grace knew the face, burned in memory, but not the name. 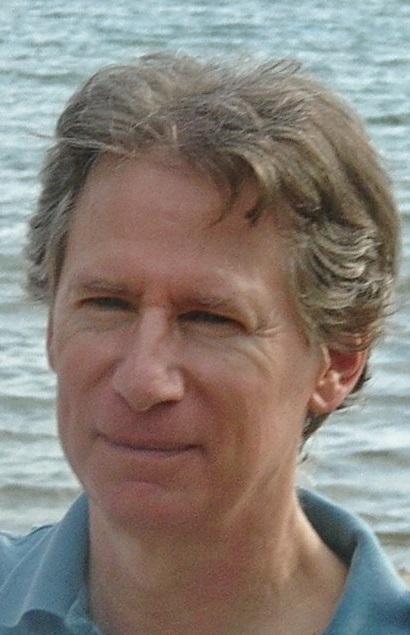 Then, in late September or early October, he was at an antiwar meeting with roughly 300 other students. He was leaving the auditorium when, lo, he suddenly locked eyes with his guardian angel. They recognized one another instantly.

The man’s name was Mike Brock. And he was from Buffalo.

“I couldn’t really reach out to hug him on crutches,” Grace says. “Mike reached out and he hugged me. And we became fast friends.”

That connection led Grace to Western New York. When it came time for him to choose a graduate school for his master's in social work, Grace picked the University at Buffalo. That meant he could be with Brock. They had grown close during their remaining time at Kent State.

“Mike had this magnetic personality,” Grace says. “Everybody thought they were his best friend.”

Grace and Brock lived on Lexington Avenue for a year. (Richard Lipsitz Jr., the future Buffalo labor leader, was their other roommate.) And Grace has lived locally ever since.

Brock died unexpectedly in 2001. Grace says he thinks of him, and his bravery, every day.

Grace lay bleeding when the bullets stopped. He remembers hearing a voice: “Relax, buddy. I’m going to get you out of here. You’re going to be OK.”

Brock carried him to a dorm building and set him down on a couch, where a nursing student applied a tourniquet until an ambulance arrived.

“Mike picked me up and threw me over his shoulder, my feet at his chest,” Grace says. “And he ran with me.”

Brock had the strength and speed for that. He was a 220-pound linebacker who’d played football at Riverside High School and was on the freshman team at Kent State, where one of his teammates was a defensive back who would one day make his name in coaching: Nick Saban.

Now, these months after the shooting, as they met face-to-face for the first time, Grace noticed something perched on the same shoulder that had carried him to safety: Brock’s pet iguana. In the movies, they’d call that a meet-cute. And these fast friends would share other cinematic moments in the months ahead. 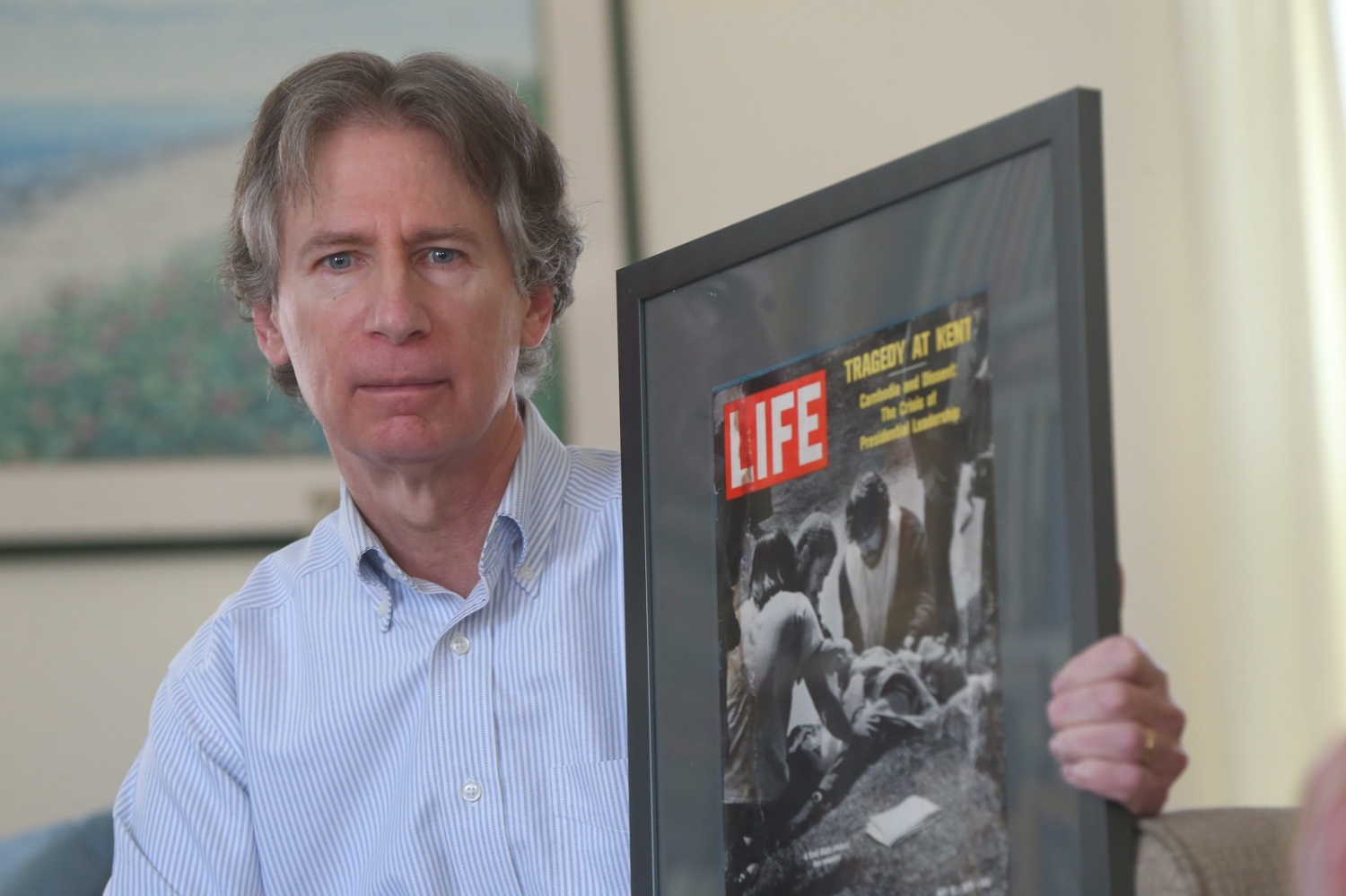 Thomas Grace, who was shot at Kent State on May 4, 1970 is photographed at his Amherst home in 2015 with a framed copy of the cover of LIFE magazine commemorating the tragedy. (Mark Mulville/Buffalo News)

Erik Brady
Colin Dougherty travels long, winding road to pro basketball
'A ringside seat to history' in Hong Kong for Nichols grad
In a lost summer, being a good neighbour is more than a cottage industry
His love of sports led to a dream career. It started at War Memorial
More Stories

They were among the Kent State students who piled into a Volkswagen van and made their way to Washington for the May Day Protests of 1971. On the morning of May 3 — one day shy of the anniversary of the hellfire at Kent State — protestors on Constitution Avenue attempted to block traffic on a bridge connecting Virginia with Washington.

Grace had graduated from crutches to a cane during the school year but accidentally broke the cane in March, so he was hobbling on those early days of May.

“Limping along as best I could,” he says. “By rights, I had no business going to a demonstration of this scale. But I went anyway.”

Blocking the bridge was, of course, an act of civil disobedience, and police showed up in force to stop them.

“They sent three-wheel motorcycles into the crowd,” Grace says. “They charged at us with clubs. If you didn’t get out of the way, they’d run you down. Mike saw I couldn’t outrun the cops and he grabbed me and threw me over his shoulder — again. And off he went, running with me, out of harm’s way.”

Twice, within a year.

“If I put that in a screenplay,” Grace says, “people would say, ‘Nah, that couldn’t have happened.’ ”

Grace graduated from Kent State in 1972 with a dual major in history and political science. He earned his master's at UB in 1975 and worked for the state as a social worker in West Seneca for 30 years. In 2003 he earned his doctorate in American history from UB, and today he is an adjunct professor of history at Erie Community College, where he teaches the course Civil War and Reconstruction.

His book, “Kent State: Death and Dissent in the Long Sixties,” was published in 2016. He often returns to the campus to speak about the unspeakable events of that day. And he thinks often of Brock, the man who twice ferried him to safe harbor.

“Mike was an exceedingly intelligent person, but he used to mask it because he associated intelligence with elitism,” Grace says. “He always came across with a kind of blue-collar bravado.”

Brock worked as a steelworker after college but was laid off from Bethlehem Steel in 1976. He soon found new adventures in Alaska, working on the Trans-Alaska Pipeline. But in 1977 a length of pipe landed across his legs. He lost his right foot and his left leg below the knee.

He used money from workmen’s compensation to buy a bar on the outskirts of Fairbanks. The Howling Dog Saloon remains a rough-and-tumble joint, ranked as one of the state’s best bars in the 2012 book “Alaska Curiosities: Quirky Characters, Roadside Oddities and Other Offbeat Stuff.”

In 1984, the book relates, President Reagan and Pope John Paul II met at the Fairbanks airport; each happened to be there for a stopover on the way somewhere else. Brock bought the red carpet used for that meeting and installed it on the stage at his saloon. That way the honky-tonk bands could play where a pope and a president once trod.

Dogs were as welcome as people at Brock’s bar, maybe more so. It was open, roughly, from May to October. He was with his wife and three kids in Elma the rest of the time, and they’d join him in Alaska when school was out. Brock was possibly the only man on the planet who spent summers in Alaska and winters in Buffalo.

“That,” Grace says, “was the source of more than one joke.”

I spoke with Grace for this story by telephone. We had met in person once. I was a reporter at the Courier-Express and went to his home, in Amherst, to watch him watch “Kent State,” a made-for-TV movie that aired on NBC in February 1981. Grace had a friend there to watch it with him: Mike Brock. 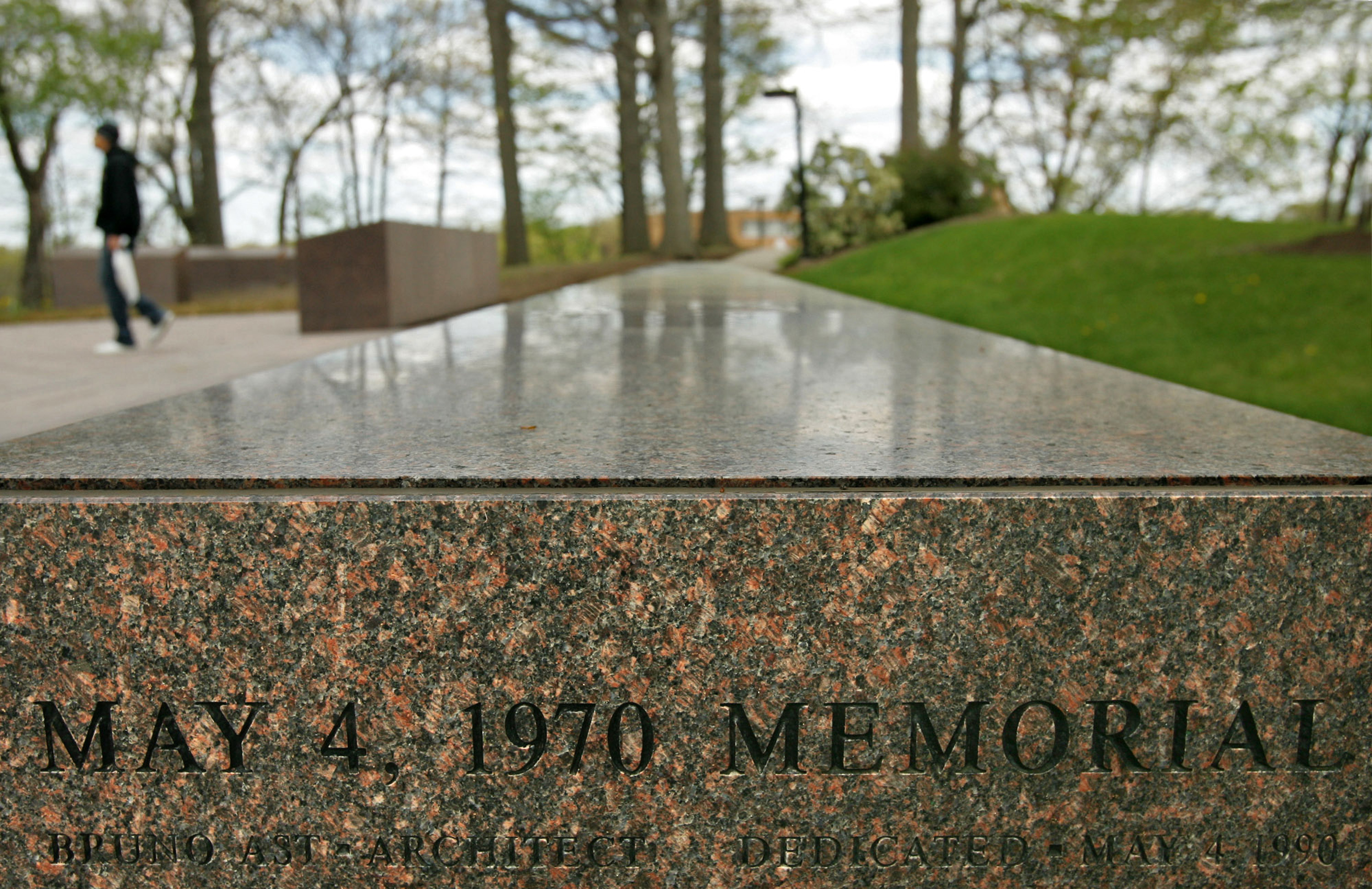 A memorial site commemorates the May 4, 1970, shootings on the campus of Kent State University in Kent, Ohio. (Ed Suba Jr./Akron Beacon Journal/TNS)

“What happened there that day changed my way of thinking more than getting my leg chopped off on the line,” Brock told me then. “My way of life physically has been more changed by the accident, of course, but what happened at Kent made my whole world topsy-turvy, made me question things more about this country.

That tells all you need to know about Brock. Grace likes to say his dear friend was a shrewd judge of people because he had so much character that he could readily recognize when others had too little.

All of this is how a history major from Syracuse came to be a history professor in Buffalo. And how one moment made lifetime friends of a linebacker and a protester.

Brock turned 50 on Valentine’s Day in 2001. They threw a big bash for him. He arrived late, as usual, and everyone had a grand time. That was the last time Grace ever saw him. Brock died in Alaska months later.

Grace gave his eulogy in Buffalo and called Brock “a perfect friend, one in whom you could confide. One who would entertain you and make you laugh. One you could trust. And one who would never, when you needed him most, ever let you down.”