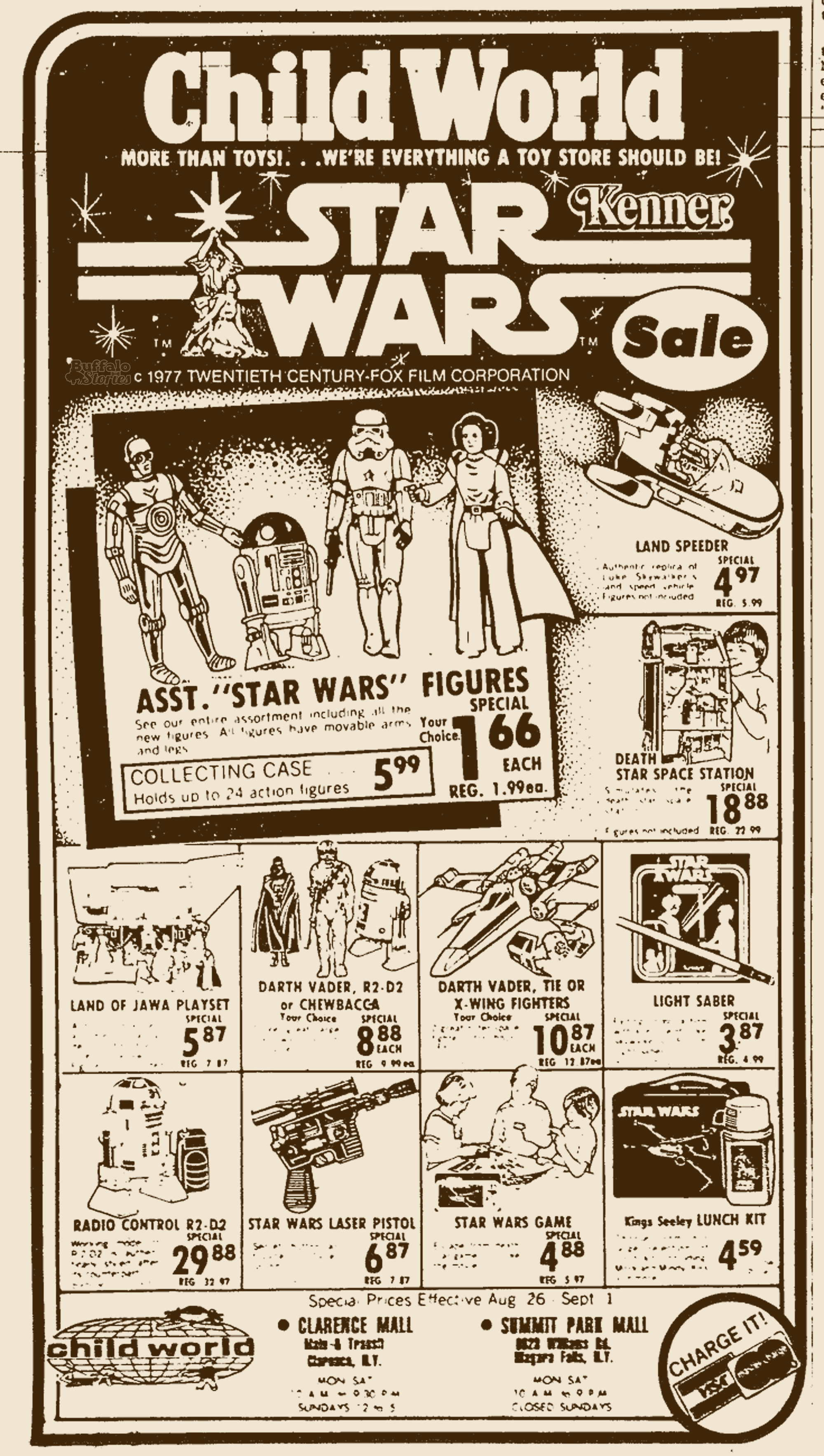 Just like the rest of the nation, Buffalo was awash with "Star Wars" in the late 1970s.

In the years following the release of the motion picture in 1977, few toys were more coveted than those featuring Luke, Han, C-3PO and the rest of the "Star Wars" characters.

For Christmas 1978, "Star Wars" toys — and by extension, almost anything space-related — were the hot toys of the season. Kenner was the exclusive manufacturer of "Star Wars" toys, and the name was everywhere. Kenner had 30 "Star Wars" toys, games and puzzles in 1978, and couldn't keep them in the warehouse.

Novelties related to "Battlestar Galactica" and "Close Encounters of the Third Kind" rode the space wave created by "Star Wars," and were top sellers as well.

Western New York shoppers might have had the largest selection of "Star Wars" toys at ChildWorld’s two locations at Main Street and Transit Road and at the Summit Park Mall, but you could go anywhere they sold toys, like Sattler’s Toyland, to make a little boy happy. 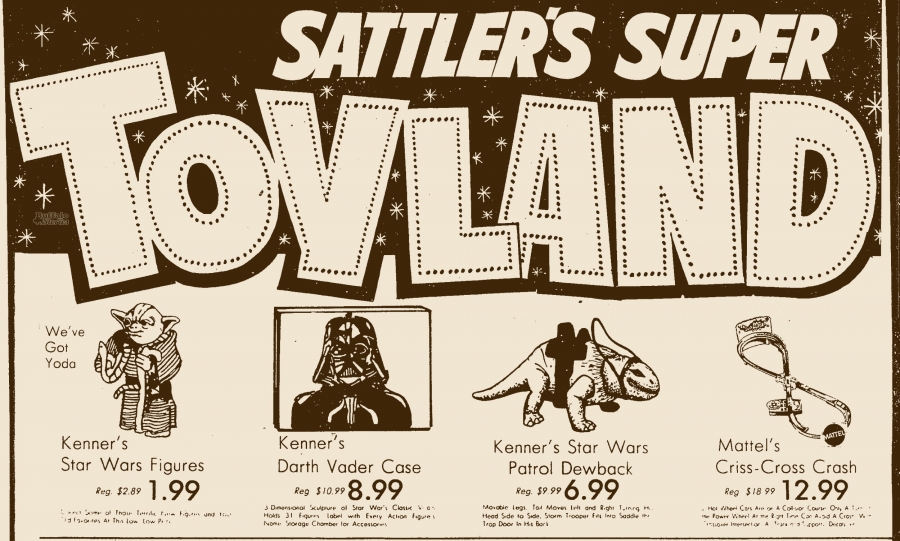 The movie had a long run on big screens, and was still popular in Buffalo a year after it was first released.

As "Star Wars" ended its original run in September 1978, it was showing in eight Buffalo theaters, all of which are now closed and many of which no longer stand. 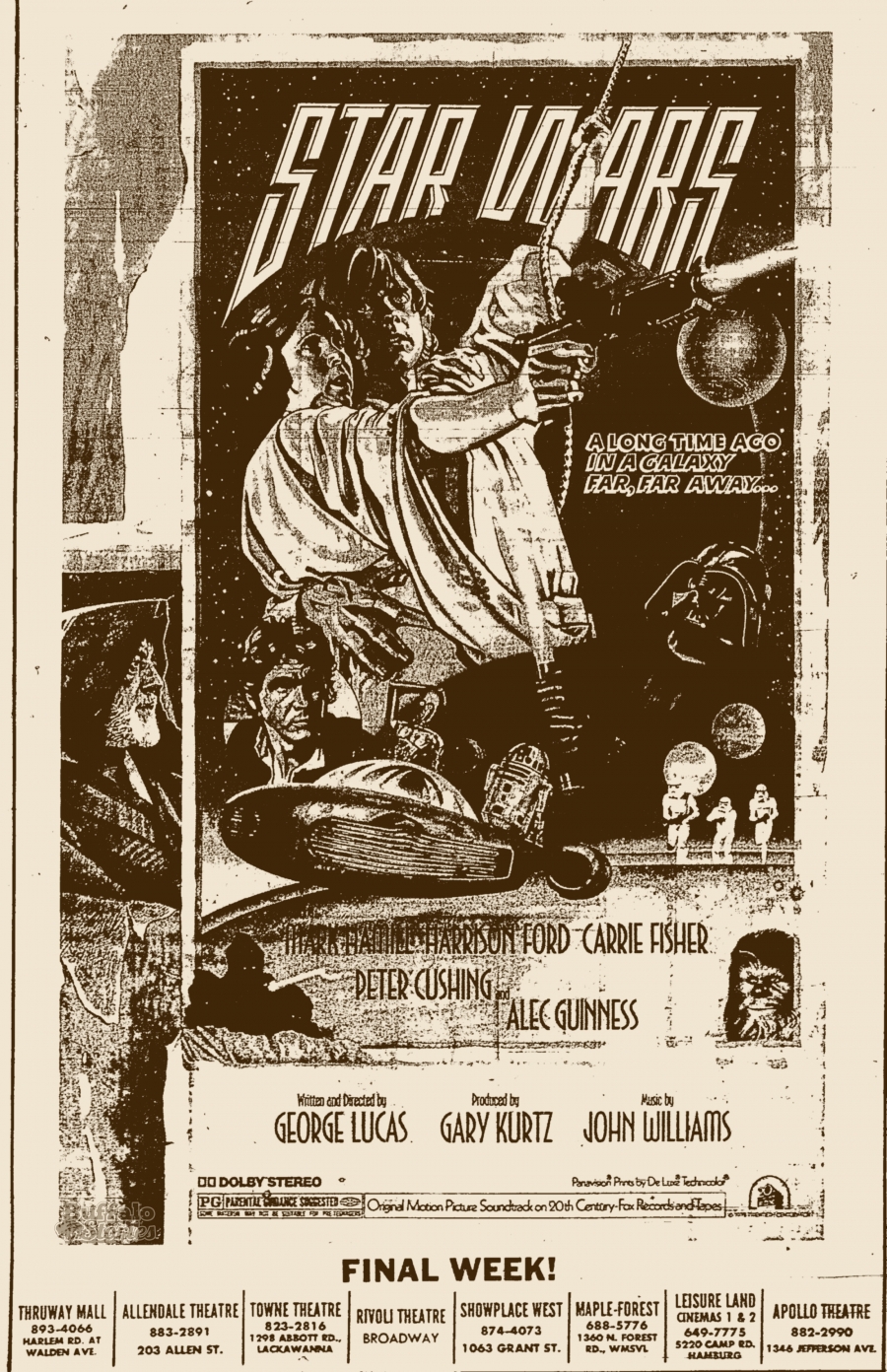