An East Aurora nursing home upheld state rules by preventing a chiropractor from continuing to treat and feed his mother-in-law at the facility before she died of what the family believes was starvation, according to the state Health Department.

John M. Carlone filed a complaint on March 12 with the Health Department after Absolut Center for Nursing and Rehabilitation at Aurora Park informed him he did not have “in-house privileges,” and could not enter the facility because of the state's nursing home visitation ban to halt the spread of Covid-19.

His mother-in-law, Maxine J. Schwartz, a 92-year-old dementia patient who refused to eat for anyone but her daughter and the chiropractor, died on March 27 at the nursing home.

Carlone was not considered an essential worker, and therefore could be barred, a Health Department spokesman said.

“Under NYS on PAUSE regulations, non-emergency chiropractic services are not considered an essential service," spokesman Jeffrey Hammond said Friday. “Given that nursing home residents are among the most vulnerable to Covid-19, the Health Department suspended visitation to only individuals who are providing essential resident care.”

Hammond said nursing home administrators “are responsible for enforcing the visitation determination to protect the health and safety of individuals within the facility.”

Dorothy Carlone said she believes her mother died from starvation because she had stopped eating and was taking very little fluid after the visitor ban began two weeks earlier.

Schwartz’s death certificate lists “failure to thrive” as one of the contributing causes of her death.

Carlone and his wife said the Health Department's determination flies in the face of Gov. Andrew Cuomo’s request that recently retired health professionals return to service to assist in battling the novel coronavirus cases.

“Who needs more help than our seniors in nursing homes where they are understaffed and overworked and the doctor-to-patient-resident ratio is poor? While I am semi-retired I still hold my license and it is current,” John Carlone said.

For years, he served as his mother-in-law’s physician and was so concerned about her deteriorating condition when he viewed a photograph of her appearing gaunt that he filed a second complaint objecting to the nursing home not allowing him inside.

Carlone said his care of his mother-in-law involved exercises, walking, manipulation of her limbs and making suggestions for her diet.

Dorothy Carlone said she was told by a state Health Department official that permission for her to enter the nursing home to feed her mother had been granted, but said she later learned that the facility overruled the state.

An official at the nursing home has declined to comment on Schwartz’s death, citing federal privacy regulations. 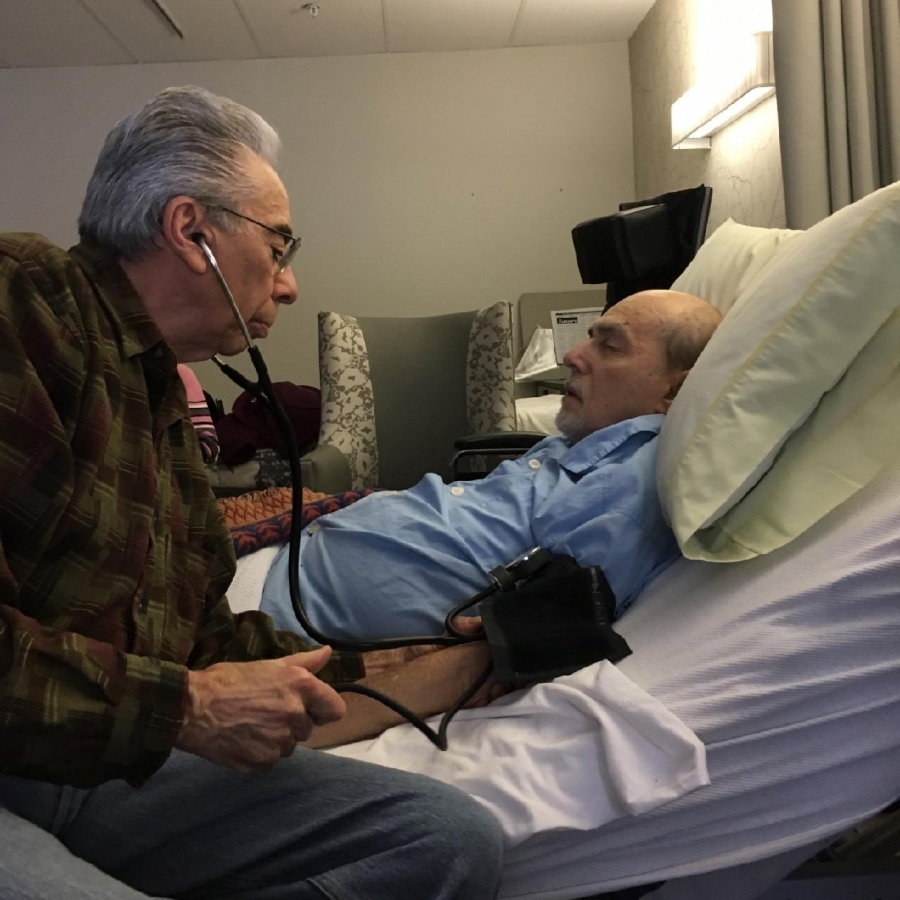 In his complaint, Carlone stated he not only treated his mother-in-law at the nursing home, but also treated Dr. Gerald Silverman, a retired dentist there.

“My husband treated Dr. Silverman every single day for three months before he died and consulted with the hospice physician on Dr. Silverman’s care plan,” Dorothy Carlone said, adding that her husband never charged for any of his services.

One facility worker who is at home recovering from Covid-19 and being treated by Carlone told The Buffalo News Friday that he is a devoted medical professional.

“He was like a family member to some of those residents who had no one. He would be an advocate for them and make suggestions for their diet that would help them,” the worker said, asking that her name be withheld.