David Reid was ready to tee off from the ninth hole Sunday afternoon at Delaware Park Golf Course. But this wasn’t just any day in the park for Reid and his lifelong friend Joseph Wark, 77.

“We both had the virus already, and we’re staying 6 feet away from each other and wearing masks,” said Wark. “It’s good to be here at this moment, with so many people dying. Prayer kept us here. We are fortunate.”

Delaware Park was brimming with golfers, joggers, walkers, bikers – all with apparently the same goal, to get out of the house. And while many of the golfers and those using Ring Road complied with social distancing guidelines and work masks, many in other areas did not.

Near Delaware Park Lake and the blossoming cherry trees, groups of more than 10 people gathered to take photos. Nearly half were not wearing masks. With the Cherry Blossom Festival going virtual this year with an online tour, crowds of people who gathered under the trees chose to witness the display firsthand.

Gov. Andrew Cuomo addressed the issue of social distancing during warmer weather on Sunday during his daily news briefing on the Covid-19 pandemic.

“You can’t stay indoors forever, and the weather is nice. Getting outside for some exercise and air is good," Cuomo said. "Staying socially distant and wearing a mask are basic precautions that should keep you safe, but that assumes people around you are wearing masks and acting responsibly.

“If I don’t wear a mask and sneeze on a park bench and you walk up two minutes later, a half-hour later, maybe, and sit on that park bench, put your hand down on it and then wipe your face. Now you have a problem."

Law enforcement has a role in enforcing it, the governor said. 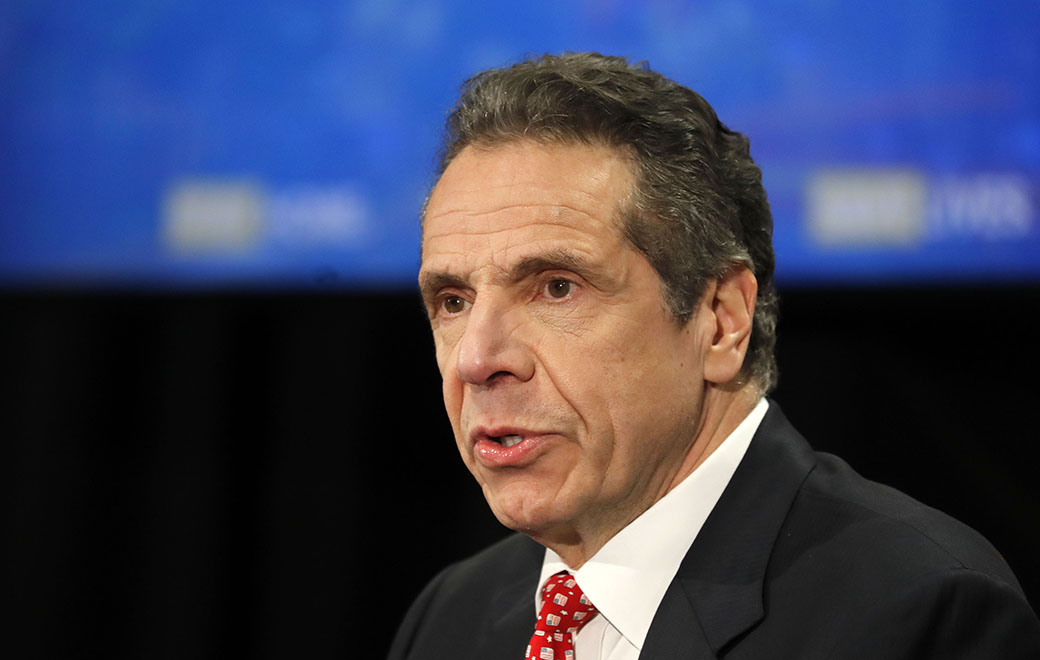 “Will you ever get 19 million in New York State to comply by issuing a summons? No. This is a new level of personal behavior we’re asking people to undertake,” Cuomo said.

Buffalo residents, for the most part, have been compliant, with police regularly patrolling in and around all city parks, said Michael J. DeGeorge, Buffalo Police Department spokesman.

"Buffalo police recruits have been walking the parks to make sure people are following social distancing guidelines. In some cases - police have had to disperse gatherings where social distancing was not being followed," DeGeorge said, without specifically saying if action was taken at Delaware Park.

He advised that people who find themselves around people not wearing masks should remove themselves from their proximity. He said in especially egregious situations, police will respond as they did last week when they shut down a social club for violating the pause order.

Social distance guidelines were enforced at the course. No walkups were accepted. Golfers registered in advance online to reserve tees time staggered at 14-minute intervals. The Pro Shop remained closed. There were no concessions or portable toilets available, and no motorized or pull carts for rental. No guests, caddies or non-golfers were permitted on the course.

“It’s changed dramatically, but everybody’s been pretty good with adjusting. We’ve had a lot of people walk up without reservations, but we can’t accept payment,” noted LaGrou.

Colin Wansink, 27, has been on furlough since March 16 from his job as server at a local restaurant. Dan McLaughlin, 28, retained his job as a field technician for an electronics company. McLaughlin’s fluorescent green patch of hair complemented the mask he wore. The North Buffalo roommates were out for walk on the park’s Ring Road. Their goal for the day seemed universal: Get outside. And while both walkers work masks, they noticed people who did not.

“I think people are being a little lax on the mask thing,” said Wansink.

Cathie K. Wallace, 32, of West Seneca visited the park because she was having a rough day – until she stumbled upon a rock.

“It was on a branch in a cherry blossom tree. I reached for it, flipped it over and found it was one of Sweet Buffalo Rocks," the community project started on Facebook in 2017 with more than 39,000 members. The project is simple: Get a rock; paint it; decorate it; hide it; let someone find it; repeat.

For Wallace, the rock was a game changer.

"Here I was in the park, and I came across this rock," she said. "I think that in this time of dealing with Covid and feeling all this frustration, a painted little rock can bring so much cheer."