Cheryl Darling intends to take a ride this weekend to the Java Village grave of her father, Clint Darling. He was a native of Buffalo’s Old First Ward, a longtime beer truck driver who was only 61 when he died in a 2002 car accident, and Cheryl often makes that journey to reaffirm a commitment.

She will set up a lawn chair by her dad's tombstone, just across the street from the house where she grew up, and vow to him again that she will watch over her mother.

Seven years ago, Nancy Darling, Clint's widow, learned she had Lewy body dementia. That illness disrupts cognitive thinking and emotional and physical control. While that struggle has been difficult enough, Darling felt compelled to drive to Java Village after an administrator from the Absolut Center for Nursing and Rehabilitation at Aurora Park nursing home called Thursday to say Nancy, 79, has tested positive for Covid-19.

“She’s fought through so much,” Darling said, “and I just don’t want to see this take her out.”

For three years, since Nancy's condition made it impossible for her to stay at home, she has been a resident of Absolut at Aurora Park, in East Aurora. Concerns about her well-being at that 320-bed facility gradually transformed Darling into an activist for elder care. More than two years ago, alarmed by her mother’s stories of neglect and careless treatment, Darling placed a security camera in the room.

The camera allowed Darling – working then as an immediate treatment aide in the Mercy Hospital of Buffalo emergency room – to witness what she said were too many instances when Nancy was left lying alone for too long in her bed, while meals and care were delivered erratically. Upset, Cheryl brought that video to administrators, and she felt they made a good-faith effort to respond. 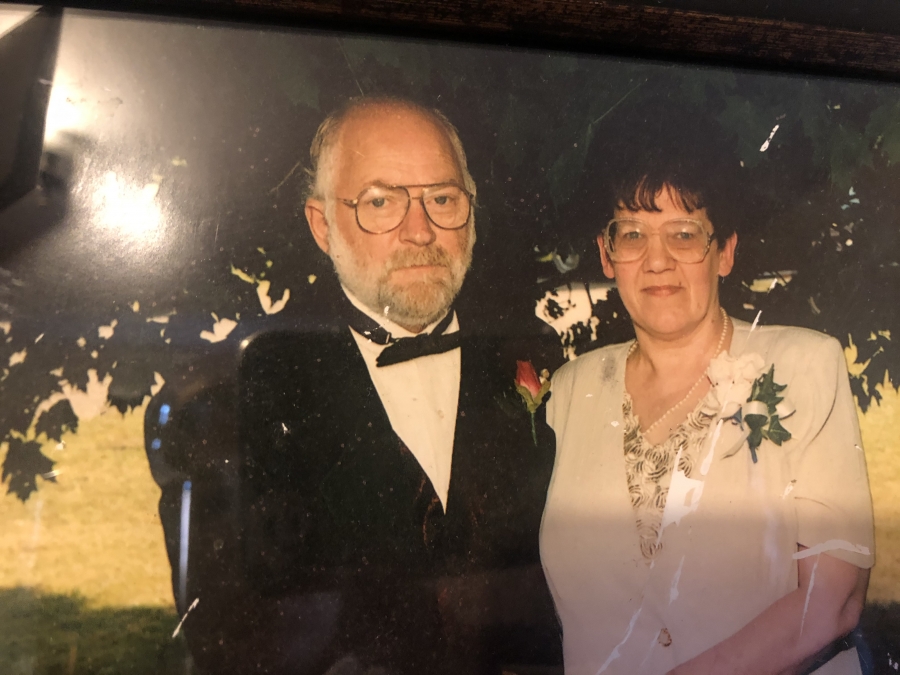 Her vigilance by camera only intensified when the Covid-19 outbreak made it impossible to visit her mother. A few weeks ago, Darling said she watched at dinnertime one night as aides gave her mother a tiny amount of food, and almost nothing to drink. She called Absolut at Aurora Park and asked the staff to hand Nancy a glass of water that had been set beyond her reach.

Instead, when the aides returned, Darling said they readied Nancy for sleep and ignored the water. As they prepared to leave, Darling said, one aide turned and said directly to the camera:

“Come get your mom and give her the water.”

She threw away the cup and turned off the lights.

It was as if every anxiety about cruelty and apathy came together in one instant. Darling, 52, brought the complaint to the nursing home. The two aides worked for an agency hired by RCA Healthcare Management, the new operator of six Absolut nursing homes, according to Jason Newman, an RCA spokesman. He told Matthew Spina of The Buffalo News that those aides will not work again at an RCA facility, and the incident was reported to the state Health Department.

Now, with that episode barely in the past, Darling's mother is infected with Covid-19, raising the family worry to an even more frightening level. Darling, one of Nancy's three children, spoke this week of an overwhelming truth that she said becomes increasingly paramount amid the suffering of so many elders in this pandemic.

The question, she said, is whether we collectively reaffirm the value and sacrifice of older Americans, and commit ourselves to massive reform involving their well-being – especially with nursing homes. As a first step, Darling simply wants to see a baseline of adequate, well-trained staffing by front-line women and men who are paid a decent wage for responding with warmth to nursing home residents.

One element gives Darling comfort. While her best means of direct contact with her mother is via FaceTime, she can still watch over her treatment on the camera. Now, Darling fears the staff will decline to set up that camera in a new space if Nancy is moved into a wing at Absolut at Aurora Park housing residents with Covid-19.

Newman, the RCA spokesman, wrote in an email that a "facility and our corporate vice president" discussed those concerns with Darling. Asked for the number of residents being treated at Absolut at Aurora Park for Covid-19, Newman responded that the "number is fluid," due to daily testing and those who already recovered.

Darling, all too aware that many nursing homes have been overwhelmed by the virus, wants a detailed count to be made public. She spoke of her gratitude toward her mother, who was "outgoing, amazing, fun” throughout much of Darling's life. She recalled how she and Nancy, a great-grandmother who retired as a clerk from a Red Apple convenience store, often went together to the movies, and how they had a particularly memorable time at a Neil Diamond concert.

Lewy body dementia is heartbreaking, Darling said, because her mother still has periods of clarity and insight – which means she is keenly aware if she is treated with contempt or disrespect.

Darling's feelings on Absolut at Aurora Park are complicated. She has faith in a nurse practitioner who told her Friday of how she will accelerate Nancy's treatment. While she remains furious at aides who treated her mother poorly, there are others she admires, aides who display compassion and empathy. Darling has built a good relationship with them, even pitching in to help at frantic moments, and she is grateful for their courage at work each day during a pandemic.

“They appreciate me being around," she said, "and I appreciate them."

That explains why she never moved her mother from Absolut at Aurora Park. Darling holds out hope that Edward Farbenblum, the Long Island businessman in charge of RCA, will keep his promise to turn the facility – ranked for years by the federal government as being among the state's worst nursing homes – into “a diamond” and “a shining example.”

[Inside one of WNY's worst nursing homes: Absolut at Aurora Park]

Those goals received a harsh setback last month, when Dorothy Carlone told Lou Michel of The News that her 92-year-old mother, Maxine Schwartz, died at Absolut at Aurora Park after facing what Carlone said was starvation – an allegation Newman said he cannot address publicly, because of federal privacy laws. 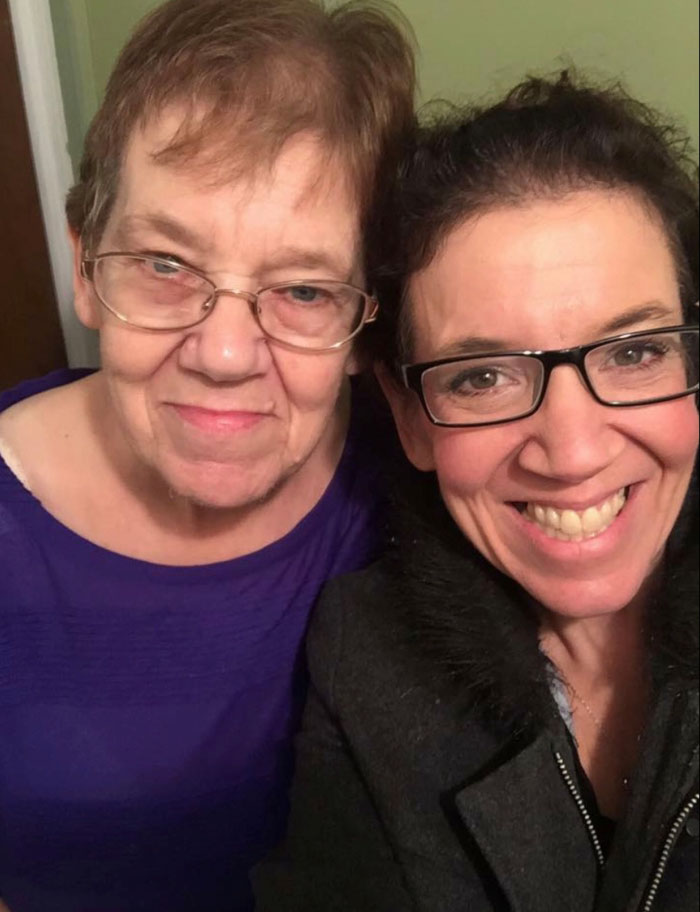 Hearing that account of mistreatment is both frightening and maddening to Darling, with no way of physically checking on her mother. She worked for decades in direct care at Mercy Hospital, until she accepted a position in admissions that allowed for more flexibility in visiting Nancy.

A few weeks ago, she volunteered to work for a week as a treatment assistant at the Catholic Health Covid-19 clinic at St. Joseph Campus.

She said she often tended to a 94-year-old woman who would greet her with joyous recognition. Darling tried to respond with the same warmth and concern that she wants Nancy – frightened about the separation from her family – to receive every day.

The grief about thousands of statewide deaths involving nursing home residents in the pandemic only underlines that point. She dreams of a sweeping change in national conscience that will resonate even after the threat of Covid-19 is rolled back, but as her mother fights the virus, Darling's thoughts are on one thing.

She made a promise to her dad. To keep her word, she needs that camera.