Gary Athoe grew up in awe of the Tonawanda plant, just over the border in Ontario. Now he is responsible for the plant's everyday operations, as assistant plant director.

GM's River Road engine complex is temporarily shut down, due to Covid-19 safety concerns, but a new leadership team is taking over at one of the region's largest manufacturers.

Cervantes, 48, was recently named plant director after Ram Ramanujam left for another GM job in Michigan. Cervantes worked at the Tonawanda plant from 2004 to 2008. During that time, he served as quality director and business team manager.

Athoe came aboard as assistant plant director in February. He is serving as interim plant director, with Cervantes due to arrive in June from his most recent GM assignment, at an assembly plant in Mexico.

GM hasn't said when it might reopen its U.S. plants, which it shut down in late March. But both Cervantes and Athoe understand the Tonawanda plant's significance to the region. Prior to the shutdown, the plant had nearly 1,500 hourly and salaried workers.

"I am concentrating on how to best integrate into this winning team," Cervantes said. "I will listen to these people to fully understand the current plant challenges and opportunities and then as a team, we will work to continue to elevate our level of performance." 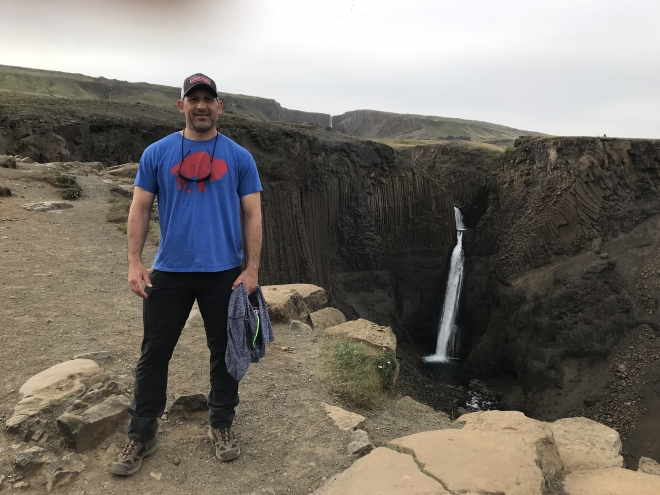 Before coming to the Tonawanda plant in 2004, Cervantes had spent his GM career in assembly plants. During his time here, he learned about the precision that goes into building engines.

Cervantes said he will bring to the plant a "very direct and transparent" leadership style. He likes getting feedback and says he is open to new ideas.

"I am energetic, I move fast, and I like to keep things simple and informal," he said.

Safety will be his top priority when the plant reopens. He will also be looking for ways to keep the operations on the cutting edge.

"The Tonawanda engine plant needs to be ready for whatever the future throws at us," he said. "We have to make our plant competitive and attractive for new investment. We must look beyond what we have today and seek future opportunities with internal combustion engines or whatever other propulsion technology the future holds."

Cervantes will work with Athoe, who lives just over the Peace Bridge, in Ridgeway, Ont. Even before his new assignment, Athoe was already visiting this side of the border so often — for golf, tennis, restaurants and the like — that, Ramanujam quipped, Athoe was a "semi-Buffalo guy."

Athoe became a full-time GM employee in 1989. Until now, he had spent his career at GM's operations in St. Catharines, Ont., mainly in its engine plant. 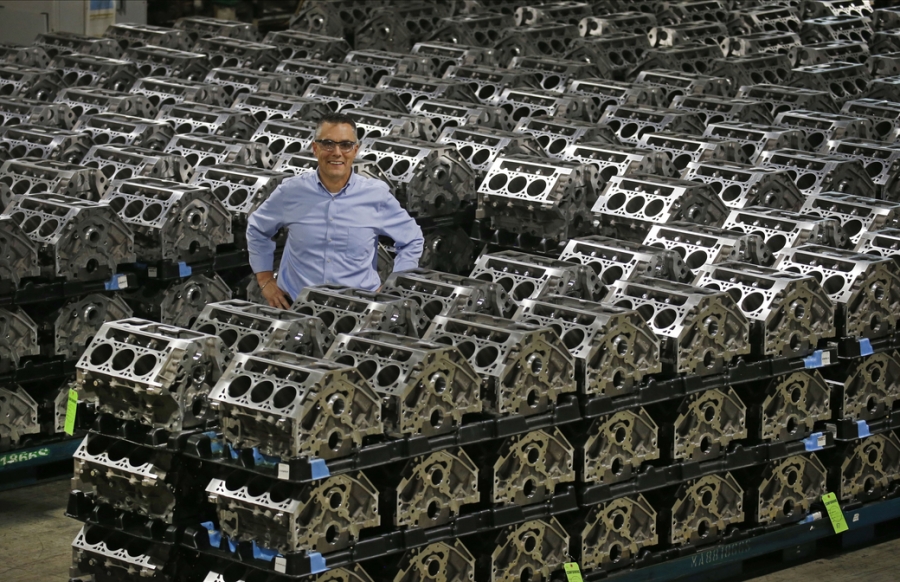 Gary Athoe with a fresh batch of Gen-V 4.3 liter 6-cylinder engine blocks that will be installed in SUVs and trucks. (Robert Kirkham/Buffalo News)

Growing up, Athoe visited the Buffalo area frequently with his family. The big factory along the Niagara Thruway was hard to miss.

“We drove by here two or three times a week, looking up at the plant, kind of wondering, 'Would I ever work here someday?' ” Athoe said.

Athoe, 53, held a variety of jobs at GM’s St. Catharines plant and saw the connection with Tonawanda's facility.

“We've always had great relationships back and forth,” he said. “I think GM's great at a one-company mentality. We're not fighting each other; we’re fighting the competition.”

For instance, when the St. Catharines site struggled launching its Generation V engine program years ago, GM Tonawanda provided insights. "They gave us everything we needed," Athoe said.

Athoe was the assistant manager at the St. Catharines plant for his final two years there. He was thrilled to learn about his new job at the Tonawanda plant.

Athoe has strong ties to the Buffalo area. For years, his wife worked at the Canadian Consulate when it had an office in the tower now called Seneca One. And they frequently visit this side of the border in their free time.

Athoe said he is impressed with the GM Tonawanda’s workforce. He admires how buttoned-up its manufacturing systems are, and he marvels at how clean the facility is.

He believes his years at the St. Catharines plant prepared him well to step in and oversee the operations here. Prior to the shutdown, he was working another part of the job: meeting and getting to know his many new colleagues.

Athoe's attention to detail carries over to his home. He loves landscaping. "I'm one of those guys, when you cut the lawn, the line's got to be really straight and the garden's got to be perfect."

During his career, Athoe had offers to take jobs elsewhere in the world. But he turned them down. His family members live nearby. He loves this region. The way he looked at it, why leave?

When he isn't at work, Athoe describes his family as his top priority. He and his wife have four children, the youngest of whom is 20.

"In terms of work and work life balance, I don't think I ever missed a school trip," he said. "I don't think I missed anything. When I look back on that, that's awesome."

Ramanujam on Tonawanda plant: 'The shining light on the hill'

Ramanujam said he was proud to be here for three product launches. "I mentioned it when I came in: Tonawanda's always been kind of the shining light on the hill, from an engine plant standpoint," he said.

His time at the Tonawanda plant helped him develop a public-facing role, which was new for him, and he came to see how important the plant was to the region.

He was asked about the top challenges the plant faces.

"New York can be challenging at times as a state to compete with other states on business conditions," he said. "And we need to get competitive on costs. That is probably the biggest challenge."

One thing Ramanujam admits he can't duplicate in his new job: his sweeping view of the Niagara River. "I'll definitely miss the sunsets from my office." 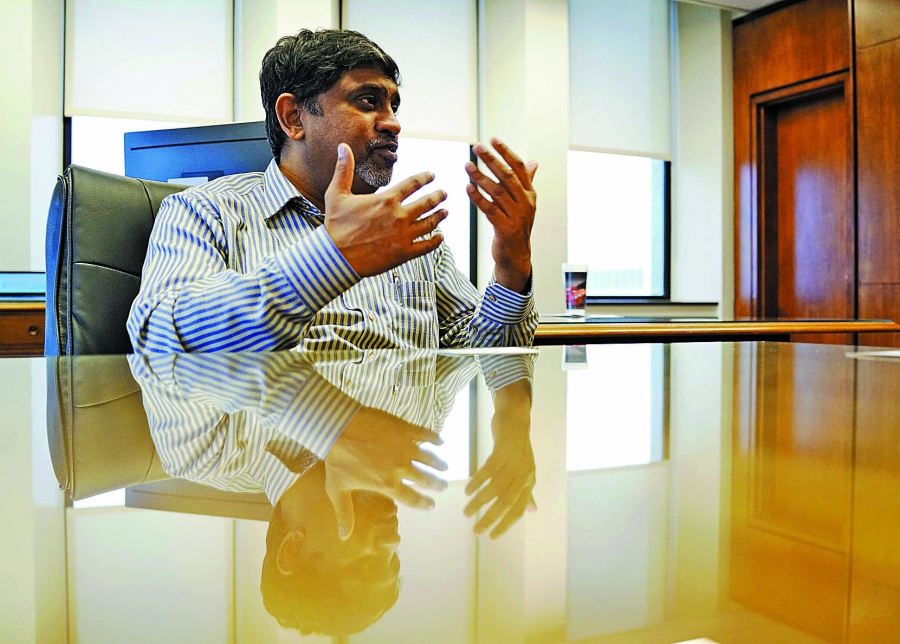