After he tested positive for Covid-19 and was discharged from Mercy Hospital of Buffalo, the 62-year-old Robinson died in his South Buffalo home on April 23.

Now his wife, Maureen, is alone, worried about her own health, while she mourns and waits to spread his ashes in Sturgis, S.D., host of the annual motorcycle rally the couple loved to attend.

"He was the nicest person around," she said. "He would do anything for anyone, no matter what."

The Brooklyn native began working as a police officer in small-town Rosendale, near Kingston, at 17.

An Eagle Scout, he attended John Jay College of Criminal Justice. He worked in security and law enforcement for Albany Medical Center, Target and the New York State Park Police, among others.

The Robinsons met in Syracuse in the 1990s at Pinkerton Security. They clashed before falling in love. "He always said he saved me," she said. 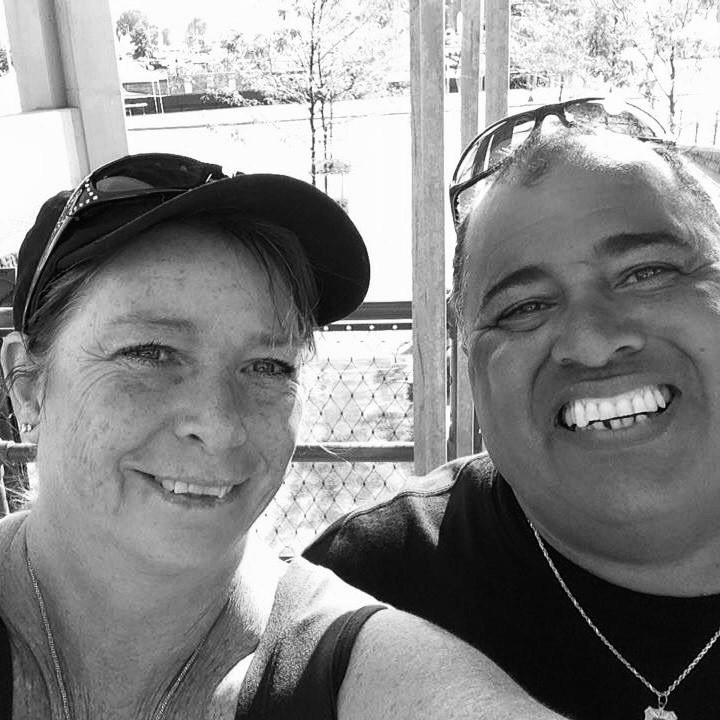 Steve Robinson, shown here with his wife of 22 years, Maureen, died on April 23 in his South Buffalo home of Covid-19. (Photo courtesy of Maureen Robinson)

The couple married on Valentine's Day 1998 and moved to her native Buffalo 10 years later.

He first said he felt sick on April 16 and got a chest X-ray later that day, his wife said. The next day, he passed out at home.

Lethargic and struggling for breath, he agreed to go to the hospital on April 20. A test confirmed he had Covid-19. He was discharged on April 22 and died the next day.

"I still don't believe it," his wife said. "I guess I will when I pick up his ashes."

Survivors also include his mother, Irma, 92, and four siblings.

Steve Robinson had just made the first payment on a 2011 Harley Davidson Screamin' Eagle Road Glide but hadn't taken the motorcycle out on the road. Maureen Robinson doesn't yet know what she will do with it.

Wednesday afternoon, Maureen Robinson learned she had tested positive for the virus.

"I'm fine. I don't have any symptoms but this is becoming very overwhelming," she said.