Many movie fans in Buffalo buzzed with excitement when Guillermo del Toro began filming “Nightmare Alley” in the Nickel City. Del Toro has directed some of the most remarkable horror and action films of the past three decades, in both Spanish and English. Our extra time at home these days offers a great chance to enjoy del Toro’s best work — particularly “Pan’s Labyrinth,” a masterpiece of world cinema now streaming on Netflix.

“Pan’s Labyrinth” (2006) is a sublime achievement, boldly mixing childlike fantasy with brutal realism. Set in Spain in 1944 in the early years of Franco’s dictatorship, it focuses on Ofelia, a girl whose widowed mother marries the cruel Captain Vidal. In a spellbinding performance by Ivana Baquero that makes her character as universal as Alice in Wonderland or Dorothy in Oz, Ofelia explores a fairy tale world existing just below and beyond her harsh reality.

After being lured by a magic insect, Ofelia meets a mysterious faun (played with eerie effectiveness by Doug Jones, who makes this alien emissary both gentle and frightening). The faun, who serves the King and Queen of the Underworld, tells Ofelia that she may be the reincarnation of the long-lost fairy Princess Moanna — but that she will have to perform a series of tests to prove this. While her savage stepfather hunts rebels hiding in the mountains, Ofelia fearlessly pursues her mystical quest. 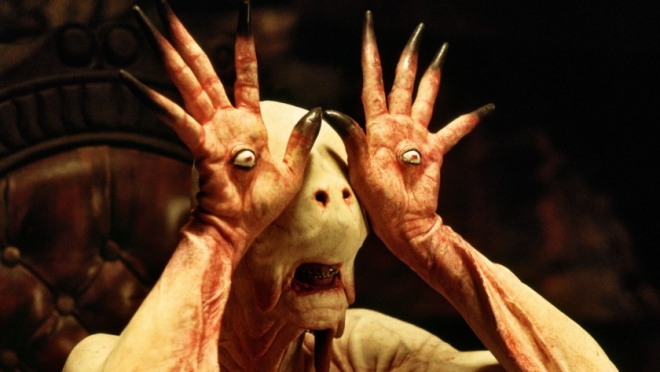 Del Toro’s ingeniously managed special effects bring his otherworldly creatures to vivid life. Ofelia’s messy encounter with a greedy toad generates dreamlike thrills, while her narrow escape from an eyeless monster recalls our deepest nightmares. Del Toro powerfully juxtaposes Ofelia’s fantasy world with the violent realities of political repression. Maribel Verdú is excellent as Mercedes, a housekeeper who remains both cool and dignified while secretly aiding the resistance. Ariadna Gil poignantly portrays Ofelia’s mother Carmen, who endures a difficult pregnancy and must raise a baby in a home that also serves as her monstrous husband’s military headquarters. Violently obsessed with order and honor, Sergi López is chilling as the sadistic Captain Vidal.

“Cronos” (1993). This movie offers a fascinating spin on vampire films. The gentle, elderly antiques dealer Jesús Gris (Federico Luppi) finds a curious, insectlike mechanism whose sting brings youth, but at a cost: he must drink blood to sustain himself. Gris is hunted by a dying businessman’s henchman (Ron Perlman), while his granddaughter Aurora (Tamara Shanath) struggles to preserve his humanity. Watch via iTunes, Kanopy, Criterion. 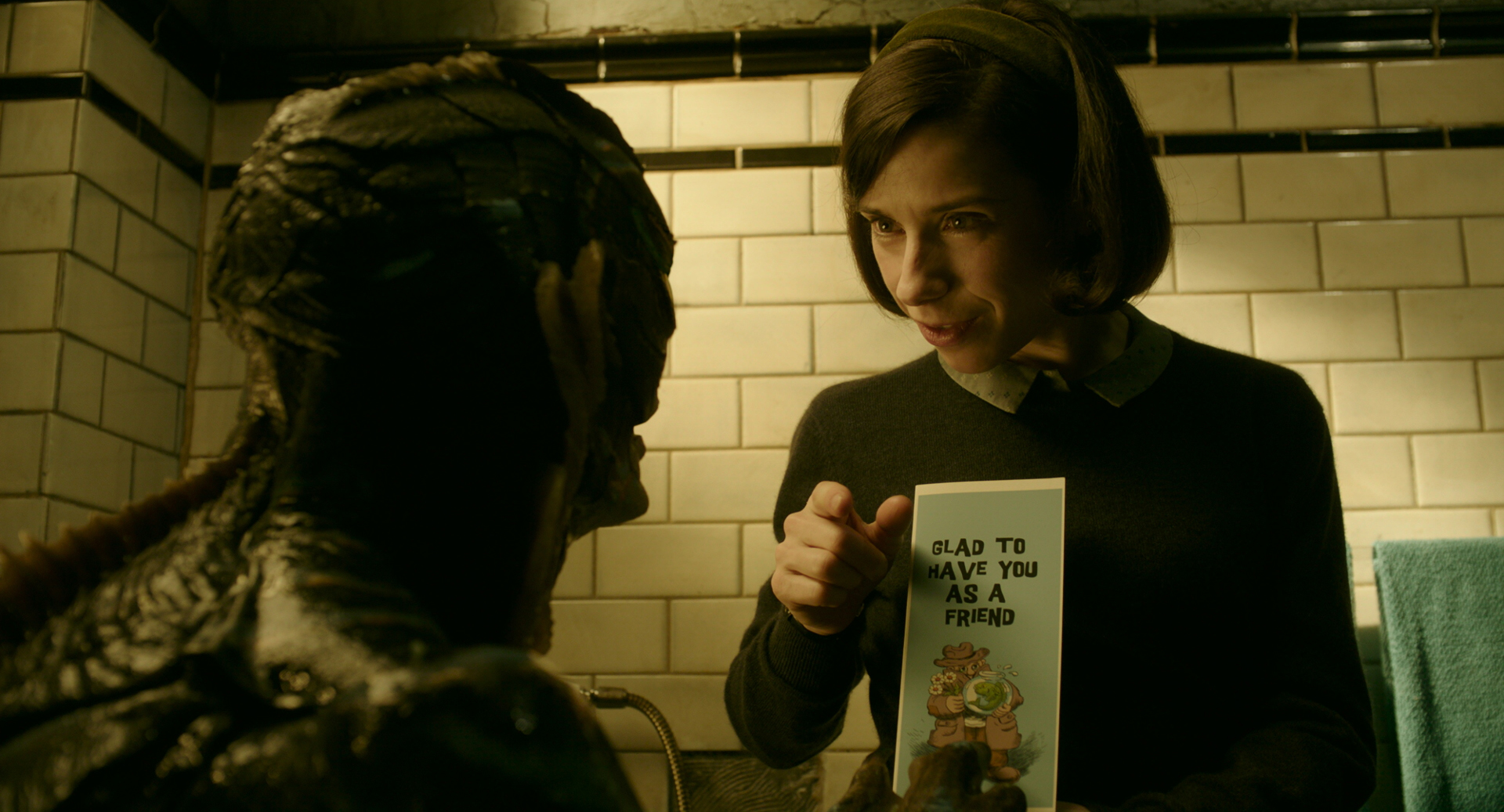 Doug Jones and Sally Hawkins forge an unlikely bond in "The Shape of Water." (Courtesy of Fox Searchlight Pictures.)

“The Shape of Water” (2017). Set in 1960s Baltimore, this film explores the unusual love between Elisa Esposito (Sally Hawkins), a mute woman who cleans at a secret laboratory, and the Amphibian Man (Doug Jones), a hybrid creature being experimented upon by government scientists. Committing fully to its cross-species romance, this visually lush Oscar-winning film provocatively questions whether the lovers really are so different. Watch On Demand, Hulu, FXNow.

“The Devil’s Backbone” (2001). Set in 1944 in an orphanage filled with victims of the Spanish Civil War, “The Devil’s Backbone”  powerfully combines Gothic ghost story and gritty realism. The film features a touching friendship between the gentle Carlos (Fernando Tielve) and the aggressive Jaime (Íñigo Garcés). Eduardo Noriega is excellent as the charming villain Jacinto, while Irene Visedo brings traumatized children grace and kindness as Conchita. Watch via iTunes, Vudu.

“Crimson Peak” (2017). This Gothic tale has a treat for local fans: “Crimson Peak” begins set in Buffalo in 1887. When Edith Cushing (Mia Wasikowska) moves to England with her questionable husband, she must deal both with his sinister sister Lucille Sharpe (Jessica Chastain) and a creepy estate called Crimson Peak. Watch via AppleTV, HBO.