I suppose part of me just assumed that it was all over, at least for the time being.

No tours, no live shows, no festivals, no congregating in clubs to cheer on local bands. It seemed that “no new music, period” would be the next logical step. After all, who would reasonably want to release a new album in the middle of this mess?

Plenty of people, it turns out. And among those people are some of the most exciting, dynamic and inspiring artists out there.

The past two weeks have been like a star-packed music festival held in the privacy of my headphones by day, and my more sociable refurbished 1970s hi-fi speakers by night. (I’d like to take this opportunity to apologize to my neighbors.)

Such an avalanche of new material would be invigorating even during the best of circumstances. Here in the middle of a crisis that often feels like a nightmare, this music arrives like a lifeline, a light in the black, a gentle nudge toward a new morning.

One need not downplay the pandemic's severity to look for whatever positives might come along with this radical reworking of our accepted consensual daily reality. What makes us human is our shared ability to cling to hope, to believe that the sun rises after the darkest of nights, to grab each moment with gratitude. Music is the soundtrack of that hope, when we’re taking it for granted and going about our "normal" lives, or when we’re clutching it like a life-raft in a maelstrom.

One beneficent side-effect of this crisis is the sudden surfeit of focused free time that allows for an immersive musical experience. So these new releases are getting the attention they are normally denied when we’ve always got one foot out the door and only half our head in the game. Happily, they’ve proven worthy of such attention.

It shouldn’t go unnoticed that, for the most part, these new albums and songs are uplifting, even when they’re being ruminative and reflective. That's a lucky break for us.

“Like you, I’m a romantic and I love profoundly sad music,” I recently wrote in a text to a dear friend living 30 minutes outside of New York City and struggling to keep the darkness at bay. “But sometimes you just need to hear the hi-hat count-in to the live version of AC/DC’s ‘Back in Black,’ and simply be glad that you’re alive.”

These new musical offerings made me glad to be alive. May they do the same for you.

Pearl Jam is a band built for times of crisis. The band is made of tougher stuff, having weathered nearly 30 years in the music business with its creativity and integrity intact. And though the group has been working on “Gigaton” on and off for more than five  years, its arrival feels eerily well-timed. They might have called the album “Love Songs for the Apocalypse,” so clear-eyed are these appraisals of our current, largely self-wrought problems. But like the best Pearl Jam music – 2002’s “Riot Act” gets my nod as the finest album-length embodiment of this – the “Gigaton” song-cycle travels through the dark valley and comes out on the other side with something that feels an awful lot like redemption.  (Pearl Jam’s immersive “Gigaton: The Visual Album Experience” is free to anyone with the Apple TV app.) 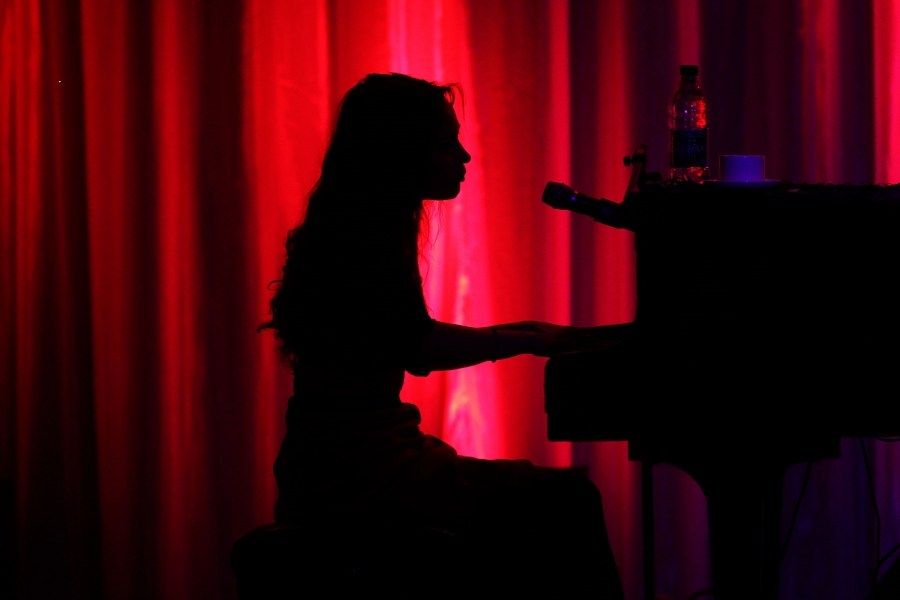 When we look back on these days from a vantage point that provides perspective, we might see Fiona Apple’s “Fetch the Bolt Cutters” as the perfect embodiment of this troubled time. It’s a record that starts from the small and intimate, from the slightly socially isolated, self-sufficient, outsider status Apple’s wild and offbeat talent has earned her, and then firmly grasps the universal truths attainable only through acts of artistic and cultural defiance. Apple and her small coterie of musicians have crafted a record that plays by none of modern pop’s rather stringent, soul-sucking rules. Lockdown feels better with such an interesting artifact to unravel for company. 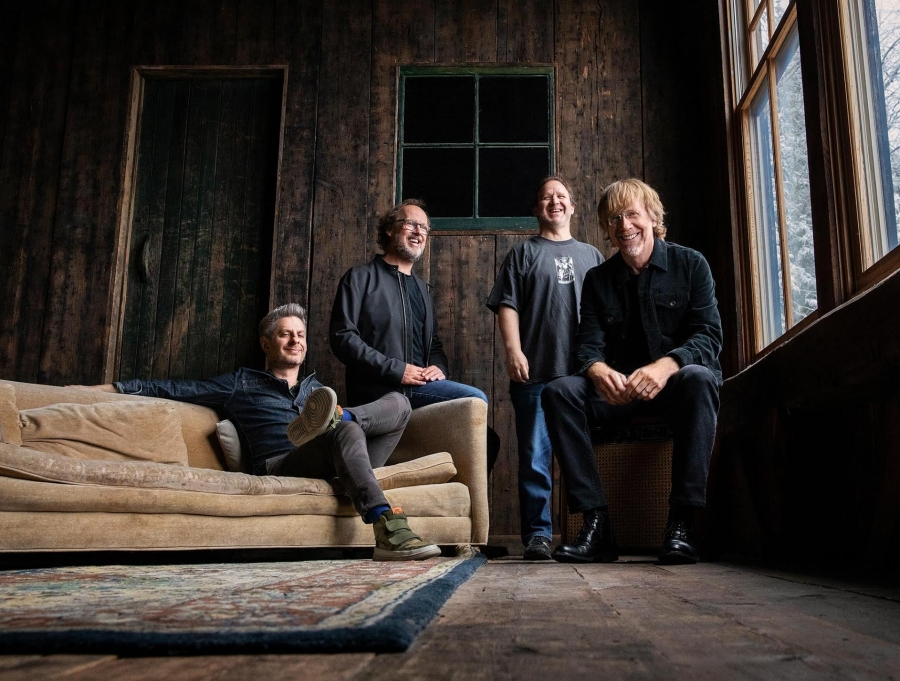 Joy in experimentation and an unfettered optimism. These are what inform the most life-affirming Phish music. And they are here in abundance in this raw, incredibly real and blissfully under-produced collection of tunes that move from the effortlessly funky to the painstakingly through-composed, stopping along the way to insist that “Everything’s right, so just hold tight.” We don’t need to physically visit the “Sigma Oasis,” because once we’ve imagined it, we’re “already there.” This album is transportive, a circular journey that ends where it begins, and all but insists on being played as an undisturbed loop.

The Rolling Stones, "Living in a Ghost Town"

A killer new Stones track with a sultry groove reminiscent of the “Some Girls/Emotional Rescue” era, and some crisis-specific lyrics from a thrillingly engaged and youthful-sounding Mick Jagger.

The Once and Future Band, "Deleted Scenes"

For fans of Jellyfish, Jason Faulkner and Badly Drawn Boy, a delightful dash of jubilant power pop and left-of-center art rock from a band new to me, but rapidly becoming a go-to.

I found it hard to listen to these out-of-nowhere new Dylan releases at first. They just felt so claustrophobic, so immersed in the darkness, so much like the words of an angry prophet looking down from a mountaintop and shaking his head in disgust at a mankind enthralled with mammon. But then the winking humor that is a Dylan hallmark revealed itself to me, and the world settled back on its axis. 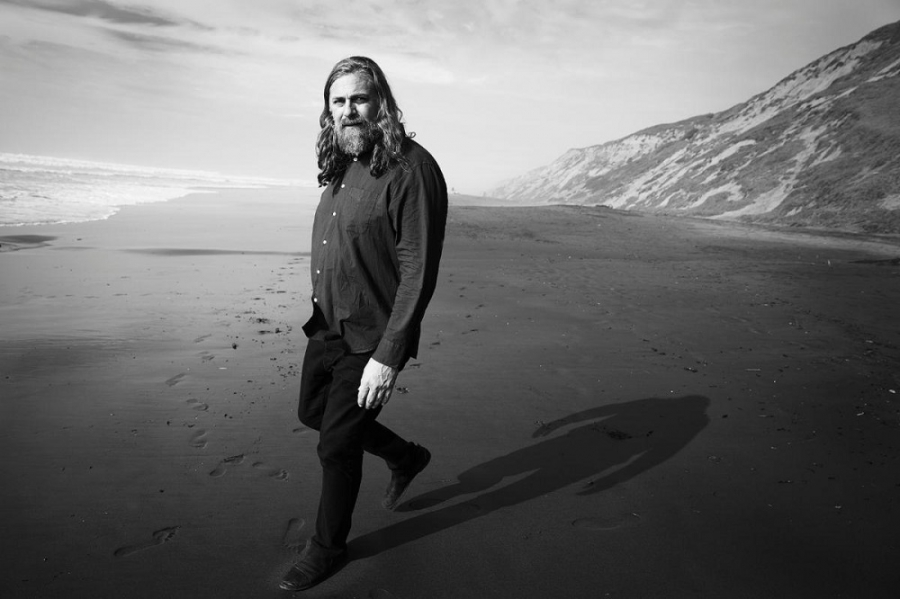 Also worthy of your attention

The Strokes, "The New Abnormal," an invigorating recapitulation of the band’s gritty new wave-indebted talents, replete with my favorite vocal performances from Julian Casablancas.

The White Buffalo, "On the Widow’s Walk," finds Jake Smith (aka The White Buffalo) delivering one of the most interesting, pretense-free singer-songwriter albums of the modern era. It's an album that grows on me with each listen.