Many Americans struggling with the monotony and uncertainty of the coronavirus pandemic have never been so frustrated, so anxious, so bored.

Lynn Giammaresi has never been so busy.

Giammaresi is a driver for Uber Eats, an offshoot of the ride-sharing service that makes delivery an option for any restaurant, a lifeline for the embattled restaurant industry and a godsend for the homebound with a hankering for everything from a steak dinner to a milkshake.

“You go everywhere, absolutely everywhere. I take them all, whatever comes through," she said. "With UberEats, they’re ordering breakfast, lunch, dinner. You’re getting hit all the time.”

It’s 4 p.m. on a recent Sunday, and Giammaresi has been working for an hour. She already had four runs and is on her way from Cheektowaga – where she dropped off a Mike’s Sub – to the West Side to deliver a meal from KFC.

“Sometimes I can do 25 in a day. I just go and go, but then I have to shut down so I can go home to use the bathroom because all of the restaurants are closed,” she said.

It's a common tale in communities across the United States, where most restaurants have been forced to close as a result of social distancing guidelines. Harry Hartfield, an Uber communications manager based in New York City, said the delivery service has seen a corresponding surge in business. 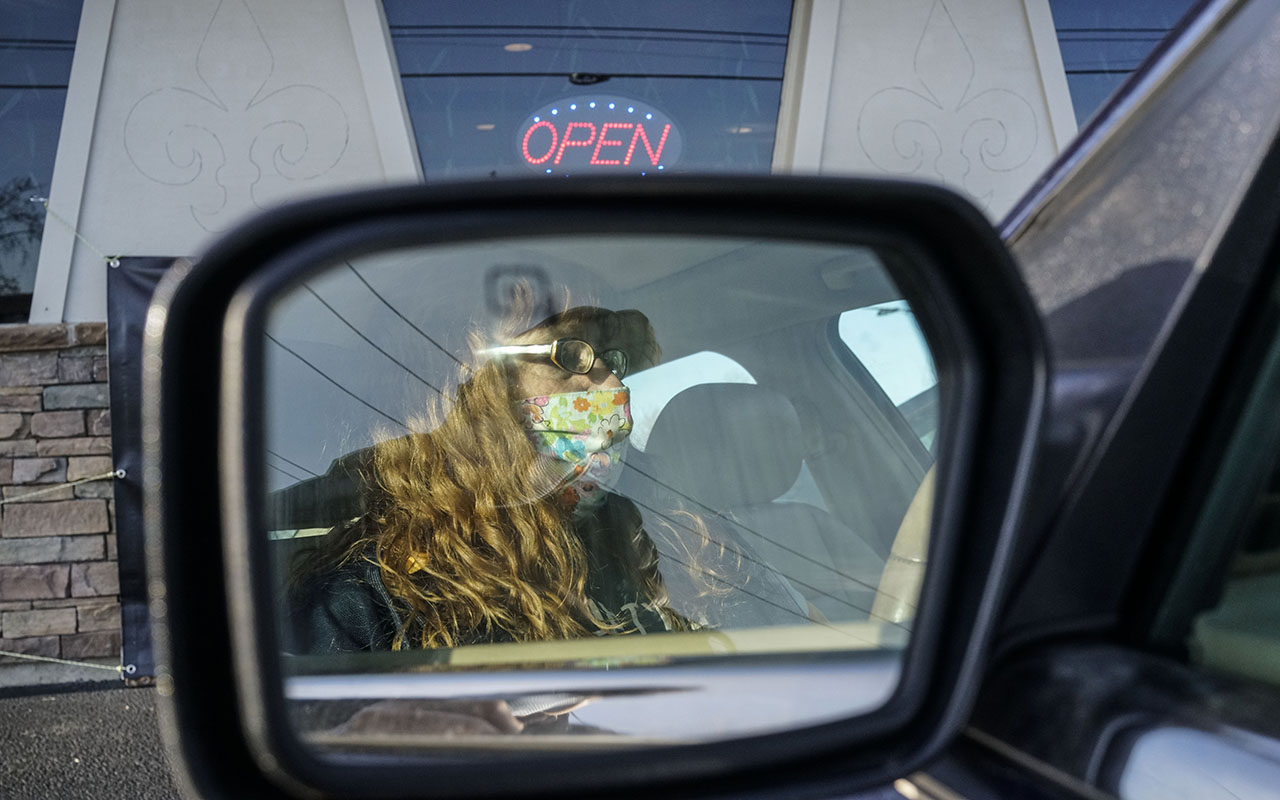 Uber Eats delivery driver Lynn Giammaresi is reflected in her mirror as she picks up an order at The Bayou on French Road in Cheektowaga. (Derek Gee/Buffalo News)

“We have seen particularly high upticks in food delivery demand over the past month,” and up to 10 times the number of people signing up to join the platform, he said. “In addition to demand on the consumer side, we’ve seen a dramatic increase in restaurants joining the platform and a significant lift in the percentage of orders at small independent restaurants.”

When Uber launched in Buffalo in 2017, Giammaresi became a driver, ferrying people, not food. The 52-year-old chocolate maker eventually turned to food delivery and never looked back. She said she made $800 after working six days in a recent week.

Michael Juster, 58, of Niagara Falls works full time for Edwards Vacuum, a technology production company. He started driving for Uber about a month ago, but is taking a break because of Covid-19 and may switch to Uber Eats.

“I was being very cautious, spraying the back seat and the handles of the car between every pick-up,” Juster said. “But then I decided in the last few weeks that it probably wasn’t too safe."

Giammaresi also takes precautions to ensure her car is sanitized after each delivery. She wears a face mask, and sanitizes the plastic bin in which she keeps orders.

“I don’t wear gloves because I’d have to change them after every trip, so I just sanitize my hands, and I use Lysol in my car," Giammaresi said. "I might be a carrier; how do I know?

She has also developed a system for those who prefer contact-free delivery.

"People ask me to leave orders on the porch. I take a picture of it and I text it to the customer to show where I placed the order,” she said.

Giammaresi said there is no such thing as an order that is "too small" for her to deliver.

“I can deliver one milkshake," she said. "Because I know what’s it’s like to want something, and not be able to go out and get it."