Lions and tigers and bears and – a hungry caterpillar?

This isn't just a bear hunt – it's the Hamburg Safari Walk.

Children and families in Hamburg are joining their version of a worldwide activity to combat boredom and distract from being home-bound because of Covid-19.

Colleen Gaughan Walsh had taken the teddy bears in her tree on Central Avenue inside the house when it got cold last week, but she was happily returning them to their perch Friday.

"We’re in such unbelievably, unusual, never before happened times and with these kids home day in and day out, anything to make them happy to brighten their day, to make the walk that they’re going on with their parents just to get some exercise, make it exciting and fun, whatever we all can do to make this a much more bearable situation, then I’m for it," she said. 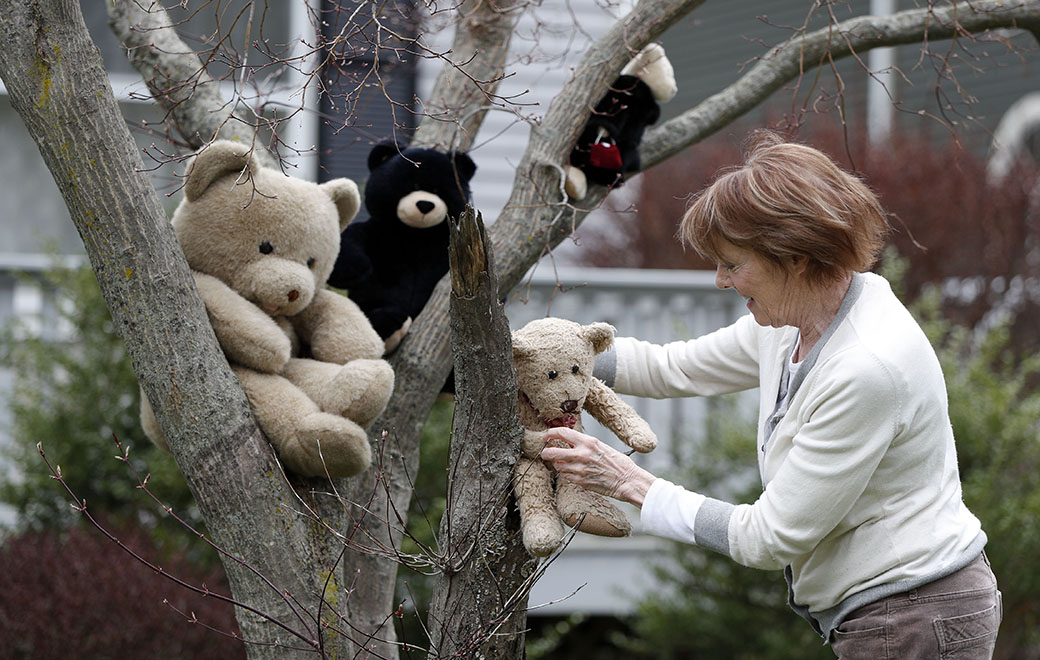 Colleen Walsh puts teddy bears in the tree in front of her house on Central Avenue in Hamburg. (Mark Mulville/Buffalo News)

"Whoever came up with the idea," she said, "I think it's wonderful."

The local guy who came up with the online registration of the animals is her neighbor, Larry Goble.

He said as he and his family took walks in recent weeks, they saw stuffed animals in windows, and he saw the same thing was happening in the United Kingdom.

Apparently inspired by the children's book, "We're Going on a Bear Hunt," written by Michael Rosen and illustrated by Helen Oxenbury, people in towns, villages and cities have placed stuffed teddy bears and other animals in windows to be discovered as others are out for a walk.

"Somebody else thought up this idea of giving families something to do as they're out walking," he said.

Goble, a teacher-coach in technology in the Williamsville Central School District, thought he would put his technical skills to work to make it easier to find the locations of the animals. He set up a Google document so people can add their address to the list online at tinyurl.com/HamburgSafariWalk. 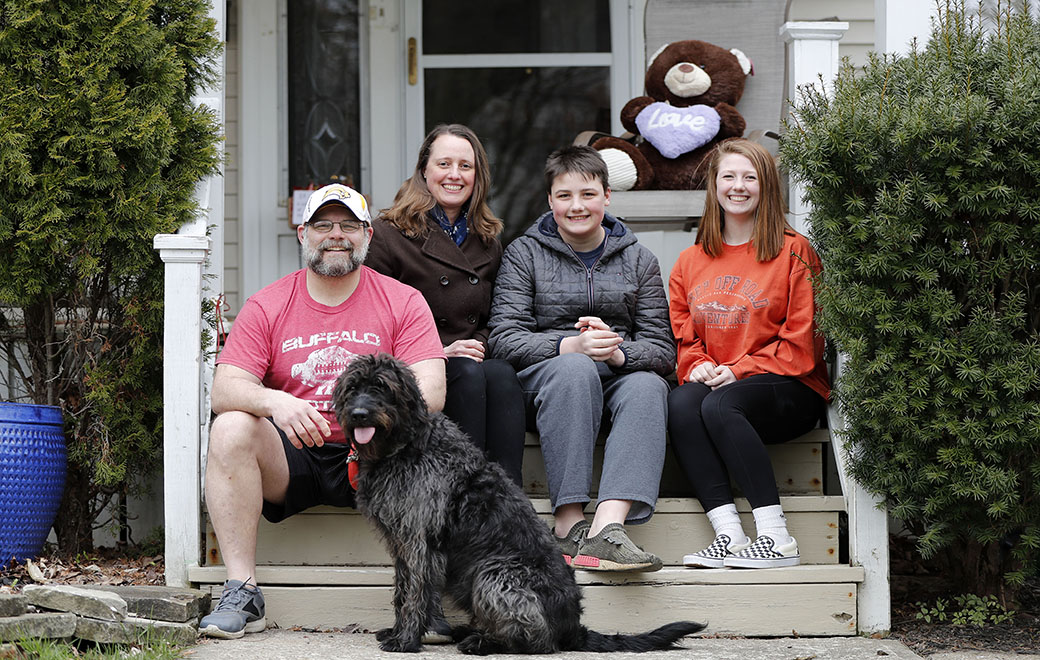 The Gobles from left to right: Larry, Audrey, Gray, Ainsley and dog Lucy at their home on Central Avenue in Hamburg. (Mark Mulville/Buffalo News)

He posted on social media and handed out fliers in his neighborhood with the help of his children Gray, 13, and Ainsley, 17. The Hamburg Safari Walk page has the addresses on a list and on a map.

"When we’re out walking, it's fun to see families doing it," Goble said.

Vincent Barone and his children Luke, 9, and Nadia, 7, have seen several bears in windows, some right next to pictures of rainbows that also are popular.

"I just think this is a great idea because being outside is so great for kids, and for the adults, too," she said. "It gives us all something to look for on our walks." 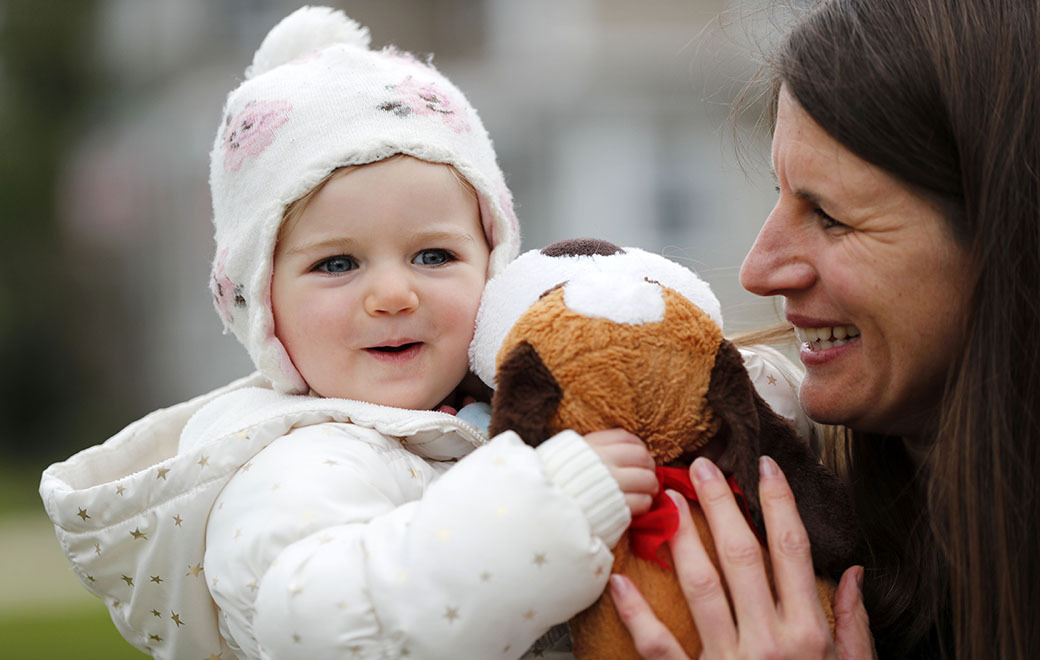