The deluge of job losses is starting to let up across the Buffalo Niagara region.

But the devastating waves of furloughs, layoffs and outright job cuts over the past month have left the local job market far worse off than any time since the Great Depression.

The good news is that the torrent of job losses slowed significantly last week, with about half as many people across the Buffalo Niagara region filing for unemployment benefits as the week before – and the week before that. That slowdown was in line with what happened statewide.

Maybe the worst is over, at least for this portion of the downturn. Maybe it isn't. That's largely up to the Covid-19 virus and how long the outbreak keeps big portions of the economy shut down.

The bad news is that, even with the slower pace, more than 11,300 workers in Erie and Niagara counties filed for unemployment last week after losing their jobs, either temporarily or permanently, according to the state Labor Department.

In just one week, more than twice as many workers filed for unemployment benefits across Western New York than during a six-week period from early March to mid-April last year.

That's left nearly 119,000 workers across Erie and Niagara counties without jobs, according to a Buffalo News analysis of jobless claims data and other local employment statistics. Since March 15, one of every six local workers has lost their job, at least temporarily.

When you combine that with the pool of workers who were already without jobs heading into the downturn, it means than one of every five local workers is unemployed. The Buffalo Niagara jobless rate, which was around 5% at the beginning of last month, now approaches 22%.

"It's a pretty sad story, all the way across the board," said Julie Anna Golebiewski, a Canisius College economist.

'Plan for the worst'

The carnage in the job market is like nothing we've seen in even the most severe modern-day downturns.

The unemployment rate, which briefly topped 15% in the early 1980s as the steel plants closed, is more than a third higher than it was during those dark days.

The number of people who are out of work is staggering. More than twice as many people are without jobs now than at the worst point during the Great Recession in March 2010. It's more than triple the number of unemployed in January 2004, at the peak of the recession that started when the internet boom went bust. It's almost three times more than during the 1991 recession. 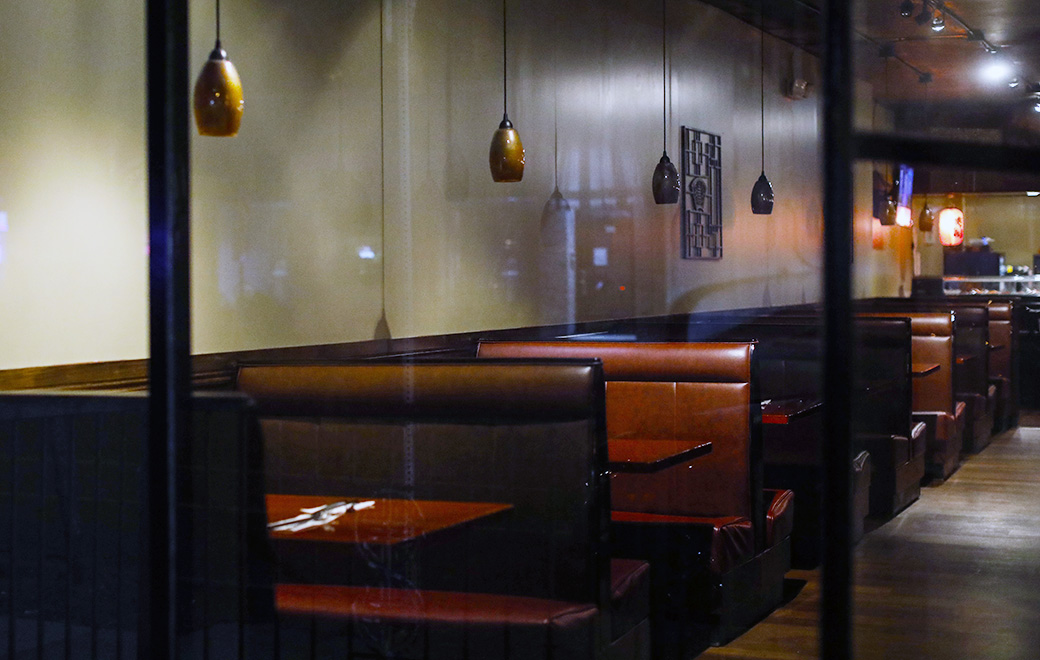 And it's not stopping. Catholic Health Systems is going to furlough up to 1,200 employees to try to offset a decline of up to $45 million in its monthly revenue as elective surgery is prohibited and emergency room visits decline. Kaleida Health, which says its revenues are down by as much as $30 million a month, is offering voluntary monthlong furloughs to its union workers. Both health systems also are cutting pay for top executives. Sumitomo Rubber USA, which employs about 1,300 people locally, closed its tire-making plant in the Town of Tonawanda for at least two weeks beginning April 20.

"Because of the nature of the downturn, it's so difficult to predict how we're going to get out of this," Golebiewski said. "It's going to come down to how long this is going to last."

Moog Inc., the Elma-based motion control equipment maker that employs about 3,500 people across the region, hasn't resorted to furloughs locally, with much of its work here tied to more stable defense and space contracts. Still, the company, which gets about 40% of its business worldwide from the harder-hit industrial and commercial aircraft markets, is starting to hoard its cash by suspending its dividend and share buyback programs while keeping capital spending to a minimum.

"It's plan for the worst and hope for the best," said John Scannell, Moog's chairman and CEO. "I've got to plan for the long term, and that gets to the question of when does demand return."

At this point, nobody knows.

There's no question the job losses here continue to be more severe than they are across the state.

In the Buffalo Niagara region, which only includes Erie and Niagara counties, more than 17% of the people who were either working or actively looking for work have filed jobless claims since March 15. In Syracuse, that number is just over 14%. It's 13% in Rochester. In Albany, where the high level of state government jobs acts as a cushion, the increase is just under 11%.

If you look at the numbers another way, it's still clear that the hit the Buffalo Niagara region is taking is worse. About 4.6% of the state's workforce lives in Erie County, but its share of the jobless claims since March 15 is 5.5% – a significant difference. It's even more pronounced in Niagara County, which has 1% of the state's workers but 1.5% of jobless claims.

One reason for the difference is the type of jobs that are more common across the Buffalo Niagara region than most other places. We have about 16% more retail sales jobs than the national average. We have 5% more food preparation and serving jobs. We have 9% more health care support workers, and 5% more factory workers. Those occupations all have been hit hard during the outbreak.

"The concentration of occupations with work that cannot be completed remotely or that is less necessary in the current environment might help to explain why the Buffalo metro area has a higher share of unemployment claims," Golebiewski said.

And that means the hits will keep coming.