Tim Cavanaugh, manager at the Pink on Allen Street, might not be able to describe what makes the dive bar's steak sandwich such a gem, but there's no question it's in great demand -- even when the Pink isn't open for business.

In collaboration with Thin Man Brewery on Elmwood the last two weeks, Cavanaugh rapidly sold out 120 sandwiches April 17, then reached the ceiling of 240 orders for Friday in less than two days.

For those still craving a sandwich, Cavanaugh confirmed the Pink's steak sandwich pop-ups will continue at Daniela. (387 Forest Ave.) on May 1 and Flying Bison Brewing Co. (840 Seneca St.) on May 8, likely with 240 sandwiches available at each for preorder.

Stay tuned to both of the venues' social media accounts, as well as the Old Pink on Instagram, for instructions on how to place an order. Details are usually posted Tuesday evening, and given how fast the orders fill, you'll have to act fast.

"There's just something about the steak sandwich," Cavanaugh said. "It's indescribable. We get the best cuts of meat – we pay extra to get super good cuts – and it's also the way we do the peppers and onions." 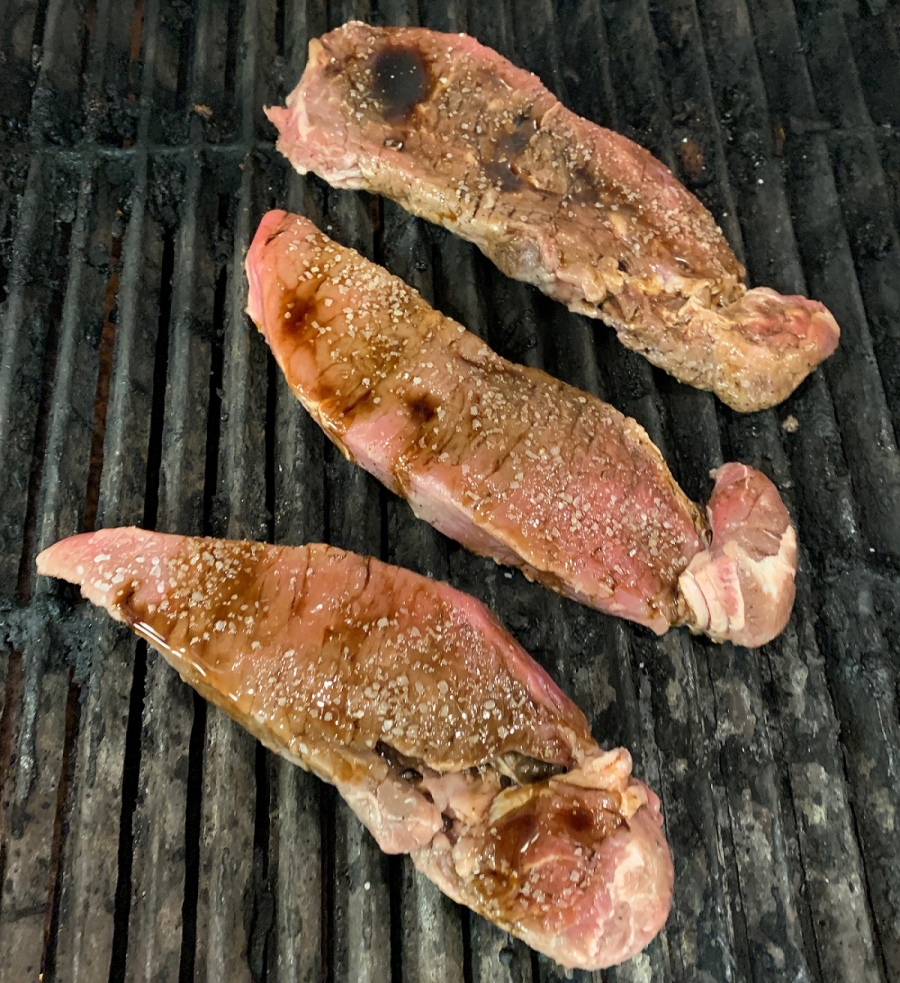 The sandwiches, which are grilled to a customer's desired temperature, rare to well, cost $15. The peppers and onions are cooked in Guinness beer, and it's all stuffed inside a Costanzo's roll. There's no need for steak sauce since there's already plenty of flavor.

And, contrary to legend, it's not the special love and 29 years of seasoning of the Pink's grill, at 223 Allen St., that makes it shine.

"They come out just as good [on a different grill] – it's the person who's cooking it," said Cavanaugh, who has made the sandwiches for the last 13 years and was promoted manager last year. "A lot of people say that [about the grill] but I don't think it's true. It's about knowing how to do it."

Cavanaugh estimates the Pink sells about 150 sandwiches each weekend, with steak representing roughly three-quarters. The grilled bologna and burgers are also popular, but not to the extent of the legends.

There was little consideration given to the Pink offering takeout from its location, given there's no kitchen, just the grill behind the bar. That didn't stop Cavanaugh from hearing from the quirky dive bar's faithful clientele.

"This is just a way to keep people thinking about the Pink," Cavanaugh said. "So many people were messaging saying, 'I miss the sandwich so much.' It's also another way of income [while closed]."