The last time Keely Booker would ever see her grandmother – three days before her death from Covid-19 on Good Friday – the closest she could get to her was from the other side of a window.

The many family members who were there approached the window two at a time, keeping 6 feet apart. Ellen Booker, 77, was brought to the window in the Garden Gate Health Care Facility in Cheektowaga, her granddaughter said.

“We all knew that this would be the last time we saw her. She was so disoriented she didn’t know who any of us were, not even my father and my uncle,” Keely Booker said. “She couldn’t breathe. She had an oxygen tube under her nose. She was gasping and coughing. She was not the person we had known.”

Across New York State, nursing home residents account for one in five Covid-19 deaths. In Erie County, they account for more than one in three, according to a Buffalo News analysis of state Health Department data.

Twenty-nine nursing home residents in Erie County had died of Covid-19 as of April 12, according to state data. In just eight days, that number doubled.

It's no surprise that nursing homes have become fertile ground for the disease, given that residents are among the most vulnerable, according to a group representing nursing homes in New York State.

"Outbreaks of Covid-19 are not the result of inattentiveness or shortcomings in our facilities," said Stephen Hanse, president and CEO of the New York State Health Facilities Association. "The very nature of long-term care is a high-touch environment where social distancing is not an option in providing care. Staff are hands-on helping residents with bathing, dressing and other personal daily needs."

Still, many family members of nursing home residents who have died from Covid-19 say more should have been done to prevent the spread of the disease.

“Instead of them skyrocketing like this, there should have been steps in place to prevent this,” Keely Booker said.

The leader of one national advocacy group for residents and their families said he’s unable to keep up with the number of nursing homes nationwide that have been overwhelmed by the virus.

The most likely mode of the virus entering nursing homes was via health care workers “ping-ponging” between facilities, unaware that they were carrying the novel coronavirus because they had no symptoms, he said.

“Unbeknownst to them, and unintentionally, they were spreading the virus, and it’s really caught wildfire,” said Lee.

He and other advocates for nursing home residents said the coronavirus infection numbers may be telling only a small part of the story in many facilities, which are on lockdown and getting no outside monitoring from ombudsmen, government inspectors or family members.

Some nursing homes compound the problem by not communicating with families and the public about what’s happening in their facilities, he said.

Disclosure is “not what it should be,” Lee said. “For families, what they’ve been clamoring for is just to know: First of all, is there an outbreak happening in my loved one’s home? Second of all, how bad is it? And then, what should I be doing?” 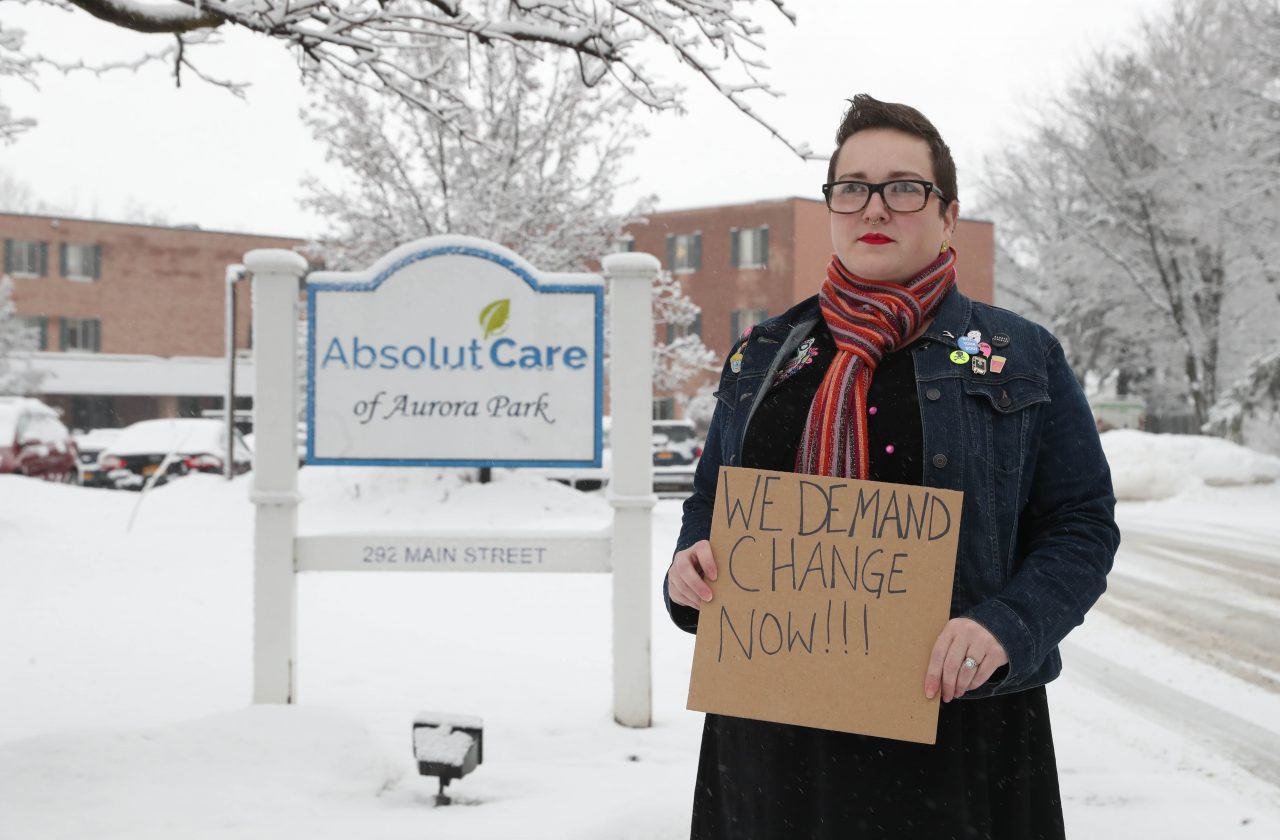 Jennifer Page, a local advocate for nursing home residents, has conducted protests at an East Aurora nursing home to draw attention to what she and others believe was inadequate care of residents.

The number of deaths among nursing home residents will only increase, she noted.

“Our elderly are our most vulnerable people and the actions that nursing homes are taking clearly aren’t enough,” she said. “The virus is spreading like wildfire.”

That was why Page said she decided to remove her mother from Garden Gate on April 9. She made that decision hours after her mother’s test results showed she had not been infected by the coronavirus.

“I felt like my mother was a sitting duck. She has kidney failure and has had a couple of strokes,” Page said. “We got the test results at 10 that morning and by 5 o’clock that day we were getting her out of the nursing home.”

Garden Gate officials have said that their staff are knowledgeable and prepared to properly care for patients amid the Covid-19 outbreak. The nursing home is following state and federal guidelines, according to a spokeswoman.

"We are confident in our abilities and remain dedicated to treating those in our care," Dawn Harsch, communications director for the McGuire Group, which owns Garden Gate, previously said.

Page said she converted a first-floor playroom in her Buffalo home into a bedroom for her 74-year-old mother, Charlee Clark.

“I wanted to protect my mother, but obviously not every family can do this. I don’t work,” Page said. 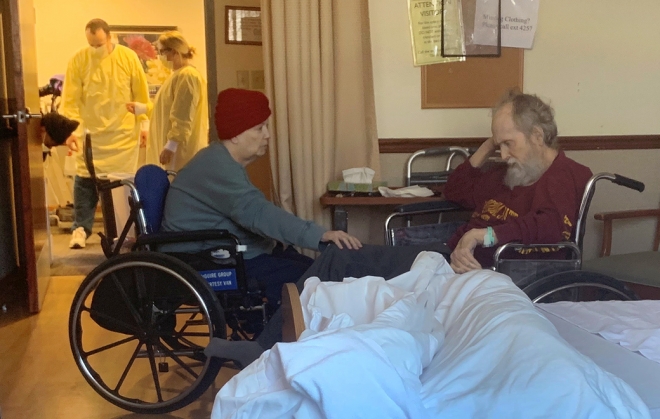 Even before the novel coronavirus, nursing homes were not particularly good at infection prevention and control, said Richard J. Mollot, executive director of the Long Term Care Community Coalition, which is based in New York City and advocates for residents and families.

Lax practices for stopping infection among residents are the most commonly cited deficiencies in nursing homes nationwide, Mollot said. But nursing homes rarely are punished for not following basic infection control guidelines, such as having staff wash their hands or change their gloves after visiting a resident.

“The PPE issue which everyone is screaming about is just part of it,” said Mollot, referring to the personal protective equipment workers and employers say is needed.

His organization is recommending that New York set up “swat teams” that can be sent to assist nursing homes struggling to contain the virus. He said the state should require every nursing home to hire a full-time infection control specialist. He also called upon the state to reverse a policy that mandates all nursing homes to accept Covid-19 patients. Instead, he said, the state and nursing home operators should be doing whatever they can to keep the virus from entering facilities that don’t have an outbreak.

But Lee said that will be impossible until facilities can test all residents and staff for Covid-19 – something that Hanse, the industry spokesman, also called for.

“There has to be universal testing, and it’s just not happening yet,” Lee said. “Hopefully, we’ll get it figured out sooner, rather than later. Otherwise, we’re just going to see more and more bodies being wheeled out on gurneys.” 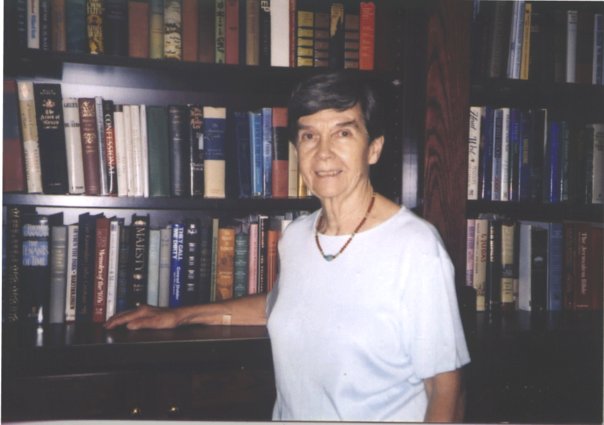 For Louisa Dell’Amico, whose 95-year-old mother died April 8, one day after testing positive for the coronavirus at Garden Gate, the state statistics on nursing home deaths in Erie County come as no surprise.

Nursing home residents are in those facilities because of underlying health conditions, she said. Shirley Dell’Amico was admitted to Garden Gate last summer after she suffered a fall and began having mobility issues, her daughter said.

But Louisa Dell’Amico said that she questions the accuracy of how many nursing home residents have perished from the virus.

“The numbers sound low,” she said. “Health care facilities in my opinion may be minimizing the number of reported deaths because it would point to a lack of equipment and a lack of preparation, but nobody was prepared for this.”

Little help from the government

Lee and Mollot said government leaders had ample warning about the potential for widespread infection and death in nursing homes because the first major outbreak of coronavirus in the United States was reported at a nursing home in Kirkland, Wash., in late February.

Some government officials at the time talked about prioritizing nursing homes, because those facilities – with tight quarters and residents with compromised immunity – were so susceptible to the spread of the virus.

“They said that nursing home residents would be vulnerable obviously because of age and chronic conditions and also because of the congregant setting, and I think the knowledge that they don’t do a good job providing care,” Mollot said.

But since then, nursing homes have received little to no help from the government in trying to ward off the virus, he said.

“Everyone’s kind of dropped the ball, either ignored it or threw their hands up,” he said.

Hanse, who leads the state group representing nursing homes, said that while the state's focus has been on hospitals, the government needs to prioritize help in various forms to nursing homes, including maintaining current Medicaid funding levels and providing additional financial help to offset the costs brought about by the outbreak.

"From the onset of this pandemic, nursing homes and assisted living providers have been the proverbial canary in the coal mine as to the devastation this virus can impose," he said, "and we must receive priority status for assistance with staffing, PPE shortages and testing to protect our residents and staff."