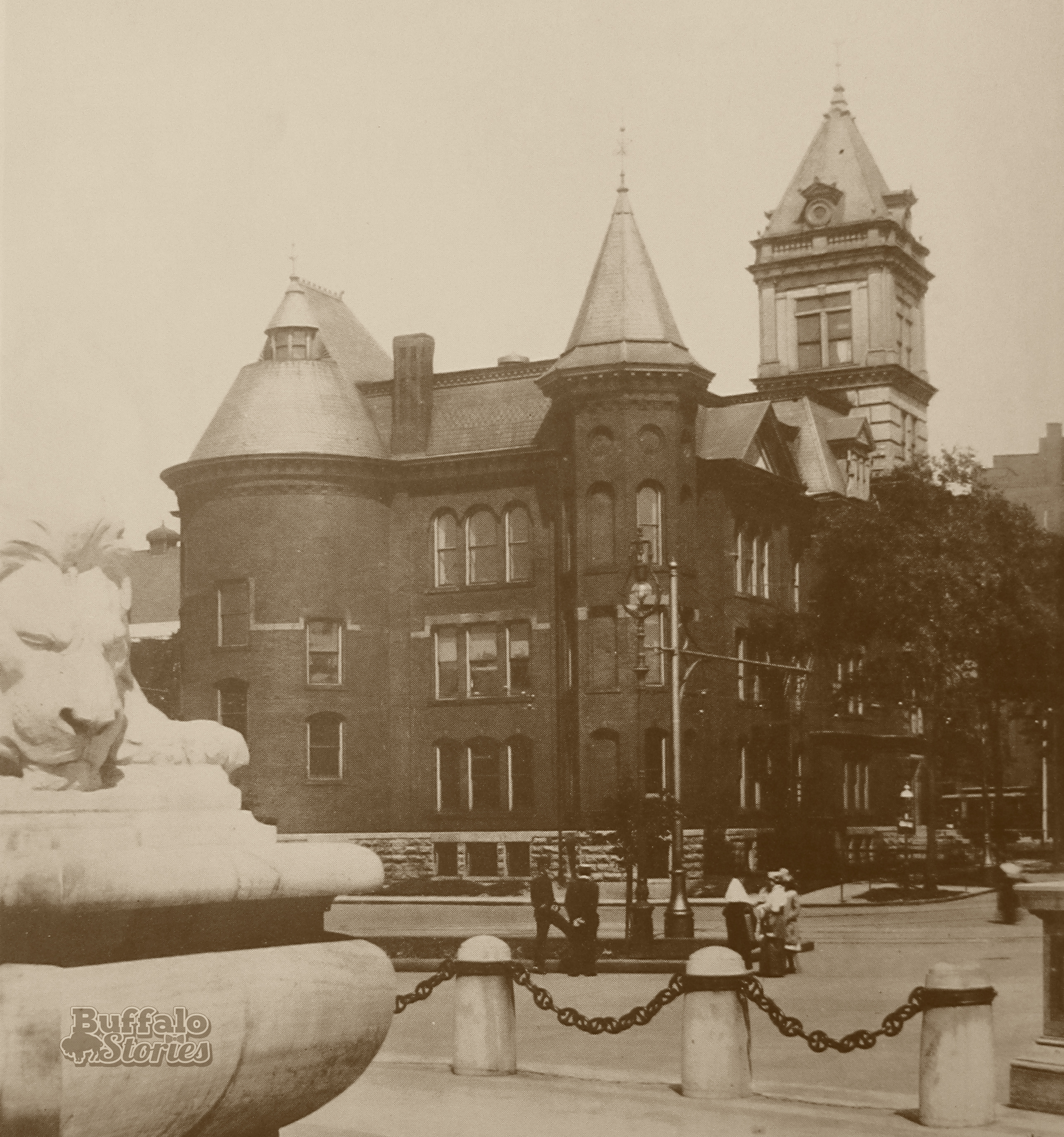 Central High, with the lions of Niagara Square's McKinley Monument in the foreground.

In the midst of the Covid-19 pandemic, a Niagara Square protest has become emblematic of those who believe the response has been overdone.

In 1918, Niagara Square was the center of Buffalo’s pandemic response.

Old Central High School stood on the spot where the New York State Office Building has stood since 1926.

Opened as a school in 1854, it was Buffalo’s only public high school until Masten Park High School was built in 1897. The city closed Old Central when Hutchinson-Central opened a few blocks away in 1914.

The city put the big empty building to use four years later when the Spanish flu swept through the city, and Old Central was converted into an influenza hospital. On the day the announcement was made, the city’s death toll from the flu was 552.

The Elmwood Music Hall at Elmwood and Edward and the Broadway Auditorium (today’s Broadway Barns) were both considered as a location for the hospital, but the central location and overall construction of the old high school “made it more satisfactory.”

The conversion, complete with 1,000 beds, took just three days. Buffalo’s death toll had reached 703 by the time the hospital opened.

“We shall be ready on Saturday to handle all those needing hospital care,” said Buffalo Health Commissioner Gram. “The regular hospitals have reached their limit, but with Central, we now have the space. It’s a case of saving lives, and the city will make good.” 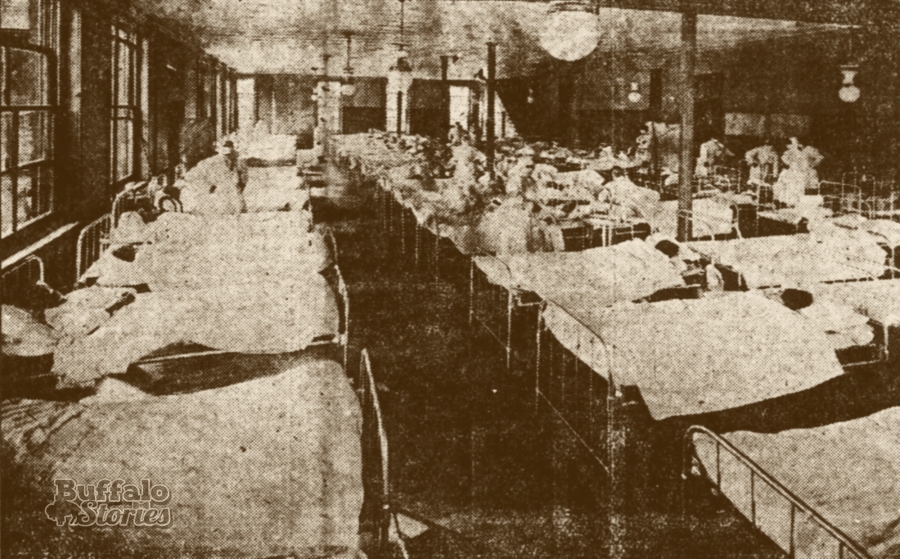 Inside Buffalo's influenza ward at the old Central High School.

The City of Buffalo was put under quarantine on Oct. 11, 1918. The temporary hospital opened on Oct. 19. The final 28 patients were moved from the hospital on Dec. 7, and the building was turned back to the Buffalo School Board.

From the time people started contracting the flu in September through the end of 1918, there were 28,398 cases of influenza in Buffalo and 2,561 resulting deaths. 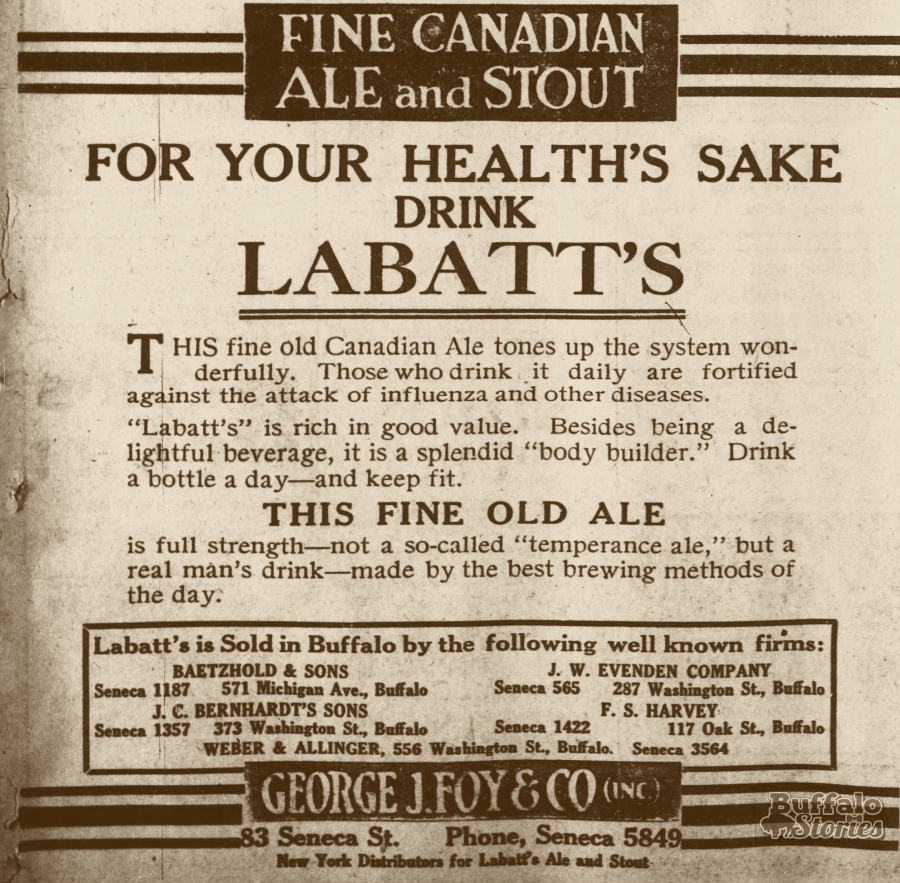 In the midst of coverage of the flu epidemic, a 1918 Labatt Beer and Ale ad claims "those who drink it daily are fortified against the attack of influenza."