The Facebook message came from Julianne Goulding Macie, a reader in North Carolina. She, too, grew up in Dunkirk, and though our only connection is digital, she figured she would take a shot out of the blue.

She wondered if I knew Julio Salgado, an emergency medical technician from Florida who happened to be her Facebook friend, a fellow Dunkirk native who had written a moving Easter Sunday post about his duties with an ambulance crew in New York City amid the Covid-19 pandemic.

I read her note and leaned back, a little blown away, then went upstairs and dug through some dusty scrapbooks for the team photograph. It was taken 48 years ago this spring on Dunkirk's old Woodrow Avenue Little League field, showing a bunch of us as kids in heavy flannel uniforms, with our patient coaches.

By 12, I was already about as tall as I am now, so I ended up in back. Our team was sponsored by the long-closed Rusch’s Restaurant, known then for its lobster. While the picture is black and white, we are holding what I recall as the green caps we must have recently received, at an age when putting on your crisp new Little League cap was a great moment.

To my immediate right in the photo, equally solemn: 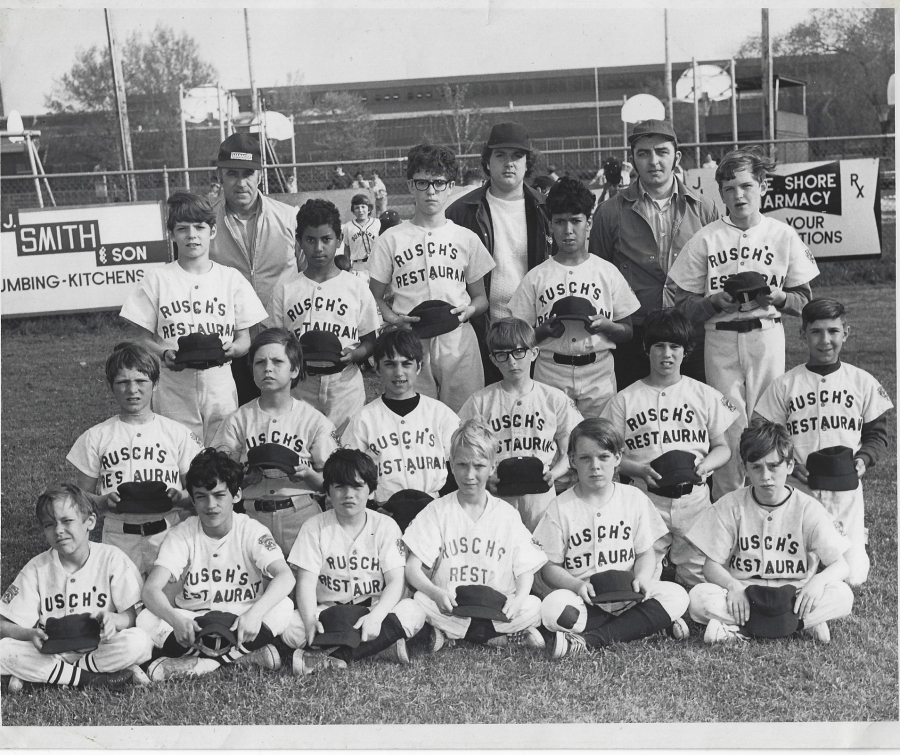 The Rusch's Restaurant Little League team, with the Allegheny Ludlum steel plant in the background, 1972. Julio Salgado is second from left, back row; I'm in the middle. (Family photo)

Sure, I remembered. I remembered in that astounding way you remember everyone on your Little League team. I especially remembered arriving long before our coaches on game nights for foot races around the base paths, or descending afterward on the refreshment stand for orange pop or the giant strips of grape or cherry bubble gum known as "Big Buddies."

Yet Julio was a year or two younger than I was, and we ended up at different high schools, meaning I had not seen him in a solid 45 years. Macie, acting as intermediary, reached out to him on Facebook and he provided his phone number, and I called and a voice answered in a New York hotel.

Through all those years, all the moving around and kids born and parents lost, I heard that voice and thought: It still sounds like him.

“I love what I do,” said Julio, 59, after a rapid-fire list of shared hometown reflections. He said he has essentially been in the same business since he took a job as a teenage orderly at Dunkirk's Brooks Memorial Hospital.

Not long after he started, there was a train wreck in the city. Julio joined a quiet crowd that assembled by the tracks, and a guy he knew was part of the ambulance crew that showed up to help.

“Man,” Julio told him, “that’s what I want,” and his friend replied he would never get rich doing the job.

Julio eventually enlisted in the Army, before settling in Fort Myers, Fla. He worked at another hospital, where he lived out his dream and became an emergency medical technician. When he moved to Orlando he joined American Medical Response, a medical transportation company. He is still working with AMR, even after a heart attack that required bypass surgery. 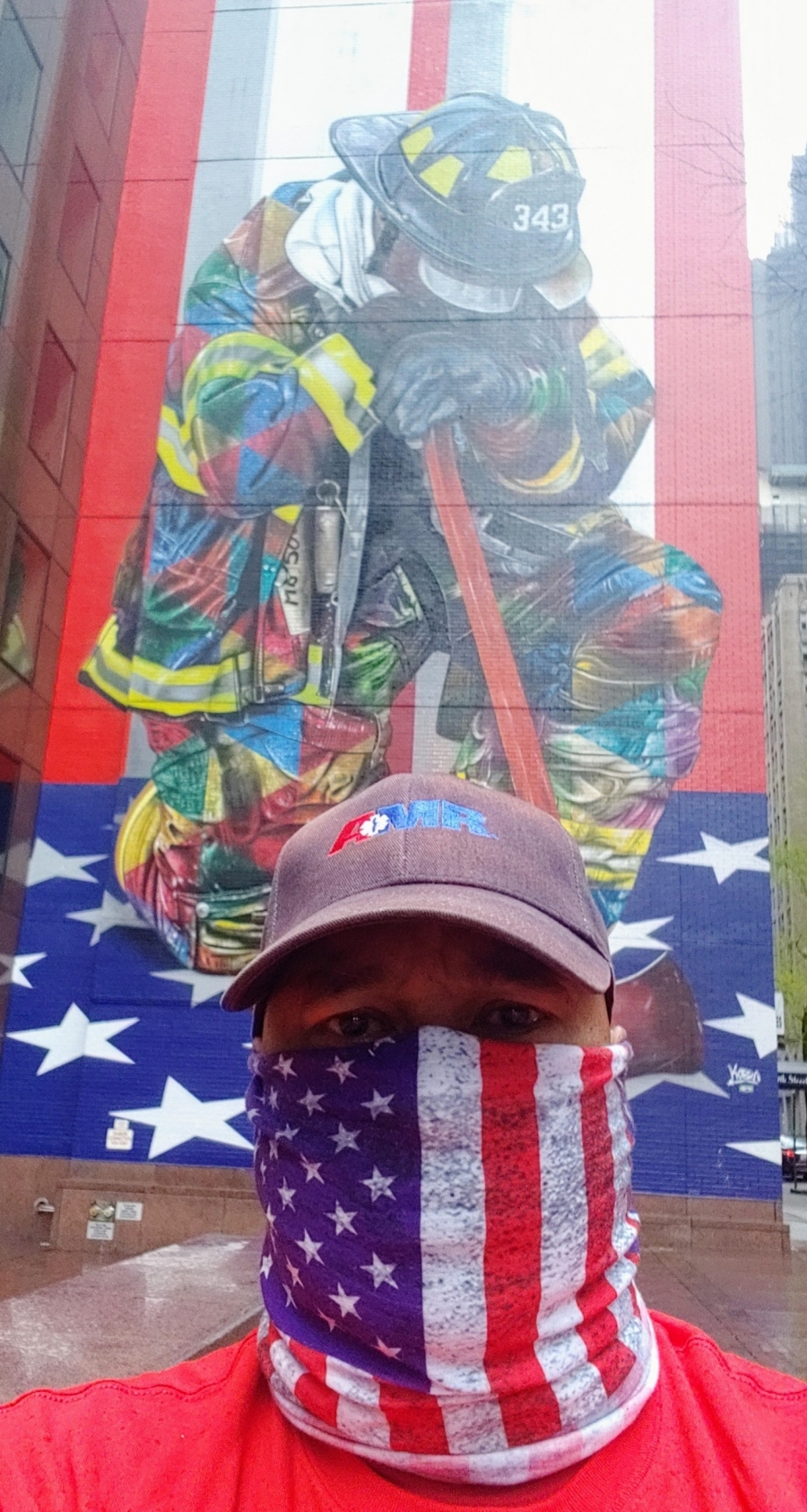 In 2016, he was on the job when a gunman, later shot to death by police, murdered 49 people at the Pulse nightclub. All the years of caring for people at the hardest and most frightening moments in their lives could not prepare Julio for the bottomless horror of that scene.

Even a nightmare could not shake his faith in his profession. He is the youngest of four children, though he spoke quietly of how two siblings – Aida and Lino – died within the past two years. He recalled how his late parents, Julio and Eduviges Salgado, cared for many foster kids, and how his dad, a bus driver, routinely translated if someone without much English in Dunkirk's Puerto Rican community needed help with, say, speaking to a mortician.

“They used to tell me you take care of others,” Julio said of his mother and father, "and you're put here for a reason."

Not quite a month ago, he volunteered when AMR responded to a request by the Federal Emergency Management Agency. The company sent 350 ambulance crews to New York City to support beleaguered emergency efforts, according to Chris Stawasz, AMR’s public information officer for the northeast region.

Julio said the first woman his crew transported in New York was emblematic of all that he has witnessed. She was probably in her late 50s and Spanish-speaking. The woman was relieved that Julio understood her language, but he said Covid-19 left her with what he calls “guppy breath,” a fast and desperate effort to draw in enough air.

“With injuries, with trauma, there are things we can help fix,” Julio said. “With this, you’re kind of helpless."

On duty, his Western New York roots are always clear. Julio is a passionate Buffalo Bills fan. His own grown son, also named Julio, frequently calls to warn him to always wear a mask "and stays on me like he's turned into my dad," Julio said.

He reminds his namesake of how he typically wears a sweatshirt, cap and mask bearing the Bills insignia, which leads to the occasional weary smile from Giants and Jets fans.

The talk of football led us back to Little League, and Julio asked if I remembered endless games of “cup ball,”  played with crushed plastic cups, behind the bleachers.

Like a sunburst, out of nowhere: I remembered, exactly. 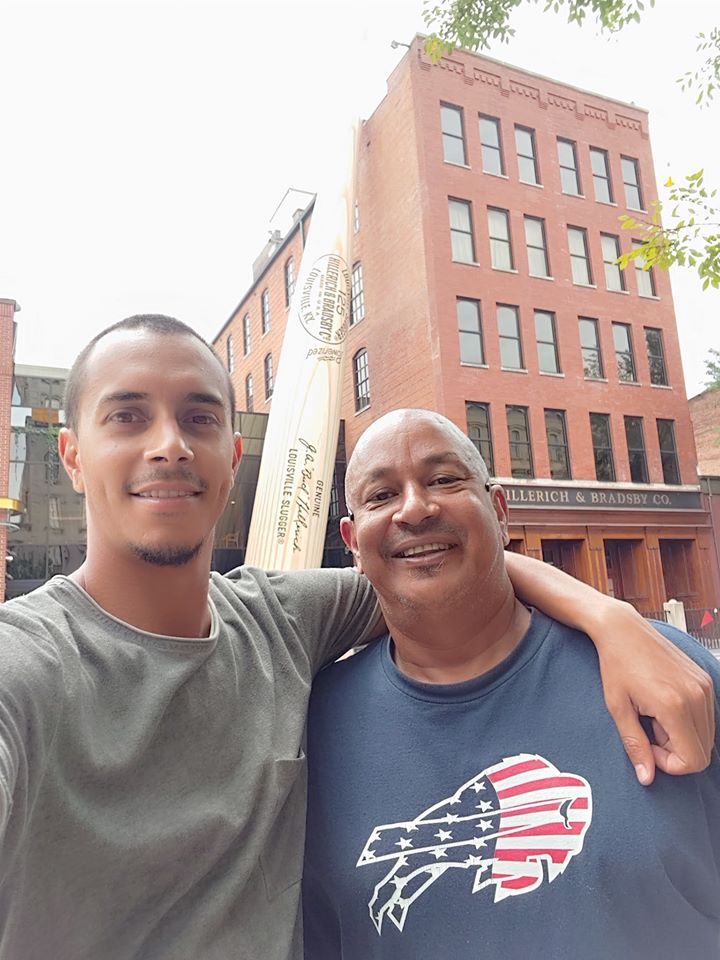 As a kid, Julio embraced classic rock, revered by his older brothers, a passion that helps explain a memorable Easter tale he shared on Facebook. Julio wrote of how he and fellow members of an Orlando AMR crew he admires had to pick up a Covid-19 patient at a hospital emergency room, a place of frenzied duty where he described this greeting – I condense it here – from a Cuban-born doctor:

She looks me in my worried & amazed face and said (in Spanish) don't look like that Papi, today is a good day, today is a calm day, today is Easter Sunday ... I was still amazed because I have never seen anything like this in my life, organized chaos everywhere, respirators, ventilators, concentrators are running, beeping, signaling.

Out of what I called chaos, comes a low sweet voice (a nurse). She sings:

Is this the real life?
Is this just fantasy?

All of sudden she was joined by this Cuban doctor. When the next line started there was about 20 of us singing 'Bohemian Rhapsody' a capella. It sounded so beautiful and everybody was working and singing at the same time ... We sang the whole song, medics, EMTs, physician's assistants, nurse practitioners, nurses, techs, security, housekeeping, everyone (ALL NATIONALITIES) singing in unison.

In the middle of this hot mess, we came together.

Julio left the ER, fighting back tears. He wrote on that same night of the joyous reaction by some medical staff to a patient strong enough to come off a ventilator, and he realized what moved him so much in the song by Queen was not simply the music or words, but what he felt in every voice.

“It was about love,” Julio said.

We said goodbye, and I suddenly realized a childhood dream came true. I was lucky enough to play in Little League with a Hall of Famer.