A striking sentiment from veteran restaurant owner Mike Andrzejewski still resonates more than a week after his taqueria closed indefinitely due to the Covid-19 pandemic.

The Cantina Loco owner expressed disappointment because he believes restaurants share a common responsibility to be outlets – beacons of hope, or at least escape – for the public during tough times. The time-honored tradition of going out to eat is a celebration, or at least something to anticipate with excitement; it can brighten dark days (even if it means pulling up curbside and getting a family size meatloaf).

Buffalo's restaurant and bar industry remains in flux a month after Gov. Andrew Cuomo mandated restaurants close their dining rooms. The lows greatly outnumber the highs, with an unnerving trend underway of popular restaurants going up for sale or shuttering locations.

Simultaneously, goodwill gestures remain: Some restaurant owners serve as a public resource beyond what's expected, others donate or discount meals to workers on the pandemic's front line, or raise up other businesses hit harder by Covid-19.

Craft & Cork, Tipico's original location for sale: While Hamburg's curbside community has attracted positive press, it wasn't for everyone.

Craft & Cork, the fairly new gastropub that replaced Daniels and was run by Scott and Lisa Donhauser, opted to close March 16 instead of trying the takeout route, then later shared an alarming article on Facebook roughly two weeks later. Now, Hunt Real Estate has a for-sale listing for the building and the turn-key restaurant, located at 174 Buffalo St. After confirming they were selling the business, the Donhausers declined to comment further at this time.

The pandemic came at an especially tough time for Tipico, which was in the soft-opening phase of its second location on Elmwood. Due to the effects of Covid-19 on businesses and some "circumstances out of their control," owners Pete Herman and Jesse Crouse decided to close Tipico's original location, at 128 Fargo Ave. They did not own the building, and the space is available for rent. 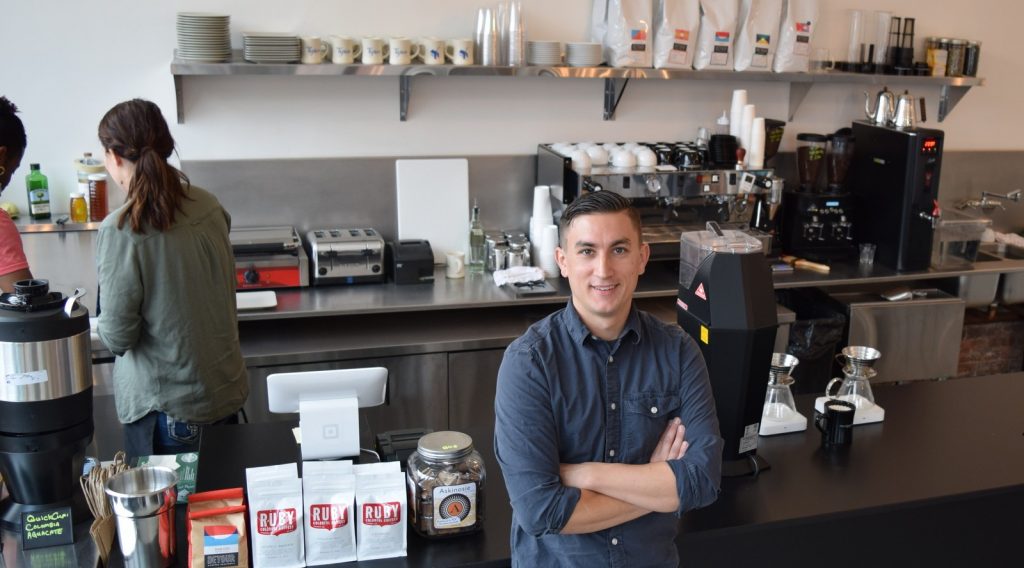 The owners had this message for their customers: "Nestled in the amazing Fargo Estate neighborhood, it’s where we met so many of you. We shared cups of coffee, and countless avocado toasts. We loved being there, and having it be the beginning to our story. Being tucked away we always joked that everyone that came through woke up thinking, 'I’m going to Tipico today.' It was what made it special, but also the challenge that it was." 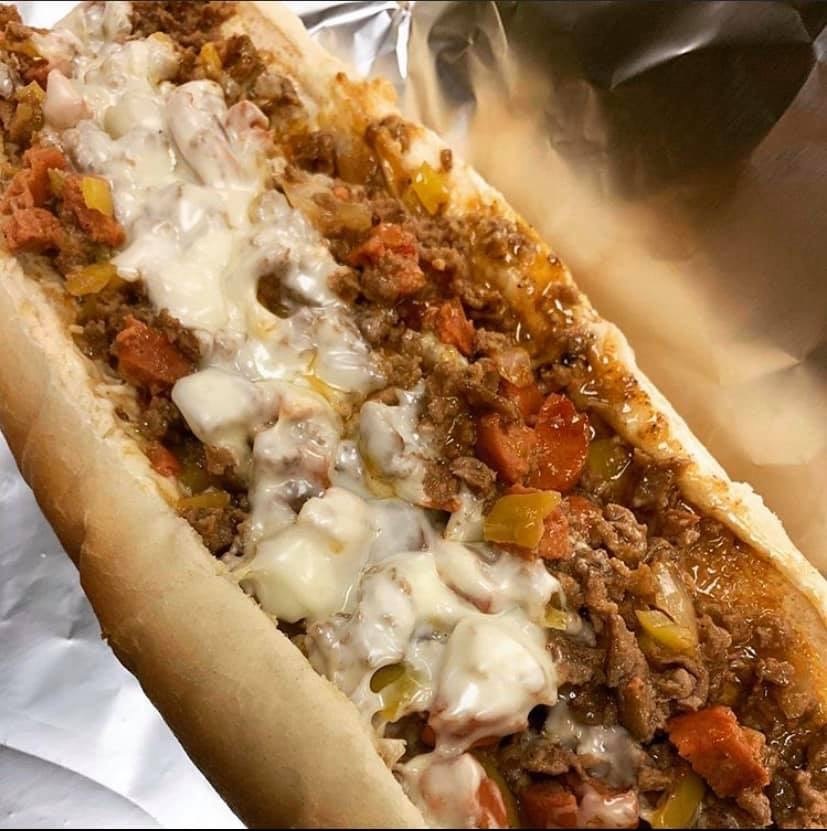 Buffalo Soul offers a hoagie and a mask: The first sit-down restaurant of the successful Buffalo Soul Catering, Buffalo Soul, at 454 Pearl St., hadn't been open six months before the pandemic forced closures.

Owners Jamey and Brandy Alexander stayed open for takeout, but noticed a trend in their customers they felt equipped to address.

"We know it’s a hard time for everyone, but we all need to stick together," Jamey said in a message. "We saw there was a need for masks in our community and people were still coming to the restaurant with no masks."

Buffalo Soul announced takeout dinner purchases of a whole hoagie – they're known best for their steak hoagie, $13, which might be big enough to last for two meals – would come with a mask and sanitizer as long as their supplies last. The Alexanders hand off their takeout orders through a convenient pickup window.

"We had to do our part to change (the mask situation)," Jamey said. "The community is still supporting us so we wanted to support them as well."

Teton Kitchen ventures outside the norm for social distancing: If you drive slowly down Elmwood, you might catch a glance of Teton Kitchen's bright contraption for serving takeout to customers. The mechanism, pictured as this story's featured image, is truly peak social distancing.

The window and bright yellow sliding tray keeps the Teton Kitchen employee roughly six feet from the customer, who's asked to call ahead, pay over the phone and then call the restaurant upon their arrival for their food to be slid out from the window.

While Teton can't take credit for the concept – it's modeled after a Chinese restaurant in the Bronx – the method is appealing to customers who want to order takeout in a safe fashion during the pandemic.

Thin Man Brewery and the Pink's collaboration: Compelling options for late-night eats still exist in Buffalo during the pandemic, but few have the history and memories connected to the Pink's steak sandwich. National media outlets have highlighted the dive bar's signature food, the sandwich has its own Facebook page with more than 1,000 followers, and a 2011 Buffalo News tribute explains why it's such a big deal.

Thin Man announced its first pop-up, which promptly sold out 120 steak sandwiches, for April 17 at the 492 Elmwood Ave. brewery-taproom. Thin Man owner Mike Shatzel and the Pink's Tim Cavanaugh are in the process of determining whether returning the pop-up for next Friday is feasible. 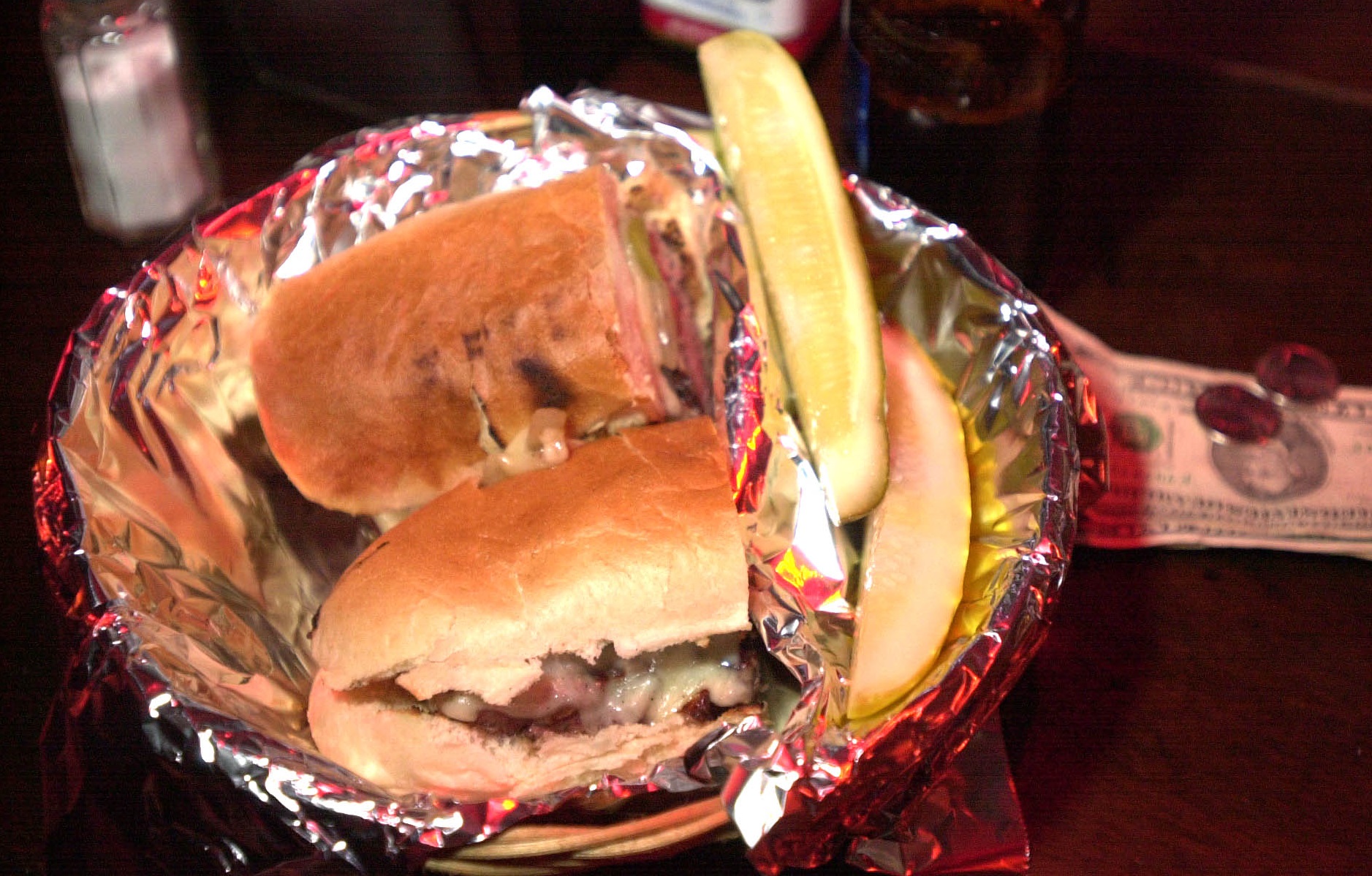 The timeless steak sandwich from the Pink – known at the time as the Old Pink Flamingo – pictured in 2002. (Mark Mulville/News file photo)

Swannie House reopens for takeout fish fry: Ten days after the Swannie House had its liquor license suspended indefinitely for violating New York State's mandate to close dining rooms, owner Debbie Wiles announced on the business' Facebook page that Swannie House would open for curbside takeout of its popular fish fry, either breaded or beer-battered, for $11.95, from 3:30 to 7:30 p.m. today. Customers are asked to call ahead with their order, at 847-2898.