Dr. Stephen Thomas went home Tuesday night to his family, at the end of a potentially monumental day. He read a story to his 5-year-old daughter, Laney, before tucking her in, a family ritual that ascends to sweeping meaning, and then he went downstairs and allowed himself to wonder.

He is hoping for the best for some Covid-19 patients at high risk, though he explained how he learned a few years ago – in a father's hardest way – to always "manage expectations.”

Thomas, 49, is in charge of the Covid-19 incident command at the SUNY Upstate University Hospital in Syracuse. Earlier that day, Dr. Timothy Endy, a longtime mentor and colleague – and the guy Thomas succeeded as Upstate's chief of infectious diseases – had overseen the infusing of two patients, both critically ill, with the plasma of donors already recovered from the virus.

The idea, also being attempted at Roswell Park Comprehensive Cancer Center, is that antibodies from the blood of healthy patients can neutralize Covid-19.

For now, the staff can only watch and wait. Thomas, a virologist and vaccinologist, spent 20 years studying infectious threats with the Army. Over the past few months, that expertise lifted him onto a national platform. He spoke with Anderson Cooper on CNN. He was interviewed by the Atlantic and by "CBS This Morning."

"He was very important in the process," said Ryan McMahon, the Onondaga County executive, describing the regional response. More than a month ago, Thomas played a key role in the quick arrival of drive-up testing at the Syracuse Community Health Center, a “triage site” where anyone showing signs of the virus can be tested by a phalanx of health care nurse practitioners. 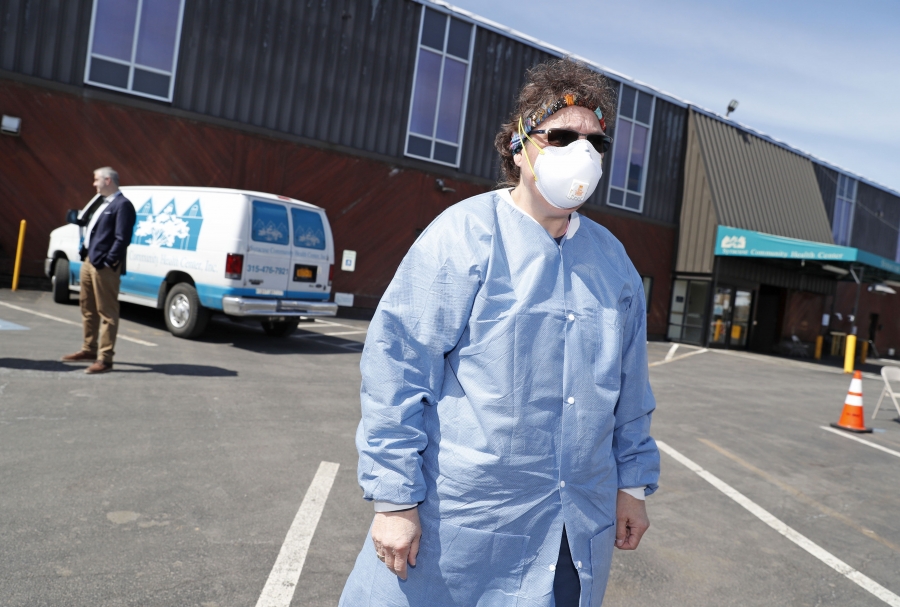 Thomas and former Buffalo resident Derrick Murry, the health center's chief operations officer, both serve on an advisory board for county Health Commissioner Indu Guptu. In early March, Murry offered his center as a location after a discussion in which Thomas spoke passionately about “protecting the castle,” which he equated to local emergency rooms.

What was needed in the Onondaga region – where 17 people had died of the virus as of Thursday – was a “sieve” to filter those at greatest risk, Thomas said. Maria Lumbrazo, a family nurse practitioner at the health center, said there were so many "walk-ups" on the first morning it threatened to overwhelm the place, before she and Murry agreed on a fast shift.

By that afternoon, they were greeting cars in the parking lot. Lumbrazo, still masked last week until she stepped away for a quick interview, watched as cars pulled up and her colleagues leaned toward open windows to administer more tests, which at one point climbed as high as 250 in a day. Her voice cracked as she described the courage of nurses in that line.

As for Thomas, who shares her gratitude, he spoke quietly of a toddler who helped teach him the full nature of the stakes. 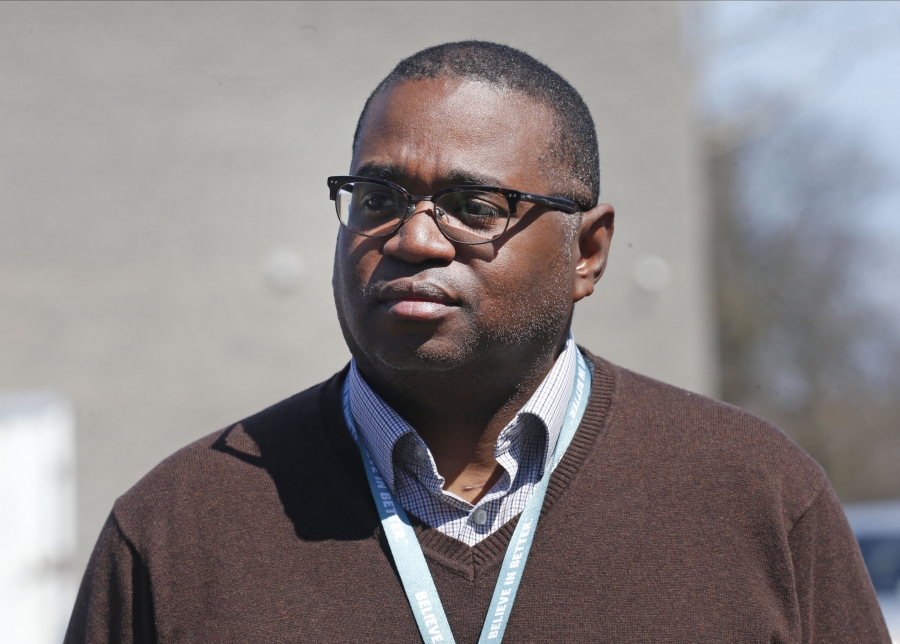 Raised near Albany, Thomas played basketball at Brown University and eventually, as a young physician and Army officer, joined the Walter Reed Army Institute of Research viral diseases branch. His friendship with Dr. Endy began in Thailand, where their shared research on infectious disease led Thomas to a revelation:

"This is exactly what I’m supposed to be doing with my life.”

Before long, he was involved in vaccine trials during the ebola breakout in West Africa.

Now, with each day consumed by the pandemic, Thomas turns for solace and perspective to his family. He met his wife, Erica, in 1997, on a blind date near Albany. He told some appreciative stories this week about the curiosity of their 12-year-old son, Charlie, and how he and Erica chose a name for the precocious 5-year-old he had just tucked in.

They call her Laney, short for MacLane, echoing the nickname of the child they lost.

In 2014, Thomas was on a deployment in Jordan. He stayed in regular touch with Erica and Charlie and their 2-year-old son, Cormac, whose name honored the great writer, Cormac McCarthy. "Mac" loved to sit in his dad's lap and page through books, a little guy already fascinated by the stars who would sometimes say a quick hello to his "da da" by Skype.

One night, while everyone was asleep, the child slipped from bed and climbed onto a chair, near a window. Thomas believes Mac was trying to see the night sky when a cord from the blinds became entangled around his neck, and took his life.

Erica and Charlie awoke to the impossible. Far from home, Thomas answered the phone to the sound of his wife's voice in such a way that it will never leave his mind. He returned to his family, to a recovery that will never really end. A physician who had spent his life trying to save others endured the most savage education.

“You must confront grief,” Thomas said. “There’s no choice. There’s no outrunning it.” 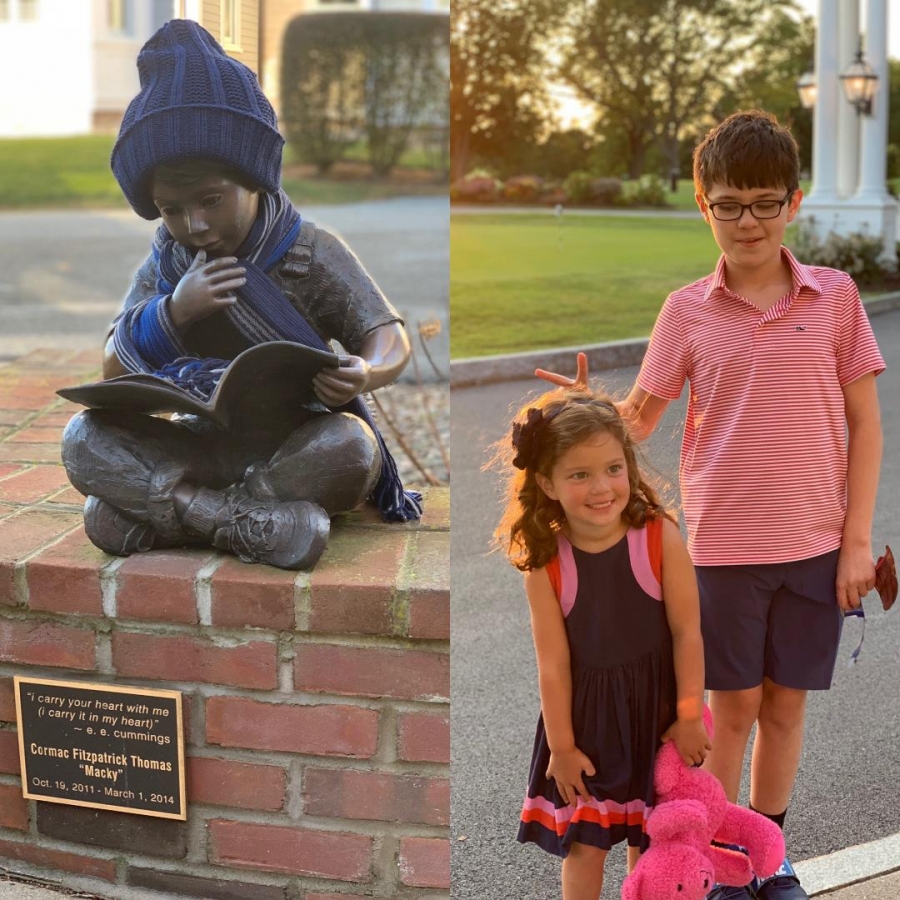 The statue of "Mac" in Chatham, Mass.; Charlie Thomas and his sister, Laney. (Family pictures)

He and Erica discovered they were not alone in having children who died in such a way, and they hurled themselves into national efforts to reform the shade and blind industry. In Mac's honor, they commissioned a tiny statue of their son, reading a book, outside a library in Chatham, Mass., above the words of the poet E.E. Cummings:

Two years later, Thomas retired from active duty. On Endy's invitation, he took the job at Upstate. While he is immersed in efforts to stop a virus of high statistical danger to elderly women and men, he is still, before all else, a dad who lost a 2-year-old.

Amid this pandemic, it comes together as his ethic. 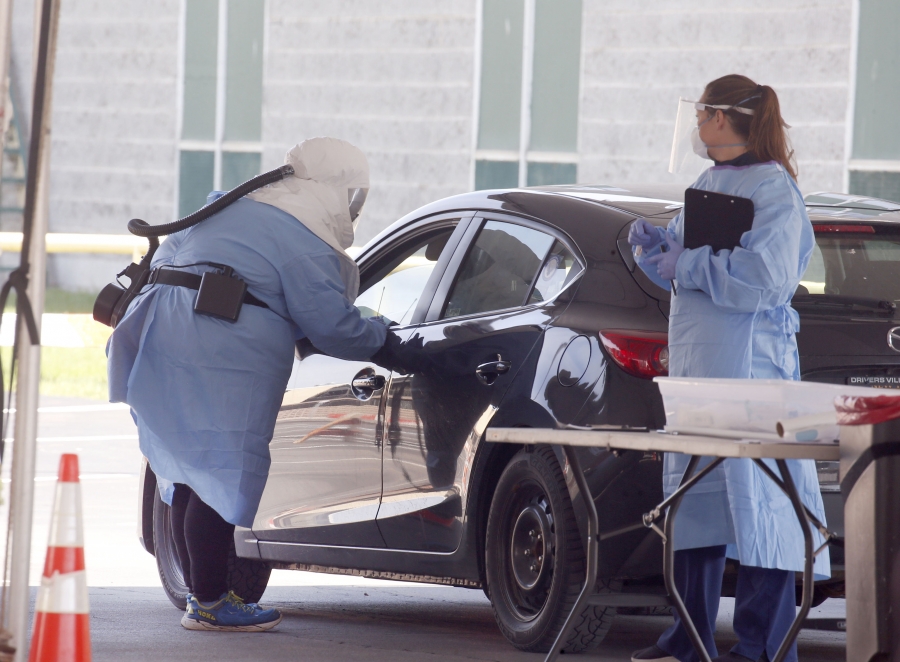 “You lose a child,” Thomas said, “and it’s an incredibly unnatural thing. It goes against the order, and you think about things a lot because it seems connected to everything – who you are and who you’re not – and I have to think about it when I see all the loss going on right now.

“It’s all painful individual stories, all these journeys, the randomness of time. When you lose a young person, a child, you think of all that potential, everything that could have been and will never be and all that is, and that is tragic.

“But then I look at the elderly population, and what’s happening, and everything they’d seen and done and lived and then gone, like cutting down a 100-year-old tree. You see what’s happening in nursing homes and it’s just very disturbing in that all that experience, all that knowledge, all that feeling is lost with each person.”

To Thomas, every patient of any age has an electrifying influence on what he calls a “venn diagram” of interconnected lives. Each day, during this outbreak, he returns to an intensive care unit filled with women and men struggling with the virus, patients whose love and soul shaped their own cascading chains.

Their families, those who love them most, cannot be with them. Thomas, with a searing knowledge of that feeling, has one main resolve as he stands by those beds.

He carries Mac's great heart, joined to an oath of healing.