The first tell came in early March with the cancellation of the annual SXSW Festival in Austin, the kickoff in a series of postponements and cancellations offering a hint the coronavirus crisis was more serious than some had suggested.

The latest indicator came this week, when the Burning Man Festival, slated for the Nevada desert Aug. 30, was canceled for the first time in its history.

The announcement of administrative changes, layoffs and furloughs by Pegula Sports & Entertainment this week – including the company’s vice president of live events – does not bode well for fans hoping to attend postponed events at KeyBank Center and New Era Field, pending shows from the Rolling Stones, Rage Against the Machine, Tool and Billy Joel among them.

In a New York Times roundtable discussion, Zeke Emanuel – vice provost for global initiatives and director of the Healthcare Transformation Institute at the University of Pennsylvania – burst the bubble so many in the music industry have been attempting to live within.

“Larger gatherings — conferences, concerts, sporting events — when people say they’re going to reschedule this conference or graduation event for October 2020, I have no idea how they think that’s a plausible possibility,” Emanuel said. “I think those things will be the last to return. Realistically, we’re talking fall 2021, at the earliest.”

No one wants to hear this, but it arrives on our plate as a tough, chewy slice of truth pie. Eat it or ignore it at will. The reality won’t budge, either way.

It’s time for all of us who plan our summer months around concerts to modify those plans. It seems unlikely we’re going to have much of a concert season, if any at all. Maybe it’s time to accept this, hunker down until things can take place in a safe environment, and get a refund for shows we can’t reasonably plan around at present.

This week, it came to light Ticketmaster slightly modified its policy concerning the refunding of tickets for shows that have been moved due to the crisis. If a concert has been postponed, you won’t be offered your money back. If it has been canceled outright, refunds will be available.

That seems fine, until you realize few shows and tours have been officially canceled. Most of them have been postponed, many without firm makeup dates.  The oft-heard buzz in the music industry suggests things will be up and running again by July. Based on the opinions and time-frames offered by outside, impartial experts, that seems unlikely to happen. If that's the case, an awful lot of concert customer money will be left in limbo.

“Half these promoters have already paid deposits on artists and can’t get their money back either – that’s a very educated guess on my part,” said one area promoter who requested their name be withheld. “On top of that, a lot of festivals/venues/promoters are corporate sponsor-driven and/or beer/liquor sales-driven and don’t have true liquidity. They actually don’t have your money to give back to you. Simple enough. The music supporters shouldn't be the ones to suffer, but they will be.”

This is not a local-only issue, naturally. Journalist Anil Prasad lives in California, and he’s facing the same problem.

“The amoral, anti-fan, anti-ethics business stance Ticketmaster is built upon has never been more apparent than at this moment,” Prasad said. “They have retroactively rewritten their refund policies and illegally applied them without any consultation. They’re clearly hoping no one kicks up a fuss. It will take a class action lawsuit to make them do anything.

“The disposable income spent on these postponed events is now needed for basic groceries and shelter, which Ticketmaster is now withholding from those in need. Utterly shameful. Corporate greed and manipulation at its worst.”

Show me the money

Dave Taylor of Empire State Concerts suggests placing all the blame on the ticketing agencies might not be wholly justified.

“If everyone wants their money back at once, it just becomes an absolute impossibility,” Taylor said. “They can’t return and refund what they don’t have.”

Wait … what? Most of these concerts have been on sale for months. How can they not have the money?

“A company likes Ticketmaster takes in all of this money, it’s true, and it also generates all of this money from interest on shows that go on sale 6 or 8 months or more prior to the show itself,” Taylor said. “But they pay so much of that money out immediately, in order to keep things flowing. That’s how this business works.

“They are using that money for operational costs, from day to day. They also do what are called ‘ticket drops,’ where they make payments to venues based on sales-to-date for specific shows. The venue then uses that money for its own operational costs – payroll, promotions, etc. It becomes more and more difficult to give that money back to the original ticket purchasers.”

The Town Ballroom is offering refunds for all canceled shows, as well as for postponed shows the buyer cannot make.

“We are in a different position than larger venues and larger promoters who are facing some incredibly difficult financial constraints,” said Artie Kwitchoff of Fun Time Presents and the Town Ballroom.

Ticketmaster responded to queries by pointing to the complexity of the money chain, from customer to client to venue and back again. That Ticketmaster's employees are dealing with this while scattered, working primarily from their homes adds to that complexity.

“Typically, event organizers have had the flexibility to offer refunds for virtually all postponed and rescheduled events,” representatives from the company said. “However, the unprecedented volume of over 30,000 events impacted to date, coupled with continued uncertainty over setting new dates while awaiting clearance from regional governments, has led to event organizers needing additional time to reschedule their events before deciding to offer refund options.

“As of today, over 11,000 events, including over 4,000 postponed sports, concerts and arts events, have already authorized refunds. While we cannot guarantee all event organizers will offer refunds on their rescheduled events, we anticipate the vast majority will make a refund window available once new dates have been determined. In addition, Ticketmaster continues to issue refunds for all canceled events.”

For a fan, the relationship seems like a simple one. It's based on a contract between the customer, the artist, and the ticketing agent that acts as go-between. If a concert is postponed from its original date, the contract is nullified, and if the customer wants a refund, the ticketing agency should hand it over. End of story.

However, the live music industry is the product of a complex ecosystem. A crisis like this one impacts people in every part of it.

Artpark Executive Director Sonia Clark said, “I do want to talk to our audiences about the other side of this crisis – the many parts of the music business industry’s ecosystem – all the people who  prepared the programs, musicians, technicians, their agents and managers, equipment providers, transportation companies, promoters who contracted with the artists and worked to make audiences aware of these events, the ticket sellers who provided their services in handling your orders, concessionaires, and the venues that must be staffed and operated and ready to host these events.

“In a situation where everyone lost everything, we each count our part of the loss – audiences lose their tickets and bear the emotional disappointment of not getting to see their favorite artists, musicians lose fees and venues their liquidity spent in preparation toward a future event. In order for us all to be able to look into the future, we all must recognize our part and move forward together.”

If our summer concert season is ultimately largely canceled, how does the concert industry bounce back from this?

“They’re going to be looking for a government bailout,” Taylor said. “Honestly, I don’t see any way around it. If everything is canceled, where does the money come from?” 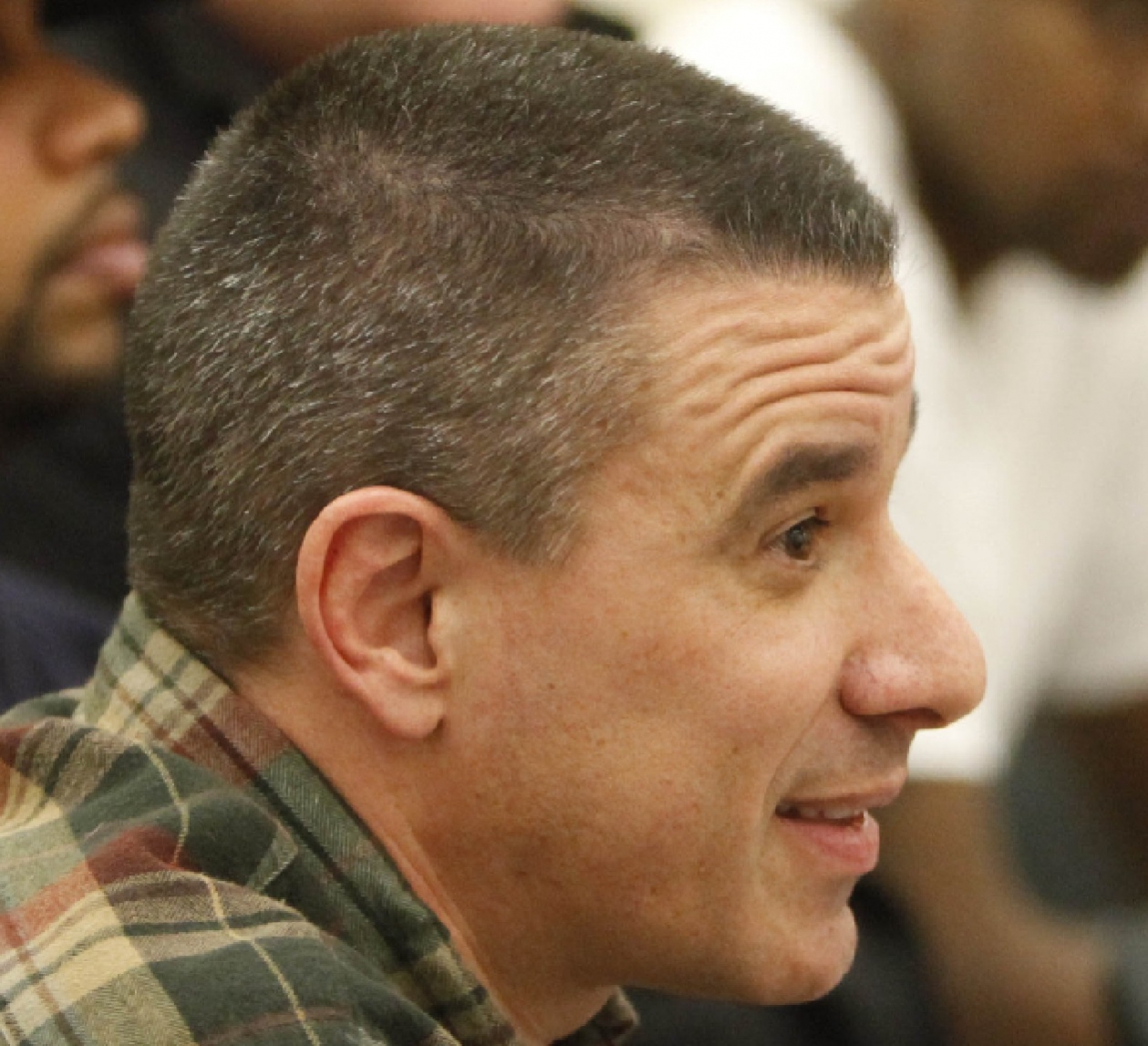 Kwitchoff is quick to point to the precarious position the music industry finds itself in as an impetus for a modicum of patience on the part of consumers.

“It’s just not reasonable to expect full refunds all at once right now,” he said. “Issuing full refunds for every show right now would make a bad situation even worse. It would bankrupt the industry. Every tour, large or small, has a lot of moving parts.

“Right now, the live music industry has to ask all the fans to be patient as artists and agents try to put this puzzle together, while we all wait for guidance from the medical community.”