There was a time when even outside of Bills tailgate parties, Zubaz pants were considered high fashion, and the act of wearing them did not make the wearer more likely to try to divebomb a folding table.

One writer called Zubaz part of the “new, fresh look for the ‘90s.”

According to another story that was reprinted in newspapers all over the country during the summer of 1990, Zubaz pants were “quickly becoming the blue jeans of the ‘90s.”

“Garish and oversized,” continued the Knight-Ridder service story by Georgann Koelln, “the cotton-knit, drawstring-waisted, pajamalike pants have a pull on the waistline of America. Paris, London, and even Warasw have felt the tug, too.” 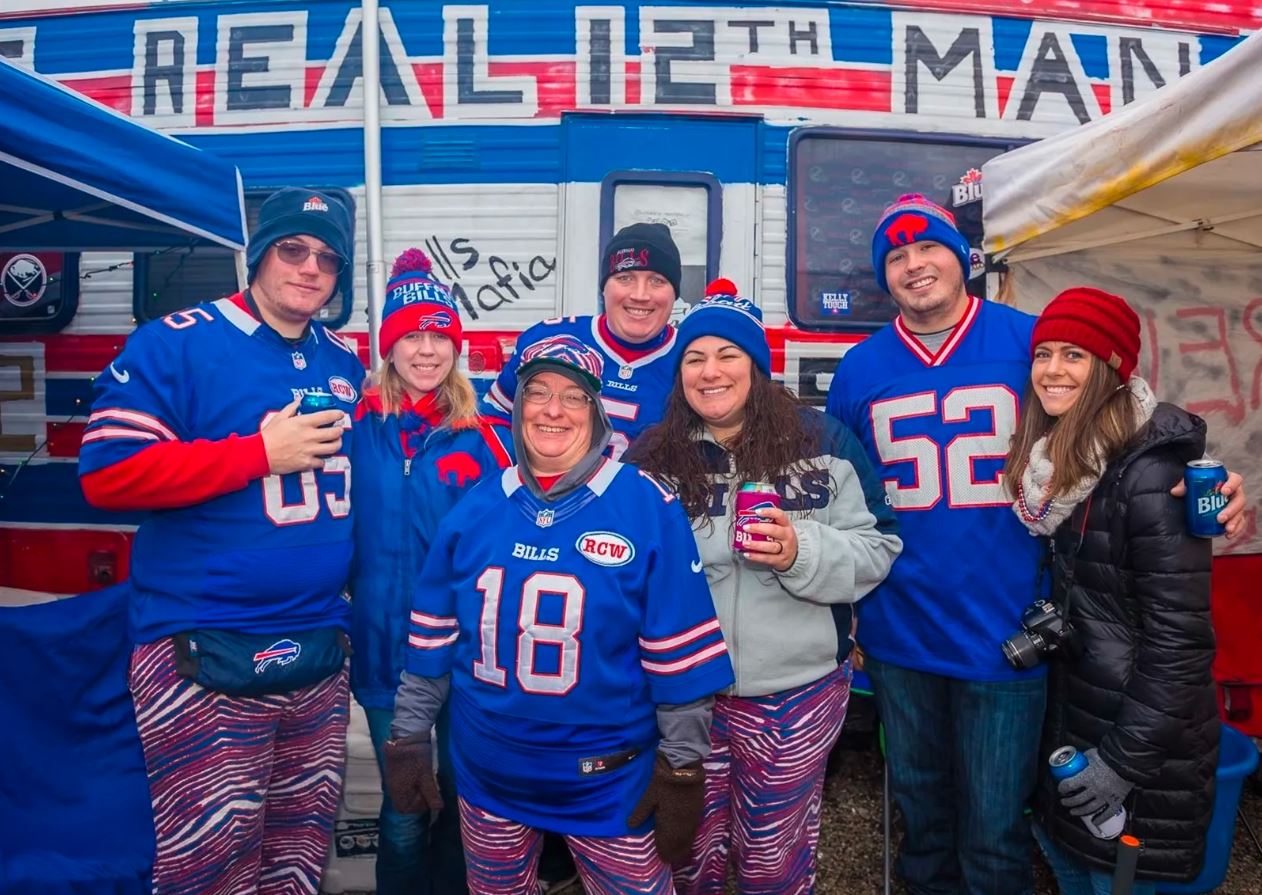 A JC Penney in Wisconsin burned through 3,000 pairs in less than a month, with sales averaging at a 100 pairs-a-day clip.

It wasn’t just one segment of American society, either. Billy Joel, Motley Crue, and Tone Loc had all been spotted in Zubaz when the craze was at its peak in 1990, which was the same year that the NFL licensed a line of Zubaz pants in the colors of each one of the 28 NFL teams.

Zubaz pants were first crafted in 1988 by prison guard Bob Truax and his weight-lifting buddy Dan Stock for ripped, iron-pumping guys who couldn’t fit well into regular jeans. The first pairs were made with off-the-shelf fabric and sewn by inmates at a women’s prison.

Two years later, the stack of orders being faxed in was four inches deep every day. Dan Marino was their paid spokesman, but Jim Kelly and Frank Reich were wearing them, too. The company was churning out about 120,000 pairs of Zubaz every week. 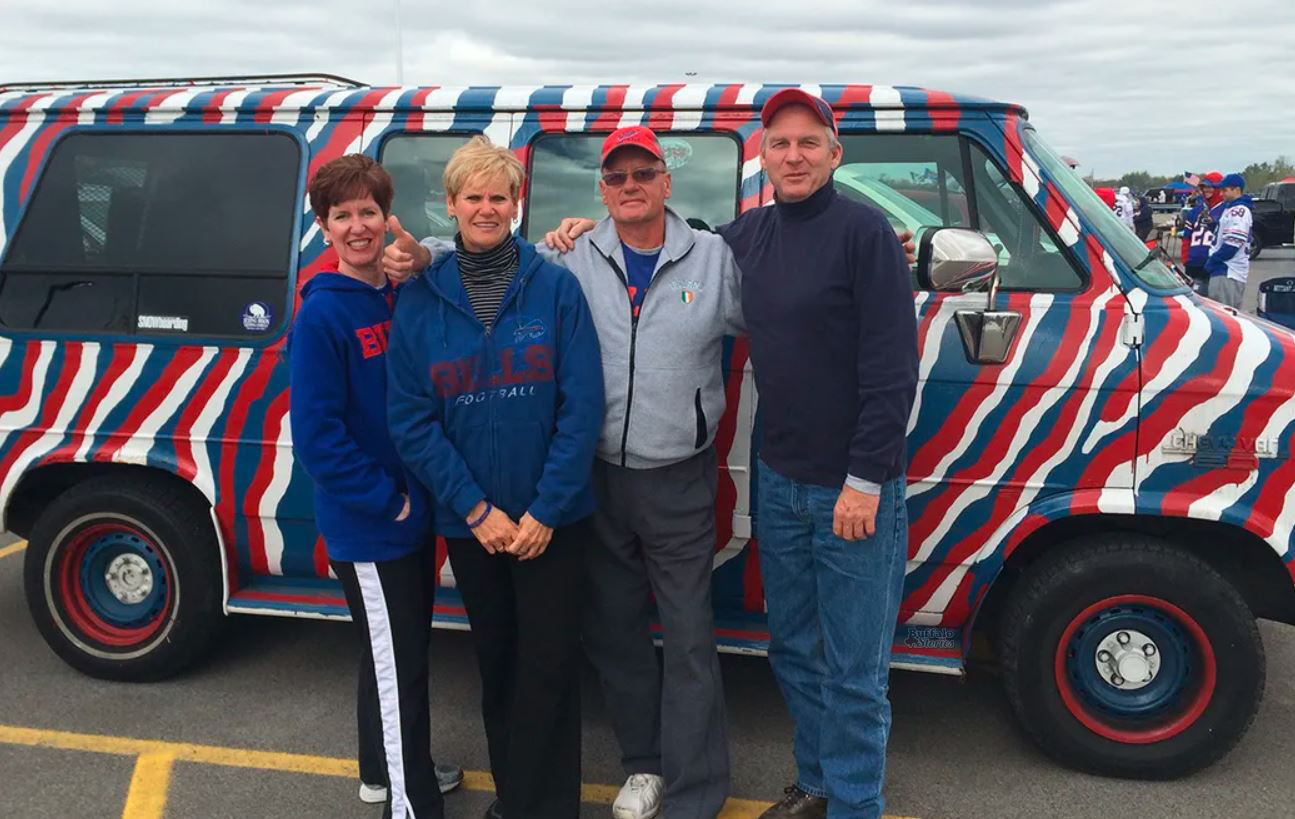 Eventually, even in Buffalo, unless you were at a Bills tailgate party, Zubaz became increasingly rare – although no one was ever truly surprised to see them out in the wild. 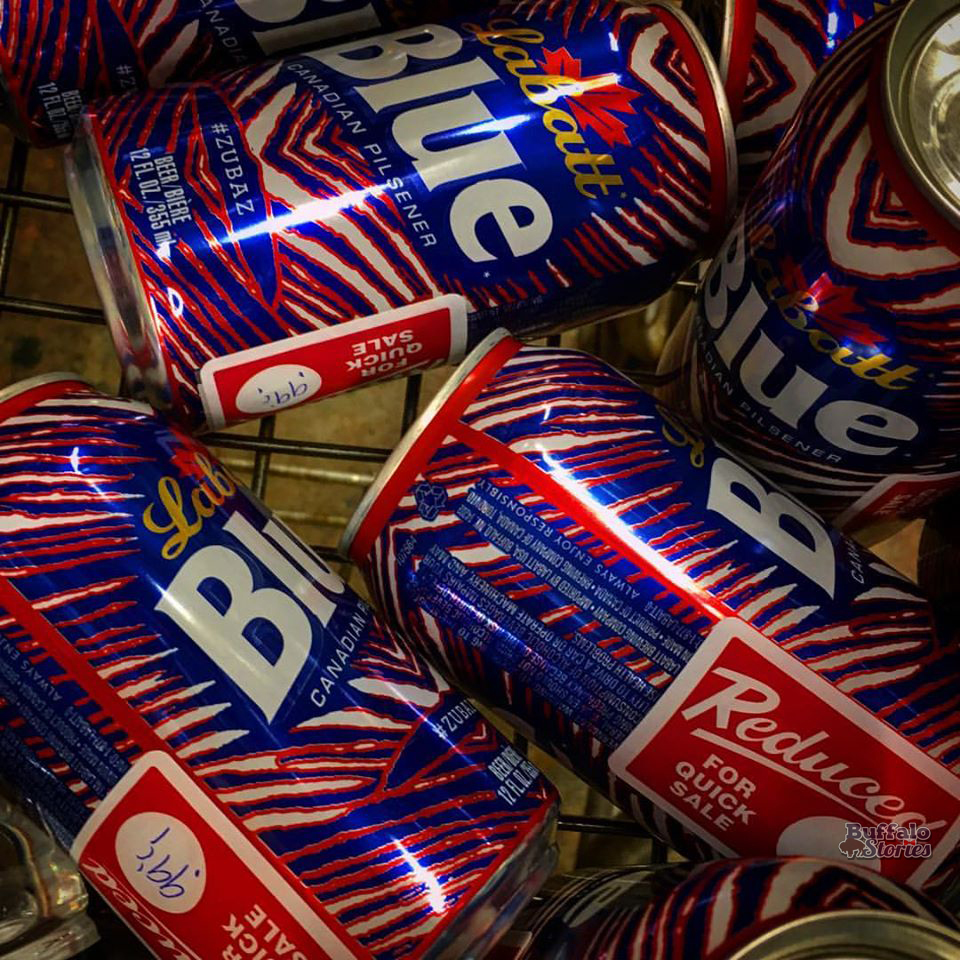 It was the first ever Zubaz store and Western New York was chosen as the site because – as the company told News Reporter Samantha Christmann – Buffalo has been the highest sales market from the beginning.

The store closed in 2018, but Western New York’s appetite for the pants “that look like the hide of a psychedelic zebra and fit like pajamas” hasn’t slowed down since Buffalonians were still learning the words to the "Shout!" song three decades ago.

Going forward, wins and losses might be a tough prognostication for Bills fans, but one thing is sure – there isn’t likely to be a home game without Zubaz for many years to come.