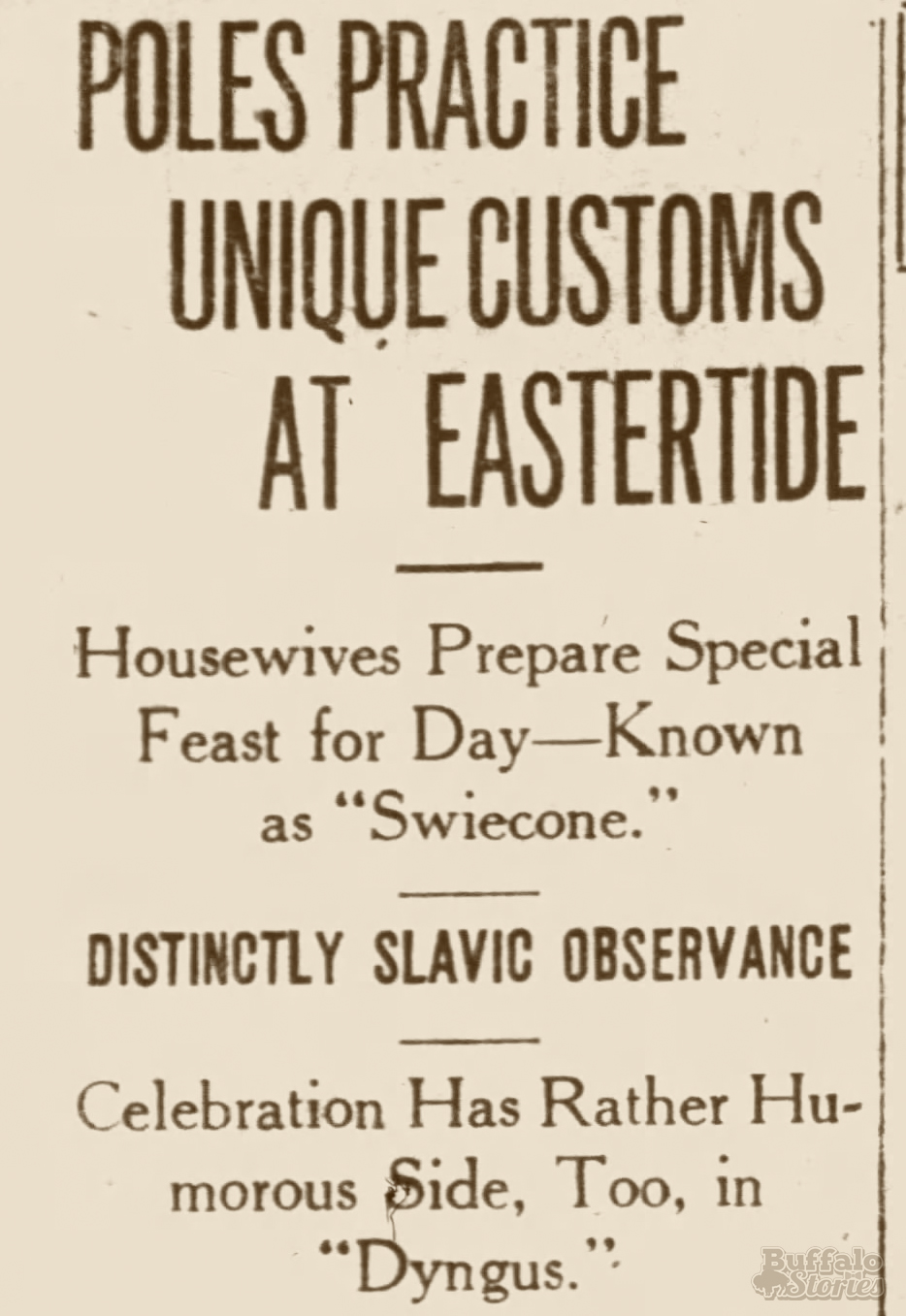 My grandfather, Edward V. Cichon, was born in 1926 to parents who had emigrated from Poland to the tiny neighborhood known as “The Valley” because you had to cross a bridge to get into neighboring South Buffalo, the First Ward, the Hydraulics or Seneca-Babcock.

There was a sizable Polish enclave in the neighborhood and Easter was a special time.

During the years of the Depression, dinner for the family with 10 kids (and usually a couple of boarders) often consisted of little more than lard-fried pierogi and maybe some fresh-caught fish.

My great-grandfather would buy two whole pigs, and the family would join in the processing. Everyone would gather around the kitchen table to make the sausage, and then the older boys would build a fire in the yard, and hang the kielbasa to smoke it along with the other hams and roasts they had butchered as well.

After eating a feast on Easter, the next day the neighborhood boys would climb along the tracks of the Erie Railroad – where I-190 now runs – to cut down wild pussy willows to swat the heels of neighborhood girls, who would in turn throw water on the boys.

Something resembling modern Dyngus Day came to Buffalo in the 1960s. It was explained by the late News icon Bob Curran, as he talked about the goings-on for Dyngus Day 1990. 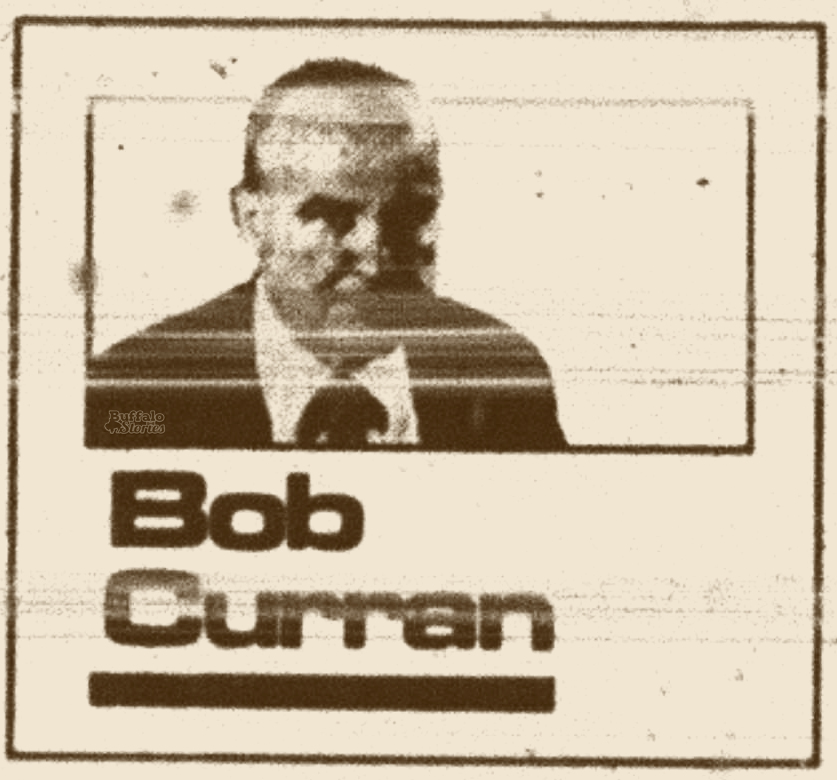 The tradition is alive and oh-so-well in Western New York because of the efforts of Judge Ann Mikoll, her husband, Ted Mikoll, and Ted's brother, the late Jim Mikoll. They revived what was a dying tradition in 1961. When I first visited them at the Chopin Singing Society in 1968, there were few Dyngus Day celebrations in this area.

But the Mikolls never expected they would see the time when Dyngus Day was celebrated in almost as many local restaurants and taverns as is St. Patrick's Day. Or that people would come by chartered bus from as far away as Boston, 430-plus miles away, to join the fun at Chopin's.

Ted Mikoll will be playing an instrument, and Judge Mikoll will be ready to dance when the Baha Polonia Band starts a four-hour gig at noon on April 16. The G-Notes will take over from 4 to 9 p.m., and The Buffalo KNEWSZ band will go from 9 p.m. to 3 a.m.

From noon to 8 p.m., club manager Dan Poczciwinski and his colleagues will serve the Swieconka Buffet that features the two kinds of kielbasa that mean more to some visitors than the pussy willows. 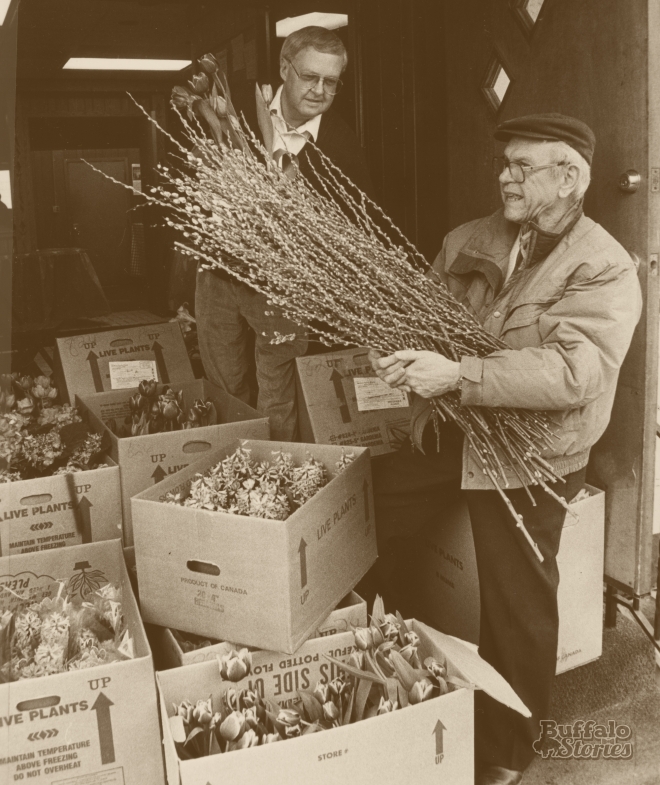 Richard Jezuit and Dan Poczciwinski from the Chopin Society, unload pussy willows at the club’s longtime Kosciuszko Street location in 1991.

It will be a day on which one finds himself wishing there was time to visit all of the places to which he has been invited. Let's look at some of those.

The Depew Polish Falcons are holding their annual Dyngus Day at their fine clubhouse. It was there that I first learned that a hard-boiled egg is even more enjoyable after it has been dabbed with horseradish.

Their entertainment will be provided by the Mix N' Match, Scrubby and Dyna-Tones and Happy Richie and festivities will start at 1 p.m.

The biggest Dyngus Day south of the City of Buffalo will be staged at the Matthew Glab post. The Glab members have been holding their celebration for many years and I can recommend it from personal experience.

At 11:30 a.m., the first annual Dyngus Day of the St. Stanislaus Church Council will begin at the Monsignor Adamski Social Center. Stan Buczowski and Pat Zielinski will be Mr. and Mrs. Dyngus. The affair will be catered by John and Dolores Marchese of the Corner Bar on Gibson Street.

Of course, I don't know any more about how that is going to be than the organizers do. But I do know that the Marcheses and the regulars at the Corner Bar know how to have a good time. 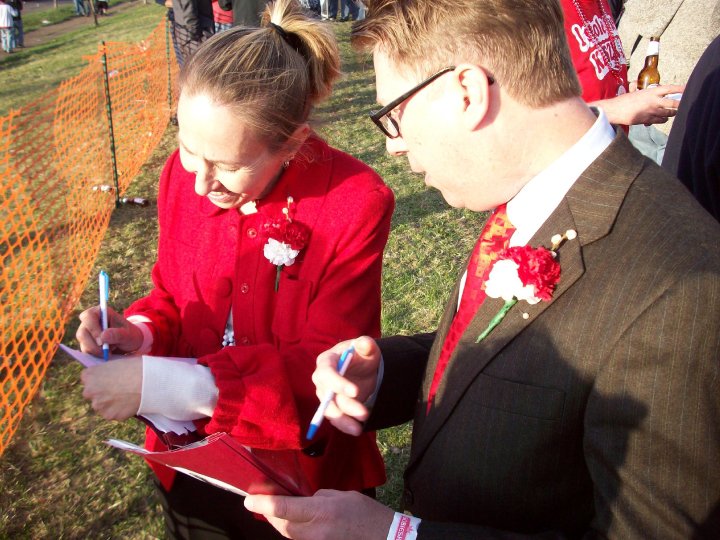 Bernie Pawlak has been holding a clipboard at every Dyngus Day parade since the first one in 2007.

The transformation to today's grand-scale citywide Dyngus Day celebration came from those who had grown up attending parties at East Side landmarks like Chopin Singing Society and the Adam Mickiewicz Library, but also just enjoying the simpler pussy willow traditions, maybe with accordion players wandering the neighborhood mixed in.

In 2005, The News did a story on a website created by Marty Biniasz to promote Dyngus Day in Buffalo. The East Side native called the site “the first phase of a marketing plan that envisions growing the city's Easter Monday celebration into one of the nation's premier ethnic festivals.”

In the years following, there was a parade, a party inside the Central Terminal, and the Edward M. Cotter – America’s oldest fireboat – was commandeered as America’s biggest squirt gun, which is how the water end of the pussy willow tradition has been delivered for years now.

By 2010, Dyngus Day had moved beyond a quirky ethnic celebration that The News might chronicle with a small story or a photo on the Picture Page, to become a front-page story each year with hundreds of thousands celebrating. 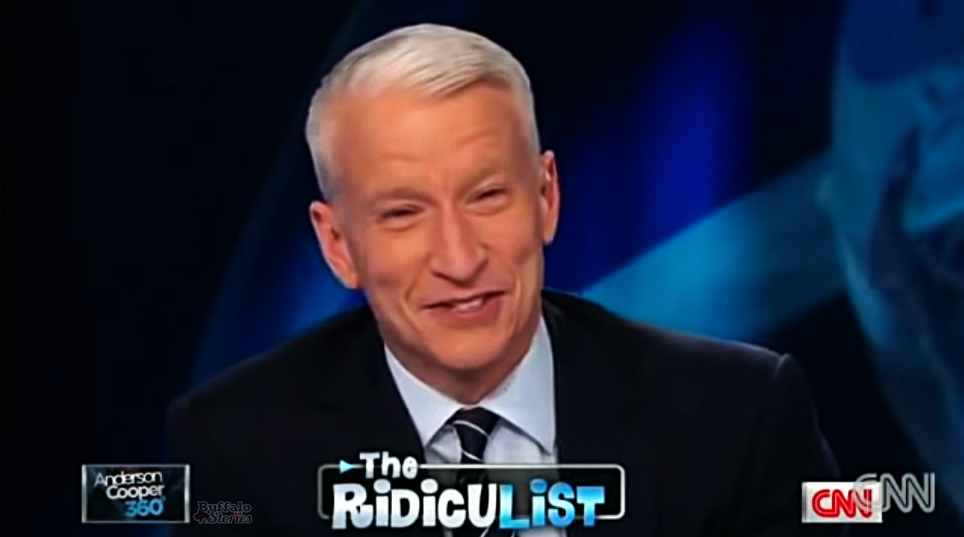 “It’s really so stupid,” said CNN’s Anderson Cooper while giggling through a story about Dyngus Day in 2012. He later apologized.

The future of Dyngus Day as a Buffalo fixture was all but cemented when CNN anchor Anderson Cooper laughed about Buffalo’s Dyngus Day party on his show in 2012.

The entire city got its “Talking Proud” dander up, and with a new chip on our shoulders, wearing red, drinking beer and dancing the polka on the day after Easter became an even more Buffalo thing to do.