From early June through September, hundreds of festivals are fixtures of Western New York's glorious summers.

But already Covid-19 has taken its toll on the earliest of our festivals. Greek Fest: postponed. Juneteenth: canceled. Buffalo Pride Week: postponed. Allentown Art Festival: canceled. And those are just some events scheduled in June.

Organizers for many of the festivals and fairs in the middle of or in late summer are waiting to see what happens with social distancing and government edicts.

"We’re going to hold off until the first week of May before we make any kind of decisions," said Mark Sciortino, spokesman for the Italian Heritage Festival, scheduled for July 18-19.

"The reality is, in all likelihood, (the decision) probably will not be made by us. We have to abide by what what executive orders are coming out of Albany," said Eric DuVall, spokesman for the Taste of Buffalo, which is scheduled for July 11-12. "We'll be announcing a decision one way or another fairly soon."

If the final decision is to cancel until next year, they likely will feel the same angst that organizers of the Allentown Art Festival did last week. The festival will put links to the artists' work on their website to help showcase them. But it was a gut-wrenching decision to cancel an event that attracts more than 200,000 people, said Rita Harrington, president of the 63rd festival.

"There was a lot of tears between us and the artists, believe me," she said of the decision to cancel the event scheduled for June 13-14. 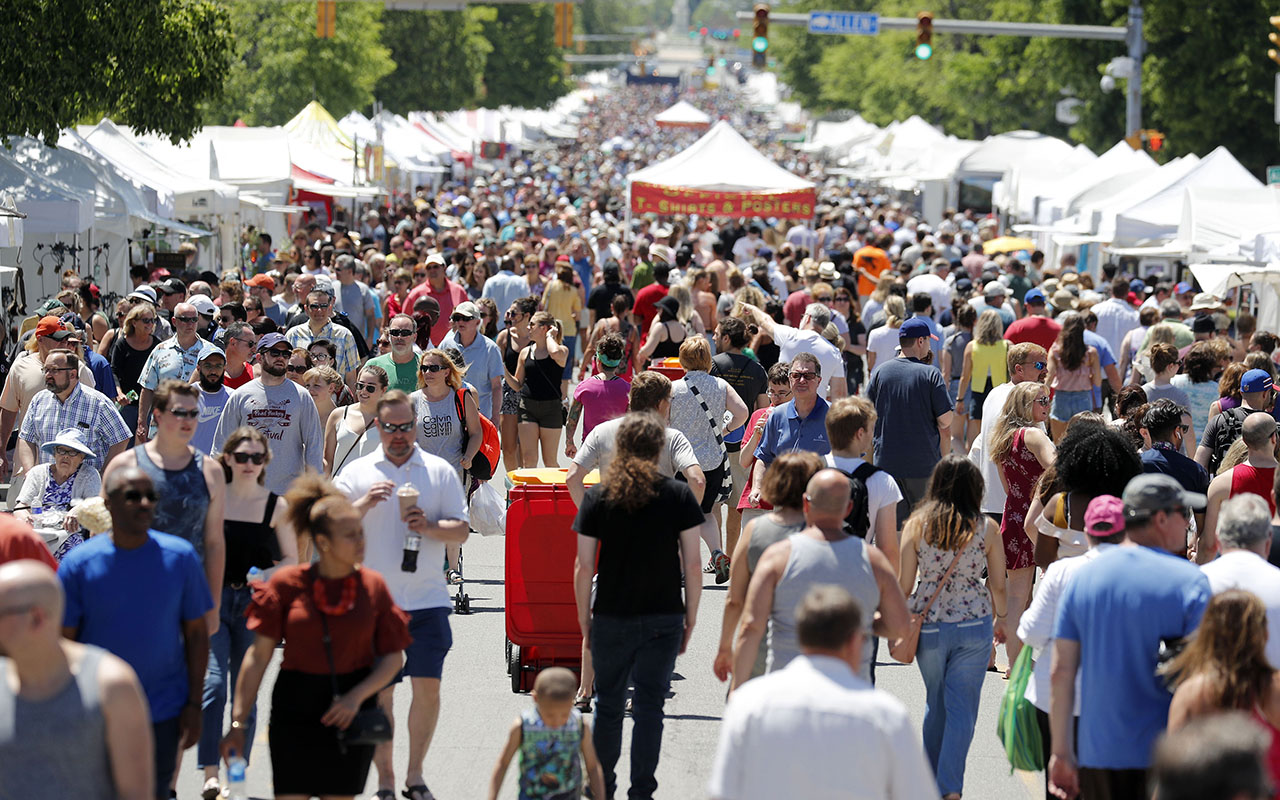 But the potential harm that could come from people shoulder to shoulder in the hot June sun outweighed the consequences of canceling.

Garden walks, including Buffalo's, are still on for now, according to Gardens Buffalo Niagara, which organizes many of them, adding it will follow all federal, state and local guidance.

Organizers of the Juneteenth Festival had hoped to postpone the event, but found that Martin Luther King Jr. Park was booked later in the summer. It also was difficult to plan because of the uncertainty that large gatherings would be permitted then, said Marcus Brown, president of the festival that celebrates the end of slavery.

He said there also was the concern that with the economic uncertainty, it could be asking the community too much to support the vendors, although he's also worried about the vendors who won't get the festival business. The committee is hoping to find a way to conduct the health fair that usually is part of Juneteenth, particularly since the African American community is hard hit by the coronavirus.

Organizers at Annunciation Greek Orthodox Church, whose Greek Festival kicks off Buffalo's festival season every year, postponed the event, which was scheduled June 5-7.

"Ideally, we’ll hope to do it in the fall, maybe, late September. This is not certain because we don't know how things will develop," said the Rev. Christos B. Christakis, presiding priest at the church.

Like many of the festivals and fairs, this one is a fundraiser. But beyond that, it brings church members together as they volunteer long hours to put it on. It also is a way to open the doors of the church to the community, Christakis said. But, he said, there are more important things.

"In Buffalo, we love our festivals," Christakis said. "The time will come for celebration."

Events later in the summer are waiting to see what develops.

"A month ago we would not have been having this conversation. So who knows a month from now where we’ll be," he said.

He said the church needs at least two months lead time to make the final preparations for the festival, so a decision will be made soon.

The Erie County Fair, which draws about 1 million people over 12 days in August, is planning for this year's fair, but knowing it may not occur, CEO and manager Jessica Underberg said. 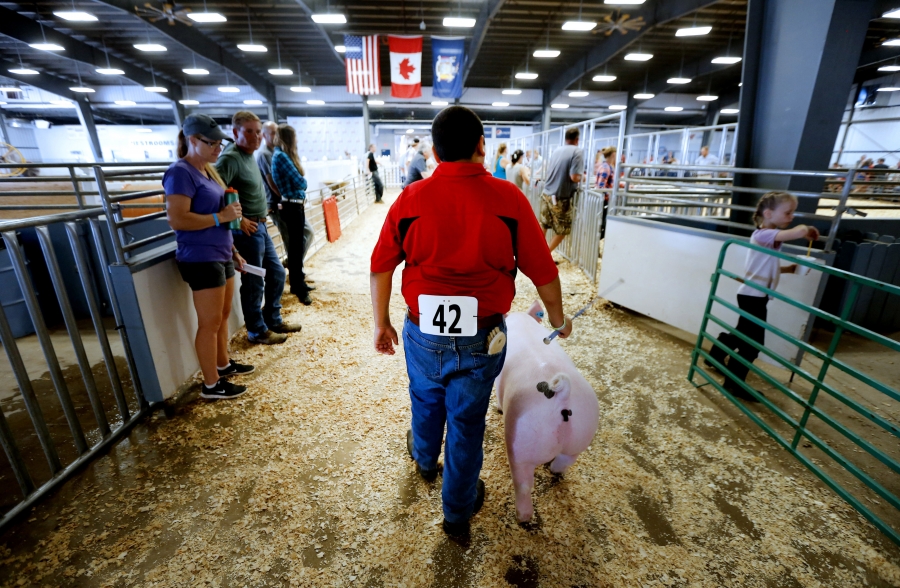 She's getting calls about whether youngsters should purchase their market animals to show and sell them, and the chrysanthemum supplier has to know now whether the fair will need the flowers in August. All good questions.

Here's another one: If the fair does get the government OK to go on, what if there is a crisis of confidence among fairgoers?

Planning continues for Buffalo's summer-ending signature event, the National Buffalo Chicken Wing Festival on Labor Day weekend. But how many sponsors and restaurants would be on their feet to participate by then is another question, said founder Drew Cerza.

Cerza said a decision will have to be made around the middle of July.

But he's determined to be creative, within guidelines that might be issued later in the summer.

"For me not having a wing fest is like Santa Claus not having Christmas," he said.

And to many, will not having our festivals of summer be like having no summer? 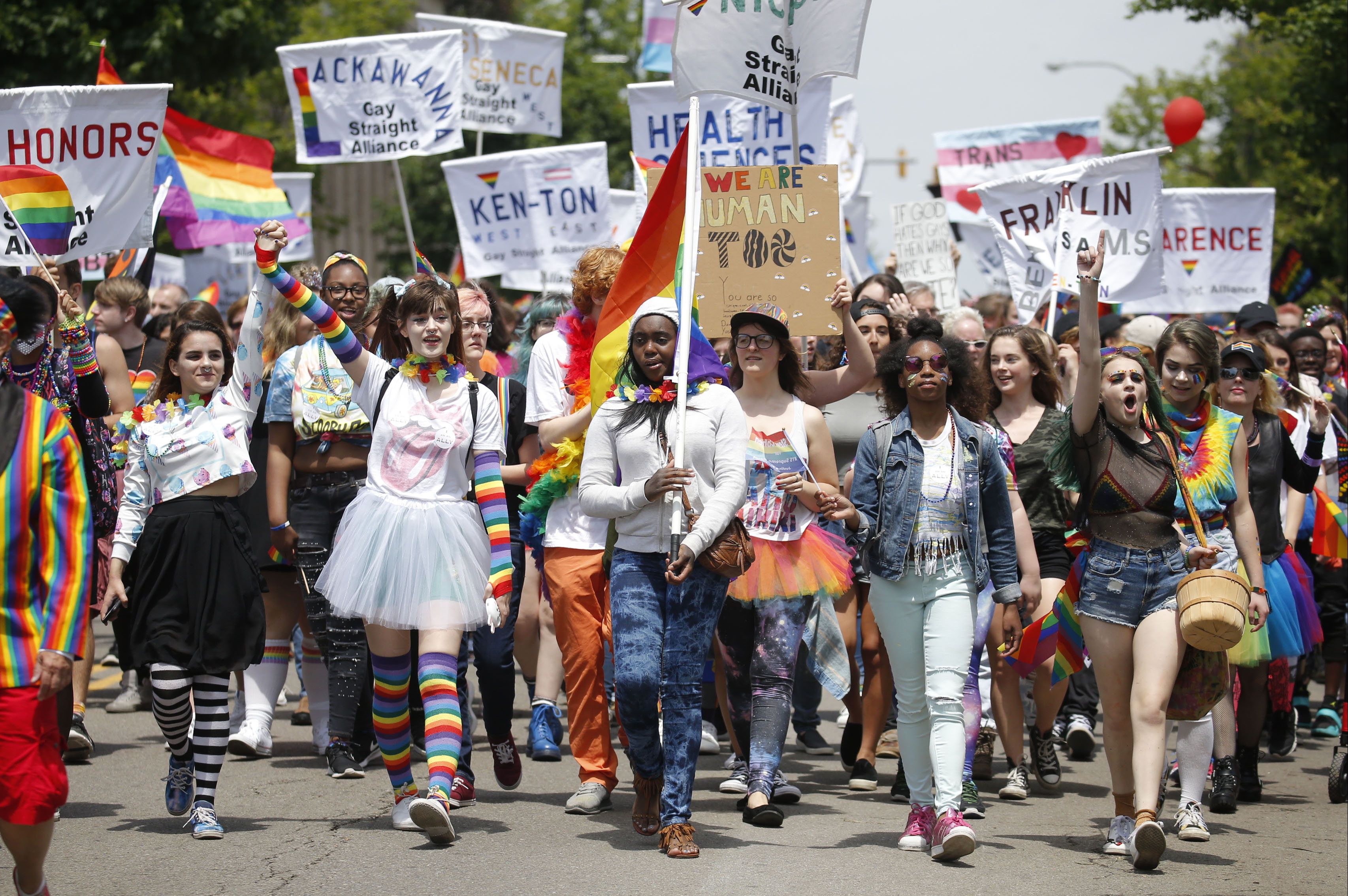