But for nursing home residents and the public, finding out if there is a big outbreak of the novel coronavirus in a nursing home can be difficult.

Some Buffalo area nursing home operators are keeping their number of Covid-19 cases a secret even from residents and their relatives.

At Garden Gate, a 184-bed facility in Cheektowaga owned by the McGuire Group, the nursing home is divided into two sections, with one wing devoted to residents who are infected.

Donna Lee, whose mother tested positive, said Friday she has not been able to get an answer from Garden Gate officials on how many other people in the facility have tested positive.

“I was told by a nursing supervisor the number is ‘significant.’ When I asked, ‘You can’t give me an exact number?’ the supervisor said, ‘I can just say it is significant,’ ” said Lee, of Springville.

Charlee Clark moved out of Garden Gate on Thursday to live with her daughter, Jennifer Page, in Buffalo because of concern over the number of Covid-19 cases there, according to Page.

Clark, in a phone conversation Friday evening with her daughter and The Buffalo News, said a worker informed her that 36 residents, including her, had tested negative for the virus, but that many other residents were showing virus symptoms. 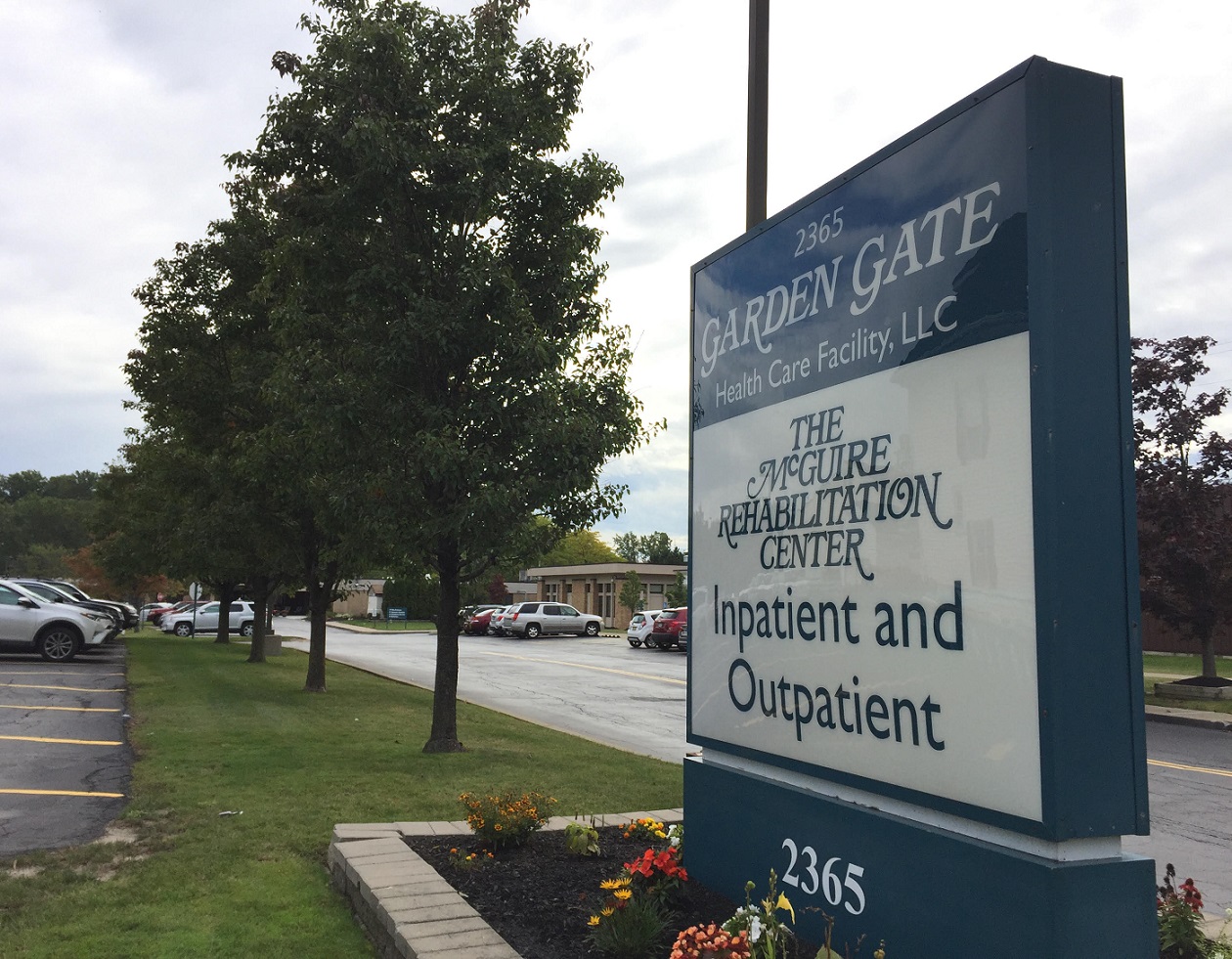 “The guidance we are getting from the DOH and CDC is not to release specific numbers,” said Edward Farbenblum, the majority co-owner of the group’s homes.

That's contrary to what the state Department of Health said Friday.

“To be clear, the department’s nursing home guidance does not prohibit facilities from publicly releasing the number of Covid-19 positive cases," said Jeffrey Hammond, spokesman for the Health Department.

“However, many operators are walking a fine line between providing reliable and timely information, while still protecting the personal and private health information of residents who call these facilities home,” Hammond said.

But she declined to say how many cases each facility had, saying the number was "fluid."

In contrast, Catholic Health disclosed on Monday that 41 residents at its Father Baker Manor nursing home in Orchard Park had tested positive for Covid-19, as had 25 workers there.

According to state Health Department guidelines issued last Saturday, nursing homes must notify all residents, their families or loved ones on the same day that it learns of a suspected or confirmed case of Covid-19 involving anyone who has been in the nursing home.

Lee says she is the “primary responsible party” to whom the nursing home is required to report matters involving her mother – Barbara Celotto, 81, who suffers from a form of blood cancer and a heart condition.

“I’ve not gotten one of those calls,” Lee said, adding that she called Garden Gate’s director and assistant director of nursing requesting that information Friday and has not received a return call.

Farbenblum said, “We talk to over 100 families a day. We keep them updated every day.”

Lee and advocates of nursing home residents say it is important that nursing homes be transparent in this unprecedented time of a public health crisis.

The state Health Department also refuses to identify by name the nursing homes where Covid-19 cases and deaths have occurred.

"We want to protect the privacy of the people in the nursing homes," said state Health Commissioner Howard Zucker on Wednesday at Gov. Andrew Cuomo's daily Covid-19 briefing.

The Buffalo News has filed a Freedom of Information Law request for that data.

The sharp hike in nursing home residents' deaths due to Covid-19 underlines the growing crisis among the approximately 96,000 residents at the state’s 613 nursing homes.

Overall in Erie County, the number of coronavirus cases a week ago was 802. As of Friday, that number had increased by 87% to 1,498.

But in Cheektowaga, where Garden Gate nursing home is located, the number of cases throughout the town jumped 147%, from 57 last week to 141 as of Friday.

And yet the numbers are only an indication of the spread of the virus, according to Kara Kane, public information officer for the Erie County Health Department.

“Keep in mind these numbers do not reflect the true prevalence of this disease,” Kane said. “They are reflective of the testing.”

The number of tests have been limited because of supplies, according to health officials across the country.

Stephen B. Hanse, president of the NYS Health Facilities Association, said that the frail nursing home population is not considered a top priority for testing.

“Long-term care facilities desperately need priority testing and personal protective equipment, if we are to stop this virus,” Hanse said.

Advocates: Public has right to know

Advocates for nursing home residents, along with Assemblyman Richard Gottfried, the longtime chairman of the Assembly Health Committee, have spoken out on the need for the state Health Department to identify nursing homes where Covid-19 cases have occurred.

Lindsay Heckler, the supervising attorney at the Center for Elder Law and Justice in Buffalo, said families involved in selecting a nursing home for a loved one need to know what is going on in the facilities they are considering.

“They have the right to know whether the proposed nursing home has positive cases and what precautions are in place to prevent further spread,” Heckler said.

In Rochester, the Elder Justice Committee of Metro Justice sent a letter on Friday to Zucker demanding statistical information for each nursing home with Covid-19 cases.