Jillian Jasinski was a nurse at Buffalo General Hospital when she met a doctor from Houston who was doing his residency there. They fell in love, got married and now live in Rochester, where this week he began work in an intensive care unit for Covid-19 patients.

They worried, before he started, about the potential for his bringing the virus home. She has Type 1 diabetes, which increases her risk of contracting infections. And they have a 22-month-old son they want to keep safe.

They agonized for days. Should he live in their basement? No, it shares duct work with the rest of the house. Should he rent an apartment? Maybe, but short-term leases were in short supply.

“It became very stressful for us,” Jasinski said. “I was on edge. My anxieties were building, and I was starting to get angry.”

Then the broker who was helping them look for apartments mentioned a report she had seen on CNN that just might provide a solution to their predicament. And today that solution sits in their driveway.

It’s a 25-foot Forest River Grey Wolf recreational vehicle, for their use, free, for as long as they need. The RV belongs to a family from Fairport they had never met.

It’s part of a growing national trend sparked by a Facebook group called RVs 4 MDs that matches health care workers with RV owners. Think of it as Tinder for motor homes.

The idea is to allow front-line health care workers to live at home and away from home at the same time, for the sake and safety of their families. The Facebook group has grown in little more than two weeks to more than 23,000 members. Some members are looking to borrow an RV, and some are looking to lend one.

“It’s such a heartwarming moment to see such selflessness all across the country,” Jasinski said. “It’s just everybody pitching in and doing something that I never in a million years would have thought of. Such a simple concept, and yet so effective.” 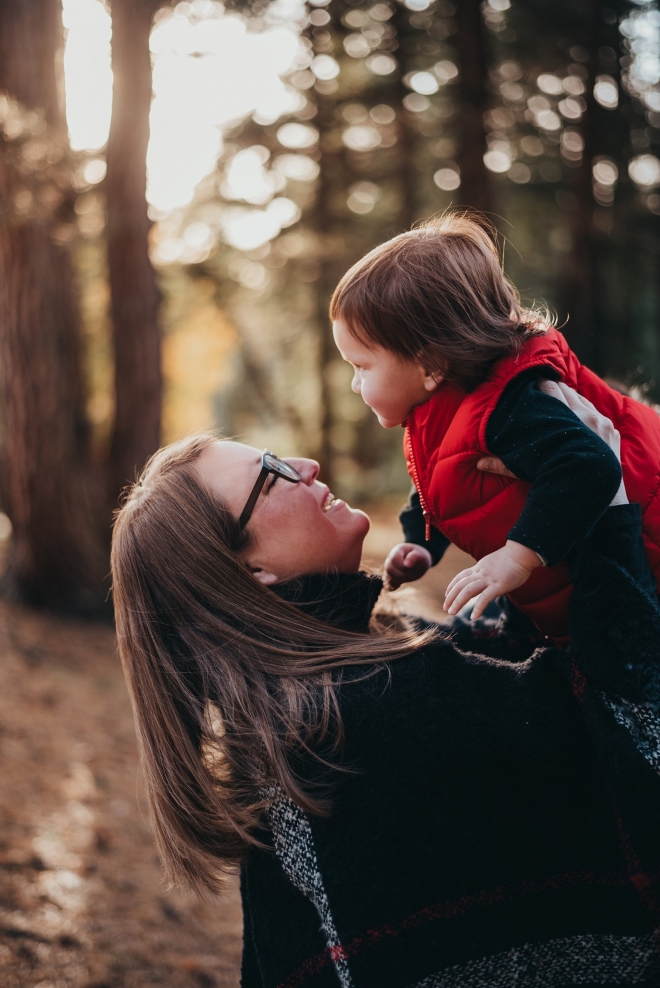 The former Jillian Jasinski of Depew with her son Elliott.

Jasinski, who stepped away from nursing when her son was born, is using her maiden name here because her husband prefers not to be identified for this story. She grew up in Depew and went to college at SUNY Buffalo State, Trocaire and Daemen.

She was a recovery-room nurse at Buffalo General in 2011 when she went to a colleague’s birthday party and hit it off with another guest there.

“We knew each other from work, but just for a friendly hello,” Jasinski said. “But then we met at the party and got to know each other better. And the rest is history.”

They married in 2013 and moved to Houston, near his parents. But Jasinski soon found that she missed her roots.

“There’s no place like home,” she said. “There’s a culture in Buffalo and in Rochester that’s different from everywhere else. It took my husband a while to realize that, too. Close-knit neighborhoods. People always helping each other.

“I always used to complain in Houston that it was hard to, like, find someone to fix your car who you could trust. But here you would always know someone who knows someone whose brother’s cousin’s uncle fixes cars. There’s always a lineage here of people who know each other, and it just feels comfortable and safe. And that’s why I missed being away.”

Her mother lives in Buffalo, about an hour away. “In Houston,” Jasinski said, “that’s how long it takes to get anywhere anyway.”

Not that they will be driving the RV to Buffalo, or anywhere else. It’s a crash pad for her husband to sleep and shower in, and for their son, Elliott, to spend “window time” with him.

“He gets back from work late and goes in early, so it’s tough, but this is the best option we have right now,” Jasinski said. “At least we know that when he’s here, he’s close.”

Jasinski joined RVs 4 MDs last week. “And within minutes — and I mean literally minutes — this woman from Fairport contacted us.”

The RV owners are Michael and Kathleen Breen; she found the Facebook group and noticed someone in need nearby.

She and Jasinski spoke on Thursday. The Breens got it out of storage and set about de-winterizing it. Sunday morning they drove it 25 miles to Rochester and set it up in the driveway. Leveled it. Ran a hose to the faucet. Plugged it into the garage.

And, presto, a home away from home, but only steps away.

“We would never have met Kathleen and Mike if not for this,” Jasinksi said. “And they are genuinely sweet and adorable, just very giving and loving people.”

“We have a hard time with the gratitude part,” Kathleen Breen said. “It’s just something we wanted to do. I think it’s helped us as much as it’s helped them.”

“We wanted to do something. This is a time when there’s very little you can do.”

“Before I found that group, I was like Charlie Brown walking around with a cloud over my head,” Jasinksi said. “And now I’m part of this group from all across the country who are doing the best they can for all of us. It’s humbling and amazing.”