Aurubis Buffalo's brass and and copper mill is running.

Niagara Transformer is still in production.

While much of the local economy remains at a standstill, many area manufacturers are continuing to produce.

The companies are classified as essential businesses by New York State, allowing them to keep running while so many other businesses have shut down their operations.

Three of the region's largest factories – two of them run by General Motors and one by Ford Motor Co. – are closed for now, under an agreement between the United Auto Workers and the automakers after the union raised concerns about operating during the coronavirus outbreak.

But other manufacturers roll on. Some of them are even hiring at a time when unemployment claims are swamping the state's filing system.

Peter Coleman, executive director of the Buffalo Niagara Manufacturing Alliance, said over 60% of the group's member companies were still operating, while taking precautions.

"Inherently, when you're working on a factory floor, there is significant social distancing that occurs, just because of the way we do work today," Coleman said. "We average about 400 to 500 square feet of space per employee, which gives us on average over 15 feet of distance between a worker."

During a recent media briefing, Erie County Executive Mark Poloncarz was asked his thoughts on the many factories still operating, with their employees traveling between home and work to their jobs.

"I'd prefer they weren't," Poloncarz said. "I don't have the power to stop them because they have, to my understanding, exemptions from New York State."

Dr. Gale Burstein, the county's health commissioner, recommended that when those manufacturing workers return home, they immediately put their clothes into a washing machine.

"You don't know what could have become attached to their clothes, some virus or bacteria," she said.

Sumitomo Rubber USA has been producing tires at its Town of Tonawanda plant. But the company announced Thursday it will shut down the facility for two weeks, effective April 20. That shutdown could be extended by an additional week.

The plant has 1,300 employees. "While we take our designation as an essential business seriously, we strongly believe that this temporary closure is both the responsible course of action and the right thing to do," said Sumitomo Rubber USA's CEO, Yasutaka Li, in a message to employees.

Here is a look at how some other local manufacturers are functioning in uncommon times:

"A lot of the health care equipment they're making now, our electronic connection products end up in those," Snyder said. The plant also has defense contracts, among other essential business categories it supports.

Aurubis Buffalo has about 600 employees. The majority of its white-collar workforce is working from home. Its production workers are spread among three different shifts.

"It's a huge facility and we're not anywhere near the employment levels that we used to be, so any given person has quite a bit of personal space in this heavy manufacturing environment," Snyder said.

Joe Vertalino, a representative with Steelworkers District 4, said the union is "grateful that they're considered an essential business and that they continue to stay open to keep our members working. We feel that they could do a little bit better with regards to [plant] cleaning and supplying our members with the supplies they need to sanitize and keep themselves healthy."

Snyder said the company had taken steps to address those concerns, including hiring additional cleaning staff just to disinfect surfaces in the workplace, and making available hand sanitizer and disinfectant to employees around the facility.

• Cummins. The Indiana-based company operates a sprawling engine factory near Jamestown, in Lakewood. Its engines are used in over-the-road trucks, among other applications.

"It is critical that we keep our manufacturing, technical sites and service branches open," said Katie Zarich, a spokeswoman. "Cummins provides a critical service to keep our communities up and running."

Among its workplace safety enhancements: increased cleaning and disinfection practices, including at each workstation, break rooms and restrooms, among other places. There are also entry screenings for workers, including a series of questions and temperature checks, Zarich said.

• Niagara Transformer Corp. The Cheektowaga facility makes transformers, which customers including National Grid use to keep the lights on and the power flowing, said John Darby, the company's president.

Niagara Transformer has had to get creative about some of its processes. For instance, the company coordinates input from engineers working remotely in the United States, as well as some who are in Canada and China.

"We also need to coordinate with our supply chain partners, so they are continuing to support us with parts and supplies needed to feed our production group," Darby said. 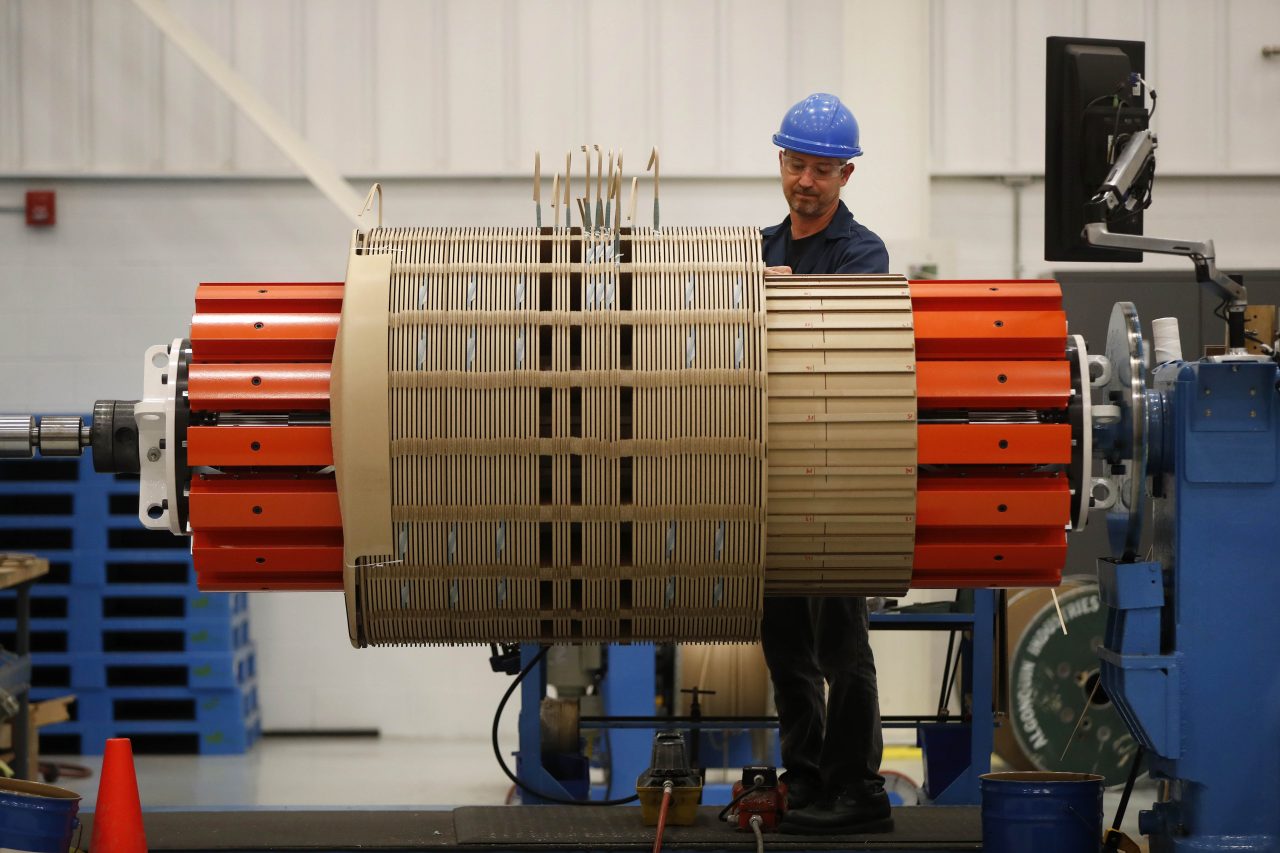 Niagara Transformer says it has a strong backlog of orders to fill. (News file photo)

Niagara Transformer is hiring for a variety of positions and is inviting applicants to contact the company by email, at plant.jobs@niagaratransformer.com. The company has a strong backlog of orders to fill, Darby said.

"Certainly each day has been eventful, but we are so blessed compared to a lot of companies out there that we are trying to stay positive and keep focusing on real-time problem solving and executing for our customers who are relying on us to come through for them," he said.

The company wants to hire maintenance mechanics, machine operators and supervisors, Sheff said. Applicants can connect with the company at lactalisamericangroup.com/careers.

• Moog. The Elma-based motion control equipment maker is among the region's largest manufacturers, supplying a range of industries, including defense and industrial projects.

"While many employees are working at home, we have production facilities operating in accordance with local, New York, and federal guidelines and have taken measures to ensure the health and safety of employees," said Ann Luhr, a company spokeswoman.

• General Mills. The company's downtown Buffalo plant continues to produce cereal, as customers stock up on groceries and stay home. And now Minnesota-based General Mills is offering healthy office employees an opportunity to provide temporary help in its factories, if they so choose.

The company said a daily bonus will be provided to production-essential plant employees who work on-site. "This will be in effect for a minimum of four weeks and will continue to be evaluated as the situation evolves," the company said.

In keeping with social distancing, General Mills is encouraging employees at its plant to take their breaks in places like personal vehicles or conference rooms, rather than using community areas, said Kelsey Roemhildt, a spokeswoman.