One woman says her husband’s increasingly unruly white hair makes her feel like she's living with Sen. Bernie Sanders. Another says she ordered shears online to cut her own hair. A man jokes he's getting close to a man-bun stage.

And for all those people with roots beginning to appear since their last salon visit?

It’s been nearly three weeks since hair salons and barber shops were ordered to close down in New York.

Now, bangs are getting longer. Hair color is fading. And, yes, roots are showing.

While some people are tempted to reach for the nearest scissors or gray coverage product, others have decided they can hold off until salons are allowed to reopen. 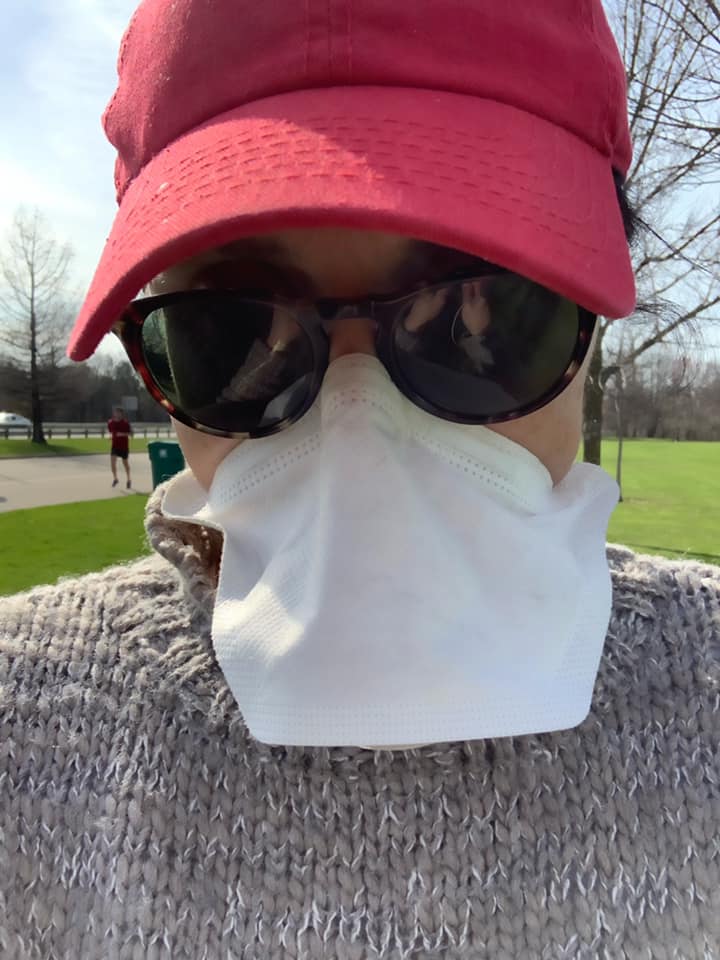 “I’m waiting it out from doing my roots – looks horrible, but feels great to give my head a break from all the chemicals. Wearing a hat to all Zoom parties,” said Constance Mae Caldwell, a real estate broker and “Off Beat Cinema” host, in a Facebook post.

Pamela Yondt-Witte is taking a similar approach: "I'm also waiting it out with color. In the big picture, it's really not that important if we have some gray showing. But I do confess I used a small pair of nail scissors to trim my bangs."

Joanne Dobies Tanner also is making some hair decisions. “I’m waiting it out, but I touch up my own hair normally, so I am doing the same. I guess it’s time to grow out your old 'dos. I can do dyes, but I wouldn’t dare try to cut my own hair,” she said.

Not so with Joan M. Bukowski, who said she owns a pair of scissors.

“Bought a set of shears online. Roots are not really an issue for me. I was supposed to go in for a cut last week. I sent her a check anyway and told her I was going to DIY it. Fingers crossed she isn't too horrified. Hair grows. I’m not worried about my poor skills,” said Bukowski, who’s on the faculty at SUNY Erie Community College North Campus.

Similarly, Louise Yots is no stranger to scissors.

“I do not color my hair. I had a good haircut before we left for vacation in February, but when a pair of scissors is left out, I give it a trim,” she said.

Not so much anymore.

“It stands up on its own, and even wearing his famous berets, it tells you something nasty is happening underneath," she said.

“In order to keep our sanity while staying at home, we have kept our sense of humor, as well. While watching TV, I took a look at Bernie Sanders and a look at Tom and realized they had something in common – their hair,” she said.

There's a plethora of tutorials online for DIY hair maintenance and styling, such as cutting your own bangs or straightening hair, as well as hair care product reviews and recommendations.

But to help clients when they can’t meet face-to-face, some local salons are keeping in touch with clients via email or social media, sharing tips and updates and even posting their own how-to videos.

Elle Salon South in Hamburg posted a tutorial video on Facebook @Ellesalonsouth on how to trim men's hair, including the tools needed and step-by-step instructions.

Lizzy Dugan, of Salon Elizabeth in Elma, posted a video on Instagram @salonelizabeth_buffalo demonstrating how to create braids with extensions, as well as another on how to remove gel polish from nails. Clients can also order products from the salon to be shipped for free, including gray coverage powders, Dugan said.

“We started reaching out to clients March 22 with an email about being able to pick up their products with porch pickup – with total social distancing. They would email their order, do a porch pickup and email their payment,” said Michele Griffasi, owner of Michele for Hair salon and barber on Elmwood Avenue, which specializes in Aveda hair, skin and body care products.

“From there I started developing the online store,” said Griffasi, who hopes to have it up soon.

Some people may have stocked up on hair coloring or root coverage products from the grocery store or pharmacy, or plan to order from online retailers and manufacturers.

As for attempting to do a full color at home, Brynn Stroehlein, hairstylist at Shear Passion, Williamsville, offered a warning – and an alternative until salons reopen:

“Wear a hat. Get some cute headbands. Ride it out like the rest of us. We are all gray. Box color sometimes works, but lots of times it doesn’t. We’ve seen horrible things happen. We will get you back with corrective color, but it will take lots of time and lots of money,” she said.

Some advice from a woman who stopped coloring her hair a medium ash blonde 20 years ago: "Life became much simpler when I didn't have to go for touch-ups every month," said Terri Brennan Campbell, branch manager at MJ Peterson.

Before going natural, "I had a vision of what it could be because my grandmother's hair turned white at age 30," said Campbell, whose white hair is styled in a blunt bob.

Feeling proud of your DIY hair coloring, styling or cutting skills? Or was it a bit of a disaster? Either way, send photos of your efforts attempted on your own hair or that of family members to smartin@buffnews.com . We may publish them with your permission, of course. Before and after photos are welcome.