There are few institutions that continue to serve Buffalo in mostly the same way since the 1918 Spanish flu pandemic, but the Broadway Market is one. 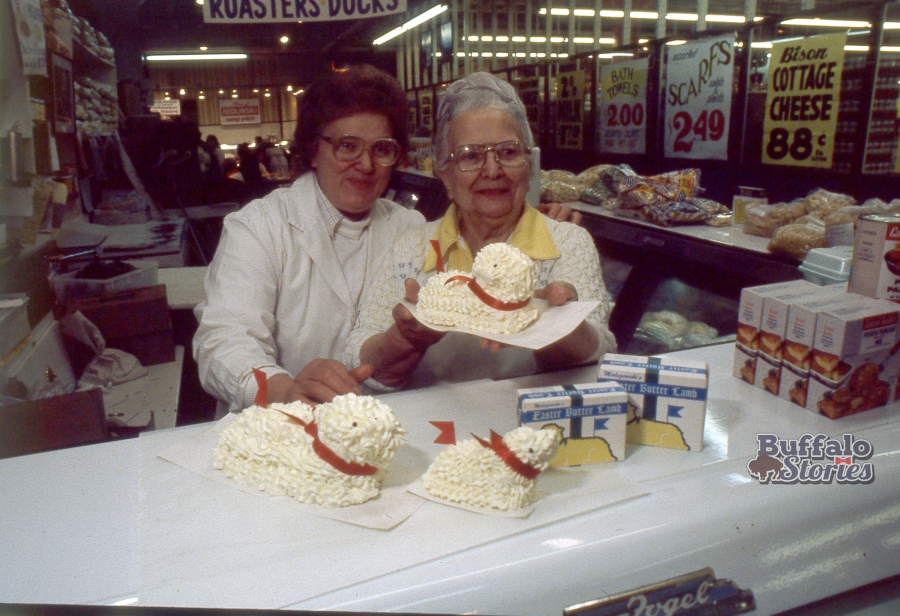 Dorothy Malczewski and her mother, Anna Gondek, showing off the butter lambs they made famous at the Broadway Market in 1983.

During the 1918 flu, Mayor George Buck shut down nonessential businesses in Buffalo. With a ring of the familiar, taverns and churches were closed to help stop the spread. But then as now, food shopping was deemed essential – and the Broadway Market has remained open during pandemics 102 years apart.

Once again familiar during our current crisis, Buck ordered anyone in public to wear a mask, and Buffalo’s Chief of Police Henry Girvin began taking a hard line on a law already on the books. 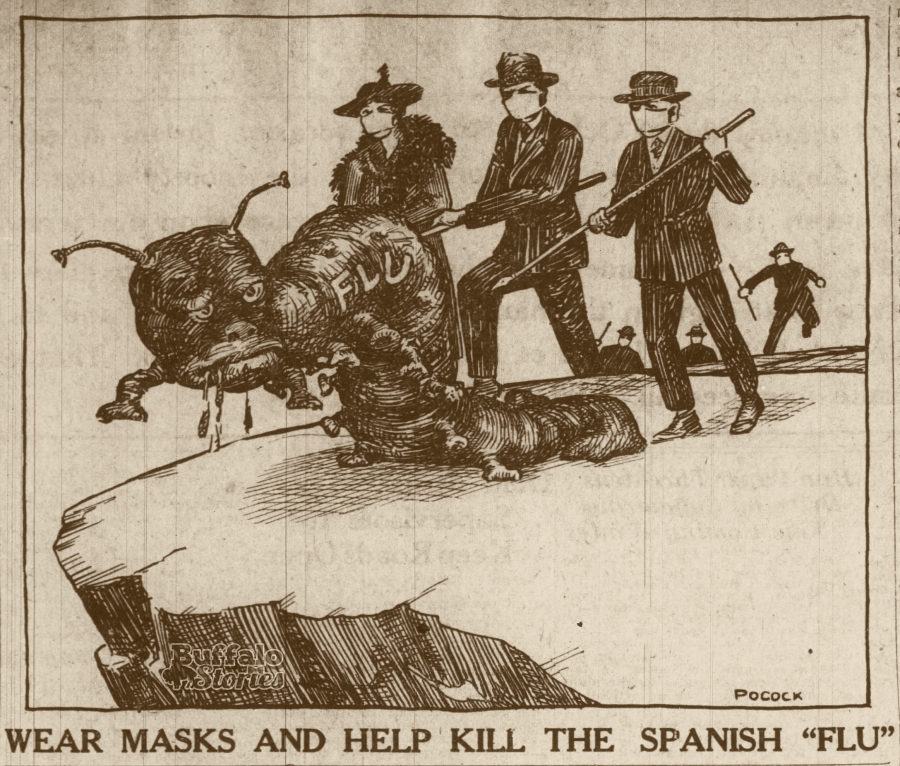 “An anti-spitting crusade has been started by Chief Girvin and the health authorities. An appeal has been made to stop the nuisance,” reported The News in October, 1918. 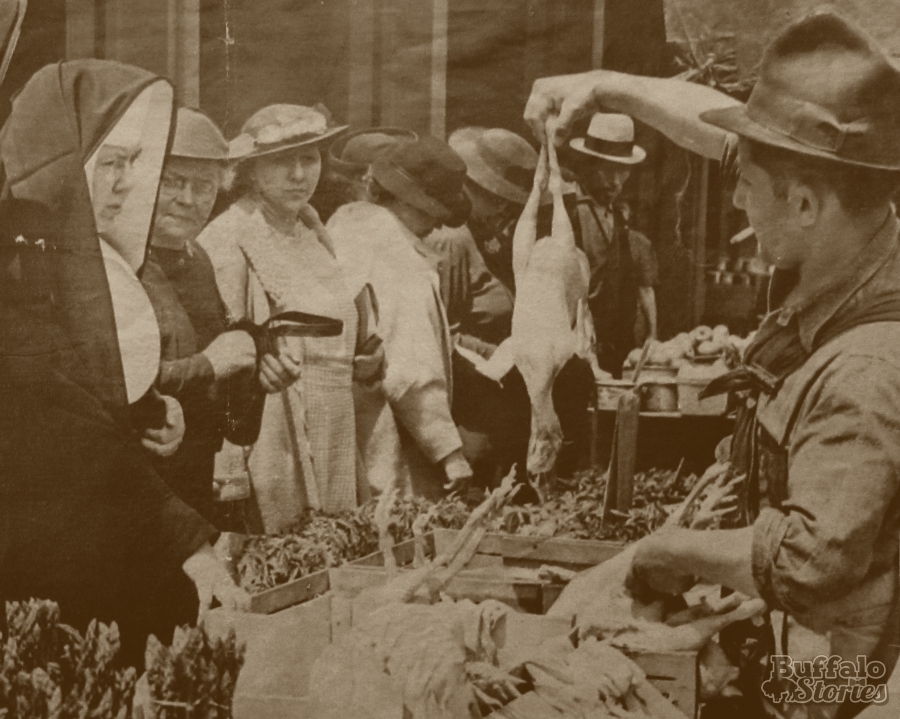 Nuns buying chickens at the market in the 1930s.

The chief told Buck violators would be arrested. “That work will begin in public markets where spitting is especially dangerous because of the presence of foodstuffs. Expectoration is one of the main methods for the spread of the disease and the persons who insist on spitting all over everything and everybody have become a menace.” 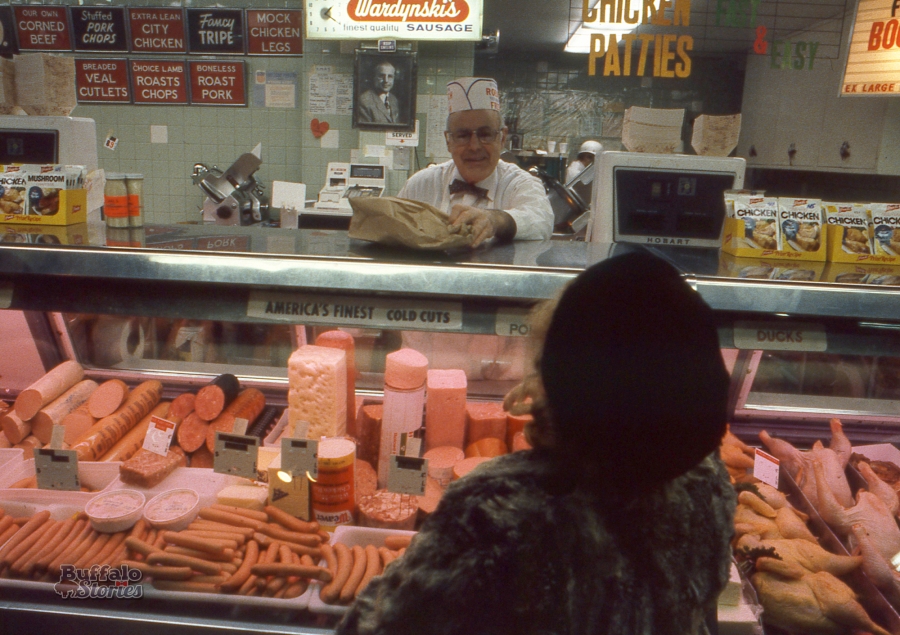 William Roesch manning his family stand at the market in 1983. His father, Charles, was the market’s original “Charlie the Butcher” and served as mayor of Buffalo. His son is the one-time Broadway Market butcher who runs the chain of beef on weck restaurants.

During the current pandemic, the market remains open serving the community as it has since 1888.

The typical Easter crowds are not swelling out onto Broadway like they usually do, but you can shop inside the market or arrange for curbside pickup or home delivery. Discount Diva Samantha Christmann explains how in the story below.

The Broadway Market bustles every Easter ... but not this year

Tony Krupski, a member of the legendary Buffalo Polka band “The Krew Brothers,” is one of dozens of wandering accordion players whose work became the soundtrack for shopping at the Broadway Market.

Krupski died in 2018, the same year he sang this version of  “the Buffalo Polka” at the market.