Their screens may be dark, but locally owned movie theaters are coming up with creative ways to support customers and themselves through contests, concession sales and virtual cinema.

You'll receive a text with price and your order number. Pay for your order using Venmo username @Hamburg-Palace and mention your name and order number. Orders must be placed and paid for by 6 p.m.

When you arrive, text your name and order number; the concessions will be brought to your car in a sealed plastic bag.

Concessions include popcorn ($4 to $8) and candy ($2 to $8) including Kit Kat, Twizzlers, M&M's and Reese's Pieces. The full list and all directions are online.

The Aurora Theatre (673 Main St., East Aurora) is hosting a "marquee message" contest where it has been accepting submissions for the "best marquee message that ties in Hollywood and the situation of the day." The theater received more than 250 entries with final voting on the top eight slogans continuing to the afternoon of April 9 through links on Facebook, its website and surveymonkey.com.

The winner will be announced the afternoon of April 9 with the winning entry displayed in lights on the marquee on April 10. The winner receives such prizes as having their picture taken under the marquee; free admission to movies and free concessions through April 30, 2021, at the Aurora; and a movie-themed gift basket.

The Aurora, Dipson and North Park theatres are all participating in "virtual cinema" programs in which you buy a ticket through their individual websites to stream a movie from home and the theater gets half the proceeds. Rental tickets are generally $10 to $12 (otherwise the price will be noted). Again, the individual theaters only receives proceeds if you rent the movie through links on its website.

Some of the films are streaming via multiple theaters. The description will only be listed the first time; the direct ticket link will be under each theater. All are available now to stream unless noted. Visit each theater's website for more details. 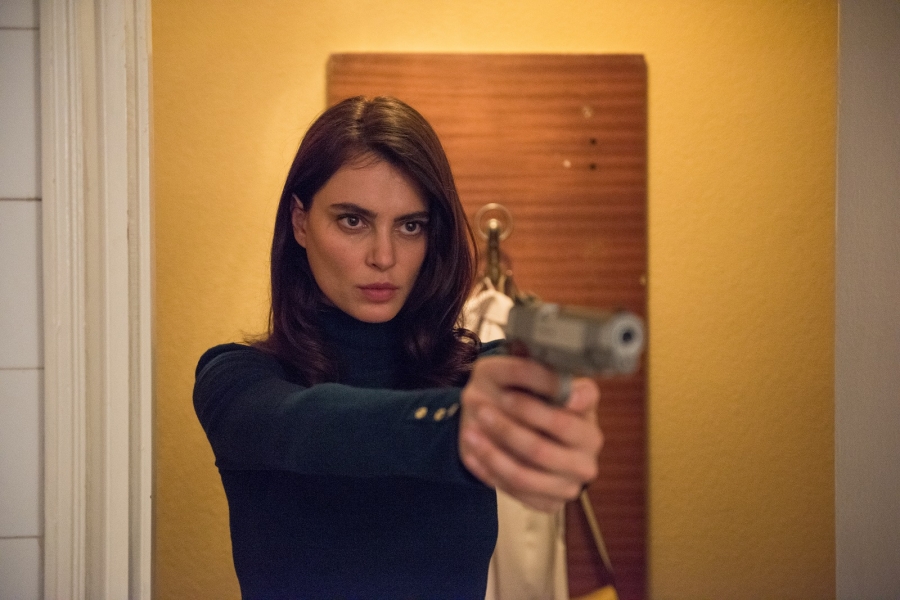 "The Whistlers." In this dark comedy, a police inspector travels to the island of La Gomera to learn a whistling language in an attempt to help spring a criminal from a Bucharest prison. In Romanian, English and Spanish. Here is the ticket link.

"Once Were Brothers." This well-regarded documentary on Robbie Robertson and the creation of the Band includes rare archival footage, interviews and photos. Here is the ticket link. 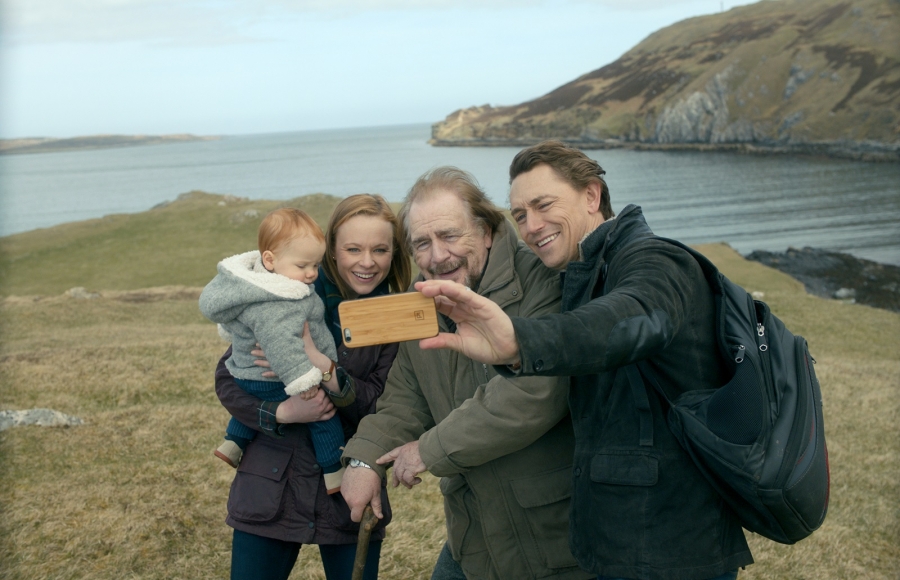 Brian Cox, center, rediscovers the strength of the family bond in "The Etruscan Smile." Watch it as part of a virtual cinema series offered by local independent theaters. (Photo courtesy of Lightyear Entertainment)

"The Etruscan Smile." Brian Cox plays a Scotsman who reluctantly leaves his home for San Francisco where he's forced to move in with his estranged son as he seeks medical treatment. Based on the bestselling novel by José Luis Sampedro. Here is the ticket link.

"Once Were Brothers." See description above. Here is the ticket link.

"The Roads Not Taken." (Available April 10). Javier Bardem, Elle Fanning and Salma Hayek star in director Sally Potter's tale of the day in the life of a man and his daughter as he floats through alternate lives he could have lived.

"Slay the Dragon." Documentary from directors Barak Goodman and Chris Durrance on political gerrymandering. A ticket is $6.99; here is the ticket link.

"The Whistlers." See description above. Here is the ticket link. 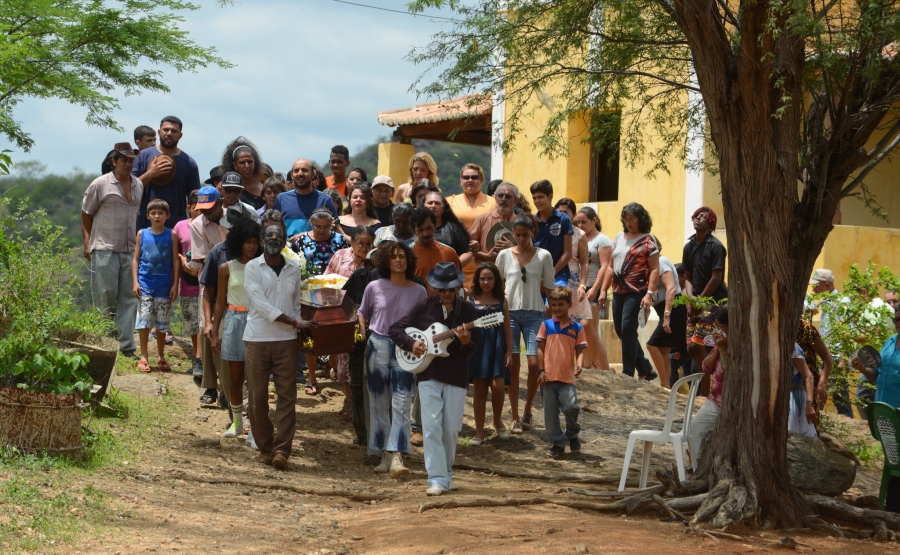 A funeral in a small village sets off a chain reaction of odd events in "Bacurau." (Photo courtesy of Victor Juca)

"And Then We Danced." A coming-of-age story set in the world of Georgian dance about a young male dancer whose life is upended by the arrival of another male dancer. The performance of dancer Levan Gelbakhiani, who was discovered on Instagram, has been universally heralded. Here is the ticket link.

"Bacurau." Plucky villagers fight for survival in a remote Brazilian village after it disappears off a map including and faces odd happenings like a UFO-shaped drone and the arrival of a band of armed mercenaries. Winner of the 2019 Cannes Jury Prize, the film stars Sonia Braga and Udo Kier. Here is the ticket link.

Best of "Catvideofest." Available April 10. The popular annual compilation of cat videos will be available on a pay what you can basis.

"Corpus Christi." In this nominee from Poland for best international film at the 2020 Oscars, a reformed criminal prevented from applying to the seminary dresses up as a priest in a small-town parish. Here is the ticket link.

"The Etruscan Smile." See description above. Here is the ticket link.

"Extra Ordinary." An Irish horror comedy about a woman with supernatural abilities trying to save a possessed girl. Oh – and Will Forte plays a rock star who has sold his soul to the devil. Here's the ticket link.

"L'Innocente." This is the restoration of Luchino Visconti's final film (1979) about an Italian aristocrat cheating on his wife who then becomes worried that his wife is cheating on him. Starring Giancarlo Giannini, Laura Antonelli and Jennifer O'Neill. Here is the ticket link.

"The Roads Not Taken." Available April 10. See description above.

"Slay the Dragon." See description above. A ticket is $6.99; here is the ticket link.

"Sorry We Missed You." The new film from Ken Loach continues his look at social issues in the story of a family hard-hit by the 2008 financial crash. In a desperate attempt to support the family, the husband buys a truck to work as an independent delivery driver. Here is the ticket link.

"The Woman Who Loves Giraffes." Documentary on Anne Dagg, who retraces her steps as a 23-year-old biologist who made an unprecedented solo journey to South Africa to study giraffes in the wild. Here is the ticket link.

The films of Istvan Szabo. Available April 10. Three films will be available for streaming from the acclaimed Hungarian director: "Mephisto," "Confidence" and "Colonel Redl."